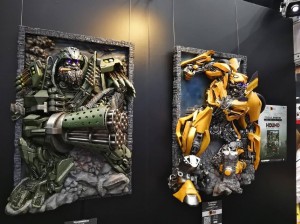 Some more images have surfaced from Toysoul 2017, the event currently taking place in Hong Kong, showcasing a number of licensed Transformers products, and hosting companies such as Flame Toys and Super Fans Group. The latter, in fact, which we covered recently by showing their wall decoration Megatron, in his Transformers: The Last Knight design, also seem to have a whole line planned of statues in the same concept.

The images below, which are mirrored from Weibo user 小白哥乌拉诺斯, appear to feature Autobots Optimus Prime, Hound, and Bumblebee alongside the Decepticon leader too, all in their latest live-action movie designs, plus a special promotion for the Megatron one exclusive to the show. Check them out below, and let us know what you think of the admittedly quite bulky wall decorations in the Energon Pub discussion boards! 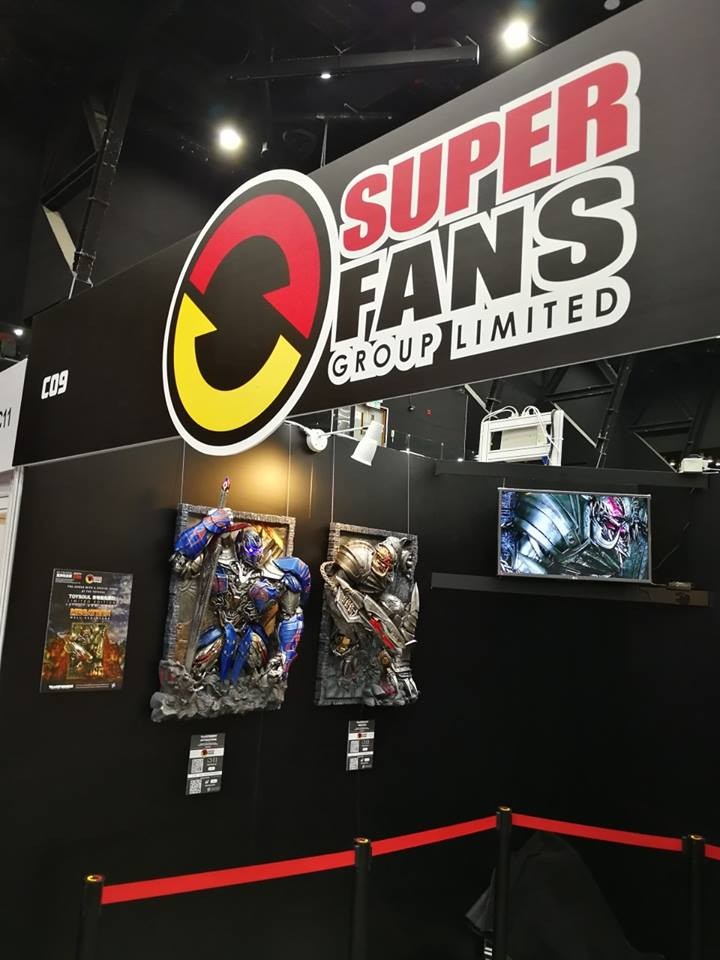 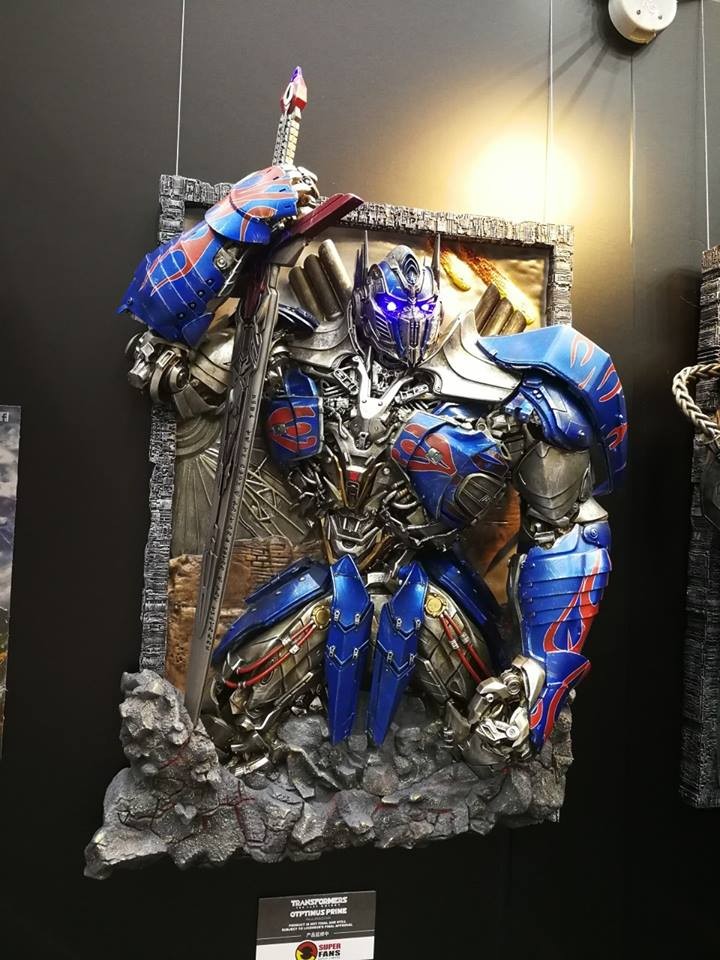 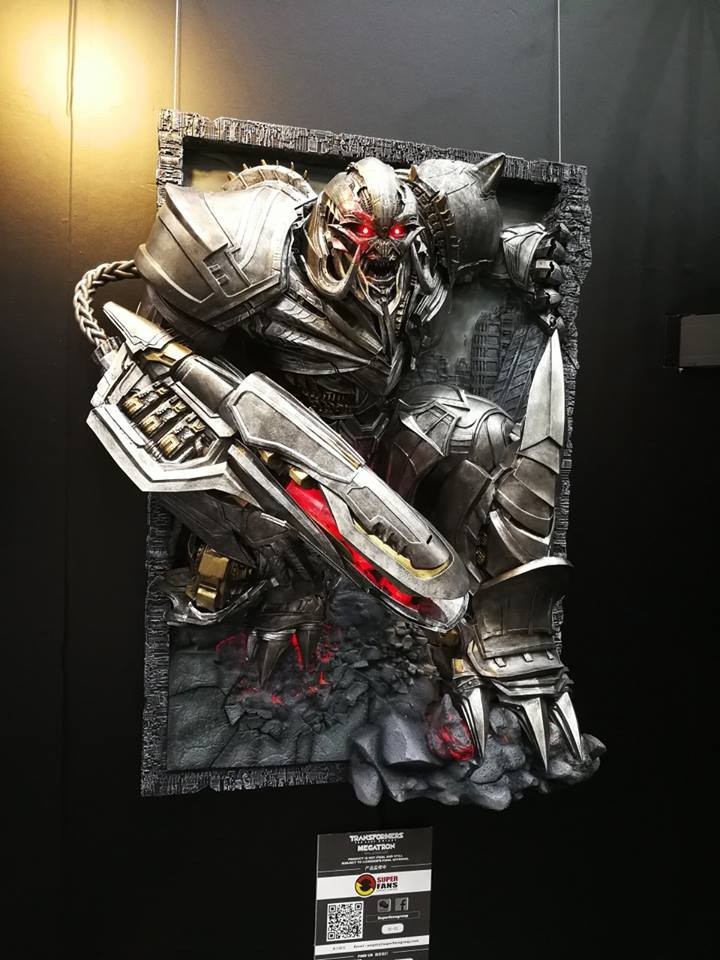 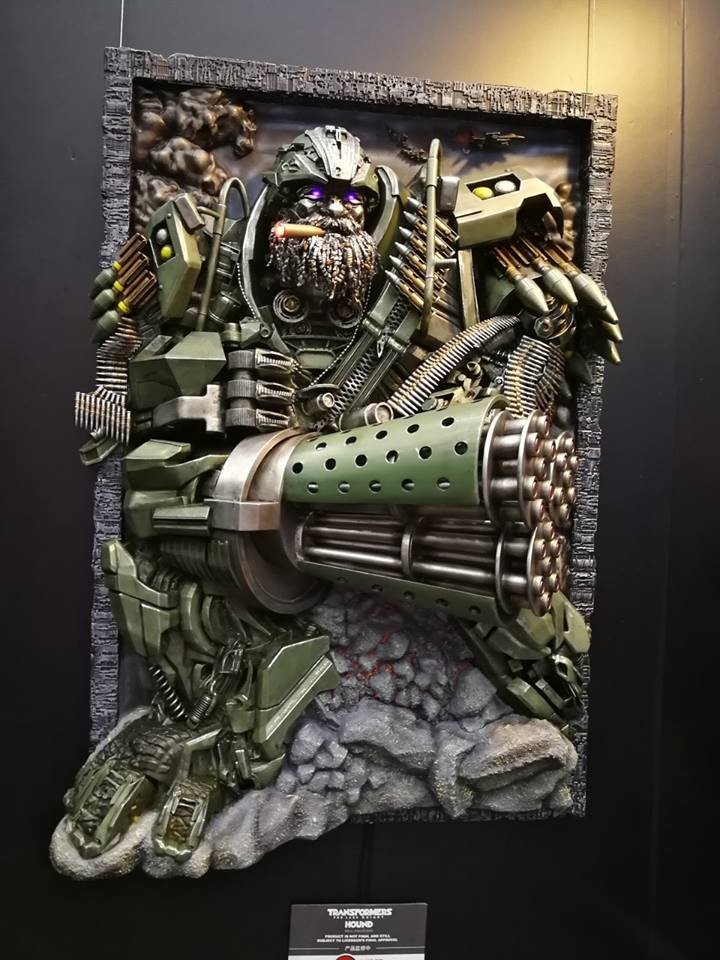 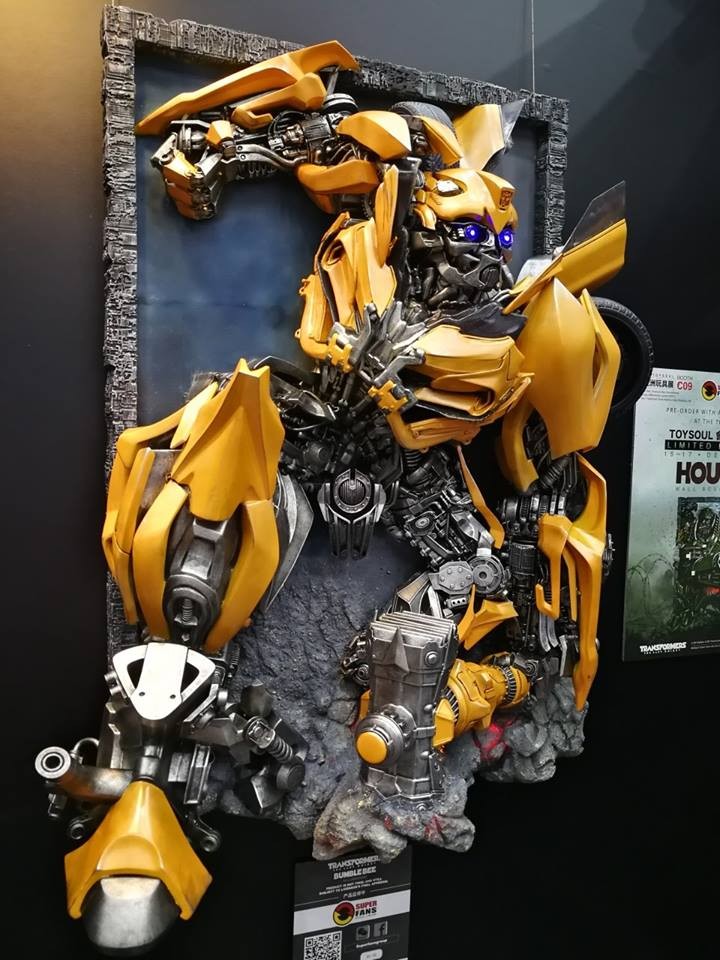 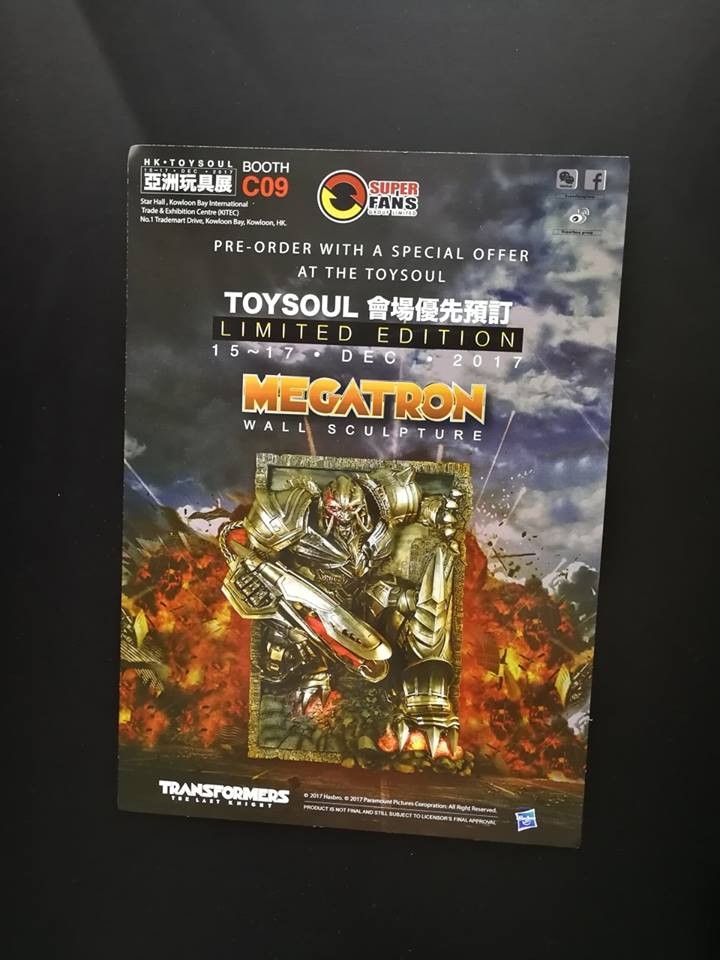 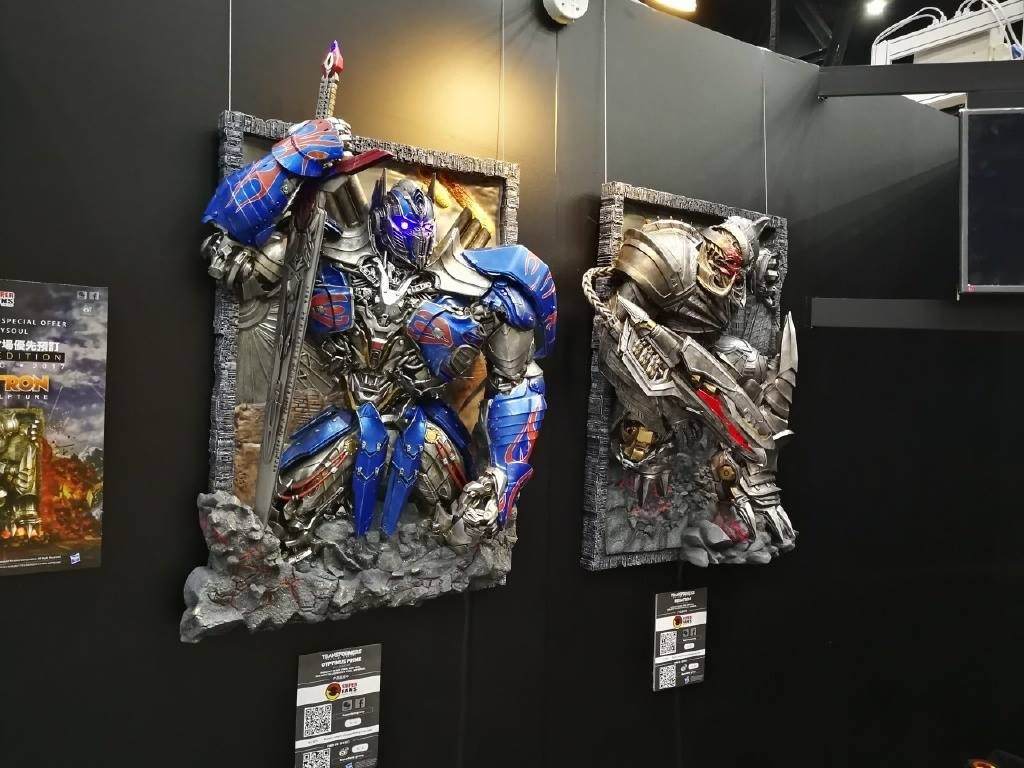 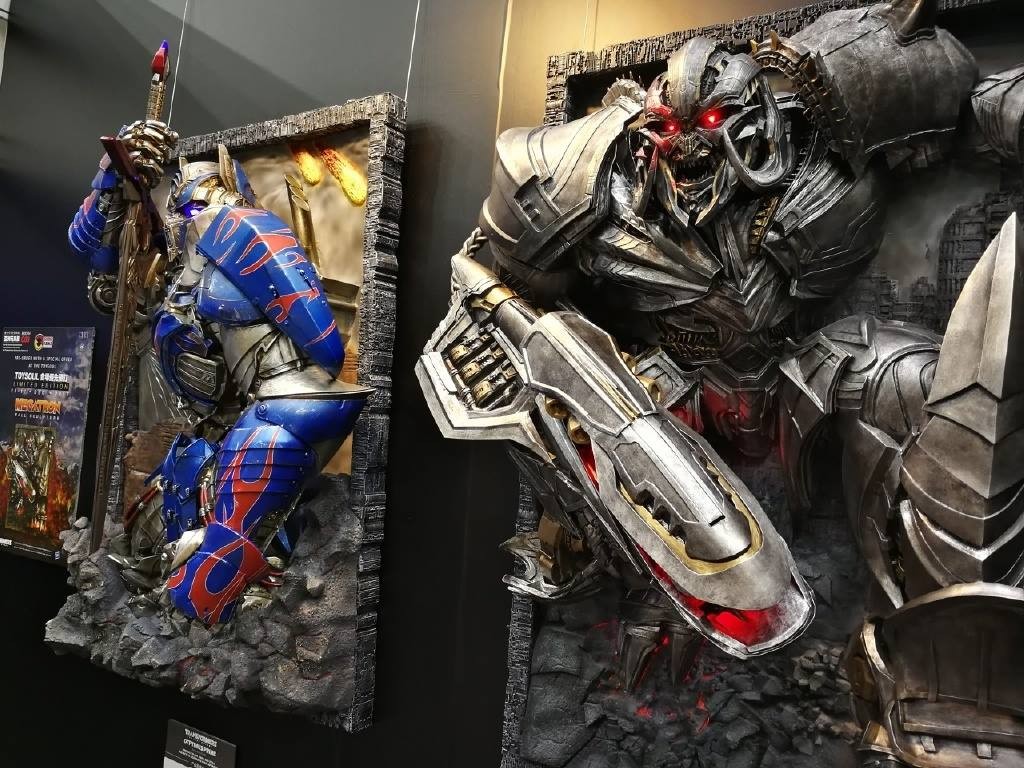 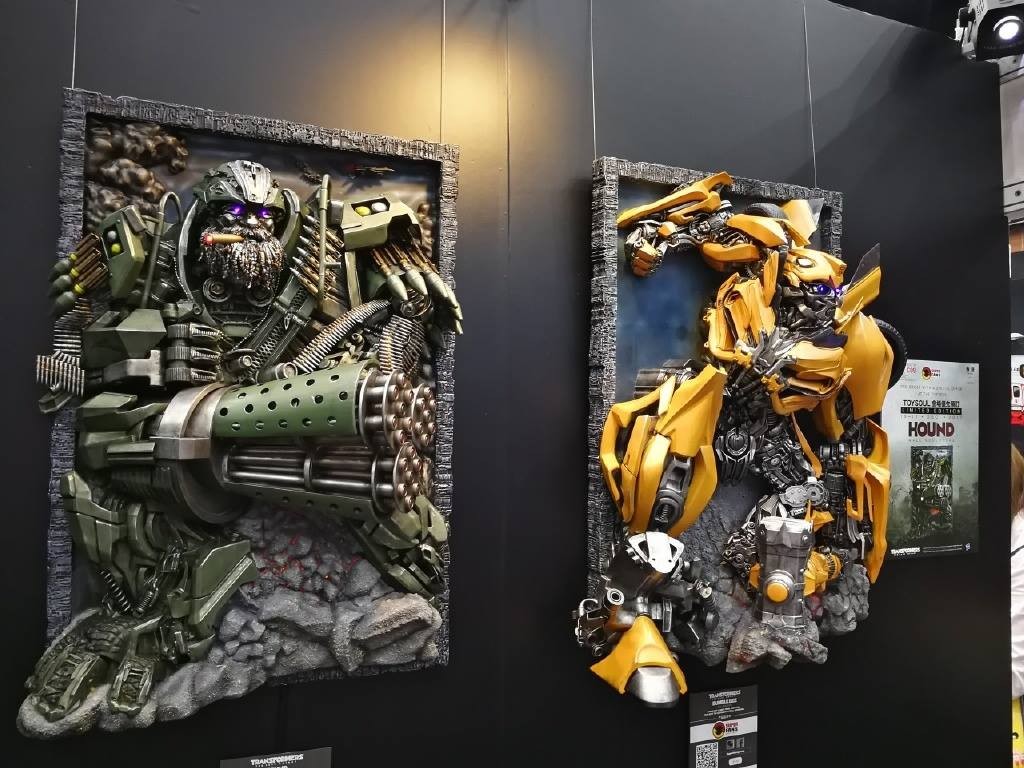