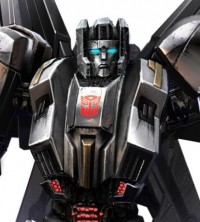 Activision has sent us more new info regarding Transformers War for Cybertron. Here we can see bios and new images of Silverbolt and Decepticon Brawl from the upcoming game, each of which were first seen here. To view all of what's new, scroll on down:

Description: SilverBolt is a Grim and brave warrior, who often worries more about his teammates then himself. He is courageous, can fly at break-neck speeds and truly believes in the Autobot cause. He would die in defense of his friends if ever given the opportunity. Description: Brawl is Megatron’s pet weapon of mass destruction. He loves nothing more than ripping Autobots limb from limb. He is obsessed with explosions and chaotic, unending combat. He often times thrusts himself to the frontlines of battle at the risk of his own spark, not caring whether he lives or dies as long as he takes an Autobot with him.