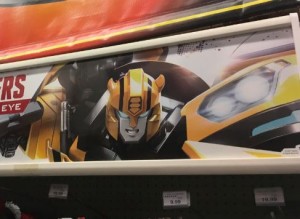 Scottimus Prime has sent us images of a new Transformers banner found at Toysrus. It features the new designs done by famed Transformers artist Emiliano Santalucia, which serve the purpose to be the new Evergreen designs for Hasbro's principle Transformers characters. These designs are meant to be new standard designs that capture the essence of the characters and which can be used perpetually and in various scenarios, like candies, cruise mascots, go karts and a new banner art for the Transformers area of a store. Different versions of the banner have been found at various locations and contain different characters but the ones shown below have Optimus Prime and Bumblebee. These same designs have also inspired the upcoming Cyberverse show (which stylized them further) and the upcoming 4.5" Transformers toyline, which can be seen both here and here. 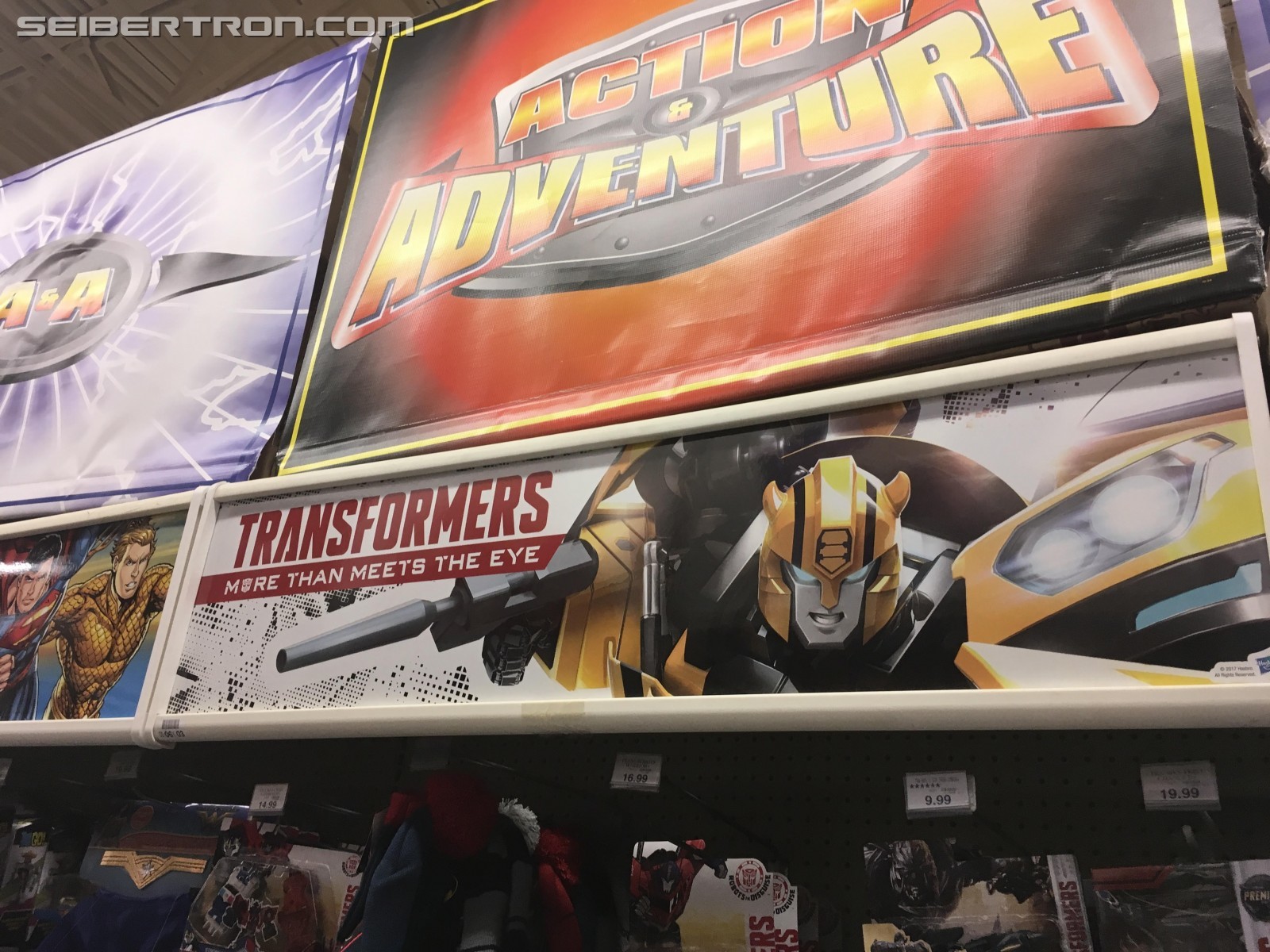 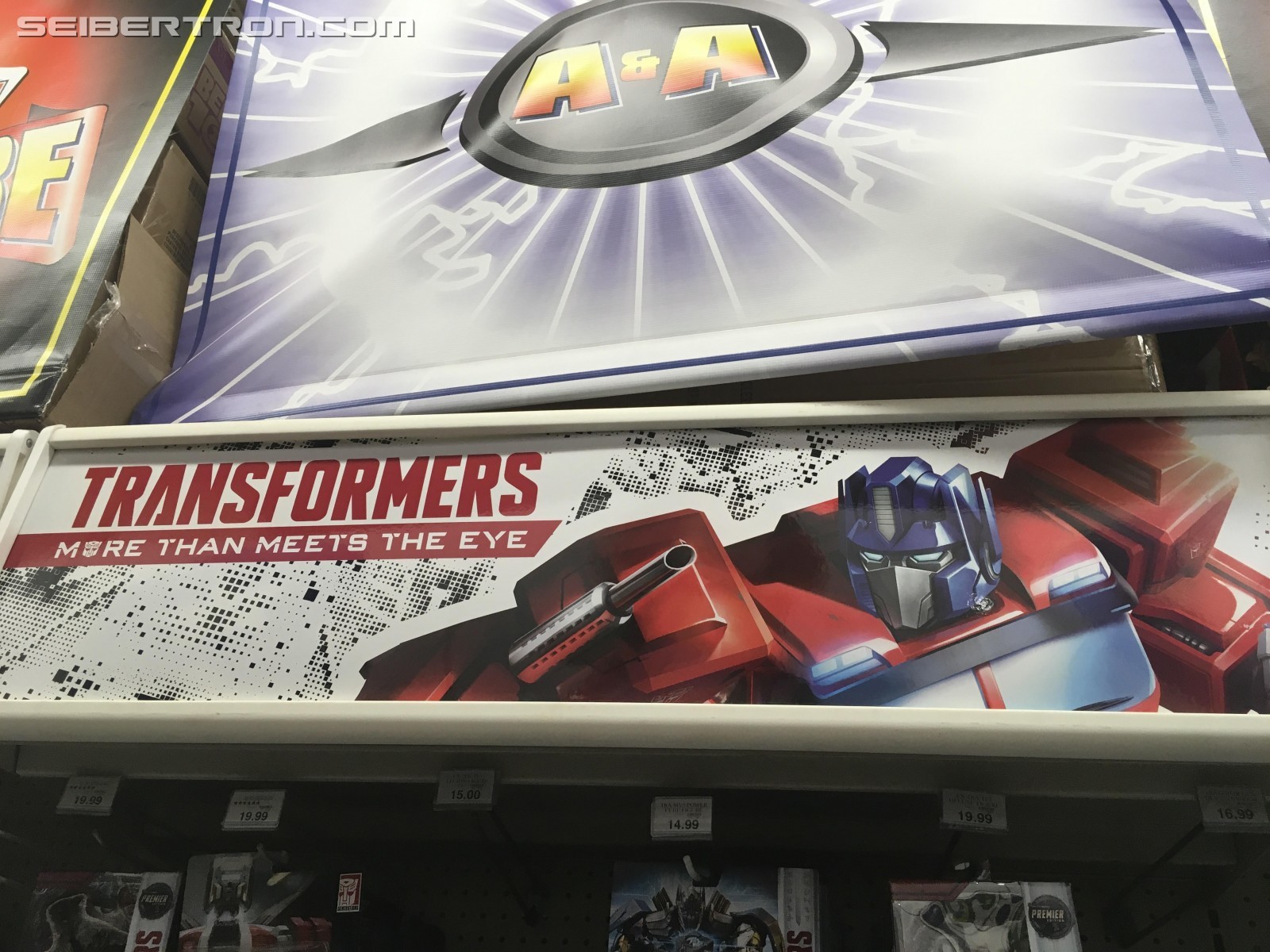 Either way I've had two new Dollar Generals open near me so my options have opened up.