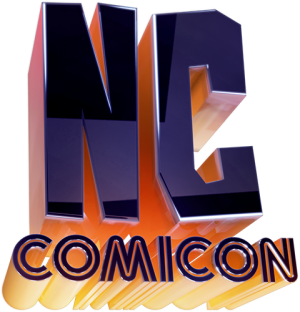 North Carolina Comicon has added many more guests to their list since our last update, and there are some heavy hitters that will be joining John Barber in the comicon. Among the new guests announced are: Ted Adams, CEO and Publisher of IDW Publishing; Chris Ryall, the Chief Creative Officer for IDW; and David Hedgecock, Editor-in-Chief for IDW. What this could possibly mean with all these IDW names showing up at the comicon is anyone's guess, but it appears that there may be some sort of announcement or something of that nature.

Check out the comicon guest list above, and go HERE to get your tickets for the event, which will be March 18-19 in Raleigh, North Carolina. Speculate below what all these IDW staff might be doing at the comicon as well!

306: History of IDW
Join IDW Publisher & CEO Ted Adams, CCO Chris Ryall, and visionary creator Steve Niles as they discuss the unique and fascinating story of IDW and its ascension to the multimedia giant it has become. Full of candid stories, sneak previews, and an open floor for questions this is the only panel to get up close with the movers and shakers of IDW who just may have a few exciting announcements up their sleeves.


201: Transformers 2017
Join writer John Barber as he talks his work on IDW’s Transformers comics and what fans can expect to see coming from the world of Cybertron over the next year!

You can view the rest of the panels with descriptions on the NC Comicon webiste, here. Are you going to NC Comicon? Do you plan to attend either of these panels? Let us know in the forums below, and if any Trasnformers News is broken during the panels, you'll hear about it right here on Seibertron.com!
Re: North Carolina Comicon Guest Update: Ted Adams, Chris Ryall, David Hedgecock (1865397)
Posted by ScottyP on March 9th, 2017 @ 6:04pm CST
Expecting the announcement of Earthwar (or some kind of crossover event with a different title relating to the thing that's been building in Micronauts about an "Earthwar") from the big wigs and something unanticipated from Barber. Milne keeps teasing some secret project on Twitter, so I'll go all out and...

hope that a new thing involving either the Scavengers, Wreckers, or both is getting announced

Re: North Carolina Comicon Guest Update: Ted Adams, Chris Ryall, David Hedgecock (1867812)
Posted by ScottyP on March 20th, 2017 @ 8:30am CDT
Here's some pictures from over the weekend! I'm not planning on front paging this (thought about it but I'm not very good at taking pictures), but thought it'd be fun to share some images regardless.