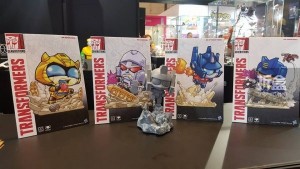 We receive more news from the Hong Kong event that brought us the first look at Transformers: The Last Knight toys, of a collaboration between Herocross and Thai sculpting company ToyLaxy as reported by chaihezi.com. The first officially licensed superdeformed figure is - unsurprisingly - of Autobot leader Optimus Prime, who comes with a power jump stand and tiny Energon axe, along with adorable big blue eyes, but will also include Bumblebee, Soundwave and Megatron. Check out packaging and prototype images below!

Toylaxy, a Thai sculpture studio, will join forces with Herocross in Hong Kong to launch a series of Q-version transformers. The first prototype samples of Optimus Prime will be exhibited at the Hong Kong International Licensing Show. 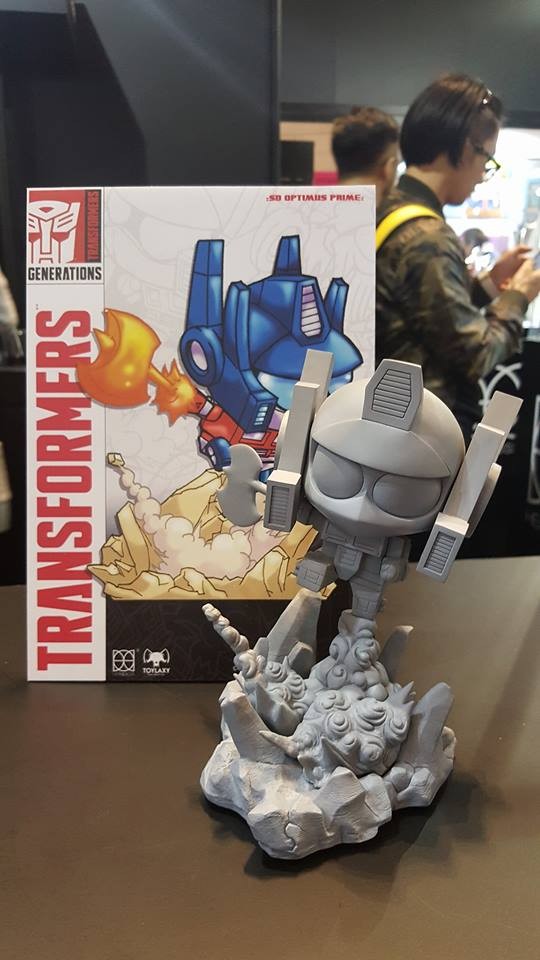 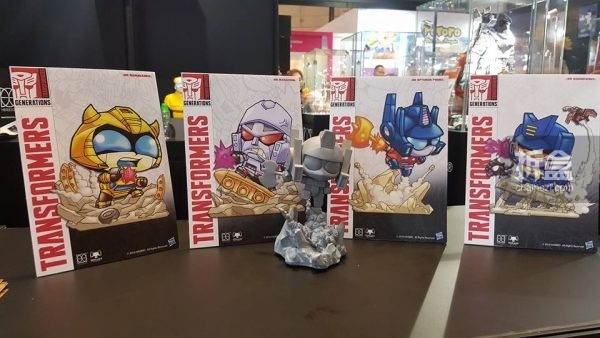 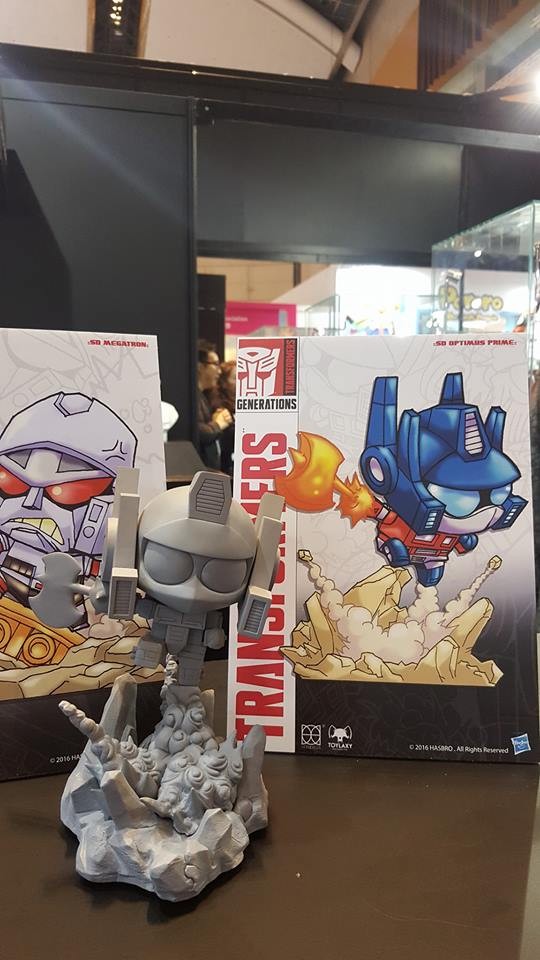 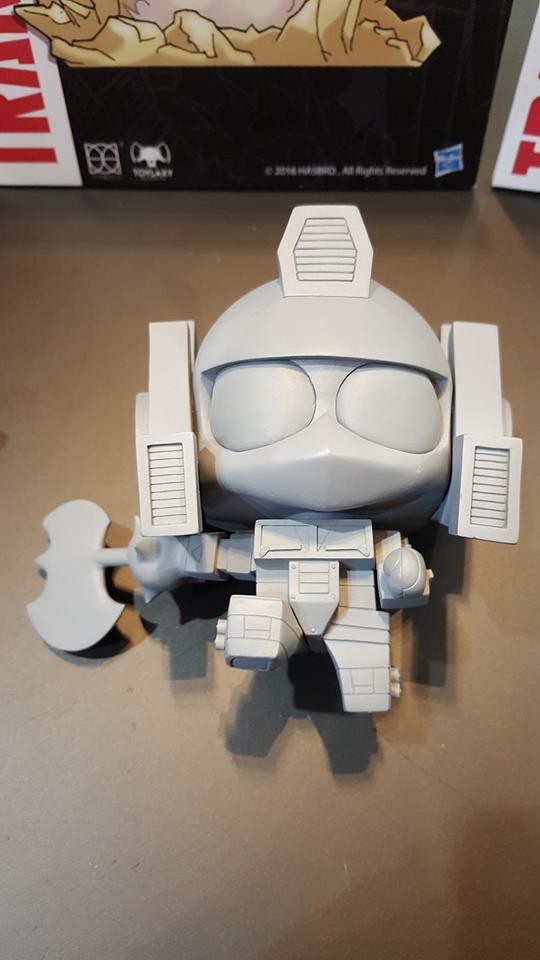 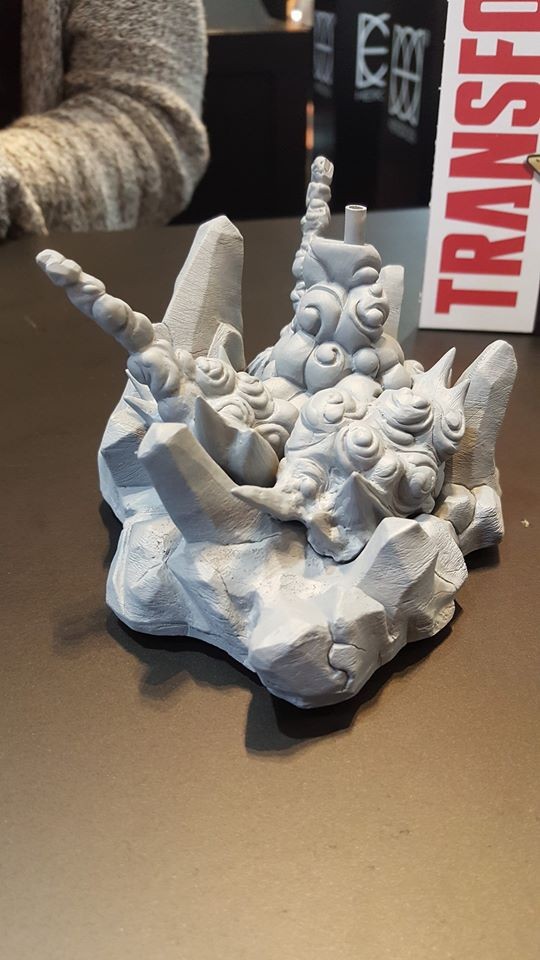 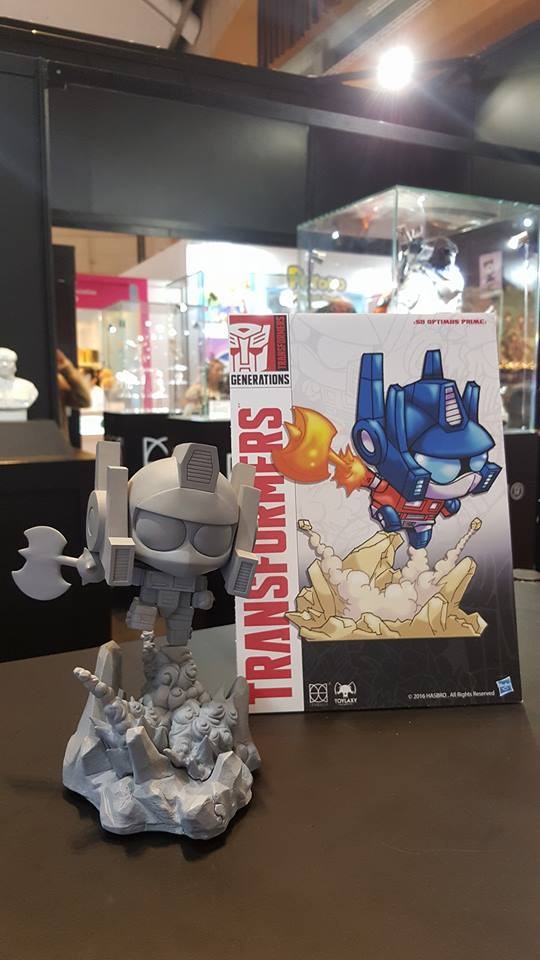 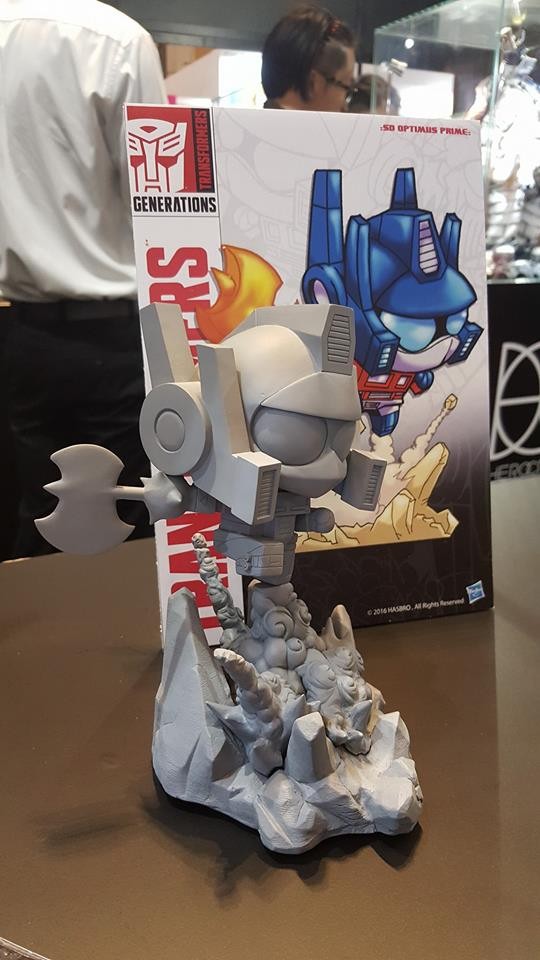