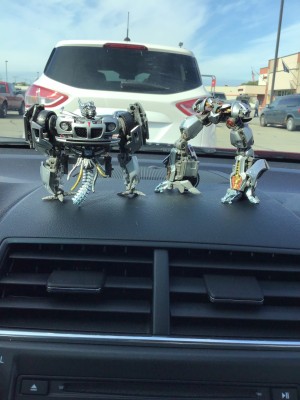 Seibertronian Ironhidensh has managed to secure the recent MPM-9 Jazz figure, and was kind enough to provide us with a pictorial review! Jazz is due out within the next month for mass retail, so for those are eagerly anticipated him, he will be on his way shortly. He is the 9th Movie Masterpiece figure, and the 7th from the newly begun Masterpiece releases, following 2007 Bumblebee, Optimus Prime, Barricade, Ironhide, Bee movie Bumblebee, and Megatron.

Check out the review below, and let us know what you think of the latest Movie Masterpiece figure in the comments section below!

Ironhidensh wrote:Well, although MPM-09 Jazz is a couple of months away from general release, he is available on eBay, and at retail price with free shipping to boot! At least the one I picked up was, so I thought I'd do a pictorial that may (or may not) help out those of you thinking of picking this racial stereotype up!

I kid, I kid..... Lets start with a couple of quick package pictures. 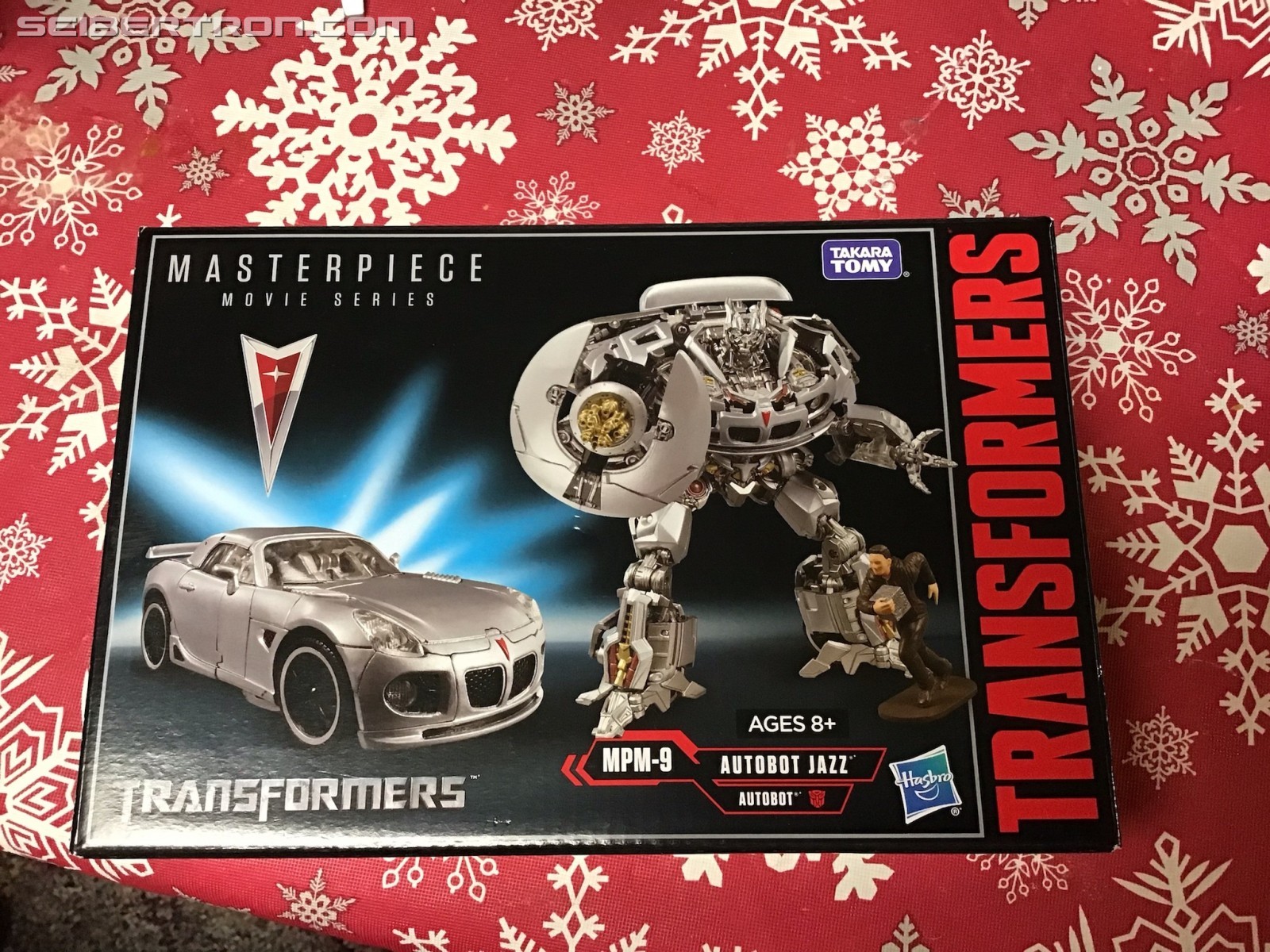 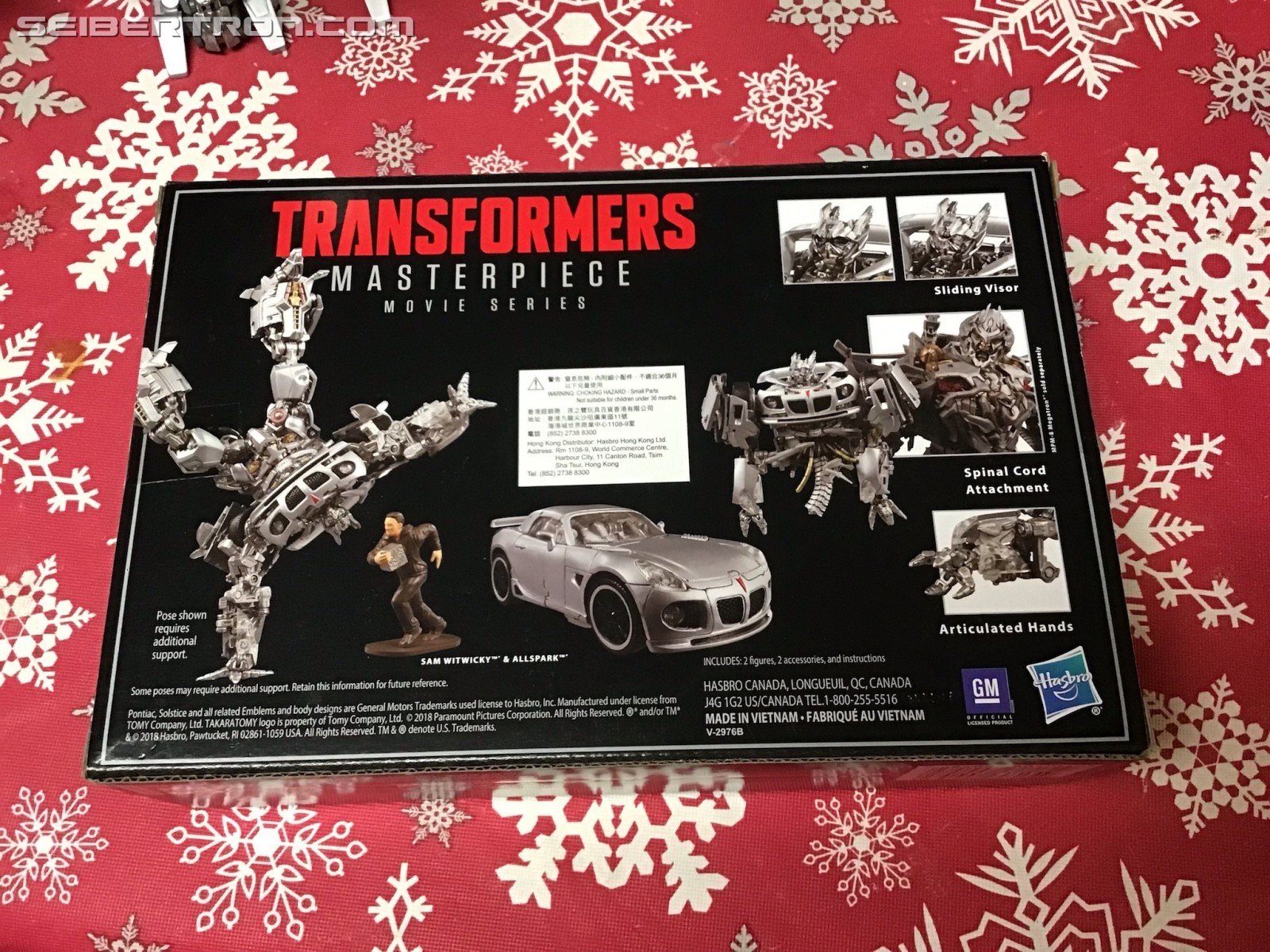 As usual, its a pretty straight forward box with nothing very fancy on it, though they do display well in a group. 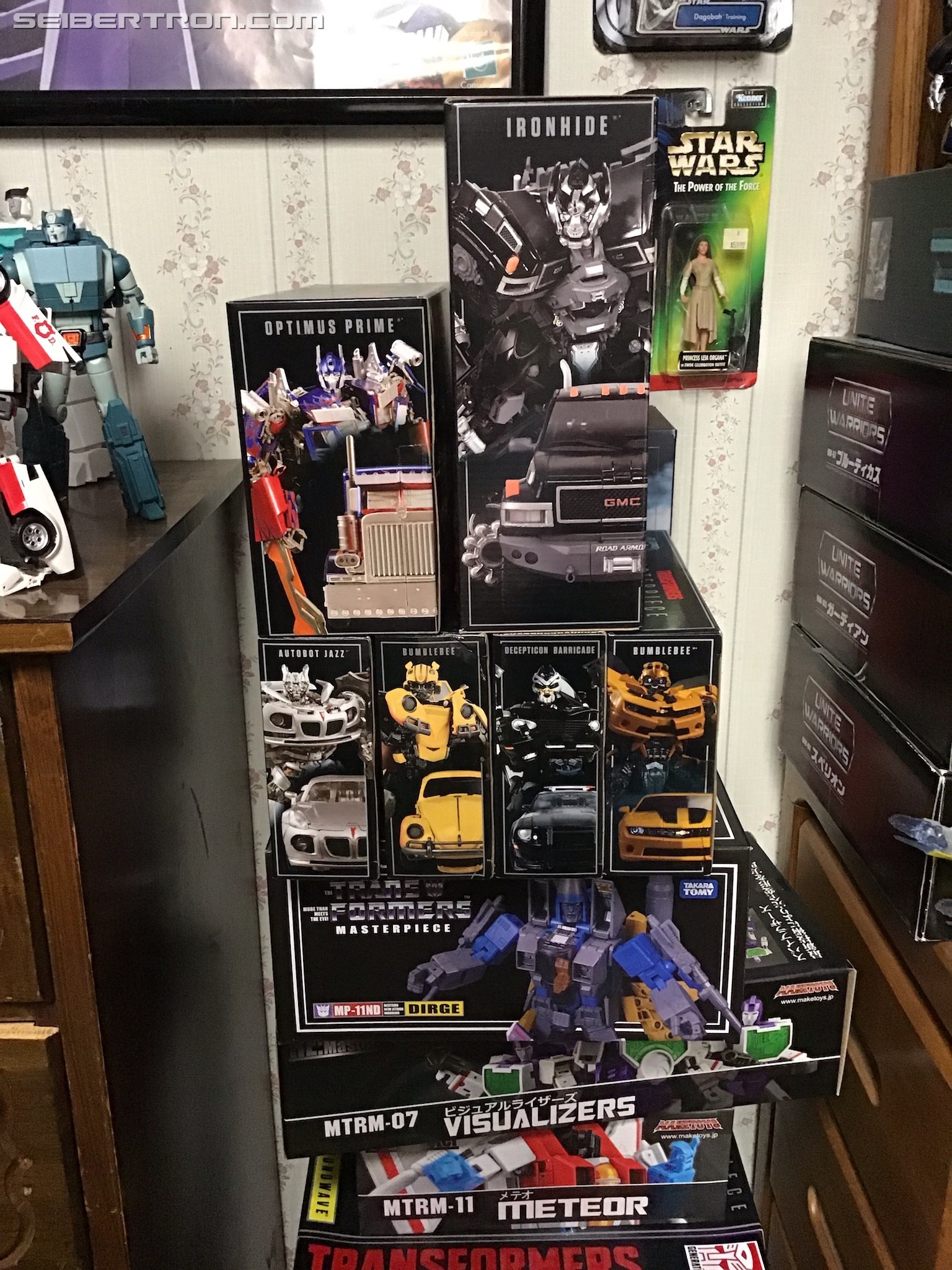 Not a whole lot of accessories come with this guy. A 'Sam running with allspark figurine I'll never use, his weapon, and his ripped in half spinal cord (we'll talk on later). 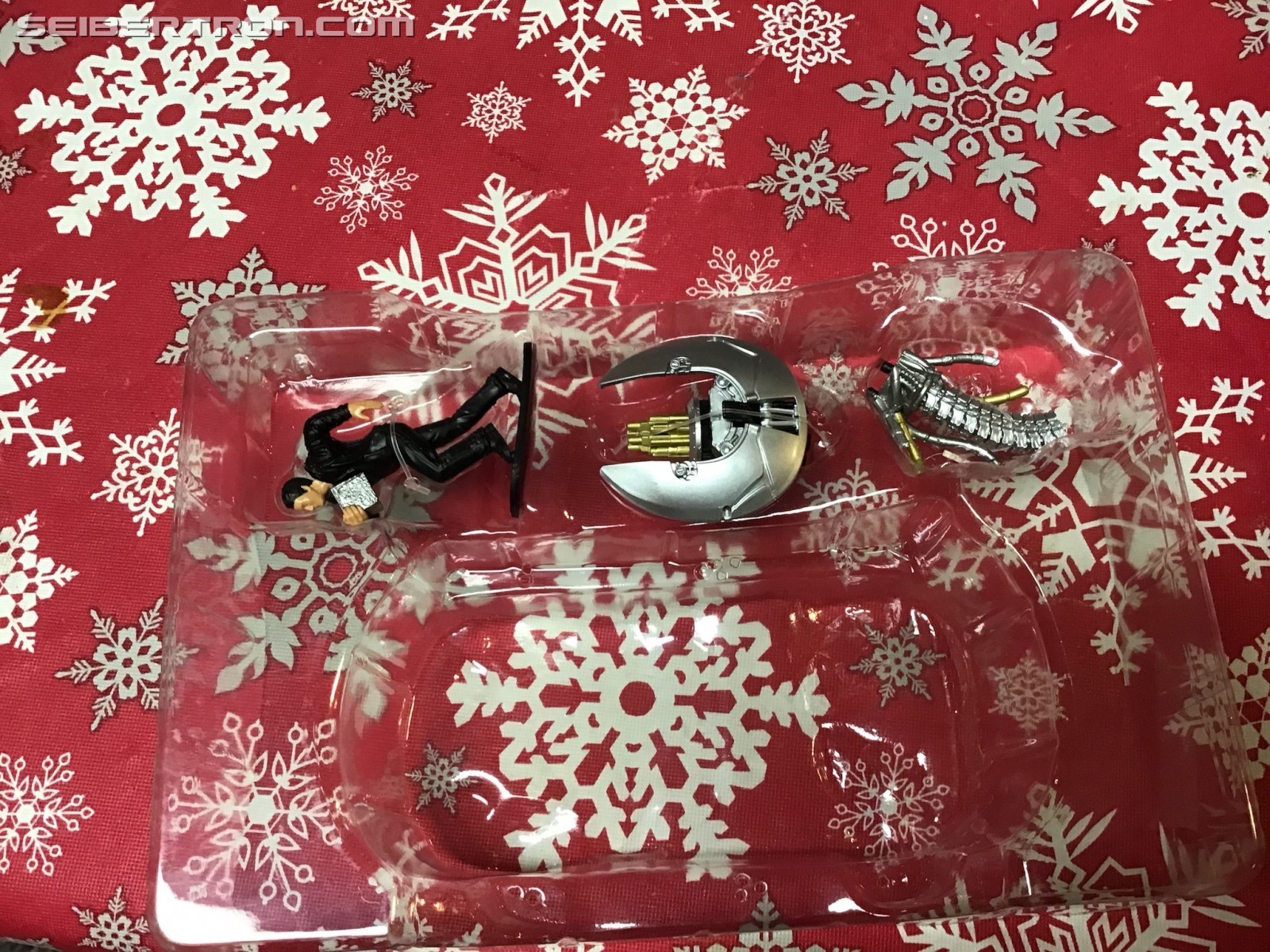 The instructions are nice and clear pictures. Not the dark print of past years. Still, they could do with being a bit more detailed. 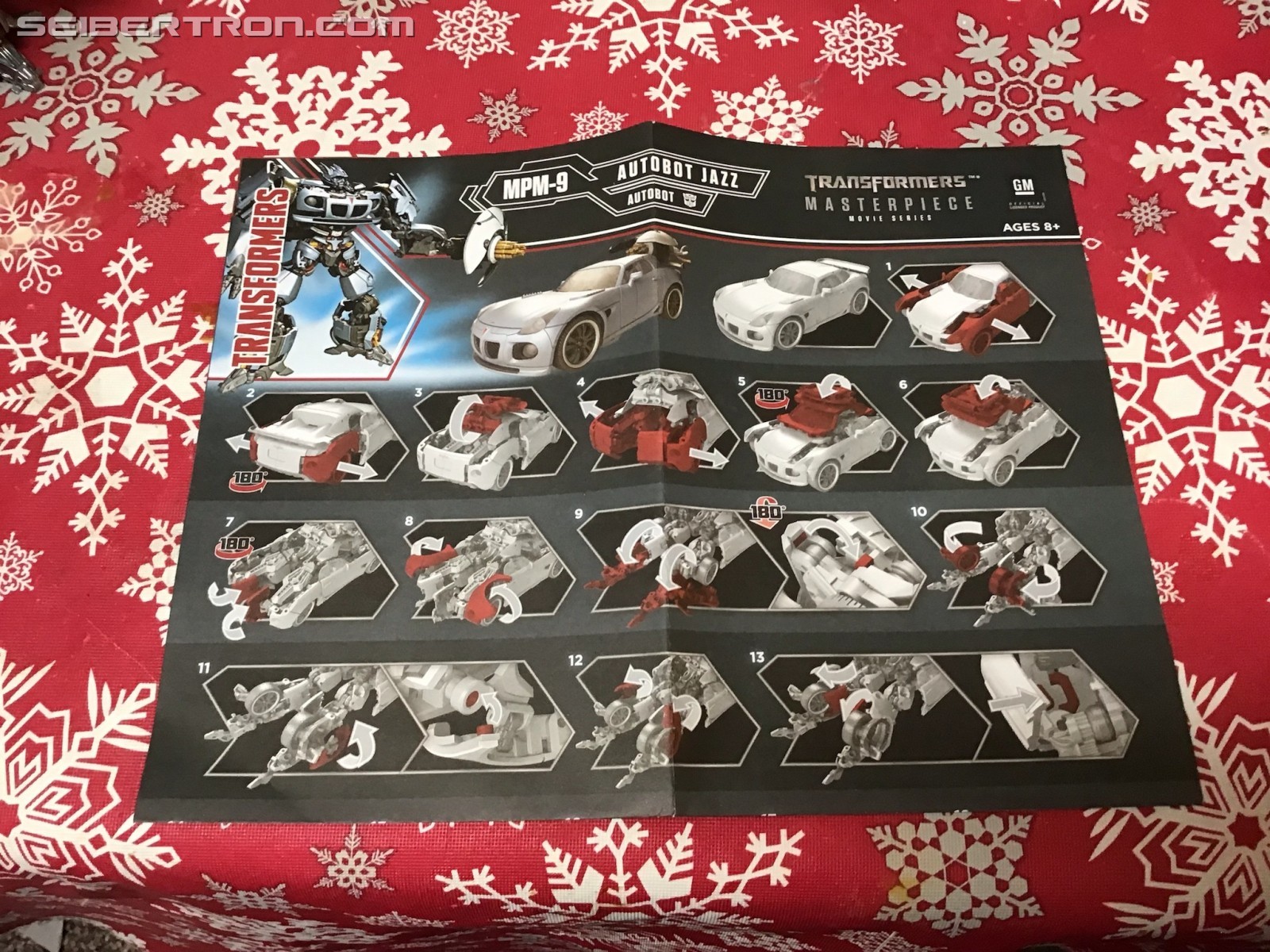 Now, for the main comparison, I have the MPM Jazz in-between Studio Series Jazz (the little one) and Human Alliance Jazz (the big one). I long ago gave my original movie series Jazz to my kids, and it is no longer in any sort of picture worthy condition. So, here we go with Car mode: 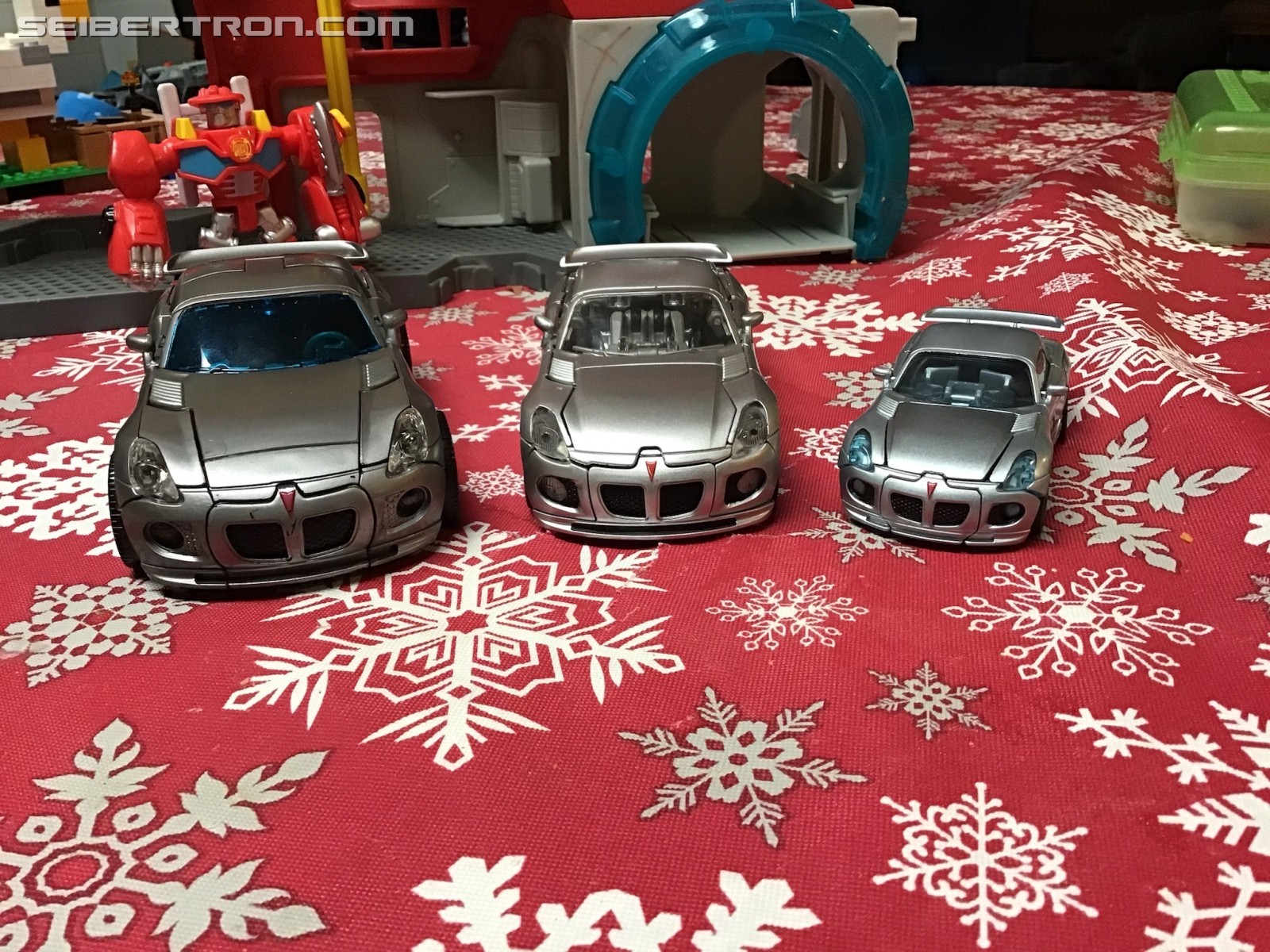 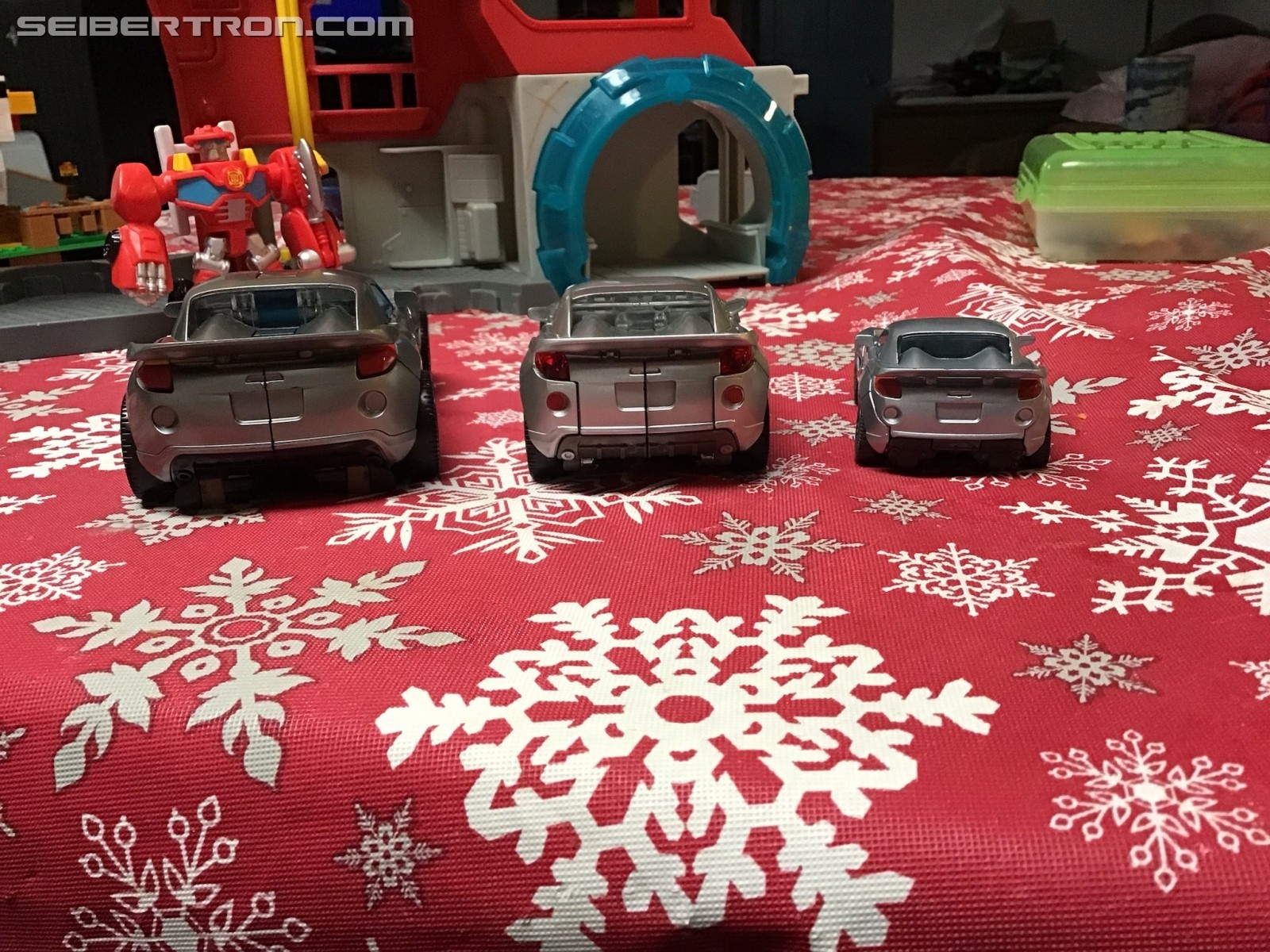 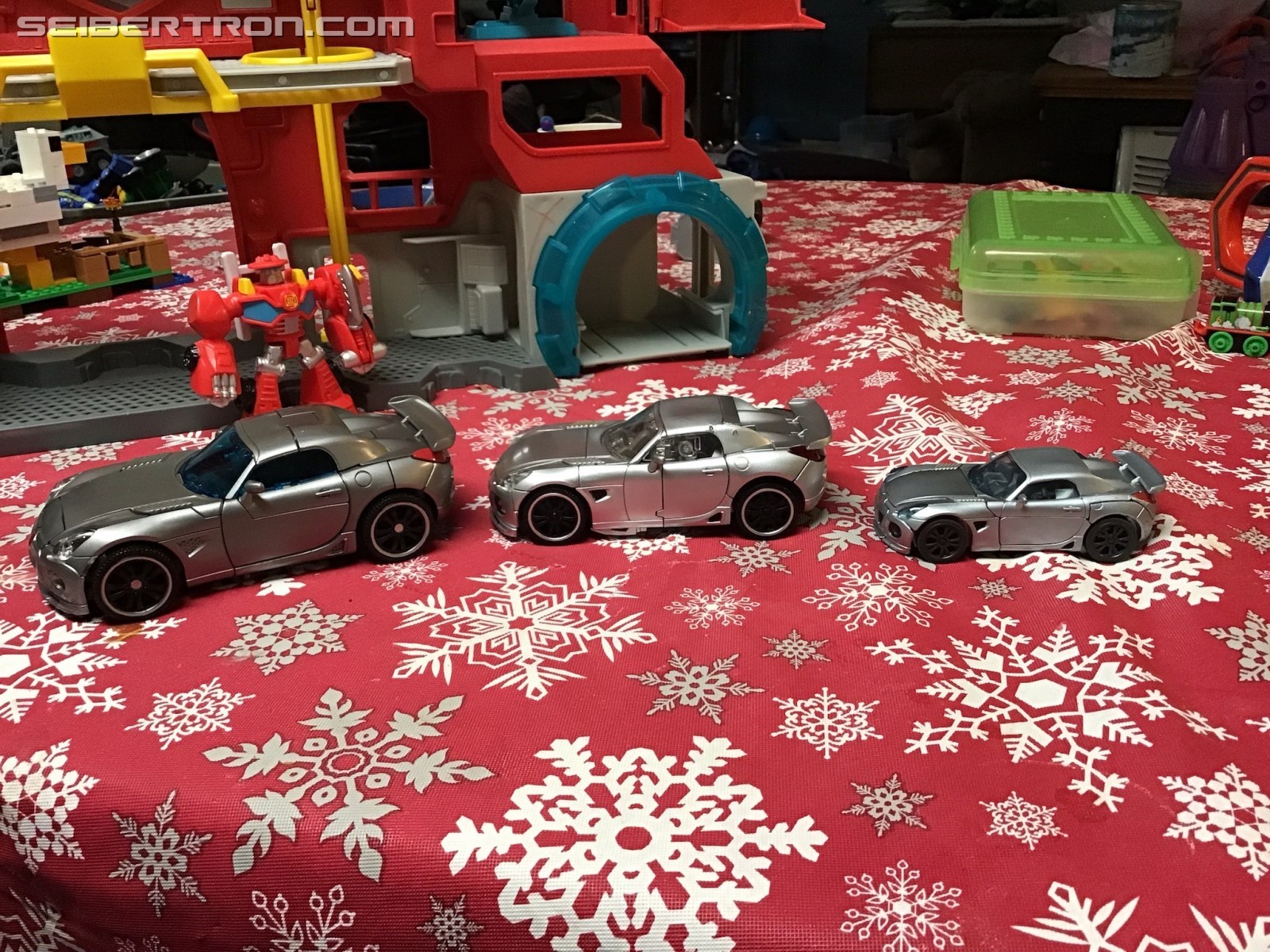 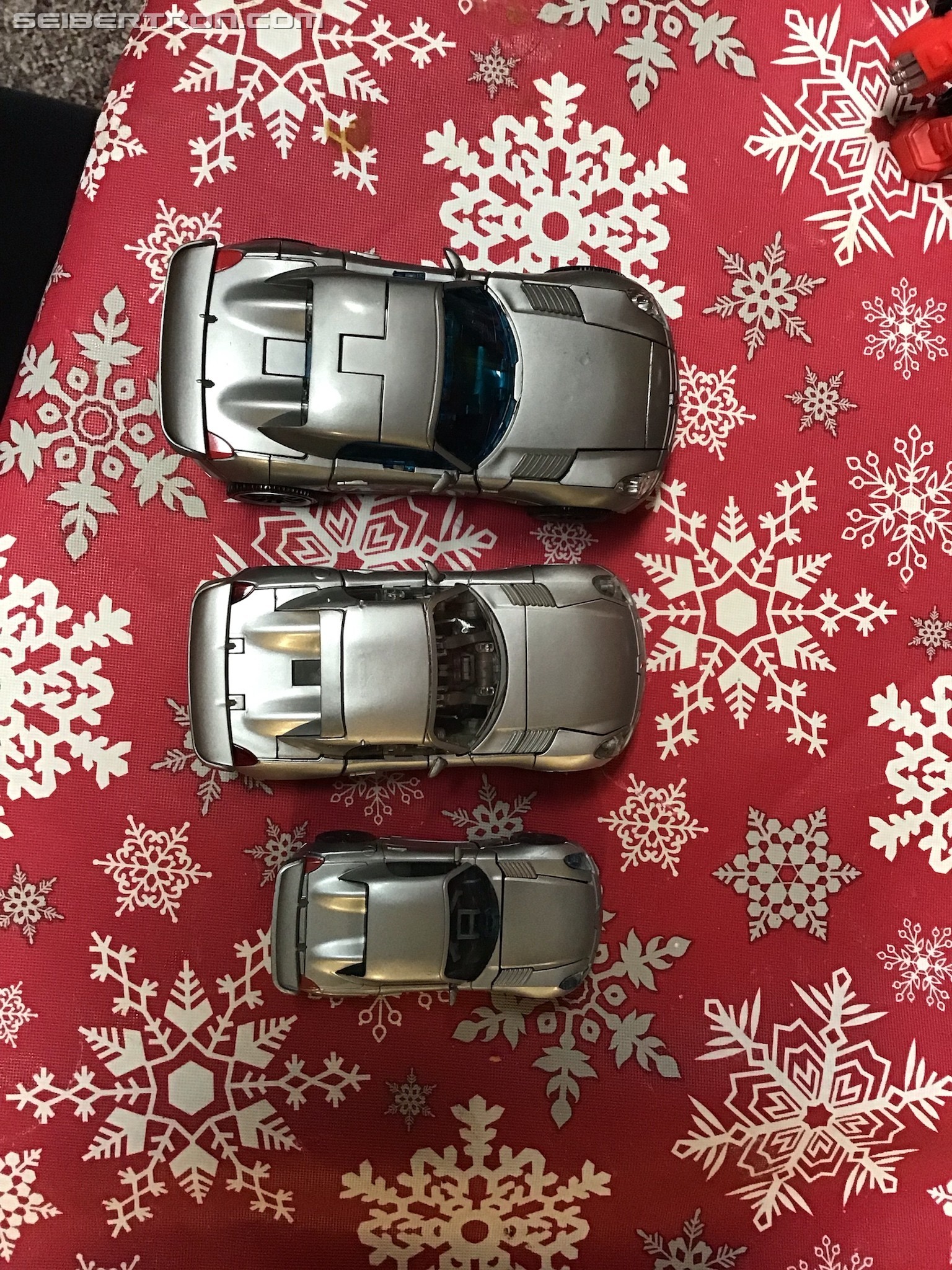 And on this last one, I'd like to note how the MPM does a much better job at hiding away the head, if that is something that matters to you. 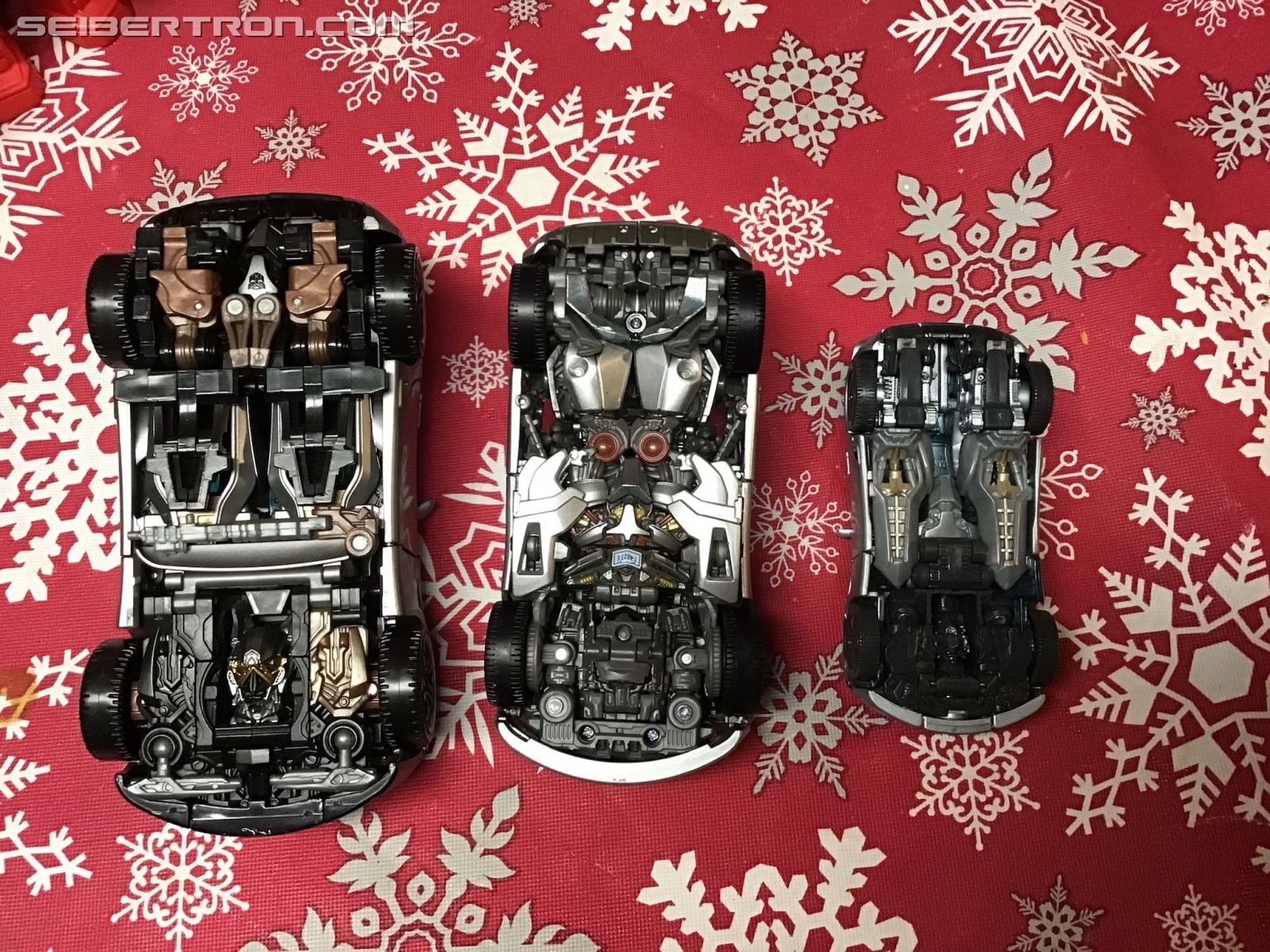 So then of course, that leads us straight to robot mode, our most favorite of modes: 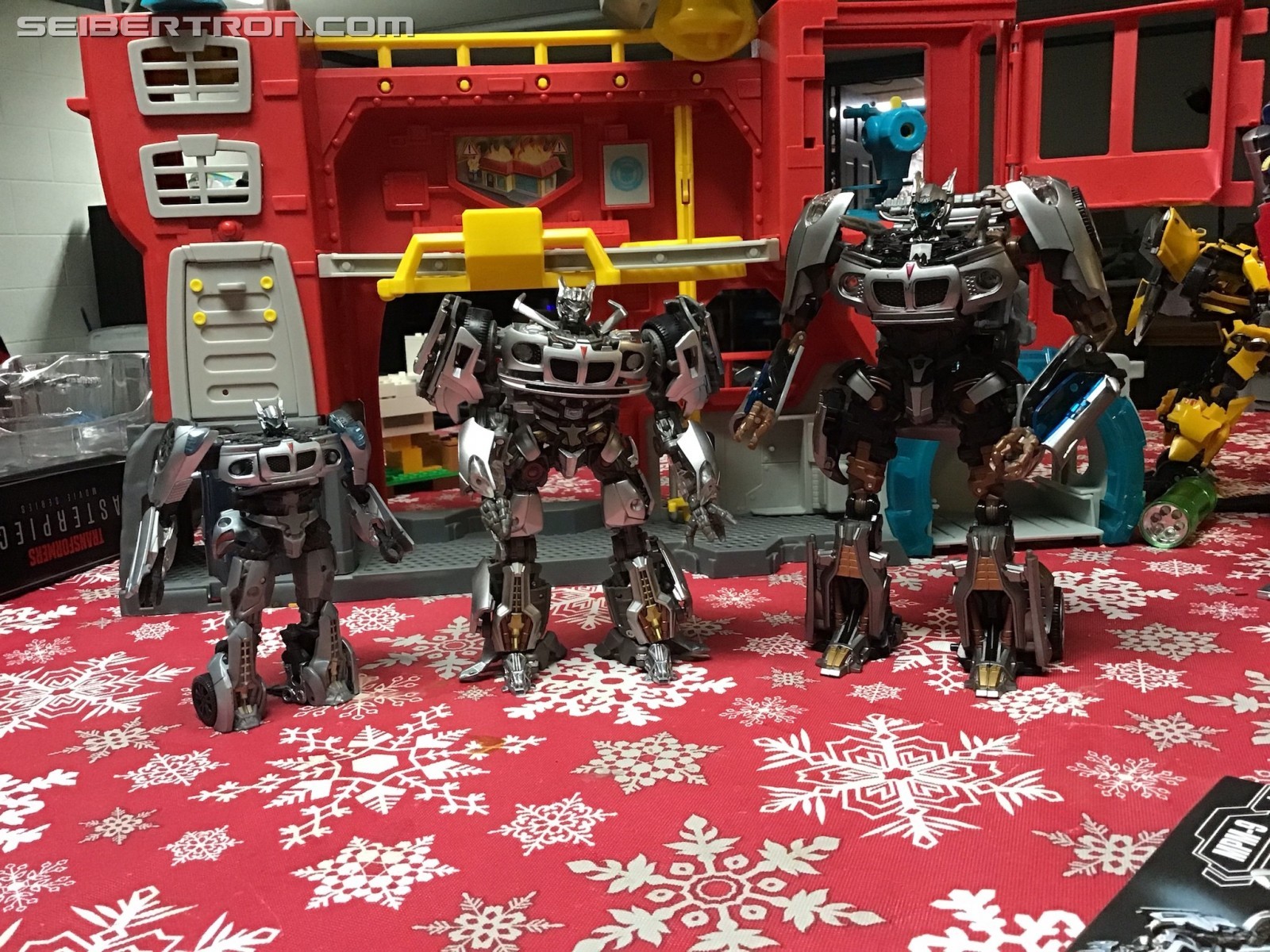 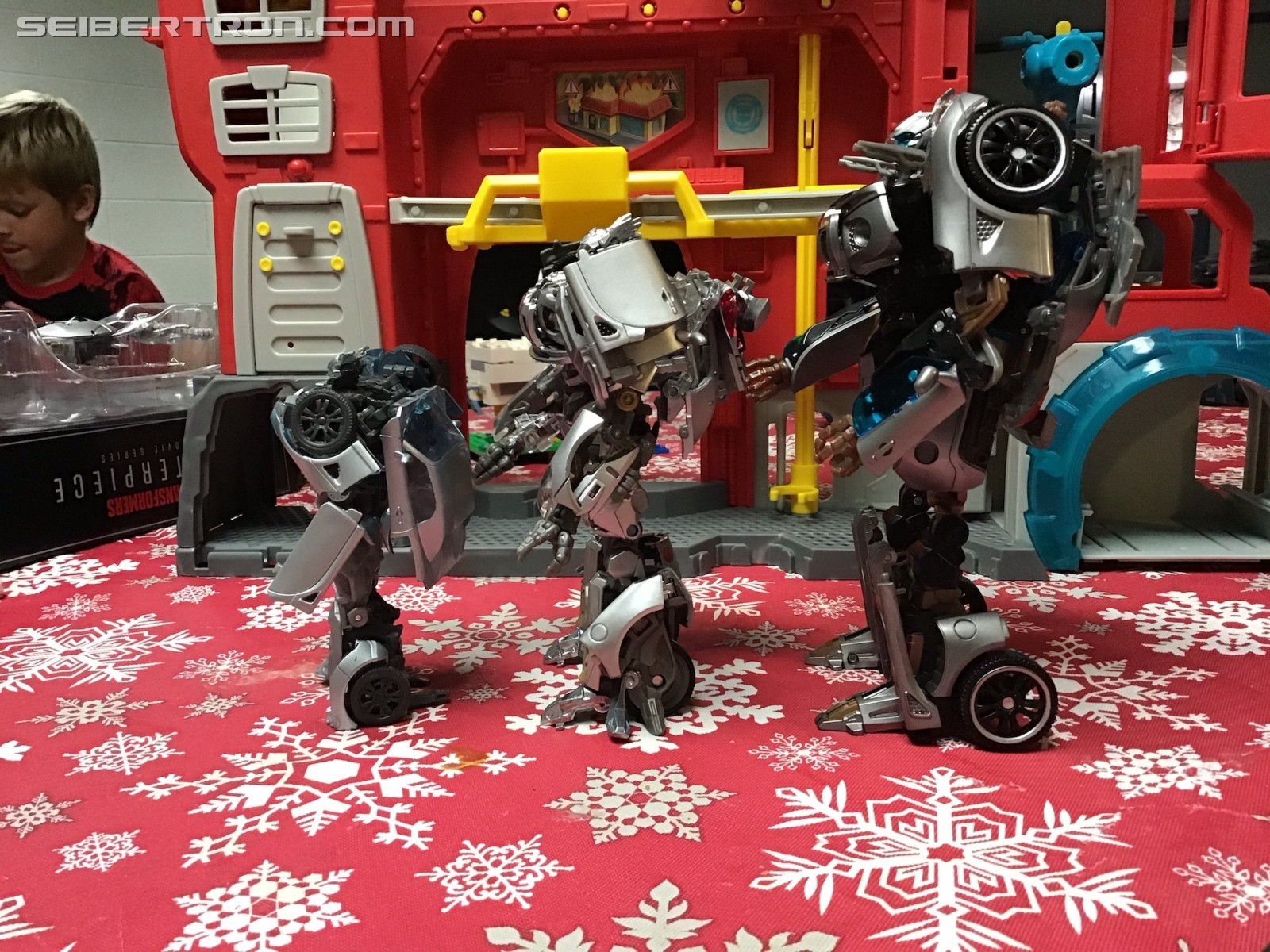 While they all have some backpackage going on, the MPM version at least has it detailed up to blend in with the overall aesthetic better. 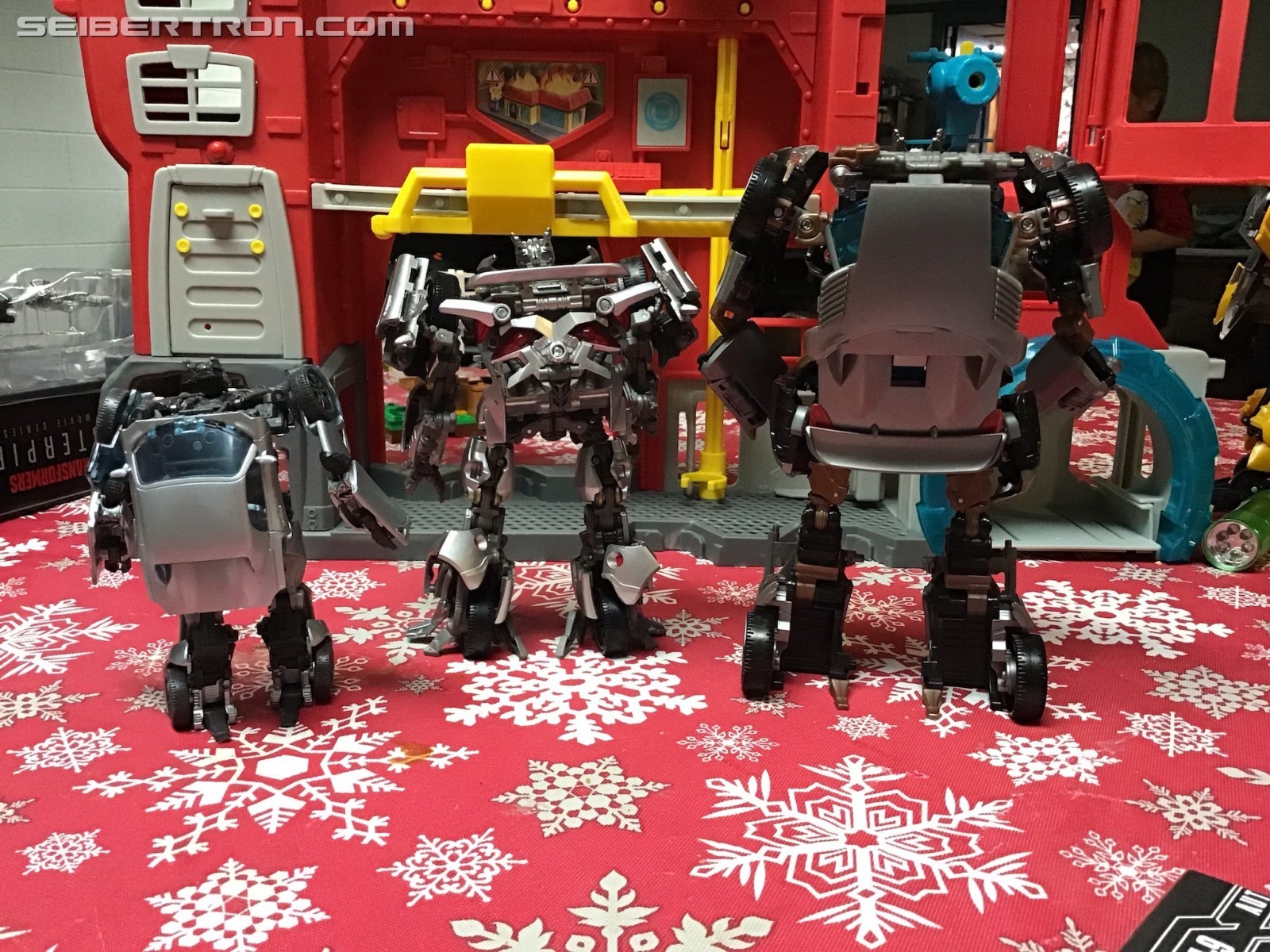 Now here is my one and only real complaint with the figure: in 'bot mode, his waist does not clip very well onto his car hood. Its a very weak conection that pops loose every time you move the figure. 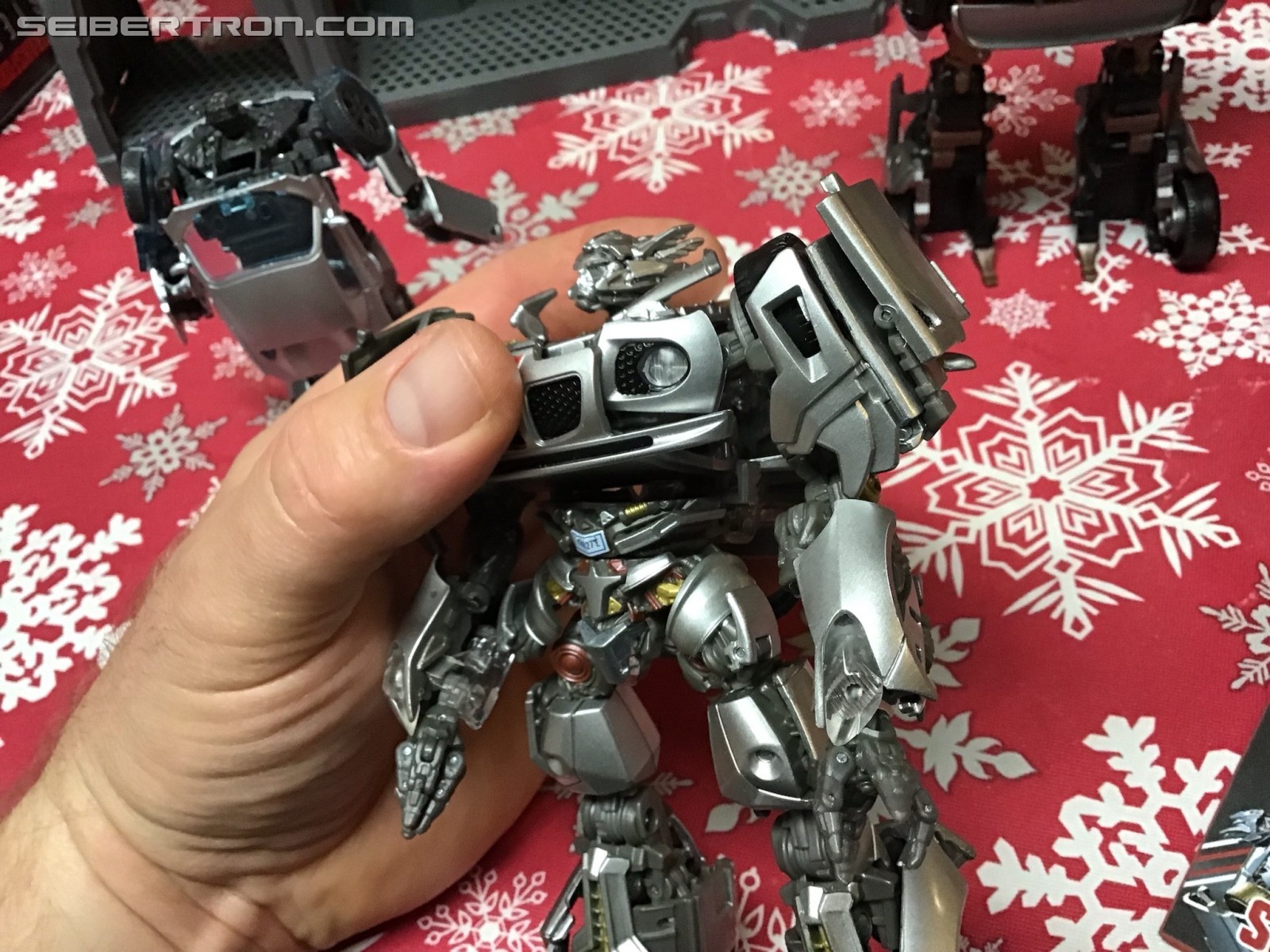 His feet are a bit on the loose side as well, but it is not as annoying as the waist area.

I mentioned earlier that one of his accessories is a spinal cord for when he gets ripped in half. That is one very neat thing about this figure, you can recreate his death from the movie. You know, if you are in to that sort of thing. 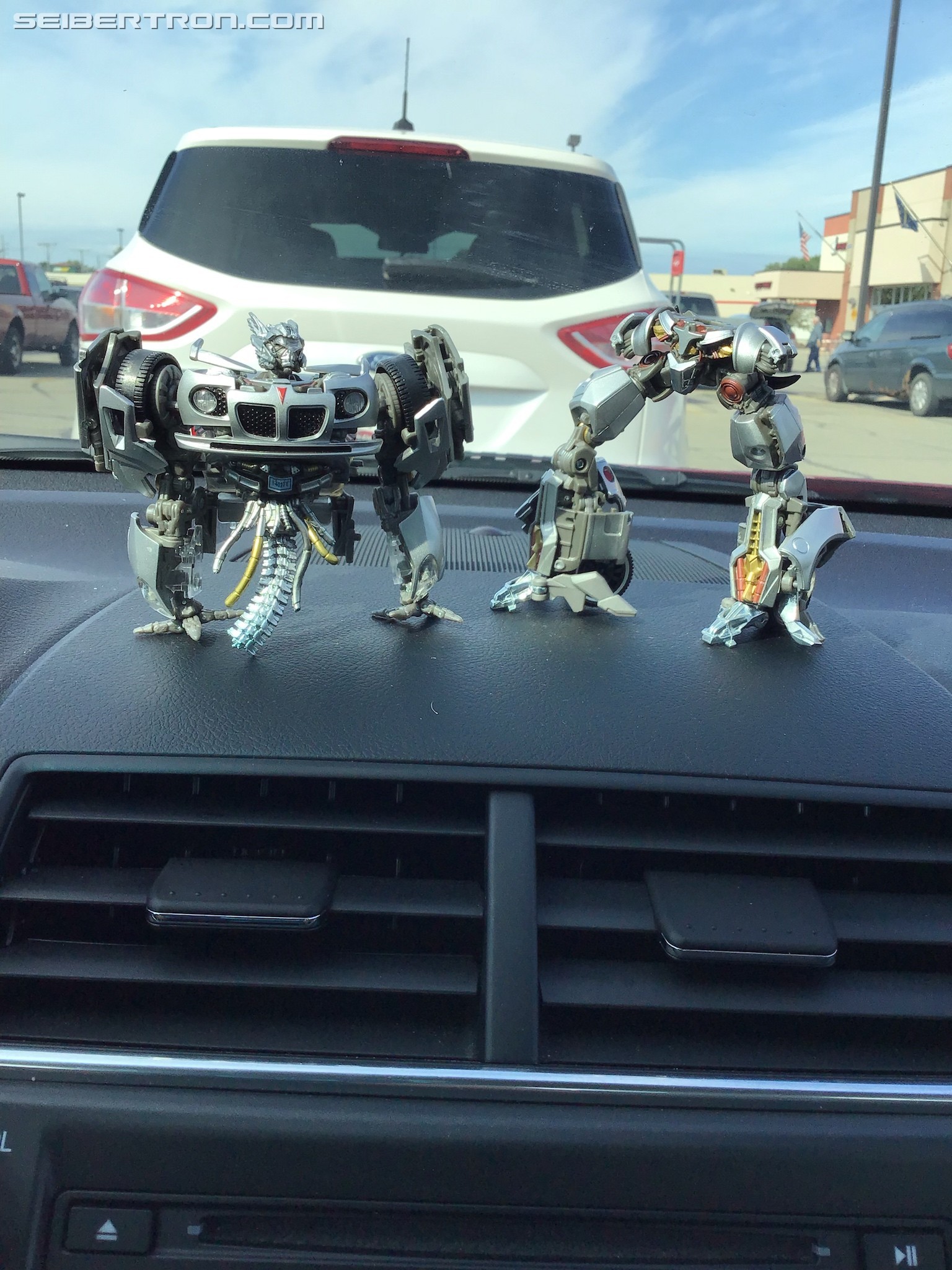 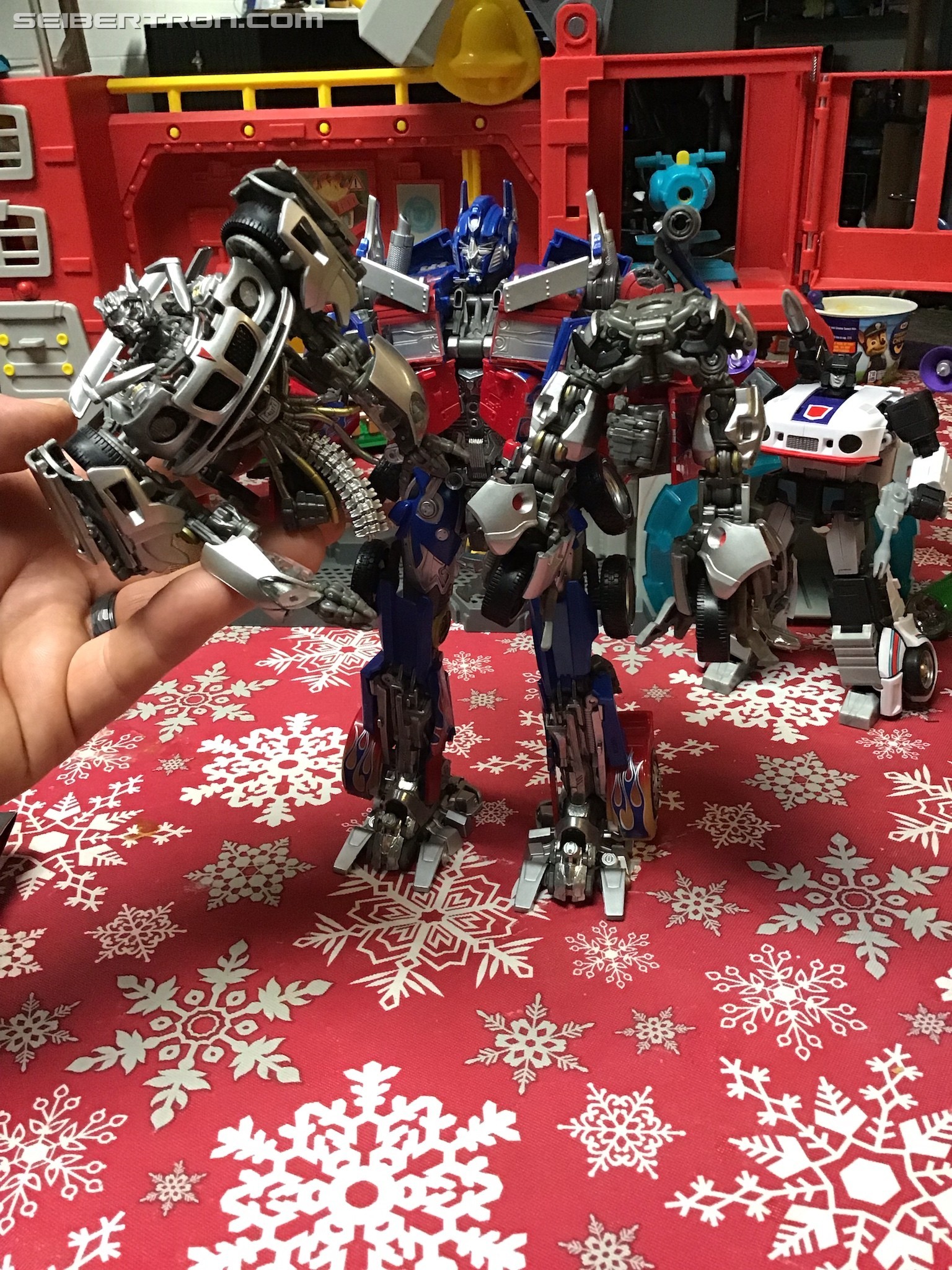 Here he is with his other first movie Autobot buddies. 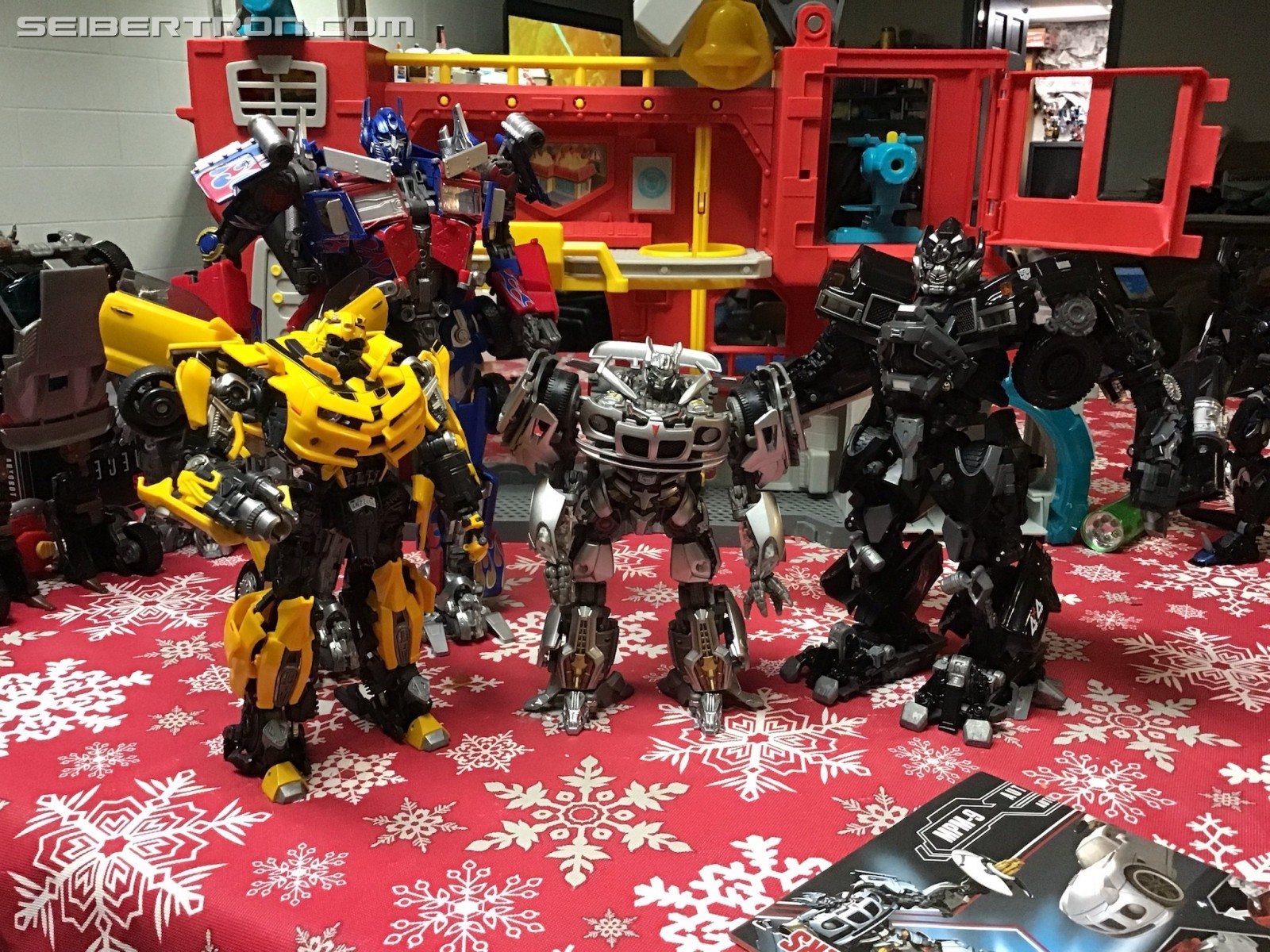 We really need an MPM Ratchet.

Here he is with the rest of the MPM line, minus Megatron whom I do not own. 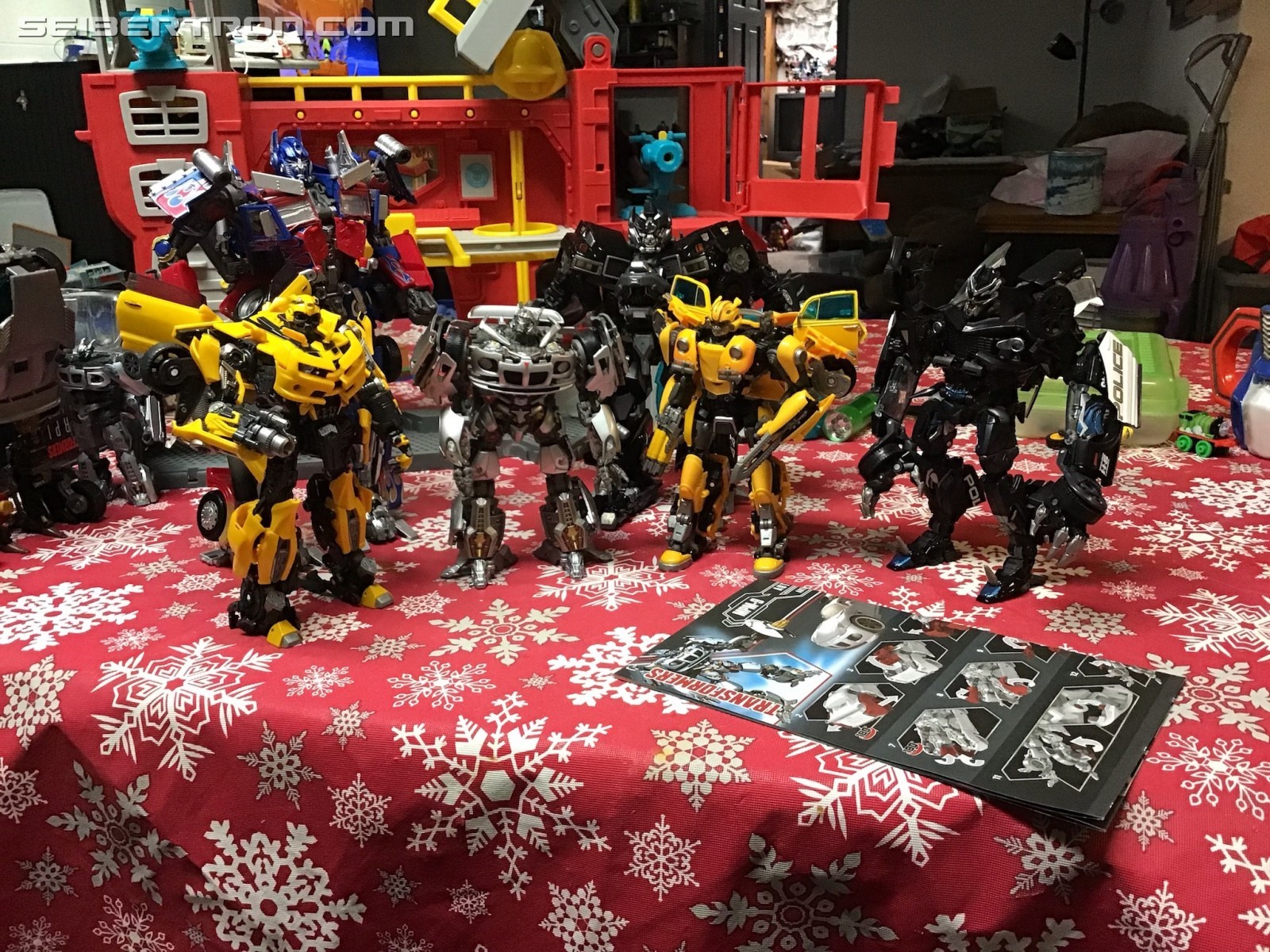 And here he is with his G1 Masterpiece self. 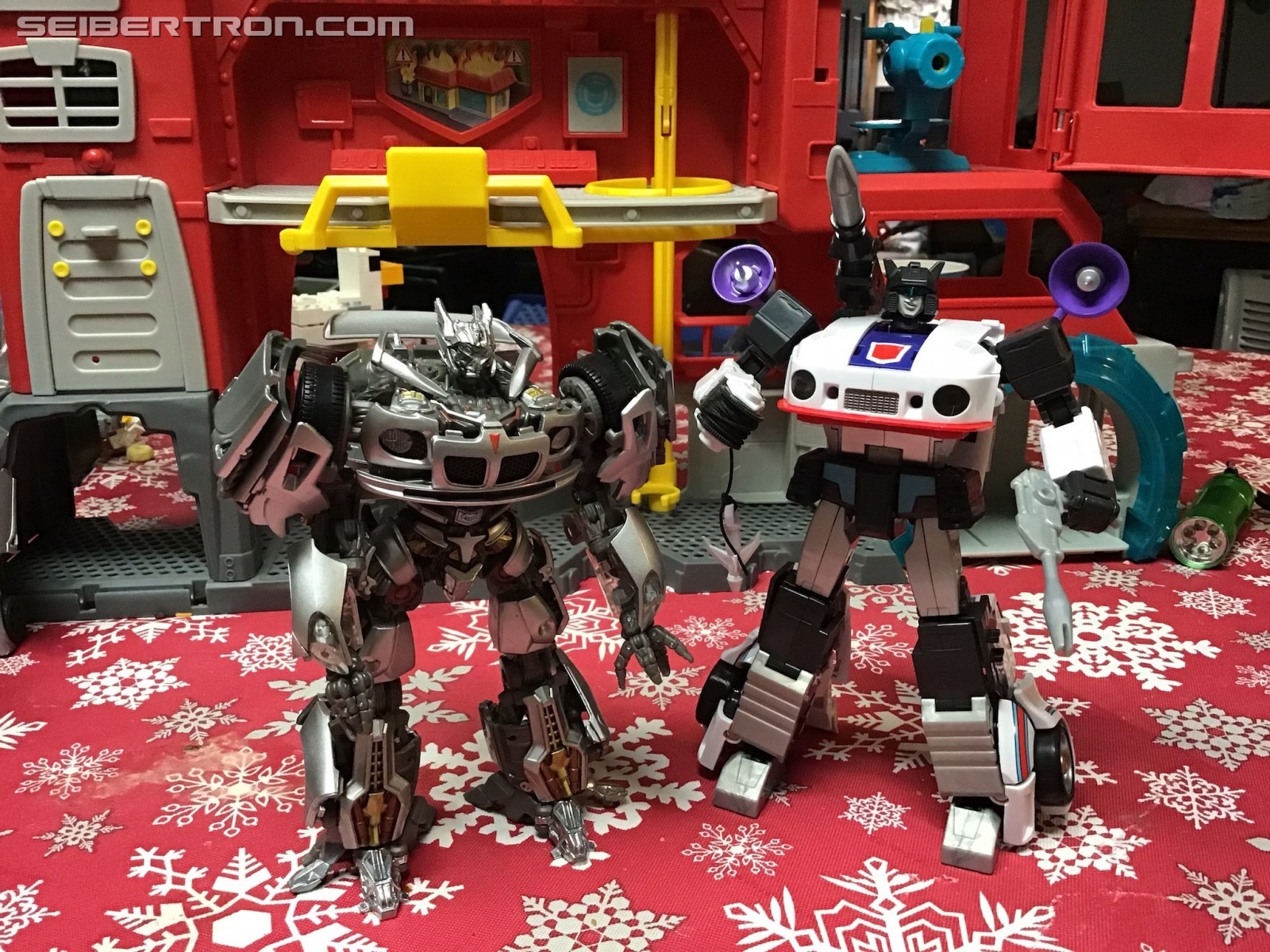 So overall, he continues the trend of the smaller MPM figures being pretty good, though he is defiantly behind the two Bumblebees and Barricade. He isn't anywhere near as bad as Prime and Ironhide, so that is a definite plus. As I said, I do not have Megatron, so I can't say how he compares there, but I have heard very good things about the big ugly one.

This figure does feel loose in spots, and his parts can be a bit of a pain to fold into car mode, but over all, its not bad, and he doesn't feel like a chore. His transformation engineering has some very inspired parts to it and it does an extremely good job of capturing the movie feel. Overall, I do recommend this figure if MPMs are your thing.

Re: Pictorial Review for Movie Masterpiece MPM-9 Jazz (2050173)
Posted by D-Maximal_Primal on January 19th, 2020 @ 6:13pm CST
Took some time today to pair up my MPM4 and MPM8 for some combat, and they look great together! Some siege battle effects sell the action too 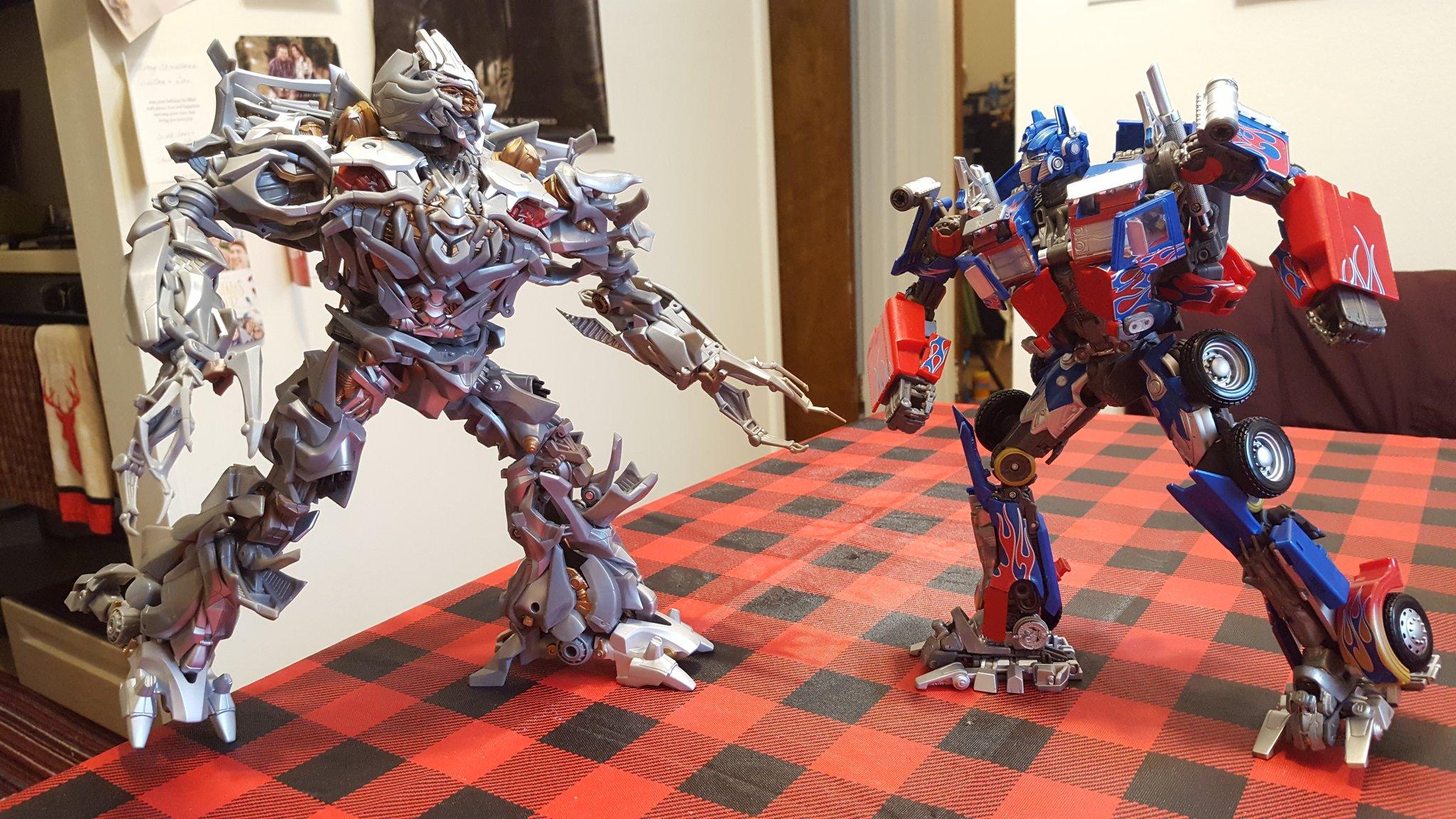 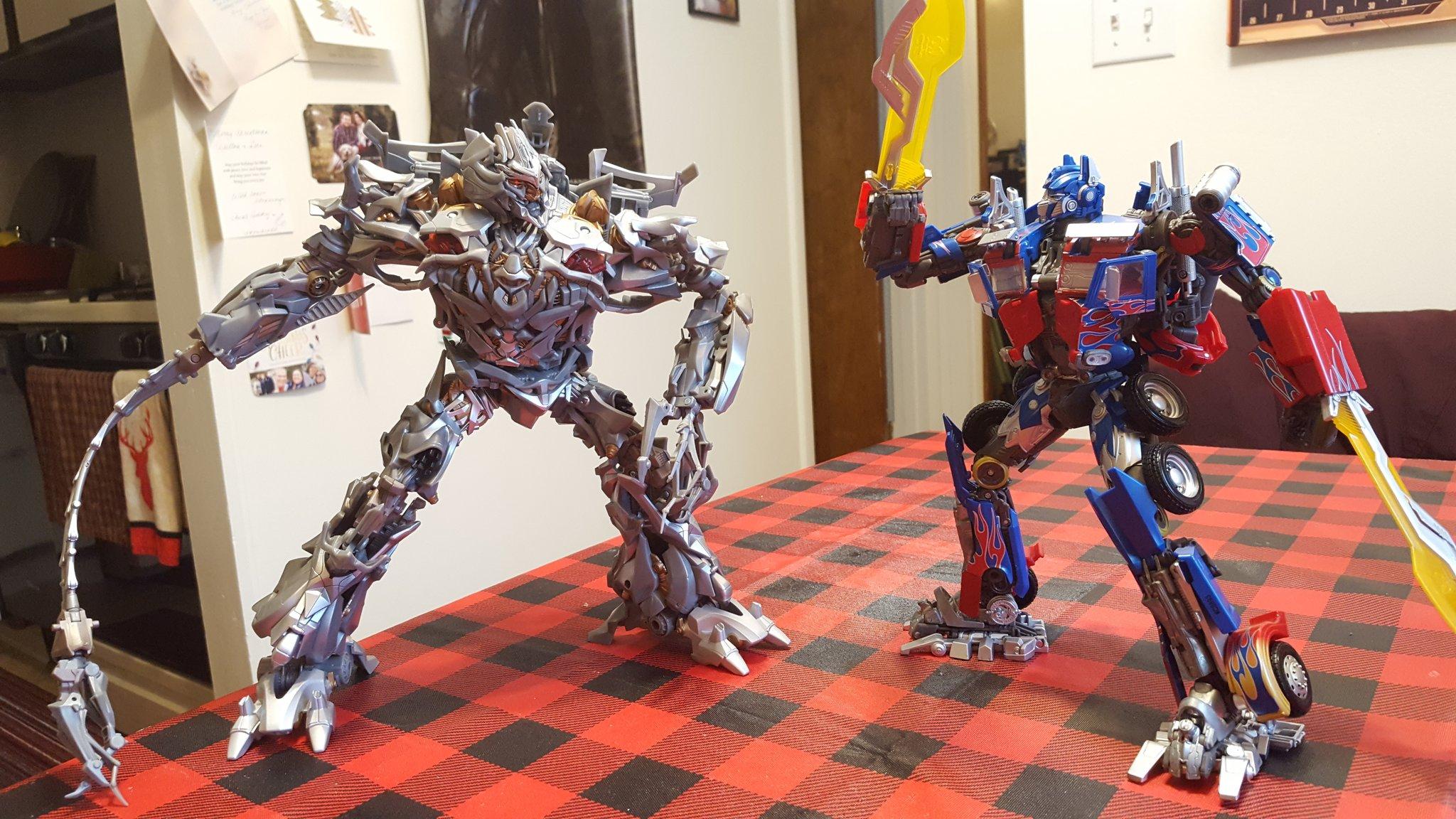 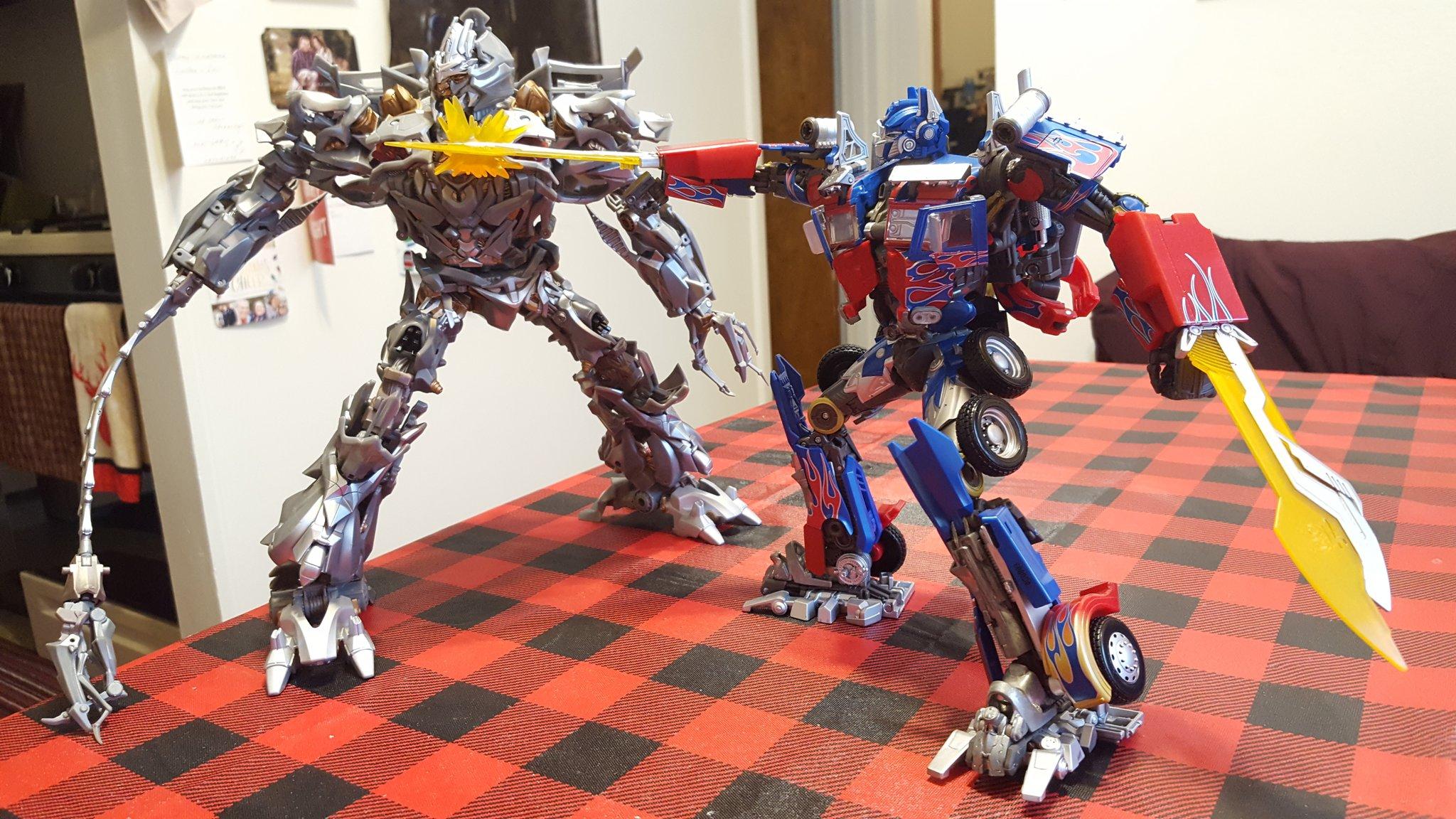 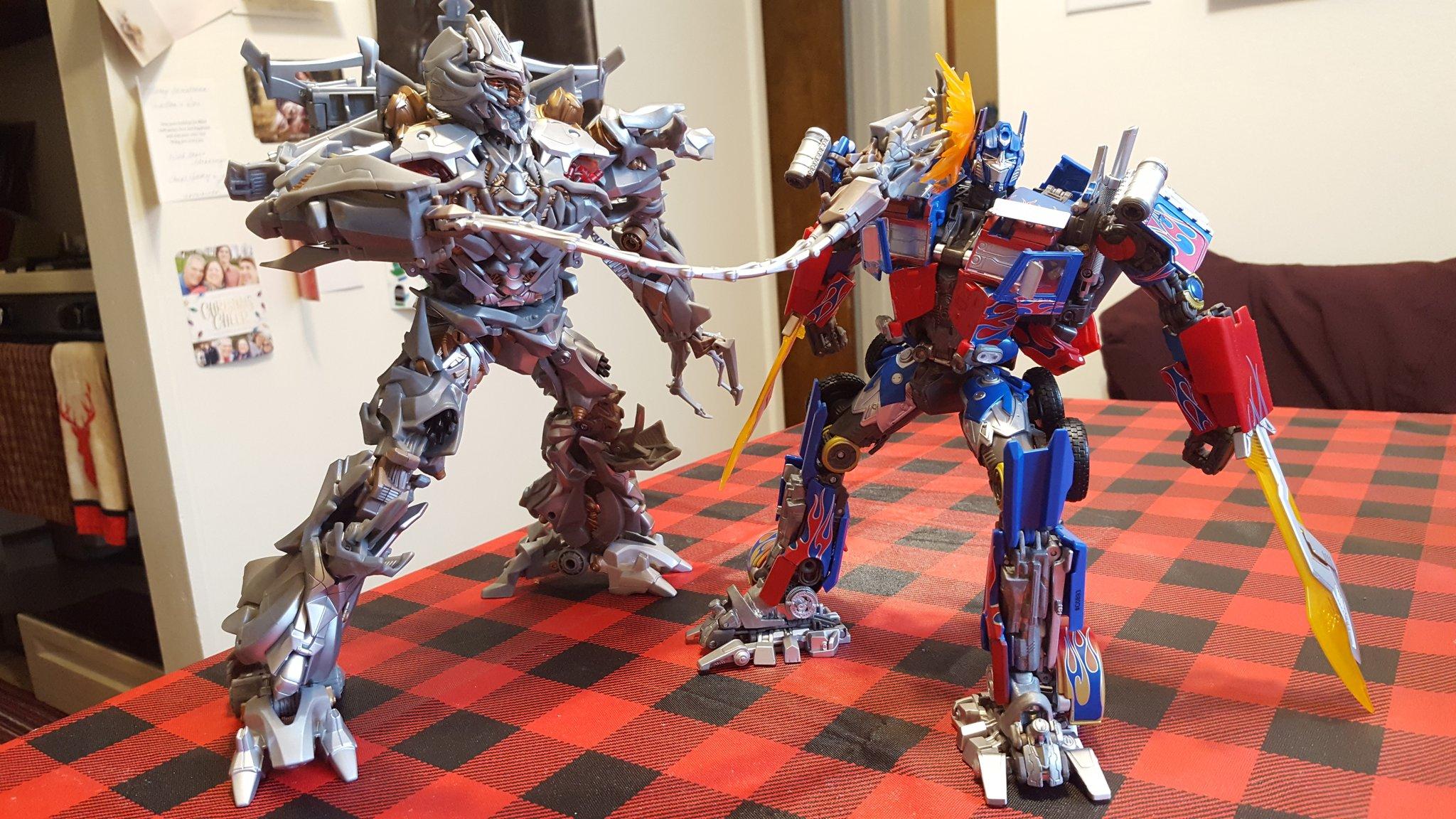 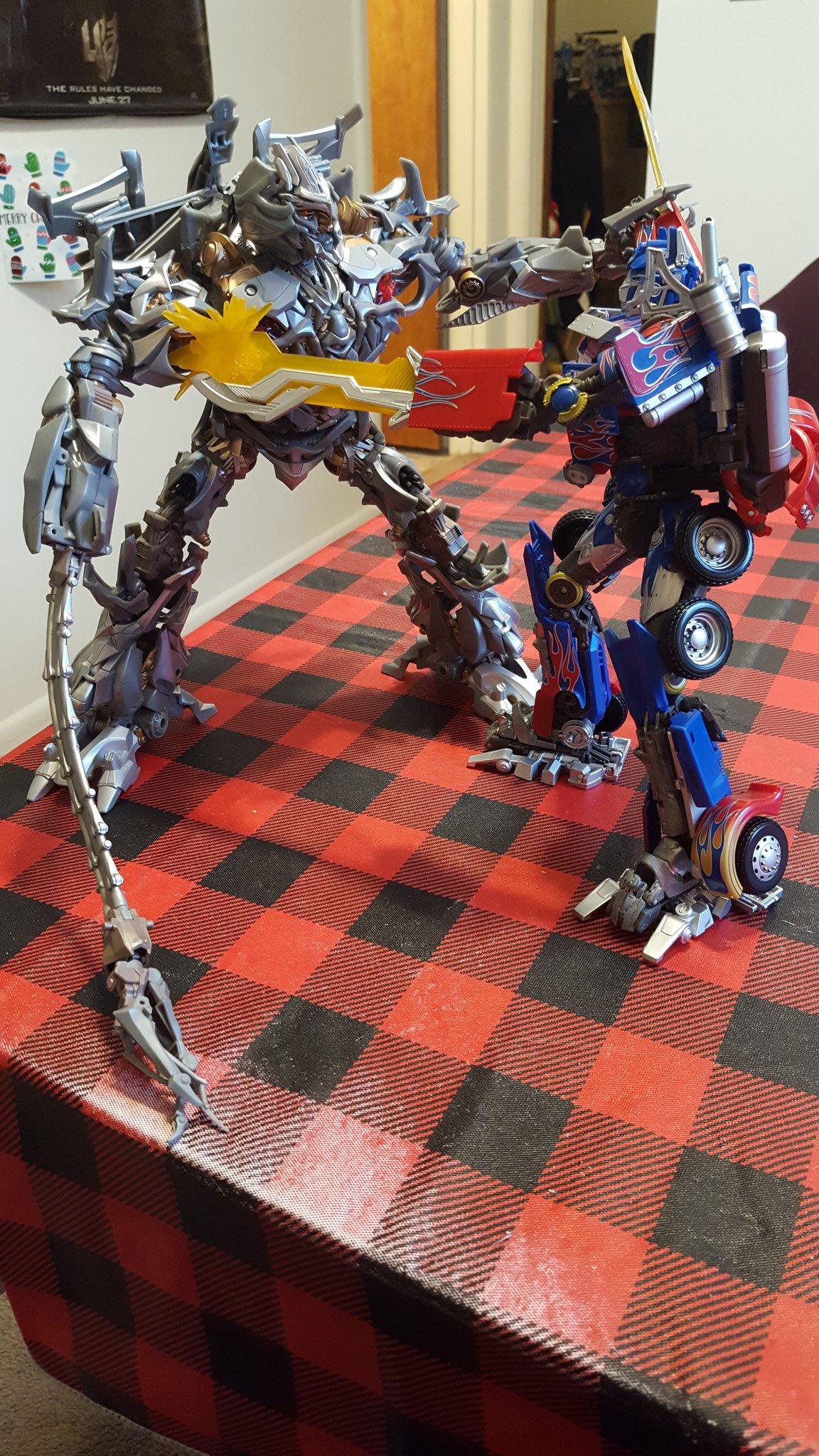 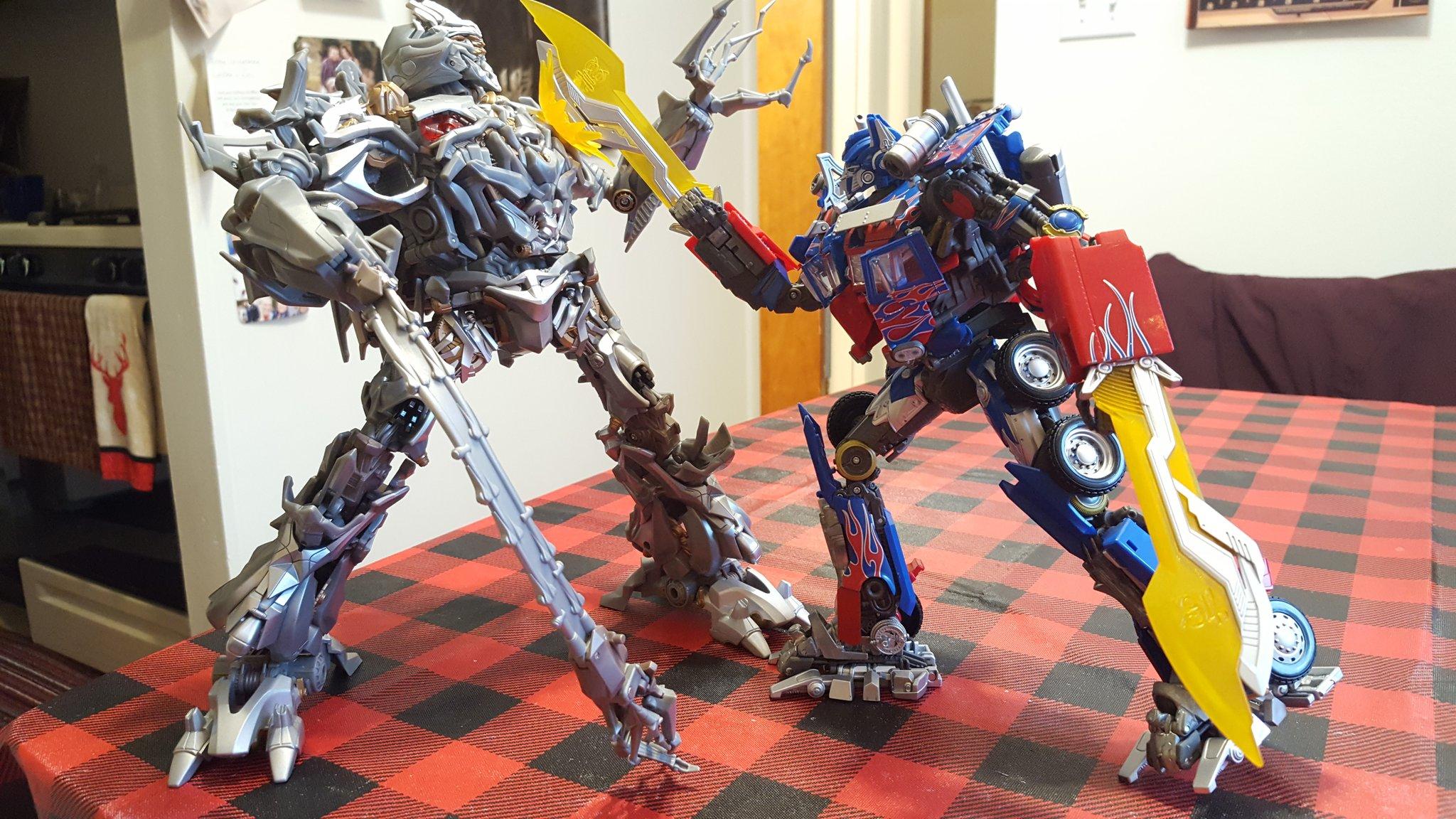 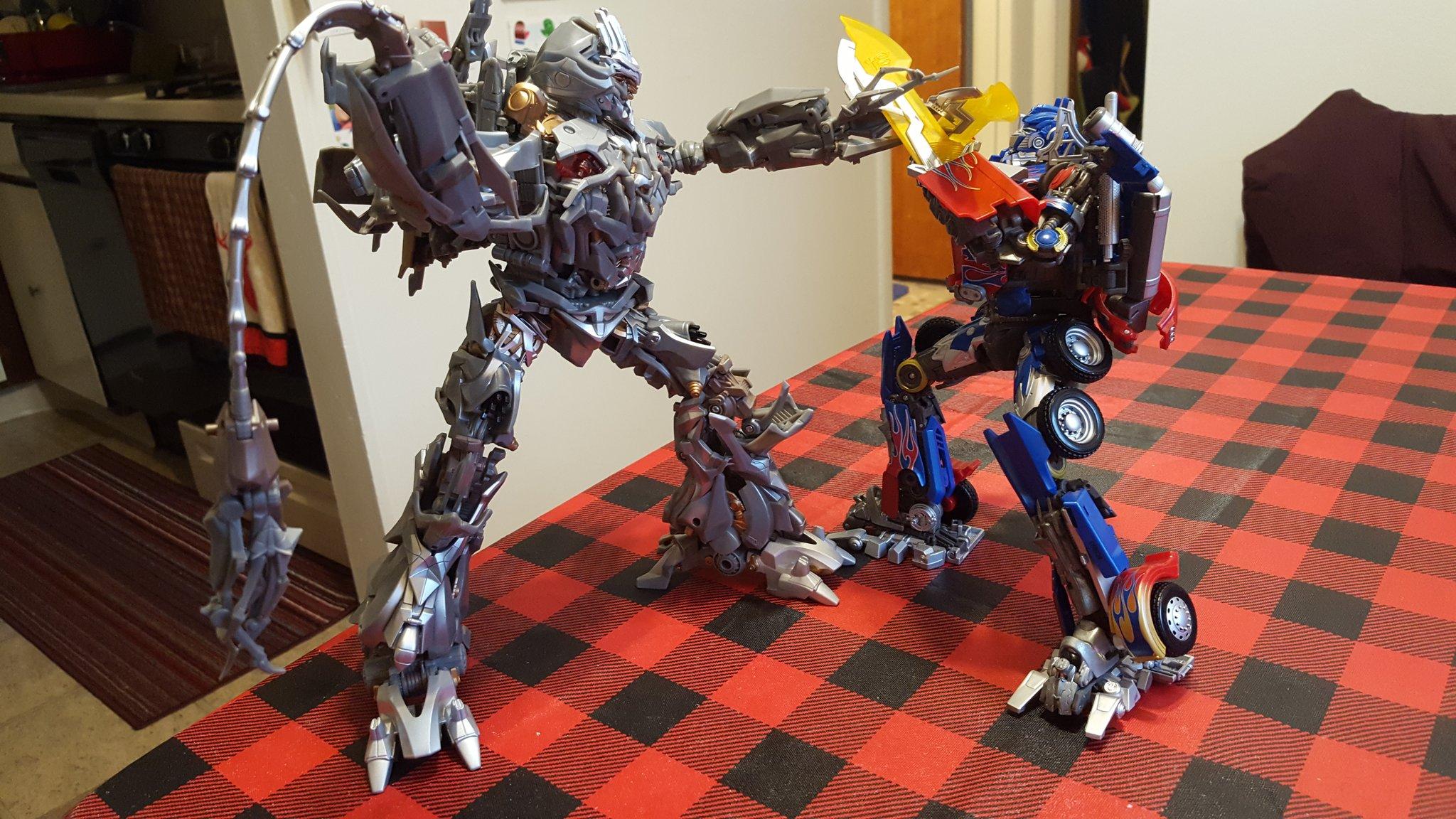 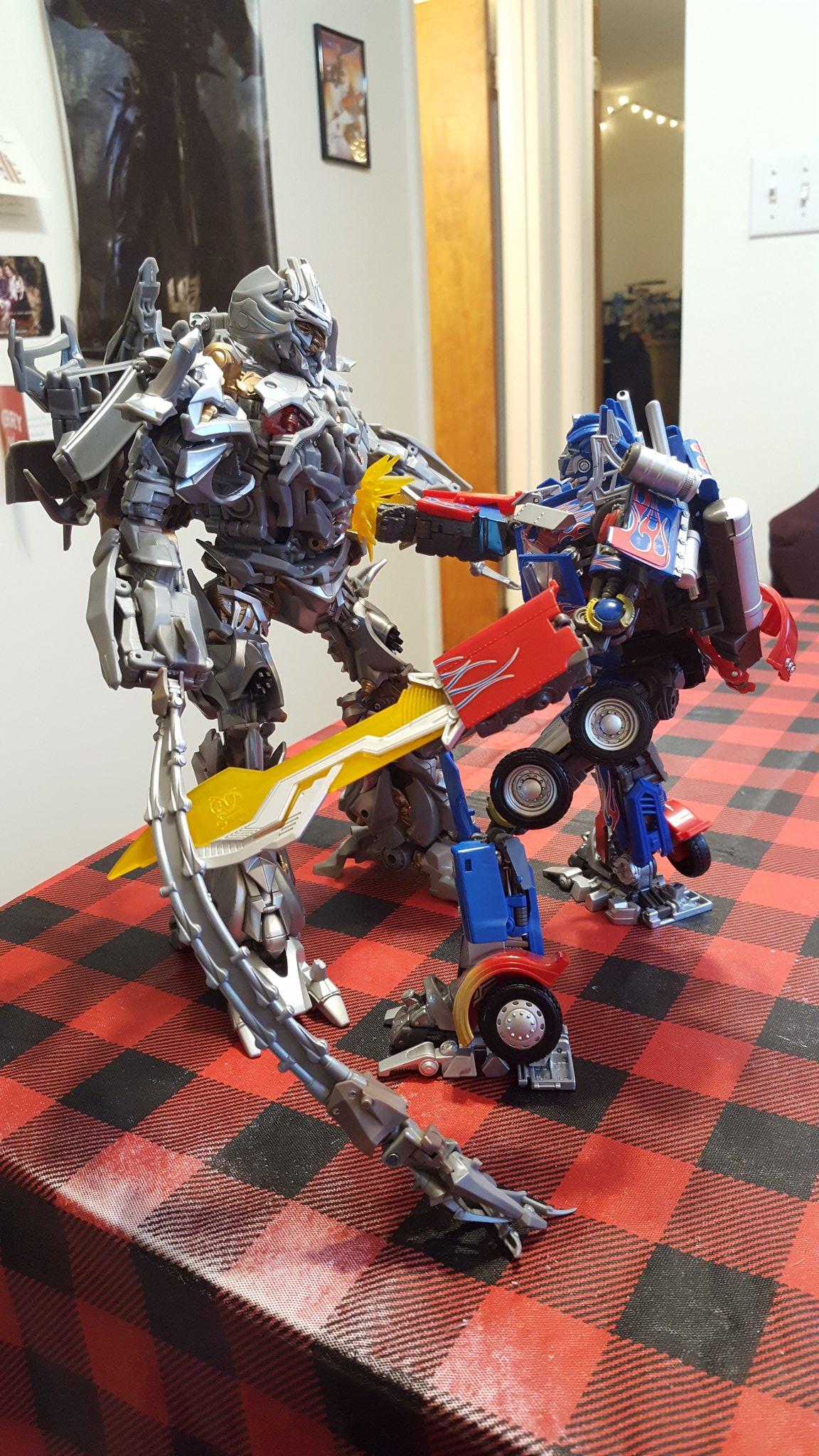 Re: Pictorial Review for Movie Masterpiece MPM-9 Jazz (2051044)
Posted by -Kanrabat- on February 1st, 2020 @ 9:33am CST
Finally, finally I have MPM Jazz. Had to import it from Japan because Toys R Us Canada refuse to send it to Quebec because bullcrap reasons.

Anyway, MPM Jazz truly deserve the MASTERPIECE title. All the details are there even on the back! Plus he's solid and masterfully painted. I don't regret at all paying the 8000JPY price. And at that price, it was ironically cheaper than buying it at 100$CAN plus taxes on sale at TrU Canada.

Poor previous "default MP" Jazz that was the old HFTD HA Jazz is now completely outdated. I still like it though.

It's bee a while since a Transformers blew me away like that!