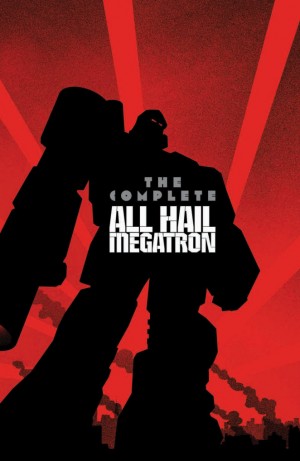 Let us take you back to 2008, when the -ation storylines (including Stormbringer) came to a sudden end, finding a conclusion of sorts in Maximum Dinobots, to make way for the first big IDW Transformers 'event': All Hail Megatron.

Almost ten years later, we find ourselves looking at the opening pages of what is still seen as a divisive piece of work in the IDWverse (mostly for the reasons pointed out above, and others to do with pacing and character writing) - one that has made its way to Japanese audiences not that long ago, as seen here - in a new paperback collected edition, the same as the Complete All Hail Megatron hardback we have seen before. For those of you wishing to read the story but not willing to own the hardback copy, this week's release may be the book for you!

Transformers: The Complete All Hail Megatron TP
Rejoice, Decepticon brethren! The pretender, Optimus, and his treacherous Autobots are defeated, Earth is all but defenseless, and the time for conquest is at hand!

After at last succeeding in defeating the Autobots, the Decepticons set about ruling our planet with an iron fist. Their forces invade and control New York and, before long, they manage to cripple the United States. It's a war between the U.S. armed forces and a giant species of technologically advanced killing machines--a war that suddenly becomes incredibly one-sided! Meanwhile, the battered and broken Autobots struggle to survive a forced exile on their dead homeworld of Cybertron. Defeated by to an unknown traitor in their midst, the Autobots sturggle to maintain their trust and unity... and nothing short of a miracle will save them from utter extinction! 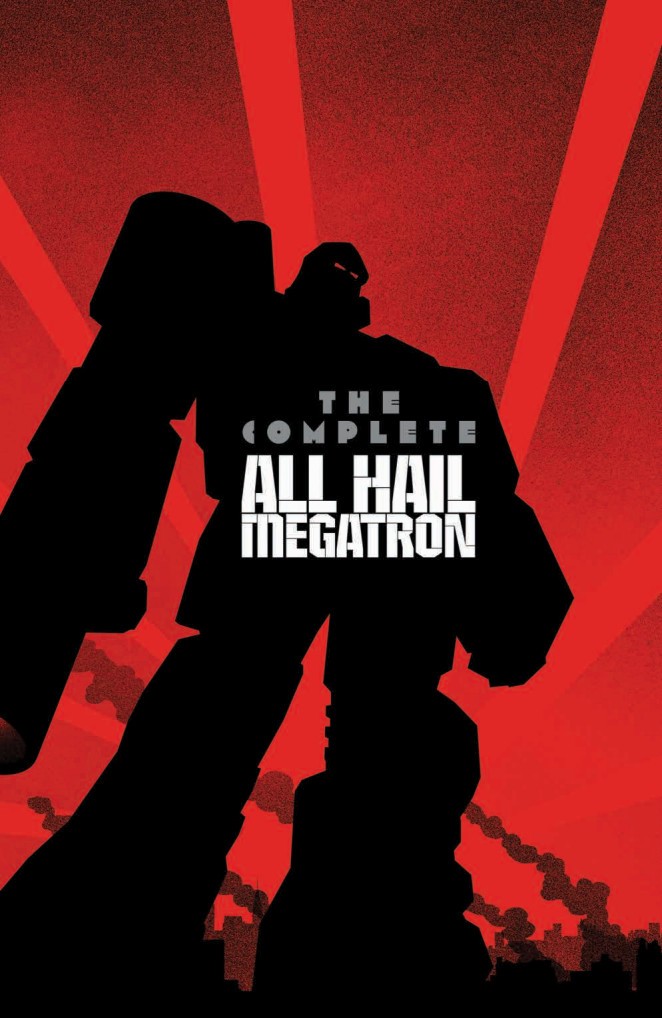 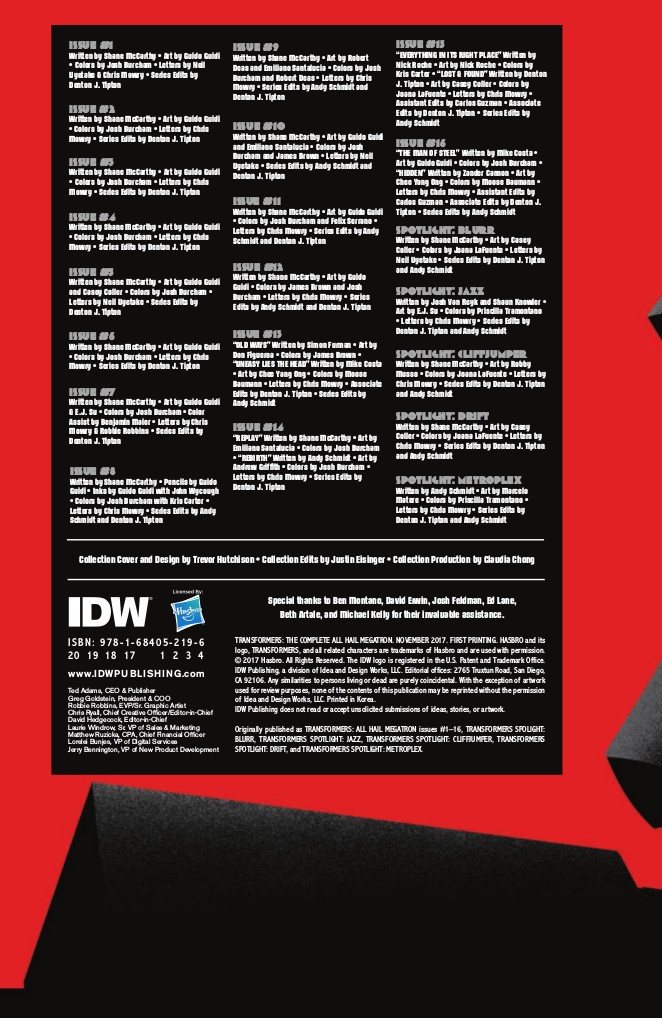 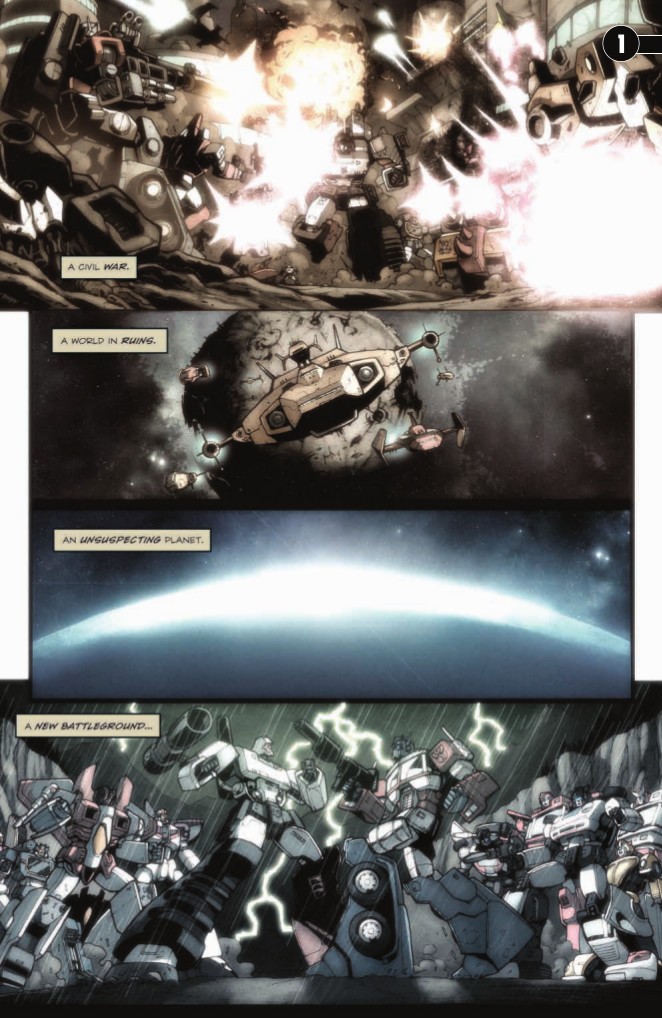 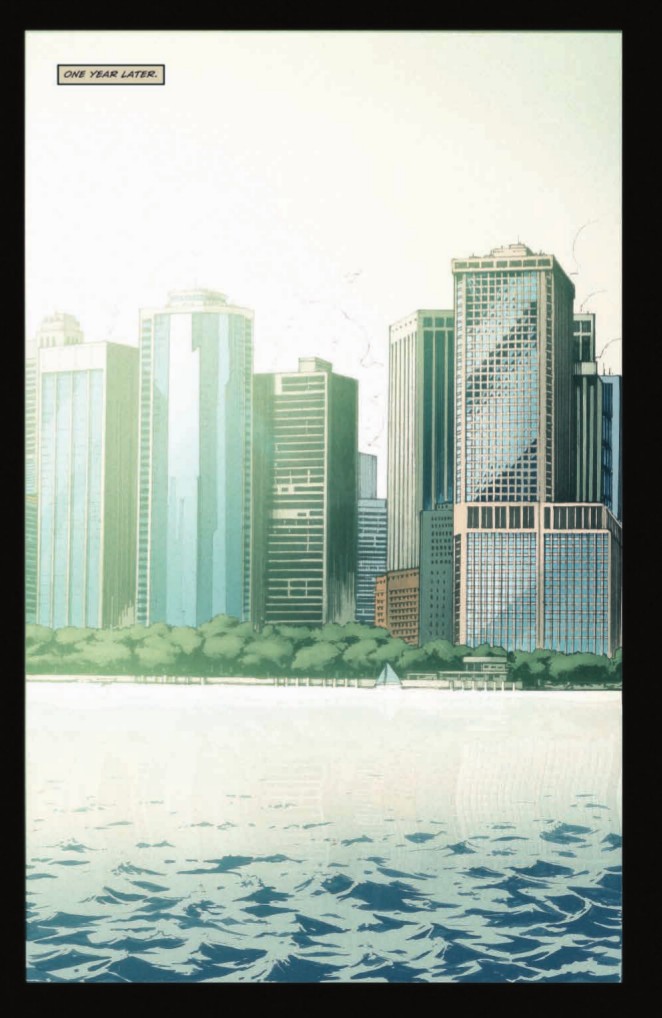 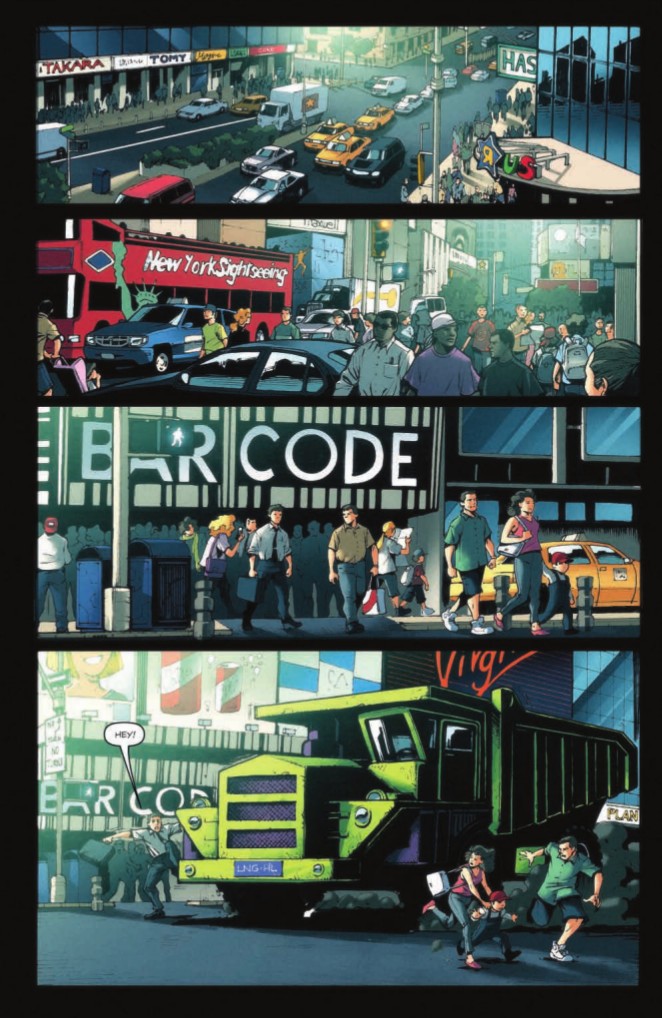 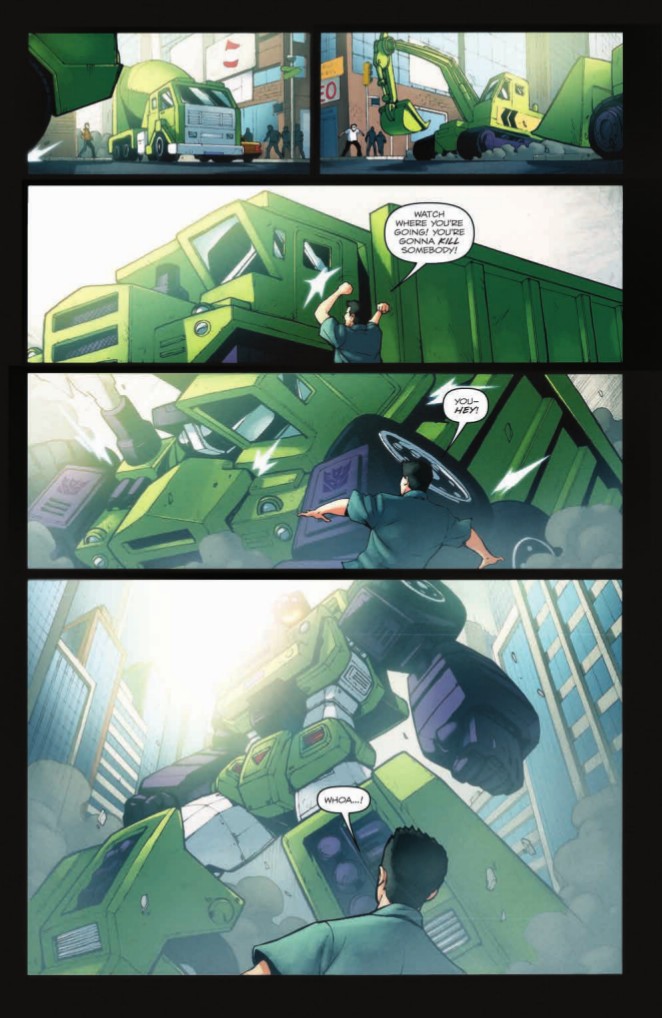 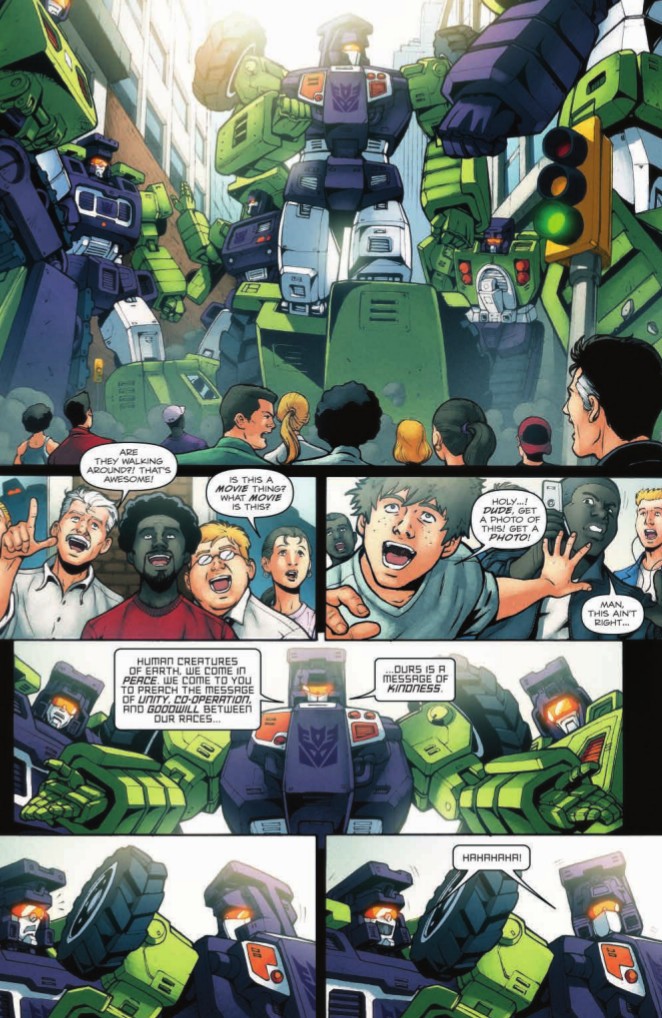 
Also, it seems people who picked it up issue by issue dislike it, whereas those who read it a a trade in one big sitting like me enjoyed it more.


Yes, it feels a little more classic cartoon than other idw stuff, but it's also a good insight into Megatron and staracreams psyche. How would megatron handle victory? What does he think of the army he built and how would he control them after? Why does he keep starsxream after all those attempts to take leadership and why does he tolerate them? It's not flawless by any means and half way through it does suddenly throw in ation continuity, although while that could be reaction to the complaints from fans, reading it in one go does show it was always there.

Also, this story was what gave us the current thundercracker personality. You know the one that's still going today an is loved by fans? Pay attention to the art, there's a lot of subtlety in it.


Of course I'm only talking about the main 12 issues. I haven't read all the extras around it.
Re: Preview for IDW Publishing Transformers: The Complete All Hail Megatron Paperback (1922094)
Posted by william-james88 on November 16th, 2017 @ 11:36pm CST

Rodimus Prime wrote:As someone who has never read AHM, that's just confusing. I had planned to buy the new release, but now I'm not sure.

You see right there is the problem with the series: you planned to buy it. I dont mean you cant, of course, but the fact that you are aware of it and that it might be something worthy of getting, aybe even looking forward to it, over anything else, is its main problem and my major beef with it: it is not special. I read it years after whatever hype it may have had but even then, the title, the summary, any slight memory of the hype of seeing it in comic book stores but didnt buy it (back when I collected comics instead of Transformers) just sets you up for dissapointment. It wants to tell you its somethign new, something special, something big. Megatron finally wins. It opens up and Megatron has "conquered earth" while Optimus Prime is "dead". These arent spoilers, its all in the first issue of a 12 part series. And right then and there you go "fuck this, how are the autobots and earth going to get out of this one". it builds its own hype just with that first issue.

And then the rest is tedious. I wrote conquered earth and dead in quotations because the more you read the less clear that is and the more either of those feel like cop outs. Anyone reading IDW now knows Optimus isnt dead (even though there was an arc called The Death of Optimus prime) and Earth is fine so whatever is set up in the first issue will probably not last by the end. But hey, maybe its interesting, maybe its about the journey and not the destination? But it isnt. After the first issue everything goes to a crawl (including the conquering of earth) and nothing really happens of any value until the last issue which ends up being the very same as any average episode of the G1 cartoon. it isnt deeper than the cartoon nor smarter. Now not to say the cartoon is dumb but the cartoon didnt give itself illusions of grandeur. it was made to sell toys, any interesting story was already more than what was expected.

But this story hypes itself and then withers to redundancy (especially anything related to how dire the situation with Optimus is, thats probably the worst writing I have ever read in a comic book), making me truly hate it.