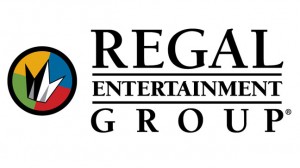 
KNOXVILLE, Tenn. –June 17, 2014 – Regal Entertainment Group (NYSE: RGC), a leading motion picture exhibitor owning and operating the largest theatre circuit in the United States, is celebrating the opening of Michael Bay’s “Transformers: Age of Extinction,” from Paramount Pictures, with an offer that truly re-invents the experience for movie fans. In addition to seeing the new movie, for only $15 more, guests get a Super Ticket including two digital HD Transformers movies. Guests get their choice of a Digital HD copy of any of the first three Transformers movies, plus they get to own the Digital HD copy of “Transformers: Age of Extinction” before the Blu-ray™ release.

“The Super Ticket is changing the way our guests experience a movie and it’s a must-have for ardent fans,” said Ken Thewes, chief marketing officer for Regal Entertainment Group. “The moviegoing experience now doesn’t end when you leave our theatres. Guests can actually bring the Transformers home with them by purchasing two Digital HD movies for only $15!”

Regal is the only theatre exhibitor offering sales of this Super Ticket at the box office. The Regal Super Ticket is also available on REGmovies.com, Fandango.com, along with Fandango and Regal’s mobile apps. Regal moviegoers who come to view the new film can choose to upgrade to a Regal Super Ticket either before or after enjoying the latest Transformers movie. The offer ends July 10, 2014.

“The Autobots and Decepticons are back in force on the big screen in ‘Transformers: Age of Extinction,’ much to the delight of their fans,” said Ken Foreman, vice president of film marketing for Regal Entertainment Group. “This is an explosive new installment in the action-packed franchise and we are proud to offer the Super Ticket upgrade with this film to give our guests an added punch for a knockout experience.”

For the first time ever, the Regal Super Ticket upgrade is only $15 above the admission price to secure Digital HD downloads of both films: The early-release of “Transformers: Age of Extinction” and immediate access to your choice of one of the first three Transformers movies.

The process for redeeming a Regal Super Ticket is easy:

· After purchase, fans will receive a voucher containing a unique access code, which can be redeemed for digital versions of both “Transformers: Age of Extinction,” when it becomes available, and immediate access to your choice of one of the first three Transformers movies.

· The Digital HD version of one of the first three Transformers movies will be immediately added to fans’ UltraViolet(TM) and Paramount Movie accounts when redeeming the access code.

Regal Entertainment Group (NYSE: RGC) operates the largest and most geographically diverse theatre circuit in the United States, consisting of 7,349 screens in 574 theatres in 42 states along with Guam, Saipan, American Samoa and the District of Columbia as of May 22, 2014. The Company operates theatres in 46 of the top 50 U.S. designated market areas. We believe that the size, reach and quality of the Company’s theatre circuit not only provide its patrons with a convenient and enjoyable movie-going experience, but is also an exceptional platform to realize economies of scale in theatre operations.