Return of the Incredible Change Bots! 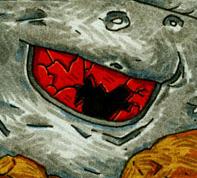 Hello Seibertronians. After a few years hiatus and a lot of prodding from fans asking for a sequel to be released, Jeffery Brown and Top Shelf Comix have come together again to bring a long anticipated follow up of the Transformers parody book "The Incredible Change Bots!" to the masses.

For those of you newer to the site, Seibertron.com covered the initial release of the Incredible Change Bots with an interview with Bots creator Brown. The sequel starts us off with a refresher of the first book and quickly leads into where the original left off, with the Fantasticons suffering apparent defeat with their leader Shootertron apparently being destroyed and the Awesomebots leaving Earth. Top Shelf Comix was gracious enough to give us a ten page preview of the book for your viewing pleasure: You can find the rest of the preview for the sequel by clicking here. The Incredible Change Bots II hit local comic shop shelves on March 17th, 2011 and is available for purchase at the Top Shelf site.

Keep your optics locked, right here at Seibertron.com for all the latest news in the Transformers universe and beyond.

Re: Return of the Incredible Change Bots! (1200548)
Posted by Rated X on March 27th, 2011 @ 12:17am CDT
Not my cup of tea, but I could see these characters doing well on Adult Swim channel. They just have this "Bender" look like they should be chugging oil at bars and grabbing Arcee's butt.

Wow is this like the stuff from Dairy-Con or what ??? I could only stomach these guys if they feature an adult theme similar to Bender in Futurerama.