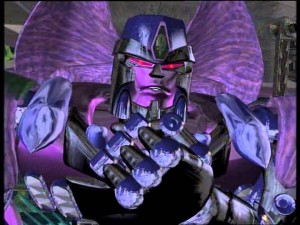 We had a hint of Beast Wars making a come back earlier this year with a listing for Deluxe Cheetor. Now that listing was for the Netflix line which is made up of toys from the Generations War for Cybertron line. Now that is a big deal since it means that Cheetor toy would be also released in the main line, at sometime. And now we have an idea of how that Cheetor could be released and why. A post on Vector Prime shows upcoming toys for the Studio Series and WFC line and they state that the 3rd part of the trilogy would have G1 characters meeting up with Beast Wars characters. It would be named Kingdom and include:

That same line would also have leader class Rodimus with trailer.

As for the Studio Series 86 rumours, along with Slag and Daniel, what we see here is Hot Rod and Scourge.

Of course these are all rumours, so take them as you will. The image below was posted by Facebook page Vector Sigma.