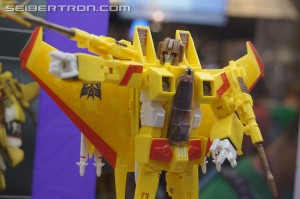 Seibertron is on site at SDCC 2014 and as always, has his trusty camera on hand to bring us the best of the best when it comes to galleries of the hottest new products. Everything from Transformers to Masters Of The Universe!

You can see all of the images from SDCC 2014's coverage right here: /events/event.php?event_id=366

The newest on site galleries cover Masterpiece, Kre-O, Hero Mashers and Rescue Bots, Age Of Extinction, Generations, Angry Birds Transformers and last, but not least, Masters Of The Universe Classics from Mattel. Without further ado, here we go! 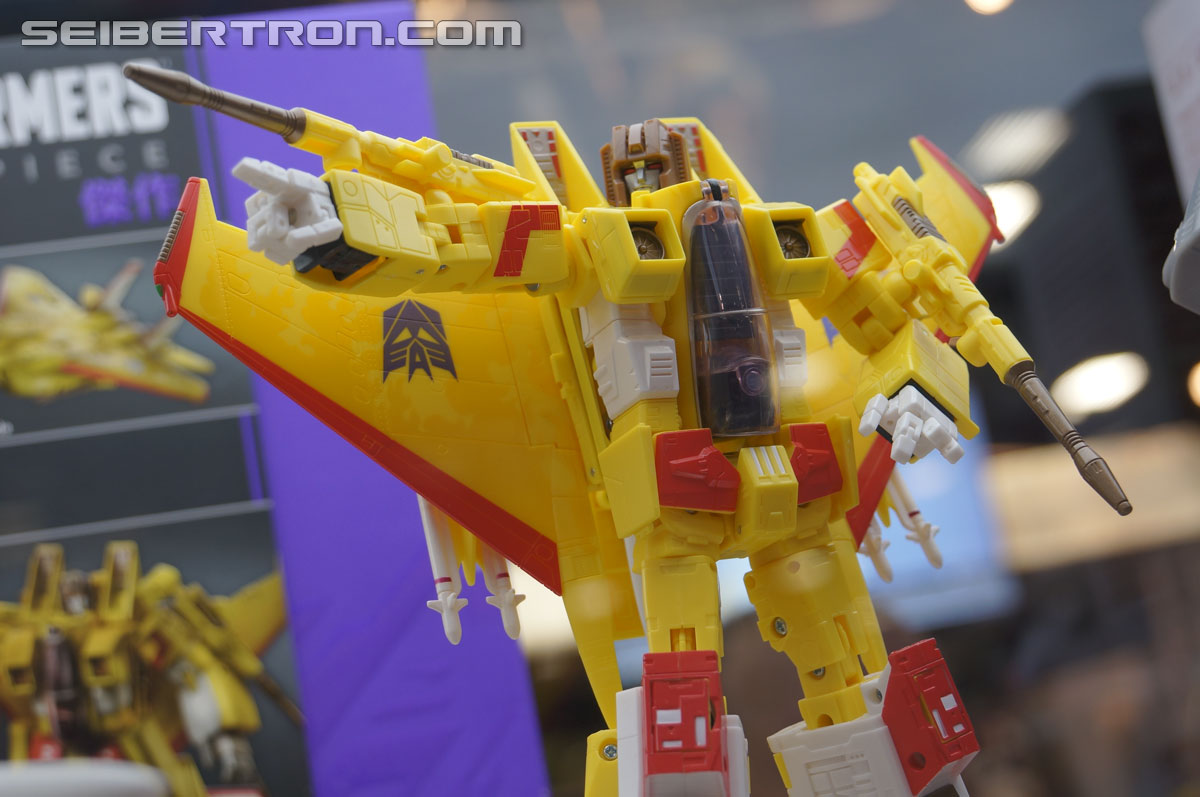 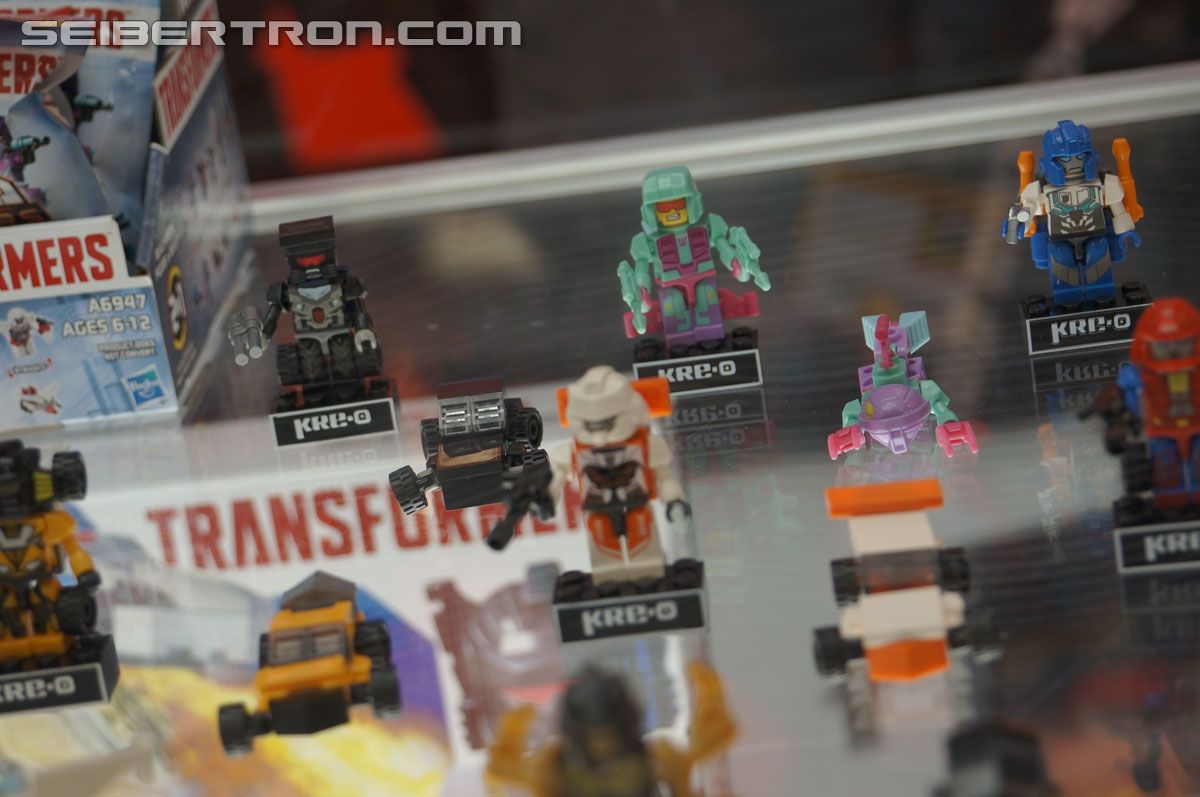 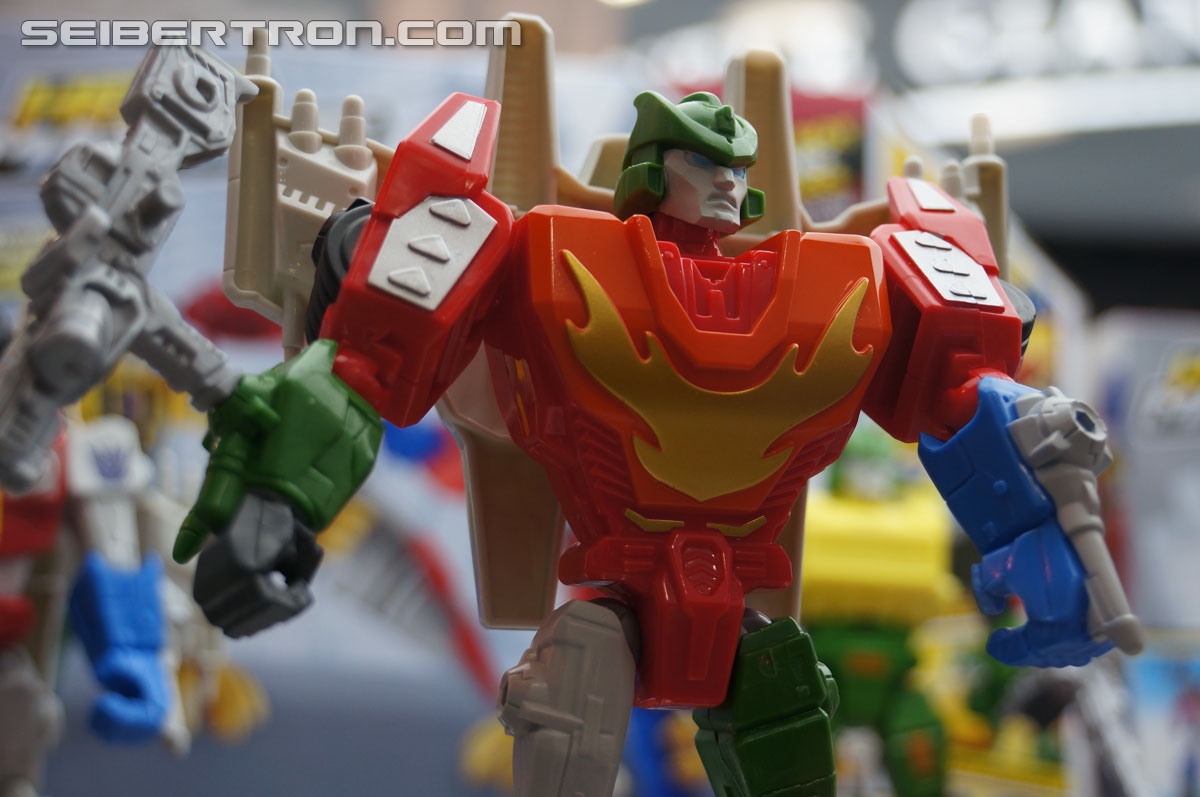 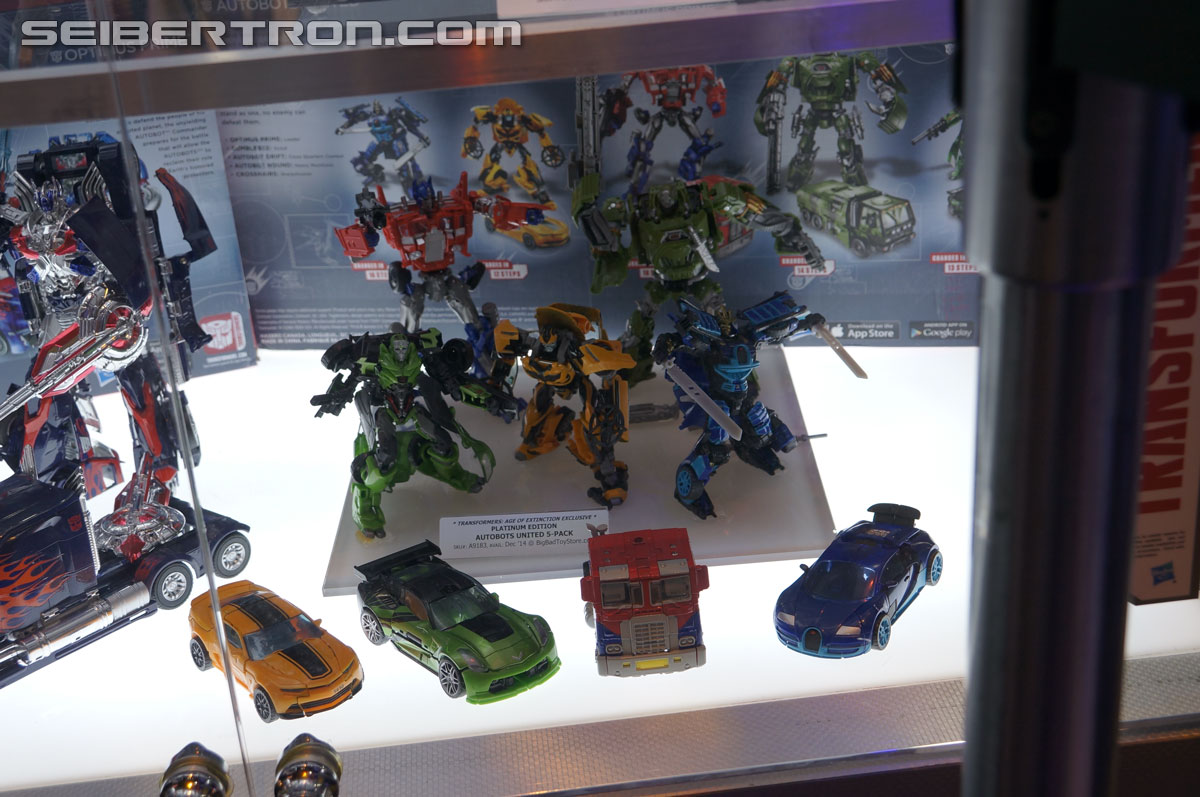 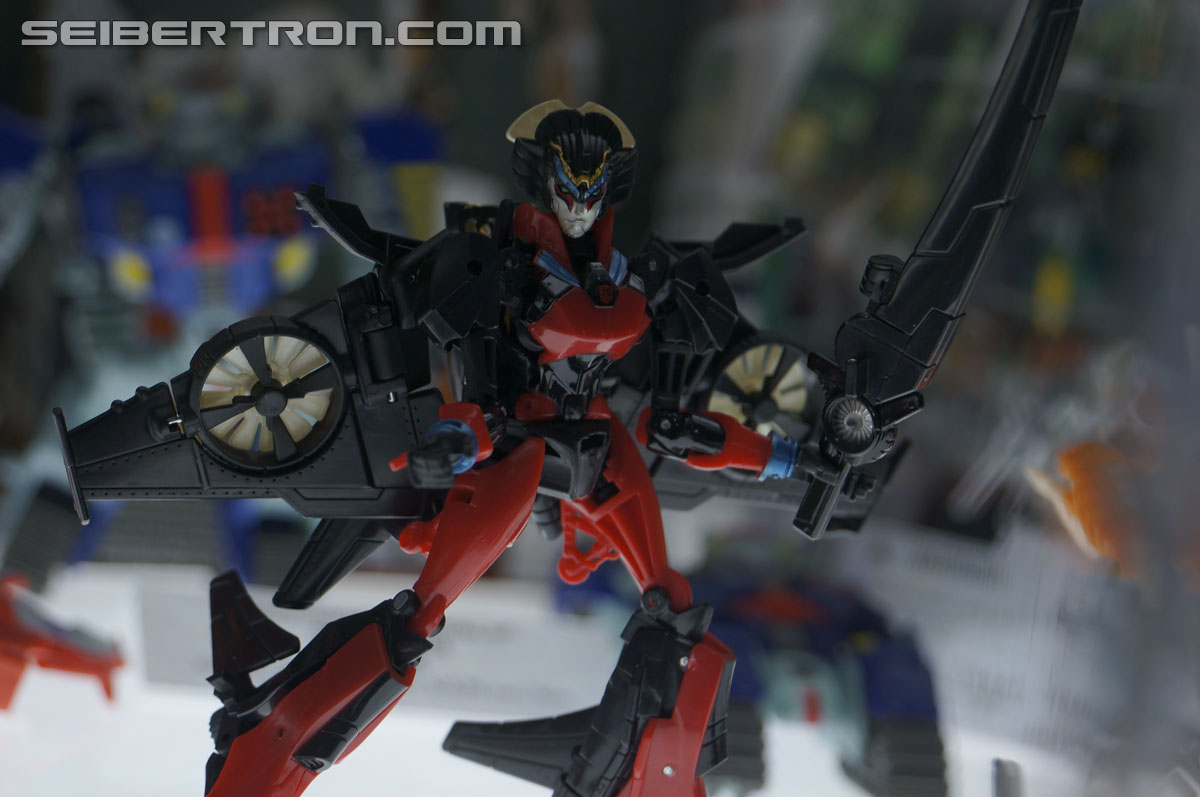 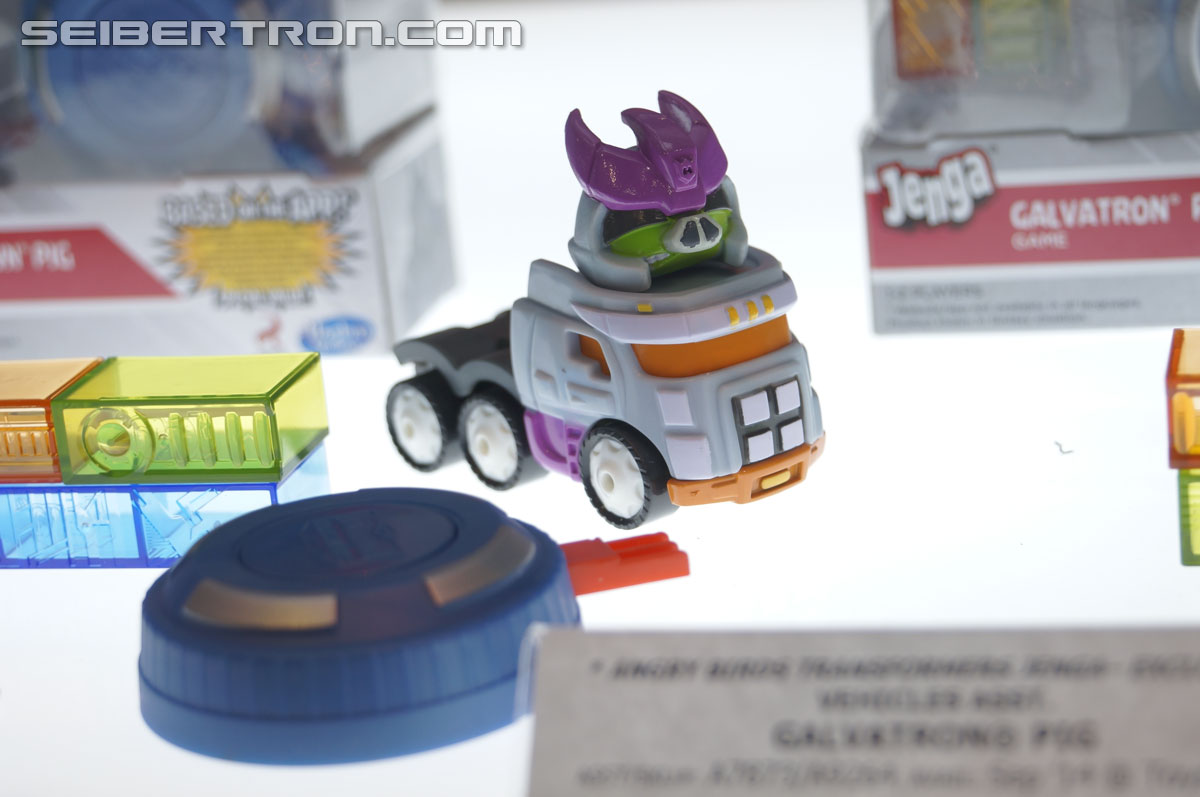 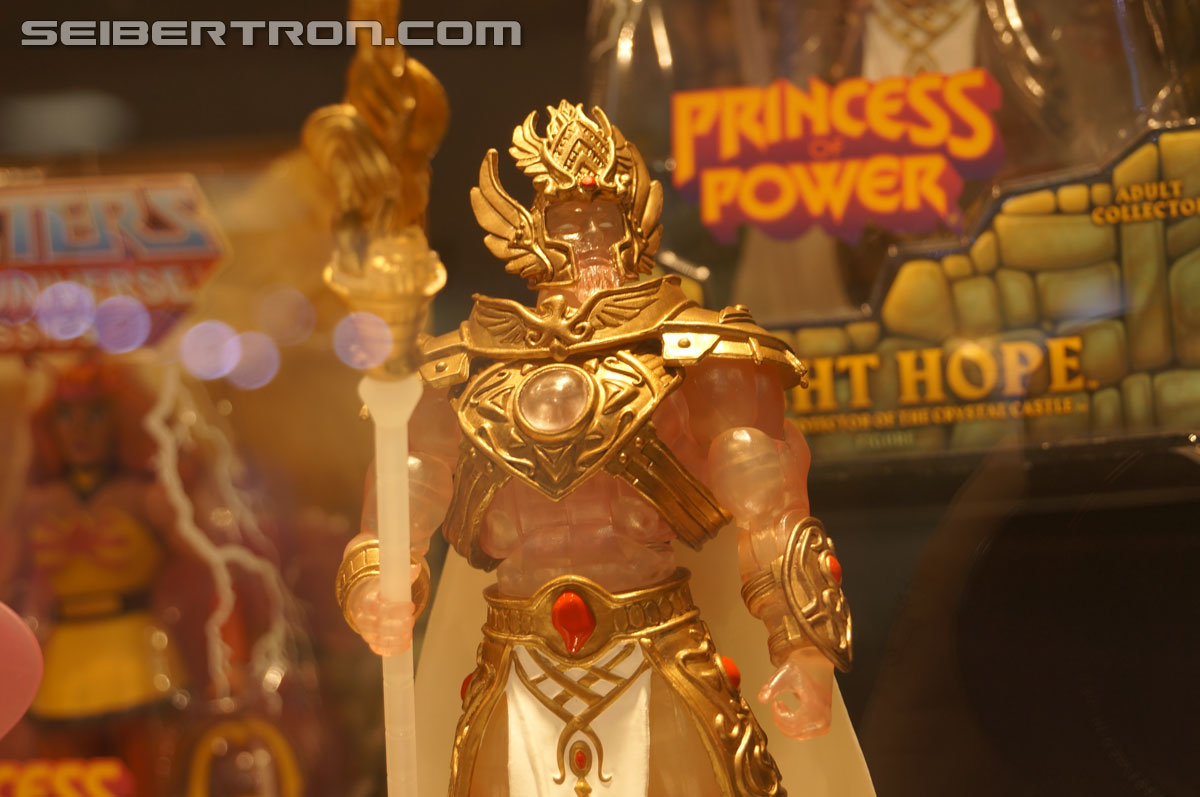 This is just the tip of the iceberg and we'll have more images, more info and the best panel coverage, so keep us open in a tab and have your trigger finger on the reload button, because we're your best source for SDCC 2014 breaking news!

Tigertrack wrote:I wish I had been the Angry Birds designer/creator. Holy jeepers that just went bonkers!

As previously rumoured/reported Hasbro will be rolling out new versions of Superion and Menasor and both teams will come with a sixth member providing extra armor or weaponry!

Check out the latest photos from this years SDCC 2014 below.
Images c/o ToyArk/TFW2005/Joe Moore. Thanks to eagle eyed General Tekno over on the TFW2005 boards, the previously shown Generations Voyager Optimus Prime could be just a cheeky repaint of 2015 Combiner main man Motormaster!
I will let the General explain...

General Tekno wrote:So that core robot on the Menasor is DEFINITELY the new Voyager Prime mold we got teased back at Botcon. The back view of the combined mode makes it pretty obvious.
Also, I'm gonna guess that the Legends addon dudes for the combiners (Menasor's chest car, Superion's powergun) will come with the hands/feet, on account of the hands/feet being completely different colors than the limbs. (And no way they'd paint those given the moving parts) Interesting!
Re: SDCC 2014 Coverage: Galleries Preview (1593117)
Posted by welcometothedarksyde on July 24th, 2014 @ 11:17am CDT
Are there seriously rotor blades on Superion's legs? I'm a really big Aerialbots fan, and having one of them be a helicopter is so far removed from what is okay in my mind. Not to be the one guy complaining, but that really gets to me

These look like really early prototypes though, so I hope that's not finalized
Re: SDCC 2014 Coverage: Galleries Preview (1593129)
Posted by SW's SilverHammer on July 24th, 2014 @ 11:42am CDT
You know, for $15 - $25 toy releases, I think they look pretty alright, aside from some wonky posing. I don't expect them to look like the third party few hundred dollar releases, because they, well aren't, I think the hasbro samples look good so far.
Re: SDCC 2014 Coverage: Galleries Preview (1593134)
Posted by Mindmaster on July 24th, 2014 @ 12:01pm CDT
Ladies and gentlemen, put on your anti-nerdgasm pants on! Starting off our coverage of San Diego Comic Con 2014, we have our Breakfast Event images, which show off our first look at combiners Superion (first teased at BotCon last month) and Menasor! These combiners, part of next year's Generations: Combiner Wars series, are prototypes and show display pieces, hence the hot glue on spots and some wibbly bits and pieces here and there.

As many have guessed, Menasor's central figure is indeed a Motormaster redeco of the Generations Voyager Optimus Prime (also first revealed at BotCon) figure! Also worth noting is that Superion and Menasor are joined by additional characters which are not actually a part of the traditional Aerialbot and Stunticon teams... Superion wields Legends Powerglide as a weapon, and Menasor uses an as-of-yet revealed Legends buddy to form Menasor's traditional car-torso-shield!

Check out the images below, which have been mirrored from our full gallery of the Breakfast Event, which can be viewed here! I do not like Menasor. I will keep FP's.

I'm curious to see the rest of the reveals... under an hour to go.
Re: SDCC 2014 Coverage: Galleries Preview (1593144)
Posted by Noideaforaname on July 24th, 2014 @ 12:14pm CDT
These two are a step in the right direction, but not characters I particularly care about so I'll be passing on them.

I quite like the idea of Legends figures lending some support.
Re: SDCC 2014 Coverage: Galleries Preview (1593147)
Posted by Marcdachamp on July 24th, 2014 @ 12:18pm CDT
I really like them both, but where in the name of Unicron is my Devastator with Prowl as the head???

Re: SDCC 2014 Coverage: Galleries Preview (1593148)
Posted by hinomars19 on July 24th, 2014 @ 12:19pm CDT
Not bad. It'll be interesting to see how they look transformed properly, especially Superion's arms...are they that long or can they be configured better?

MM should be his own bot. Proper miffed and cheesed off now

Miffed status alleviating slightly...
Re: SDCC 2014 Coverage: Galleries Preview (1593149)
Posted by Super Megatron on July 24th, 2014 @ 12:19pm CDT
It doesn't look like Motormaster is a redeco of the Generations Voyager Optimus Prime - the hinges and configurations are all wrong - but I could be wrong.

(Also secretly hoping this leads to a Predaking down the line. I'll buy the crap out of an affordable Predaking.)
Re: SDCC 2014 Coverage: Galleries Preview (1593152)
Posted by Dr. Caelus on July 24th, 2014 @ 12:21pm CDT
If Generations Prime was designed to later become a combiner...

Super Megatron wrote:It doesn't look like Motormaster is a redeco of the Generations Voyager Optimus Prime - the hinges and configurations are all wrong.

Had to borrow from the competition to prove this. It pains me to do this act.

Here it is, proof from General Tekno via TFW2005.