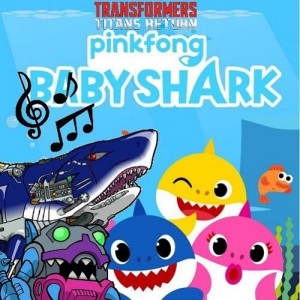 After a bit of a delay, we have another round of fantastic homemade work from the many Seibertronians who give their time and effort to create some awesome pieces of fiction, art, and tutorials for all of us to enjoy. Check out what all hit our Transtopia Section in May of 2019, and let us know what you think of it all below, or in the threads that each piece comes from!

To say the least, whenever Feedback got a visit from Crueljaw, it never ended well. Mostly, it ended in him offlined for a bit.

This time, when he booted back up, Crueljaw had left a data pad on Feedback's chestplate.

"What the frag..." He muttered as he looked at the data pad. It had orders on it for him to report to Psychout's for further information on his new assignment...

Primal was proud. Observing in silence from his quarters on-board the Axalon. Through the window, Cheetor was running drills with the troops below, evasive manoeuvres from Beast to Bot Mode and back again. Any flaring tempers - B'Boom - his protege was able to defuse with an ease that many within Maximal Command would struggle to emulate. Rattrap's withdrawal from active command had prompted Primal to consider Cheetor as a C.O. He previously believed the young Cat Bot had potential, yet had shied away from pushing him further, due to his impulsive nature. This choice had yielded such positive results, he felt a little guilty at his prior reluctance.

Movement in the corner of his optic drew him away from his reverie. Battle hardened instinct had him launch a mace with amazing speed to the source. The mace was deftly evaded by the darkness in the corner of the unlit room. Which then seemingly coalesced into the slight form of the Tri-Predacus Agent, Shadow. In truth, a deep cover Maximal Double Agent, known only to the Maximal Elders... and Optimus Primal.

"Another great lesson you two, keep this kind of pace up and you will be ready for the Autobot Academy a year earlier than your supposed to." the tutor said with a proud smile as the pair of teenagers stood in front of him. Nightracer was managing to look like the praise had not gone to her head as she stood there in a calm manner, Orion though...well, he had the biggest grin on his face and could not look more happy. The Femme simply smiled and shook her head slightly as she looked to the ground for a second.

'I could hit Orion for being so big-headed, if it weren't for the fact he was so cute doing it.' Nightracer thought as Jetfire looked at his holo-tool.

On Nebulos, Brainstorm and Arcana were explaining Sumdac's Proto-matter process. Perceptor and Zetar were spellbound. Living metal bodies that could be rendered by programming the alloys to take form. Sumdac's achievement was no small feat. This marked the beginning in a new age. The gap between biological and technological was going to become smaller. Perceptor, Brainstorm, and Arcana conversed about the seemingly unlimited uses for such a process. Zetar looked around the lab before asking. “So where is the doctor?” The three bots paused. Arcana smiled softly. “He's taking some time off to spend with his daughter.” After a moment Brainstorm broke the silence. “While the doctor is not here, there is however, someone here you should both meet.”

Ahead, gathered in a large clearing, were over a dozen Insecti-clones. Skyfire’s optics flared with uncontrolled rage! To him, these newly minted Transformers resembled three of the most sadistic beings he had ever encountered—Kickback, Shrapnel, and Bombshell. The Seeker-turned-Autobot soldier leveled his double-barreled laser rifle and lit into the unsuspecting swarm until they were nothing but smoking piles of scrap. When he finally stopped firing, robotic insect parts littered the landscape for as far as the optic could see. A sense of satisfaction washed over him as his cooling systems kicked in.
“Damn that felt good,” he said. 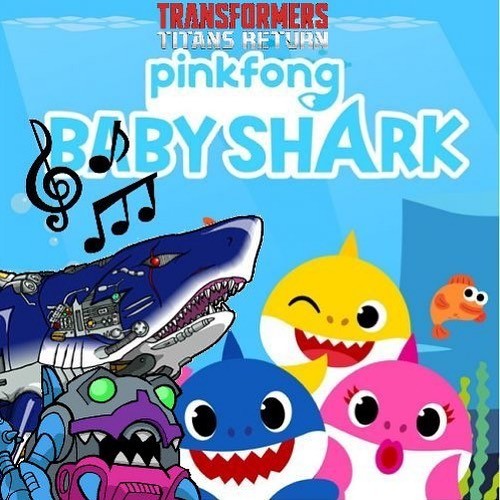 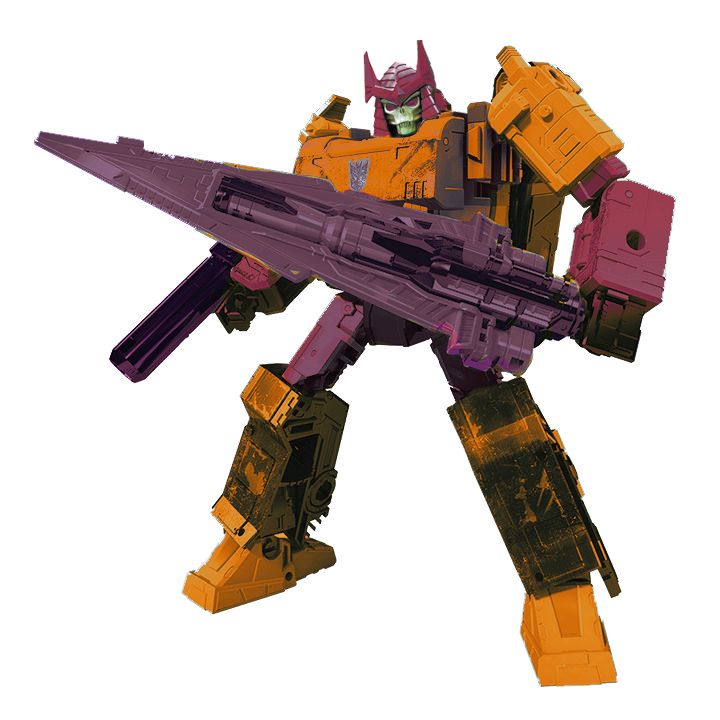 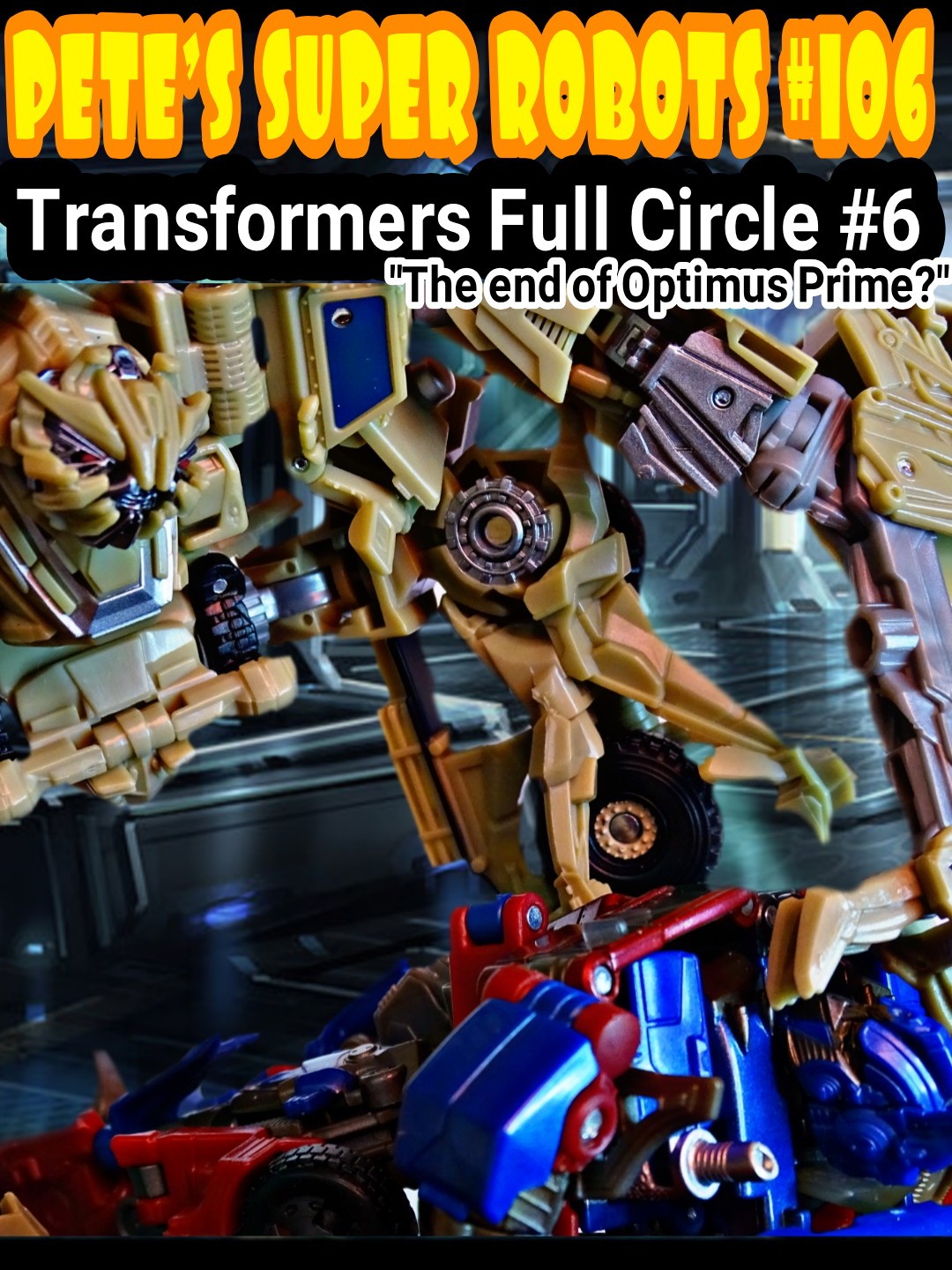 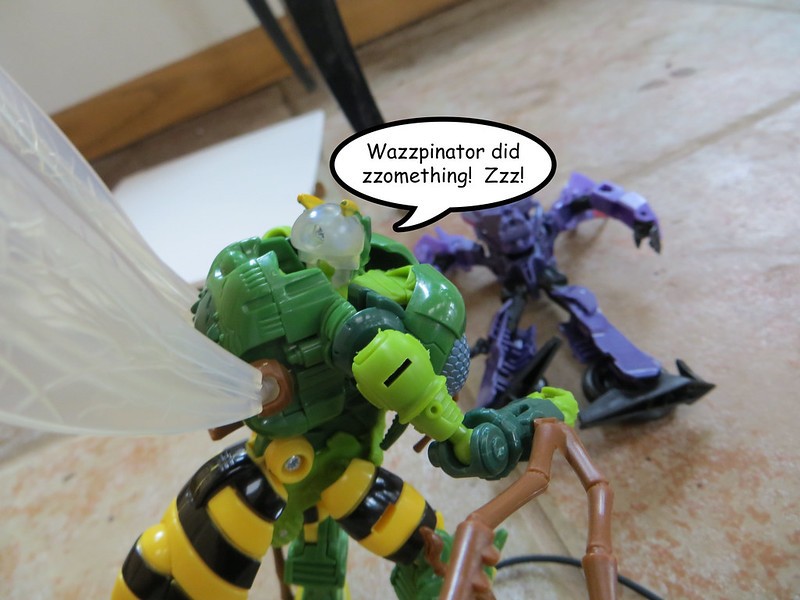 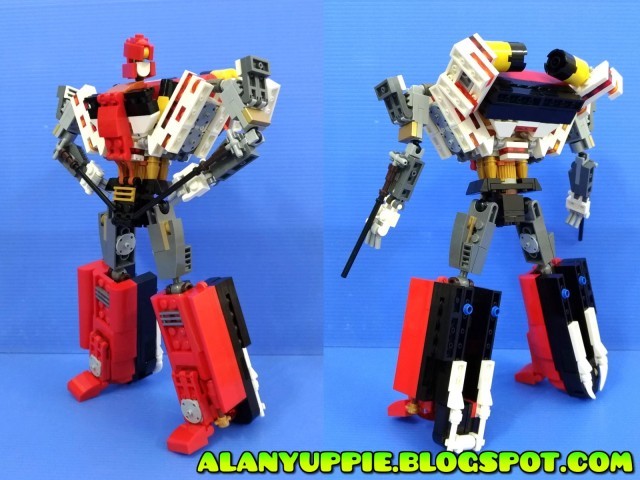 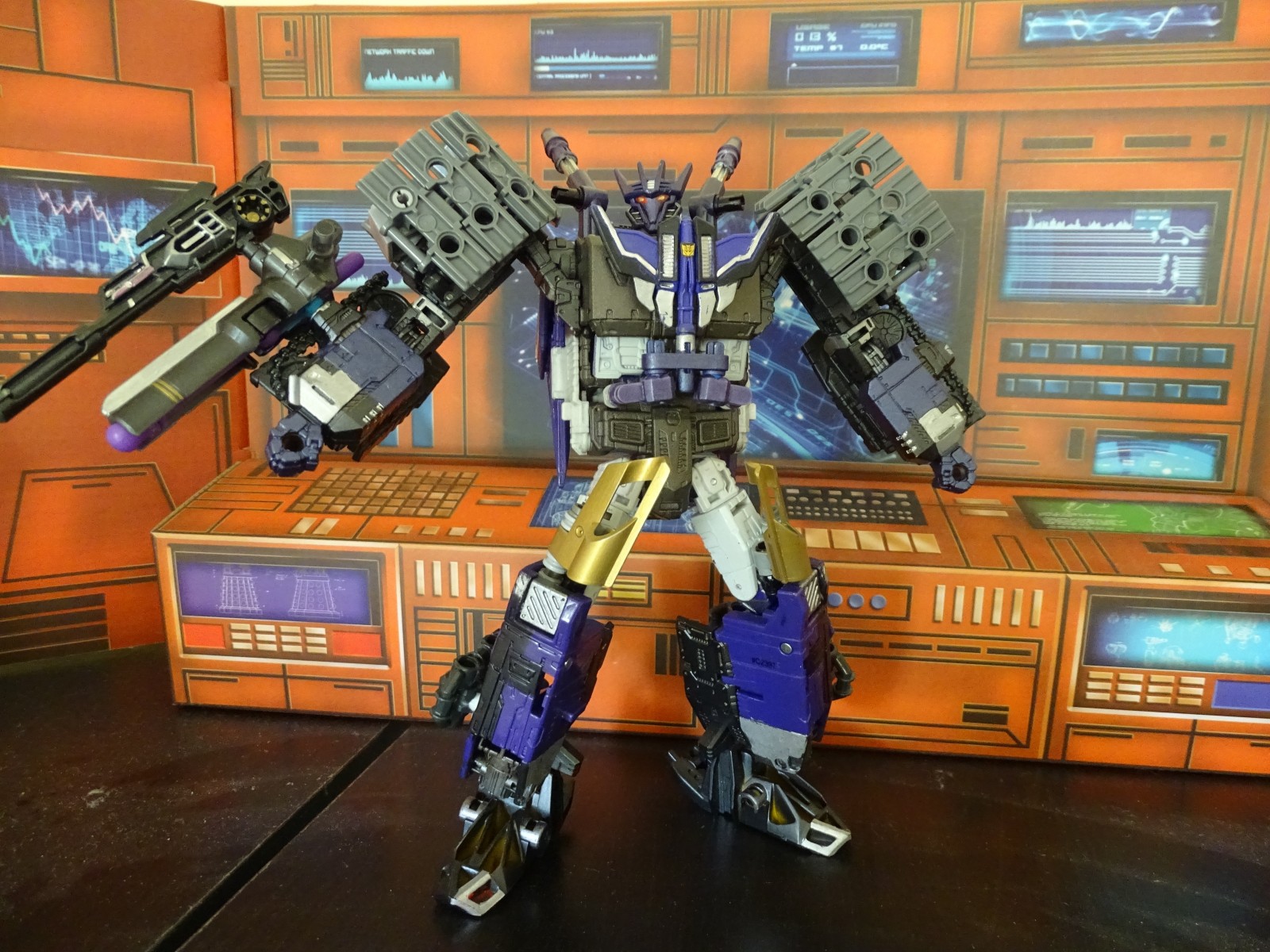 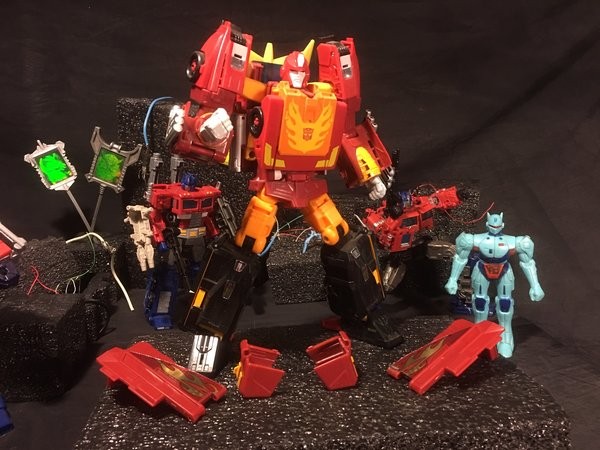 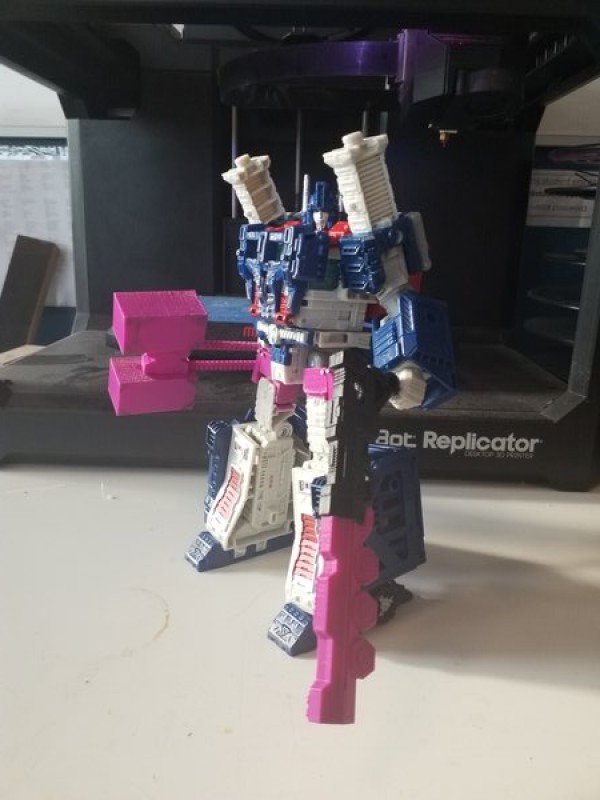 Skorp here is looking for some community feedback for some shoulder missile launchers for Prowl, please drop them some thoughts! 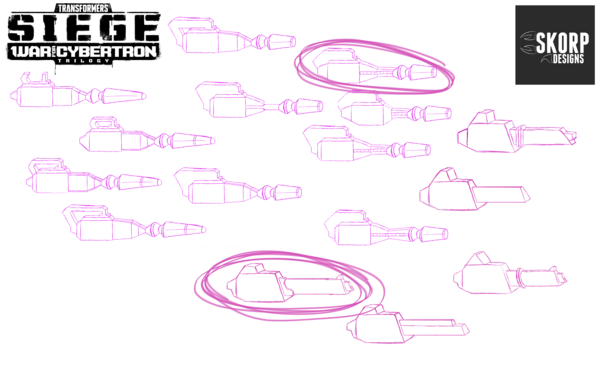 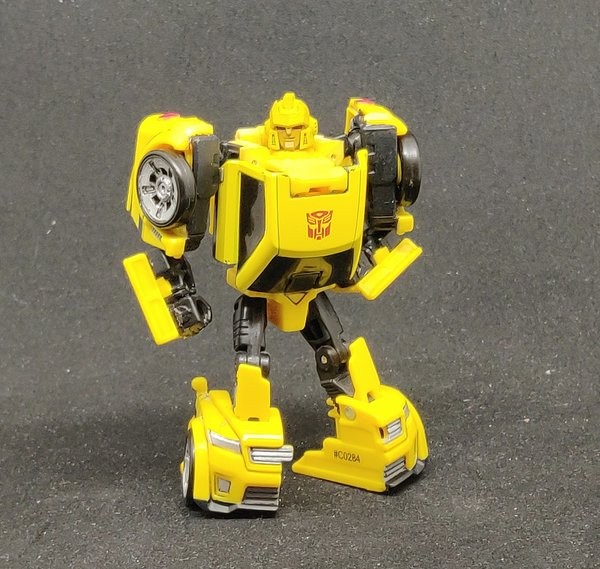 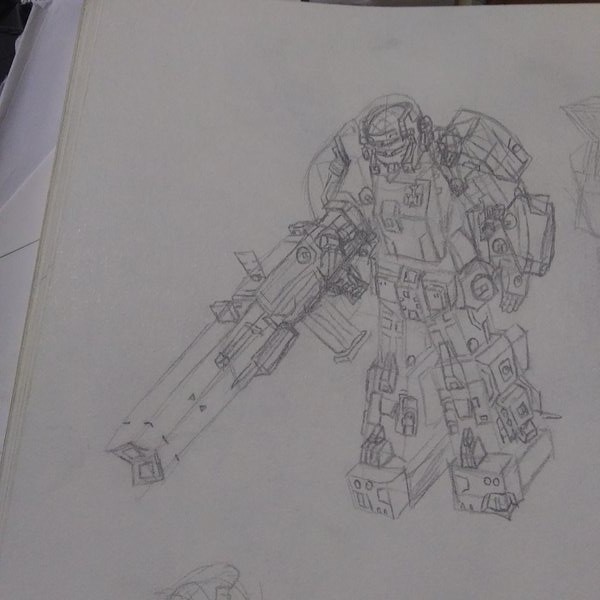 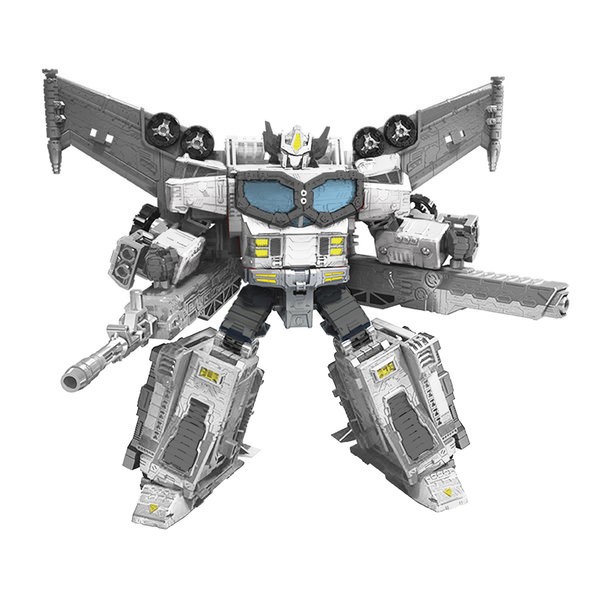 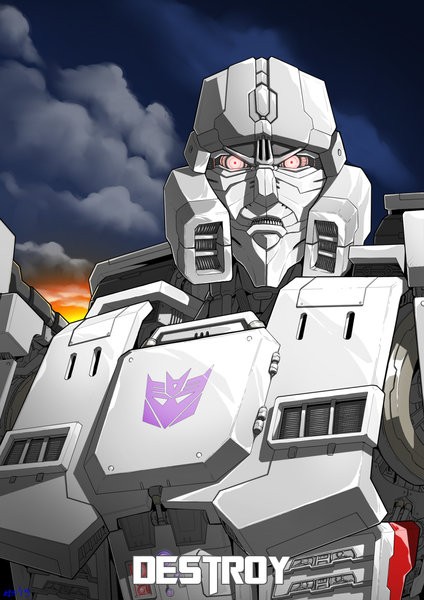 I want that (or a Generations Nova Prime in general) so badly but not just repainted. It definitely has to be a retool.