So what's Bumblebee's voice actor, Mark Ryan, been up to?

The press release below isn't really Transformers related, but I thought some of you might be interested in hearing more about movie Bumblebee's voice actor, Mark Ryan. Here's what he's been doing in his spare time:

Los Angeles, CA - October 1, 2008: Mark Ryan (Transformers, The Prestige, Evita, Robin Of Sherwood) announces the launch of Wuthering Heights Music, a musical adaptation based on the novel by Emily Bronte. Beginning today, visitors to http://www.WutheringHeightsMusic.com can listen to Ryan's four original songs inspired by the gothic love story: Dark Passion, Women, Heathcliff's Prayer and I love The Wind. The website also features a music video for the song Women, narrated by Ray Winstone (Beowulf, The Departed, Indiana Jones, Sexy Beast). Currently, music downloads for Dark Passion and Women are available free and a four-song EP will soon be available for purchase for $1.99.

Growing up amongst the hauntingly romantic landscapes of Yorkshire, Ryan developed an emotional connection to the story of Wuthering Heights. In 1988 he wrote eighteen original songs inspired by Emily Bronte's novel, but was forced to put the project on hold due to his burgeoning film and television career. Years passed and with the success of Transformers (voice of Bumblebee), he decided it was finally the right time to record the music. Twenty years later Ryan comments, "This has been a labor of love and I am so proud to finally launch it. I believe we've created a musical that is as powerful and heartfelt as Bronte's tragic love story and I hope it entertains fans and music lovers alike."

Ryan is proud of the team he has assembled to make his passion project a reality. Credits include Robb Vallier (Spamalot, Gin Blossoms, Peter Murphy), who produced the four songs with Ryan. The vocal ensemble includes Jenn Korbee (Cathy), Jessica Kennan Wynn (Nelly) and Katie Boeck (Isabella), who all appear in the video for Women.

Mark Ryan has had a successful career in theater, film and television for over 30 years, including Evita in London’s West End originating the role of Magaldi and most recently voicing Bumblebee in the blockbuster film Transformers. 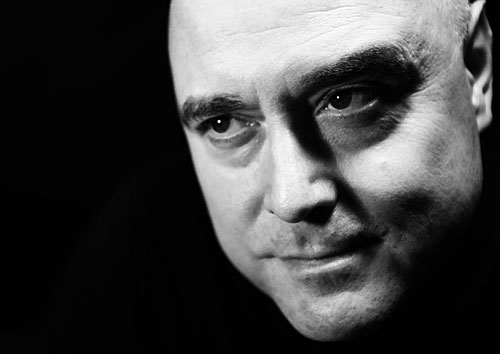 Wikipedia wrote:He began working on the 2007 film Transformers during filming as the on-set voice of several different robots. This work continued throughout filming and into editing, prior to the actual casting of voice-over talent. He was then cast as the voice of the character Bumblebee. Ryan also voices Ironhide and Hoist for the Activision video game based on the film.