Steal of a Deal: IDW Transformers Sale 50%Off Digital Comics 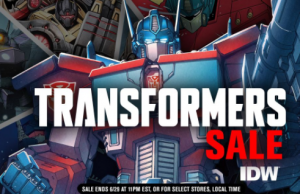 Now through 6/29 Comixology is offering 50% off on Transformers comics. This sale is massive, featuring Transformers: Spotlight issues as well as Lost Light, Till All Are One, Optimus Prime and much more! We would also like to point out that the Shockwave Spotlight issue is free to download. 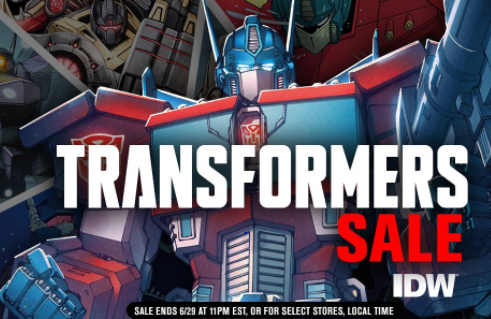 Posted 2 days ago
News Categories: Toy News, Movie Related News, Cartoon News, Comic Book News, Site News, Rumors, Event News, Digital Media News, Collectables, Sponsor News, Game News, Site Articles, Store News, Company News, People News, Press Releases, Reviews, Sightings, Unlicensed Products News, Auctions, Transtopia, Interviews, Knock Offs, Collector's Club News, Editorials, Heavy Metal War, Podcast, Contests, Book News, Top Lists
Click here to post your comment about this news story!
Re: Steal of a Deal: IDW Transformers Sale 50%Off Digital Comics (1890302)
Posted by YoungPrime on June 18th, 2017 @ 4:13pm CDT
Why are all the "-ation" TPB's at regular price? Those are the only TF stories I'd be interested in purchasing there.
Re: Steal of a Deal: IDW Transformers Sale 50%Off Digital Comics (1896033)
Posted by Kurona on July 11th, 2017 @ 4:05pm CDT
Yes fellow Seibertronians, you did just read that title right -- until the 24th of this month, online digital comic retailer Comixology is having a 55% off sale on every single IDW comic they have (with the single stipulation that the comic can't be one released after the 5th of this month) as long as you input the code IDW17 at the cart. From every Transformers comic under IDW's banner like More Than Meets The Eye, All Hail Megatron and Till All Are One to the full IDW Hasbroverse including Revolution, ROM, G.I. Joe and more; click on the image below to go to Comixology's frankly quite insane sale, see if you can't get a damn good deal and brag about any haul you might have in our forums! 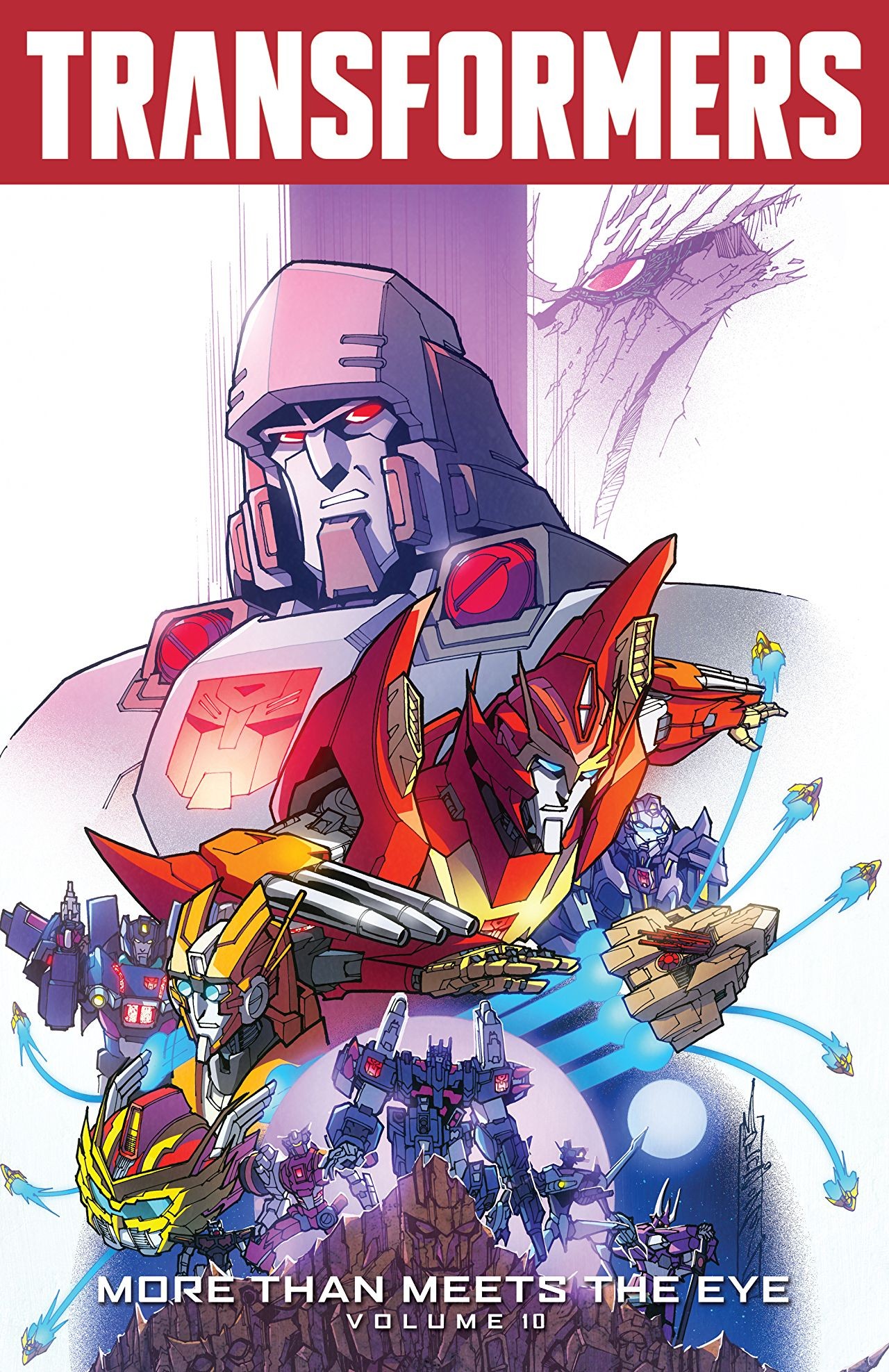 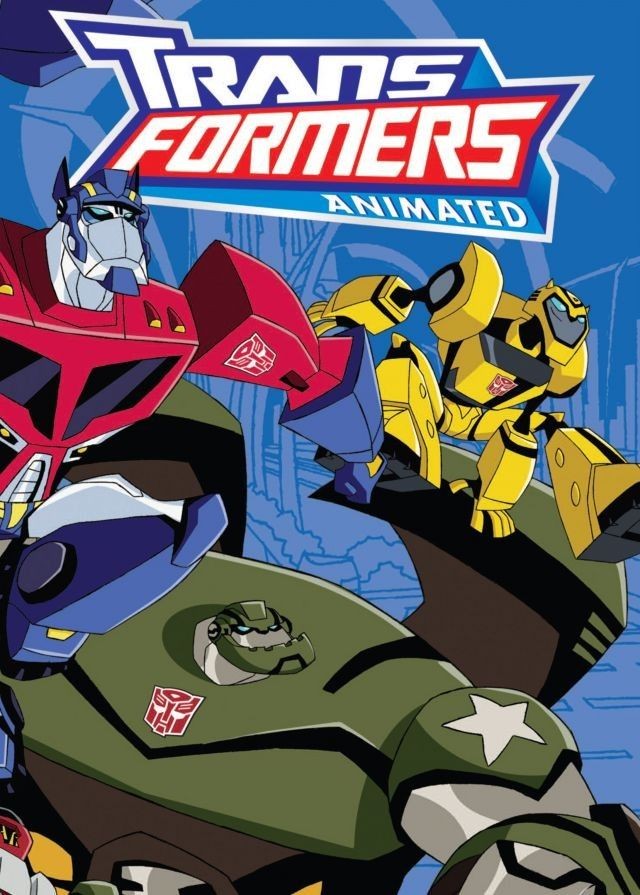 Re: Steal of a Deal: IDW Transformers Sale 50%Off Digital Comics (1922989)
Posted by D-Maximal_Primal on November 21st, 2017 @ 11:06am CST
Thanks to a heads up from Seibertronian Carytheone, we have word that Comixology is having yet another IDW Transformers comics sale. While this has all the appearances of a pre-Black Friday sale, there is nothing in the email related to Black Friday, merely stating that this is a Mega Transformers sale.

Re: Steal of a Deal: IDW Transformers Sale 50%Off Digital Comics (1927499)
Posted by budmaloney on December 20th, 2017 @ 9:09pm CST
So I've been thinking of picking up the Lost Light Volume 1 collected edition and perhaps the MTME ones. I have the individual issues digitally, but I'm wondering if there is an added benefit to get the collected? Like do the digital versions have additional art in the end of the book, or collect all the covers separately?

Also just curious, what type of reading do you prefer? Single issue, month by month, or wait till trade comes out. It seems to me they're priced the same more or less
Re: Steal of a Deal: IDW Transformers Sale 50%Off Digital Comics (1958005)
Posted by Va'al on May 7th, 2018 @ 4:55am CDT
As was inevitable, and expected really, the arrival of the Unicron series from IDW Publishing's Transformers (and Hasbro) comics universe has also set off, with the end of the current narrative universe, another comics sale over on ComiXology.com!

Re: Steal of a Deal: IDW Transformers Sale 50%Off Digital Comics (1979606)
Posted by Va'al on August 21st, 2018 @ 5:30am CDT
With the IDW Publishing Transformers: Unicron mini-series halfway through, and both ongoings Optimus Prime and Lost Light reaching their conclusion in the coming two months, we have a good opportunity to catch up thanks to comics subscription service comiXology! 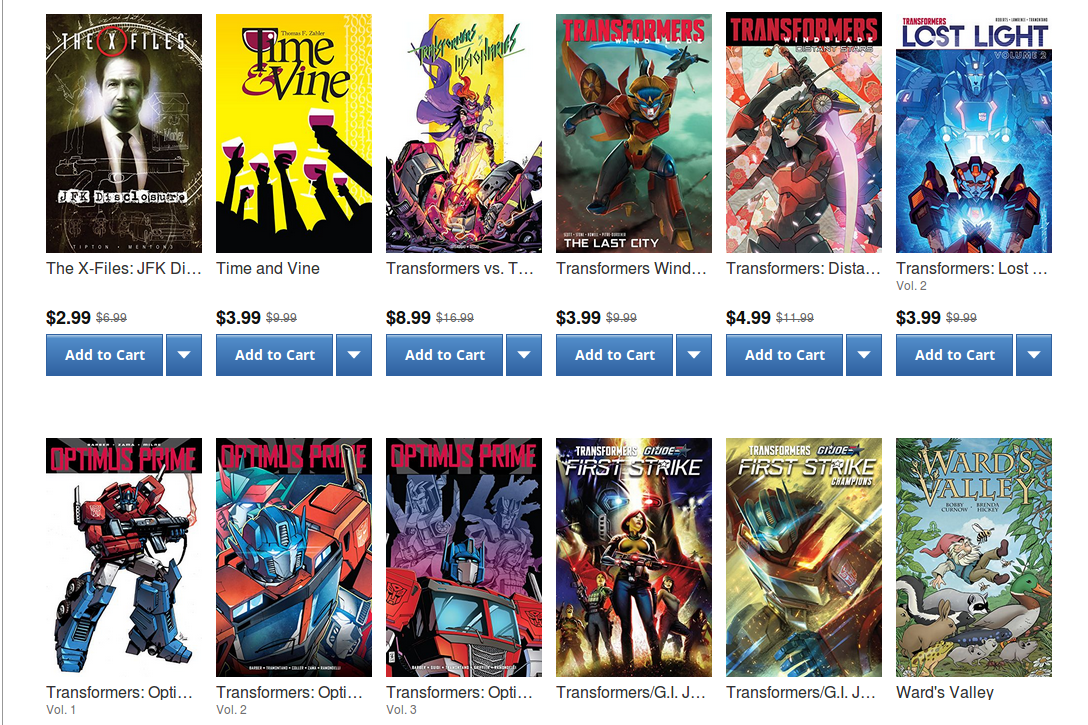