The official Takara Tomy website has announced that the company will be holding a FES event this August in Funabashi, an hour outside Tokyo, in order to show off toys - current and potentially new - a stage-event, open all day to all fans of transforming robots! More details can be found below, and we'll update when more news surfaces, but maybe we'll find out more about MPM figures - or even Masterpiece MP Dinobot..?

Exhibition of the latest toys and stage · Enjoyable by everyone
It is a varied event such as attraction! It is!

For details of the event contents, please do not hesitate to contact us!

There are other stations, but they need a bus, or a 10 minute walk (the station near the Ikea being one of them).

Please be aware that this probably isn't a huge event. It's probably a small stage in the shopping centre with a few guest voice actors, Takara staff, a small display of toys and maybe a small giveaway of a legends figure to kids, or something like that.
Re: Takara Tomy Transformers FES 2017 Announced - August 5th, Tokyo (1894386)
Posted by Va'al on July 4th, 2017 @ 10:32pm CDT
I edited the location, thanks.

Below you can find a machine translation of the information found on the page, plus details on a Toys'R'Us exlcusive legion sized Megatron toy available with a minimum spend in store, competitions and more - give it a read!

Others:
* there are draw events as well. 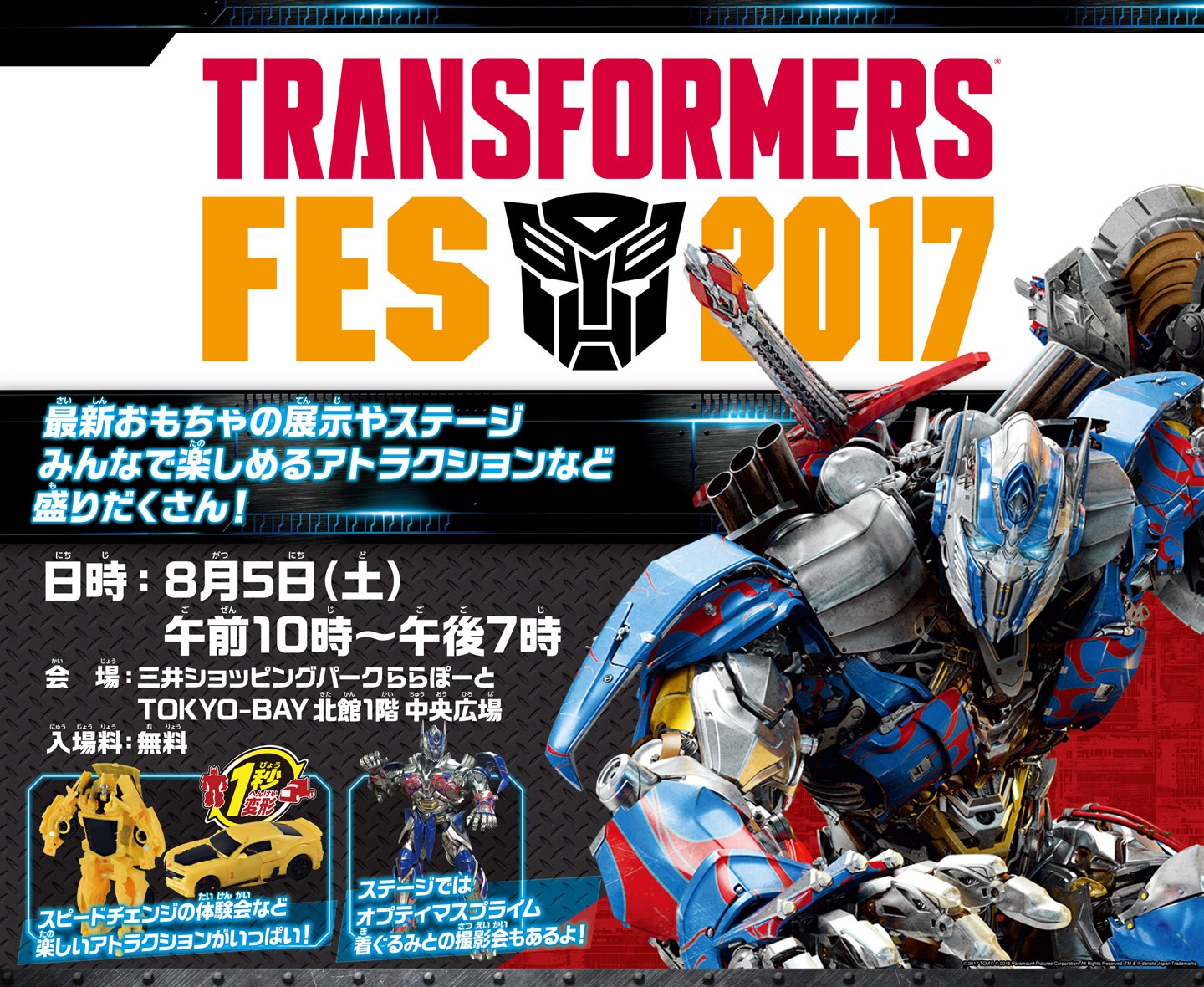 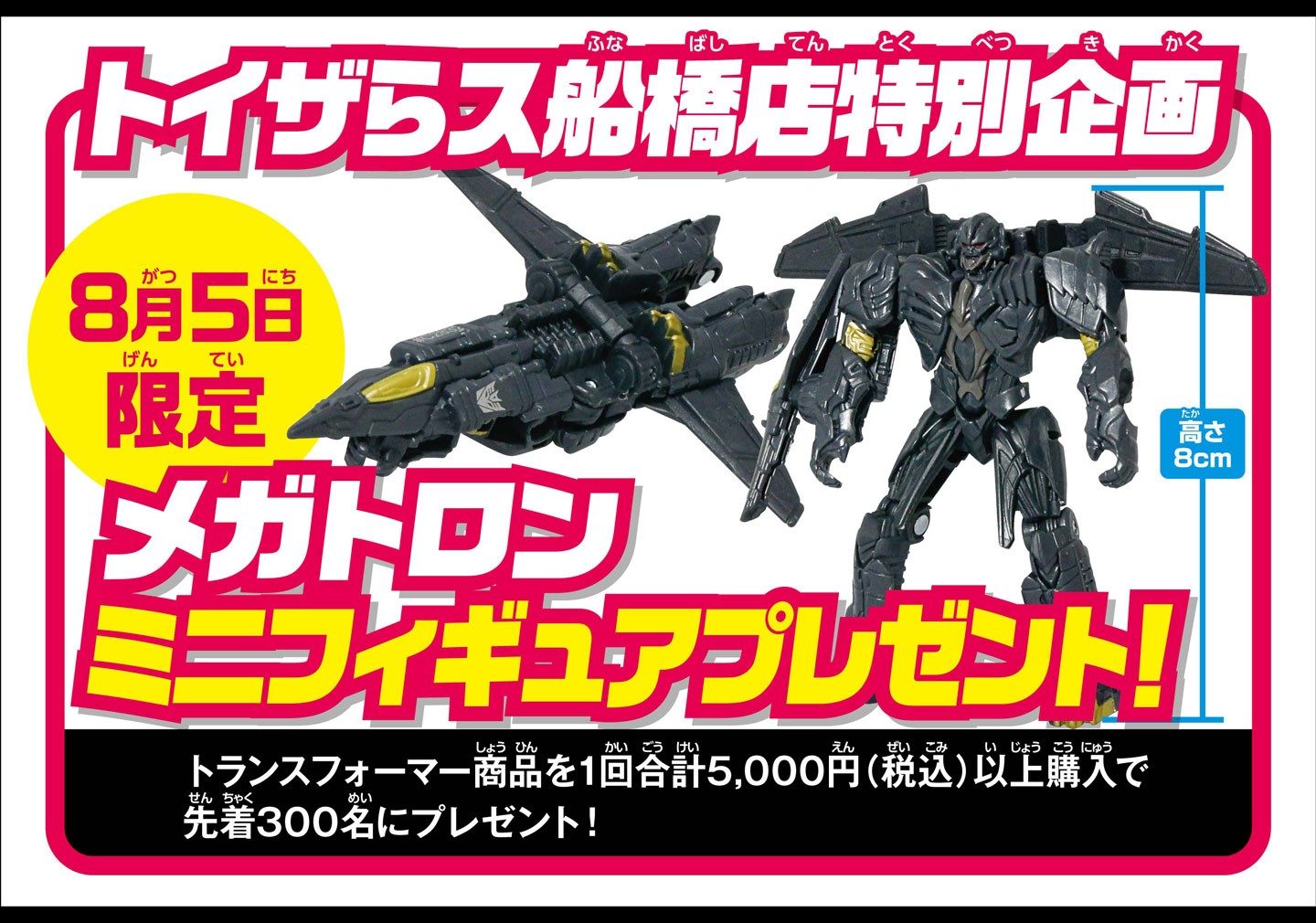