Greetings Seibertronians! This one goes out to the fans of Transformers BotBots, one of the more popular recent additions to the Transformers franchise and a boon to those who love posing their transformers in amusing situations, like Beast Wars Masterpiece Megatron with his rubber duckie.

Target have updated one of their BotBot listings as Series 6 Caffine Collective, listing it similar to others in the series so far and mentioning this name repeatedly in the product descriptions. We knew from the last Toy Fair that series 6 was happening but this gives us the name and theme of one of the new teams. The pictures used for the item though are those advertising series 5, the gold rush games. 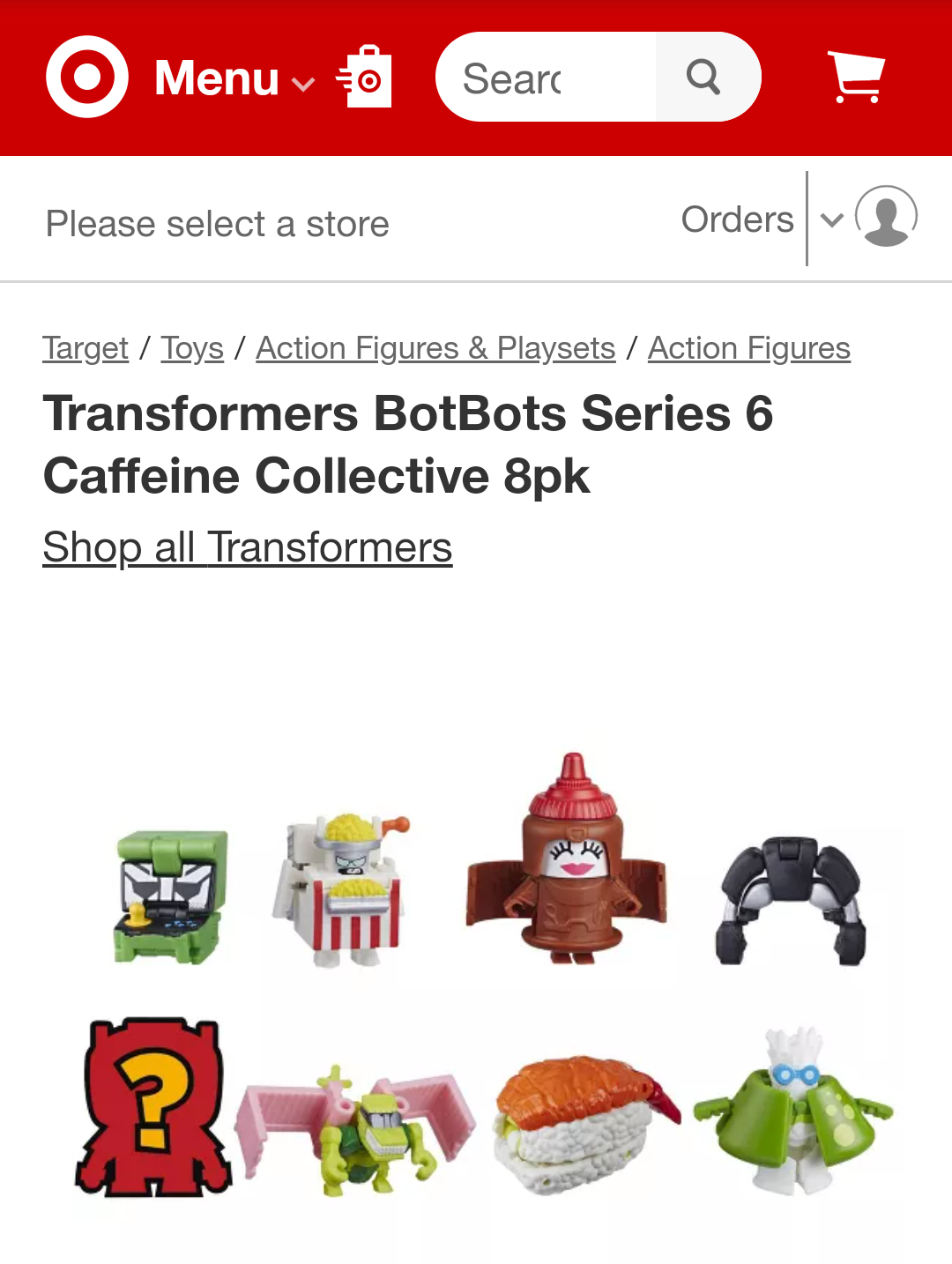 Anyone buying this will not receive this series 6 Team. Instead they'll receive Series 5 Hibochi Heats 8-Packs.

This team isn't out yet and hasn't been officially revealed by Hasbro. All we have is this name.

You excited to catch more BotBots? Think these will give your collection a caffeine buzz? Let us know in the Energon Pub and stay tuned to Seibertron for all the latest news and reviews!

The source is the Lost Bots book that came out and I've been reading to my youngest every night this week.