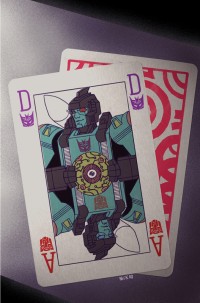 With all the hoopla and goings on surrounding the highly anticipated registration for the Official Transformers Colletor's Club's Botcon, other big conventions taking place around the globe may have been getting pushed to the side with their convention information.

TFCon, the most prominant Transformers fan convention in Canada, has posted a new guest announcement for this years event, taking place on July 17th and 18th. Here's the official announcement from TFCon:

May 20th - Dan Khanna has penciled a number of Transformers convention books dating back to 2001. He has worked on everything from statue design for Hard Hero, to Transformers T-Shirts, commemorative plates, pin-ups, and art on many of the Transformers toy boxes for Hasbro. Dan will be setup in the dealer room all weekend sketching and signing for the attendees of TFcon.

For fans to the north who may not be able to make Botcon, TFCon has always proven to be a fun time for Transformers fans just the same.