TFNation 2016 - Update Round-up: Sins of the Wreckers, The Forge, More 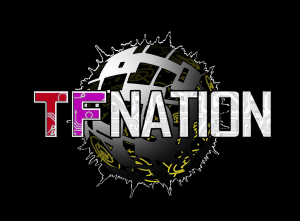 With only a couple of days left before the debut of TFNation - the new UK Transformers fan-run convention - and a big announcement that just came through the pipes, we thought to round-up bits of what you may have missed in the past couple of weeks! First off: Sins of the Wreckers TPB before its release date available via Nick Roche (to buy) and the event (as prizes!).

TFNation 2016 may be just four days away but do not fall into the Decepticon trap of believing we are all out of surprises. There’s one nearby… real nearby…

We are thrilled to confirm that in collaboration with TFN guest Nick Roche, we are able to bring you the “Sins of the Wreckers” trade paperback, ahead of its release!

Somebody has kidnapped Prowl… but does anybody want him back? After a five year wait, it’s time to call upon the Wreckers once again in this highly anticipated sequel to “Last Stand of the Wreckers”.

Nick will have a limited number of the books available at his stall. So if you wish to grab the book before it hits stores AND get it signed by the writer and artist himself, this is the perfect opportunity!

If you are not lucky enough to nab a copy from Nick then fear not, TFNation will also have a run of books on hand. We will be giving them away all weekend as part of our free door prizes and various competitions we will be running! Why? Because we are so happy that you have all supported us through our first year, that we wanted to share the Wrecker love with you.

Four days people – get ready to Wreck and Rule at TFNation 2016!

Where All Are One
End_transmission

Next, make sure to drop by two of the features of the event, the Show Cars and The Forge. While the former needs no real explanation - though you can find more info here - the latter is similar to Artists' Alley, and will also include a good number of Seibertronians, such as hinomars19 and Demonology7789, and the ideator of the Lenten experiment. More here!

Take a look at the floor plan for the event right here, and if you're in Birmingham this weekend (19-21 August) make sure to drop by the AV desk to say hi to yours truly, too!

Very much looking forward to meeting you too!

Very much looking forward to meeting you too!

Re: TFNation 2016 - Update Round-up: Sins of the Wreckers, The Forge, More (1838516)
Posted by Va'al on November 2nd, 2016 @ 1:36pm CDT
With TFNation rolling its dates out for 2017, as reported here, we were also finally able to get round to uploading a small album of images from the 2016 event, including some that were seen on the boards, some that were reported during the Toys Alliance reveal, and some that are definitely blurry - Va'al's camera is to blame for that. Or Va'al directly. Check out a preview below, including rare toy displays, fan area The Forge, James Roberts, Alex Milne, Simon Furman, Jim Sorenson, Richard Newman, Paul Eiding, backstage shots, and more, and click on any of the images to check out the full gallery!