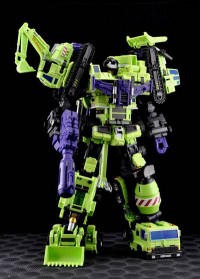 Great News SourceFans!
We invite everyone to visit the new and improved TFsource 3.0! We worked very closely with our customers to enhance the shopping experience and are excited to finally have everyone’s work come to fruition! Furthermore we are now offering two new features on the site we are very excited to announce. First is Source points – for all charged orders you will accrue Source points, used towards freebies (free Transformers!). Second we’re now offering free domestic shipping on all orders over $150, and reduced shipping on international orders over $150. So head on over to TFSource and check it out! We also welcome feedback on our new design or usability of the site. Please feel free to contact us directly with your feedback!

Will you be at Botcon in Dallas on Apr 26-29 or Dairycon in Fond du Lac, WI Apr 27-28? If so TFsource will be there! Please e-mail us if you would like us to bring specific toys! Visit http://www.botcon.com and http://dairylandtransfans.webs.com/DTFdairycon2012.html for more information.

We've got many new preorders and instock figures on the new site. Be sure to check out all the TFgoodness below!

All 6 pieces in one giftset packaging, preorder yours here http://tfsource.com/products/view/product_id/4328 Set for a June release date!

This exclusive recolor is now set for an August release and TFsource has secured a limited amount. Best of all, enjoy free domestic shipping on this piece with our free shipping campaign on all orders over $150! International customers additionally get reduced shipping on their orders over $150 as well! http://tfsource.com/products/view/product_id/4329/

Don't forget that we still have MP-11 Starscream instock!

This highly anticipated set just hit our warehouse on time, and we are processing orders and will start shipping out tomorrow. If you didn't preorder yet, we have a very limited amount remaining, so get your order in now! http://tfsource.com/products/view/product_id/3755/

This uniquely colored set is limited to 500 pieces, preorder up here: http://tfsource.com/products/view/product_id/4327/

This book will be instock shortly and we likely will have a limited quantity available for sale at Botcon! Sample pages look quite promising, potentially some later G1 pages as well. Due out later this month, preorder yours here: http://tfsource.com/products/view/product_id/4294

This exclusive hints at what may be included, it looks like a repaint/remold of the Henkei Inferno/Universe Grapple, with some sort of an add-on. We'll keep updating as more photos are released, and are looking forward to seeing an artfire in the lineup! https://tfsource.com/products/view/product_id/4225

We managed to pick up a limited amount on the final stock on this popular piece. Once seen in person this is a truly impressive version of the movie optimus, Instock now! http://tfsource.com/products/view/product_id/4232/

Check out all of the TFsource New Recruits! Just added almost 50 new items, from great Masterpiece figures, to hard to find reissues, to Cybertron, Galaxy Force, and more! Be sure to scroll through the pages! http://tfsource.com/search/view/status/2/page_id/26/

New Source Article: In their own words - Part 3! The last in a trilogy of articles from fans featuring their own commentary on the hunt for rare and highly sought out Transformers. Click the link to read and enjoy! [url=http://tfsource.com/blog/in-their-own-words-part-3/]http://tfsource.com/blog/in-their-own-words-part-3/
[/url]

In Their Own Words – Part 3 | TF Source News

If you missed out on the AM-06 Transformers Prime Skywarp - good news! TFsource has received a limited amount of these as well as the extremely popular AM-04 Ratchet. Available now: http://tfsource.com/products/view/product_id/3601

We've just restocked the popular Transformers Prime - Cliffjumper (Takara/Tomy edition)! This piece never found its way to the US release, but we have limited stock on the Japanese version, now instock and ready to ship!

Preorders are now up for the Voyagers wave 2 - Featuring Starscream, Bulkhead, Prime and Megatron! Order yours here: http://tfsource.com/category/view/category_id/234/

These two highly anticipated figures are now up for preorder on the site. While slightly larger than the two previous mini-warriors... these guys should fit right in with your Classics figures.

These great new figures are finally instock and change from animal to cassette tape and back, and work with the BTS Sonicron figure! We've already started processing and shipping out preorders, if you haven't preordered yet we have stock remaining for order now!

We've received some great customer reviews in for both #21 Encore Soundblaster and #22 Encore Twincast! Although #21 Soundblaster is out of stock, we still have limited quantities of #22 Twincast. Get yours today!

Posted 5 days ago
News Categories: Toy News, Movie Related News, Cartoon News, Comic Book News, Site News, Rumors, Event News, Digital Media News, Collectables, Sponsor News, Game News, Site Articles, Store News, Company News, People News, Press Releases, Reviews, Sightings, Unlicensed Products News, Auctions, Transtopia, Interviews, Knock Offs, Collector's Club News, Editorials, Heavy Metal War, Podcast, Contests, Book News, Top Lists
Click here to post your comment about this news story!
Re: TFsource 4-23 SourceNews! TFsource.com 3.0 is now live! (1371976)
Posted by G1 Legacy on April 23rd, 2012 @ 12:41am CDT
I love TF Source, really I do, so that being said please dont take the following out of context....but this is "Source 3.0" you say? And you've still yet to provide a simple phone number for your business. It screams WTF? You are one of the most recognized companies in the TF community and there isn't a simple 1-800 number avilable to reach out and inquire about real-time current inventory etc. You guys have got to be pushing a million dollars in sales annually.

So why do I sound so bitchy about this you ask? Well part of it is because up until last year you guys had the best toy video review setup for current merchandise that I've EVER seen before or since on YOUTUBE (I mean you could tell somebody was really putting some time and effort into that endeavor), and those video reviews mysteriously dropped off shortly after Botcon last summer. And so it's left me wondering, "Did Hasbro have anything to do with that or did the creative team behind those videos just bite off more than they could chew?" Adding fuel to the paranoia fire over the copyright muscle flexing performed by Hasbro in recent months...did they have something to do with that because of your third party sales even as early as last year??? I'm not a conspiracy theorist, I'm just asking?

I mean how hard is it to get a middle eastern phone answering service these days (sorry if that sounds cliche' or racsist), or better yet a digital answering machine system. I recently had a question that I couldn't ascertain an answer for regarding your inventory based solely on the info provided by your website and I went back and checked the business card I grabbed off of your sales table at Botcon 2010 and sure enough, there wasn't a phone number ANYWHERE on it and you guys had one of the most impressive set-ups there (I mean why even have a business card, seriously). I'm sorry for sounding so critical but I run an independently owned photography business that I'm sure doesn't even have to deal with HALF of the orders or sales volume of you guys, and even I have a business number for questions and quality control purposes etc... I'm just throwing this out there.

I'm sure I'll get some haters in response

LOL
Re: TFsource 4-23 SourceNews! TFsource.com 3.0 is now live! (1371979)
Posted by reluttr on April 23rd, 2012 @ 12:53am CDT
Ugh the new site layout is terrible. Its way to busy and actually adds to the problem they had before, putting their stupid "deals" and gimmicks ahead of the actual product information.

I mean just look at the madblender page.

What the hell! The product information pane is only like 2 and a half inches wide, yet the "tfsource points", "free shipping on orders over $150", "package deals", and the price gets like 5 inches!

I mean the layout has potential..but wtf. I don't want to feel like I am trying to read the nutritional information on a cereal box when shopping!
Re: TFsource 4-23 SourceNews! TFsource.com 3.0 is now live! (1372023)
Posted by NamelessOne on April 23rd, 2012 @ 7:26am CDT
Ok, free shipping can't be for international customers, fine, I get it.

I get most of my stuff from you guys currently!