The Hub launches VOD and December launch for Transformers: Prime 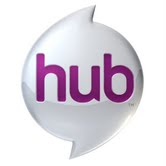 Multichannel has posted an article concerning Hasbro's Hub Video on Demand (VOD for short) service, it's shows and how to find them. We'll mirror an exert if you wish to read the full article just click here.

New kids network entry The Hub launches linearly on Oct. 10, but subscribers of nine leading cable, satellite and telco providers are getting an extended sneak peek on the distributors' video-on-demand platforms.

Encompassing eight hours of programming per month The Hub's VOD offering is located in the providers' Kids VOD section in a pair of folders, HubBub Preschool and Hub Kids & Family. The programming, according to officials at the joint venture network service owned by Discovery Communications and Hasbro, will be refreshed 25% each week, resulting in a complete turnover over the course of the month.

Relative to October/November refreshes, The Hub will offer two episodes of The Adventures of Chuck & Friends, Atomic Betty and My Little Pony, as well as one of Pound Puppies. In December, this fresh fare will follow: G.I. Joe Renegades, R.L. Stine's The Haunting Hour: The Series and multiple installments of Transformers Prime.

On Sunday Oct. 10, The Hub will provide viewers with a sneak peek of its lineup, before settling into its regular schedule the following day.