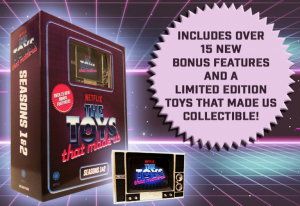 While it seems Season 3 of The Toys that Made Us may still be a bit off in the distance, we will be getting a Blu-ray release of all 8 episodes (S1 &2) in just a couple of weeks. It will be released on October first and some of the bonus content appears to be Transformers focused, as you can see below. You can preorder on Amazon.com. The Blu Ray is $26.99 USD and comes with a limited collectible in the form of the logo. We thank fellow Seibertronian O.Supreme for letting us know of this. 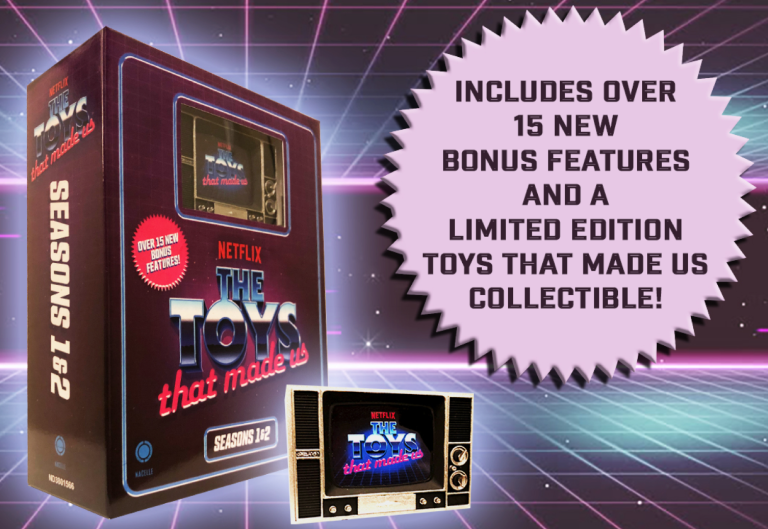 The Power Ranger one turned out to be my favorite of the new season, despite my personal dislike of the franchise, they focused way more than I thought they would on the Japanese origins of the series, and paid respect to what came before, also Haim Saban was great in the episode. TMNT was probably my 2nd favorite, then Wrestling (which was a bit boring if I'm being honest, despite seeing all the colorful 80's characters again), and lastly, naturally MLP, because it of course was never my thing, but my daughter loved it.

I am curious to know how fans feel about the Hasbro acquisition of PR. I mean I love Transformers, as the brand has always been with Hasbro/Takara, but, even as a non-fan of PR I can't imagine PR toys being distributed by anyone other than Bandai. They tried once to deviate from the Japanese toys, and that seemingly was a disaster. When you import the toys directly (and just place them in american packaging), things seem to go well.

Ironhidensh wrote:I would ruin 3 pairs of pants if they would do a M.A.S.K. episode.

I hear that man! I loved M.A.S.K.! Always wanted the Rhino Rig but adored my Firefly. That was just a perfect little toy.
Re: The Toys That Made Us Coming to Blu Ray with Bonus Transformers Material (2045099)
Posted by o.supreme on November 20th, 2019 @ 5:15pm CST
MASK is awesome, no doubt, but other than a return in comic form, it hasn't really returned in toy form (unless you count that Matt Tracker GI Joe from a few years ago, a truly missed opportunity, I agree)

I was thinking a combined MASK/Jayce & The Wheeled Warriors/COPS episode might be cool, since they were all DiC animated series that had successful toys from around 85-87, but the toys might have been under different manufacturers...so I don't know how that would work.
Re: The Toys That Made Us Coming to Blu Ray with Bonus Transformers Material (2045414)
Posted by william-james88 on November 25th, 2019 @ 10:10pm CST

Well it's been a little over a year since anything has been posted here, shortly after Season 3 arrived on Netflix.

However... Over on Amazon Prime a new series entitled "Coming to a Toy Store Near You" has been produced by the same team. Initially I believe it was designed to showcase vintage toy stores from across the United States (and Canada), however with the Pandemic, this aspect weaves it's way into the show in order to highlight how these small businesses are able to survive despite restrictions, and the joy they bring to each community they are in. During the spring/summer one episode dropped every few weeks. However there was a dry spell for a while. Five new episodes however (Bringing the Total to 10) were all released last friday 12/25. I find this series especially enjoyable. Transformers among Many other brands are prominently featured. I encourage everyone who is a fan of The Toys that made us to check it out.
Re: The Toys That Made Us Coming to Blu Ray with Bonus Transformers Material (2091189)
Posted by Rodimus Prime on January 1st, 2021 @ 2:59am CST
Sounds interesting. I'll give it a shot for sure, the Netflix series was pretty good.