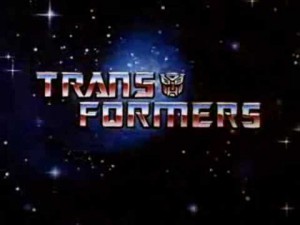 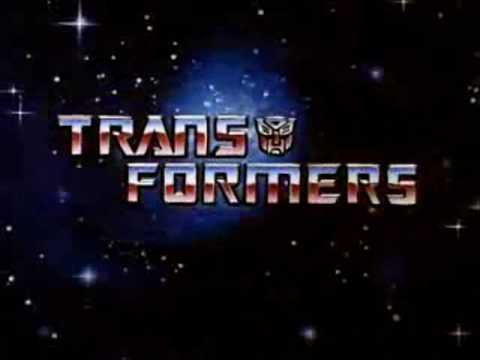 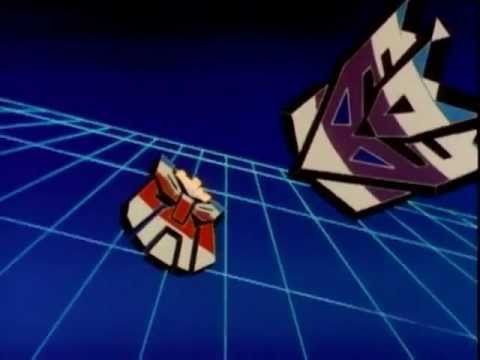 It was the voice of Peter Cullen that breathed more life into the character of Optimus Prime than any depiction in the comic books or other media. So too for Frank Welker's sinister gravelly depiction of the emperor of destruction himself, the original Megatron. Welker also provided one of the most recognizable voices in all of Transformers history providing the dialogue for the monotone master of sonics Soundwave. Peter Cullen also pulled the iconic Southern drawl of Ironhide out of his voice actor's tool box making it a staple of the character. The legendary Chris Latta who lent his utterly unique shrill scream not just to Cobra Commander, but the Decepticon lord of the skies Starscream. He also voiced Wheeljack and even Sparkplug, but it was his voice that drove home Starscream's slippery character more than any line of dialogue written for him, and that essence has carried on throughout all of Starscream's incarnations. 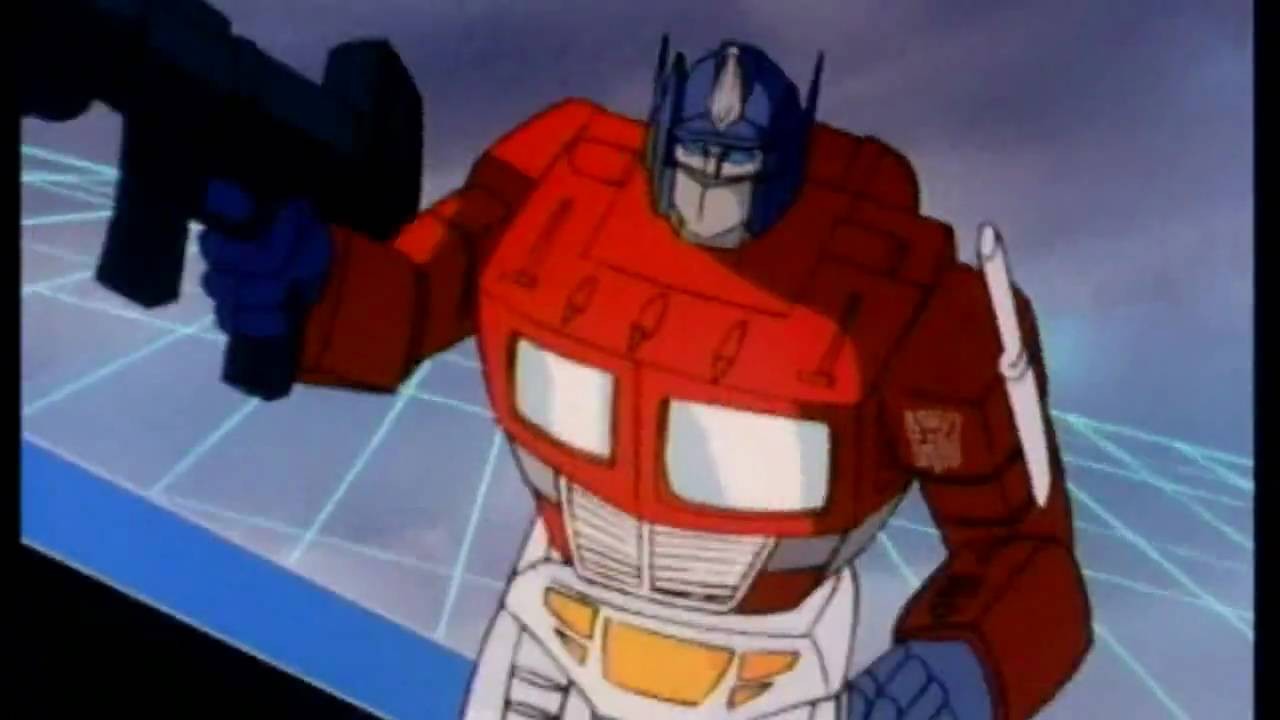 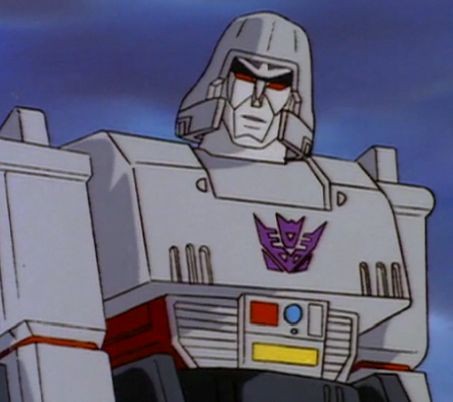 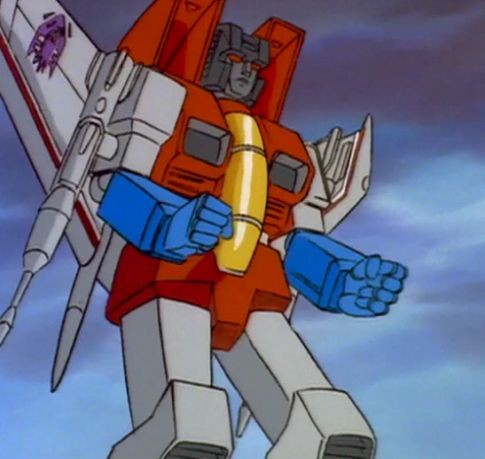 These voices very much made the characters, and have resonated through all the generations to the point where the fan cry out for Welker and Cullen to be in the live action movies was so great even the steely Michael Bay crumbled and cast them. Maybe not initially for Megatron but hey, nobody's perfect. Even when we read these characters, it is often we hear these voices, or other actors emulating these originals, in our heads. 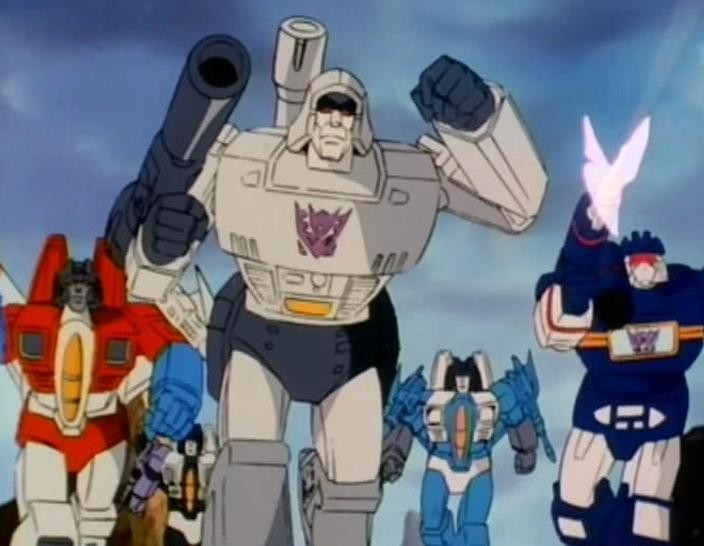 It was through the original cartoon that life was also breathed into the toy line. Although the comics were always there, and of course the fan bible the original tech specs would be rubber banded together and safely kept in a drawer for hardcore fans to reference, the original cartoon depicted the characters in motion and action, able to interact and battle their foes in ways that the toys made more challenging with their highly limited articulation. 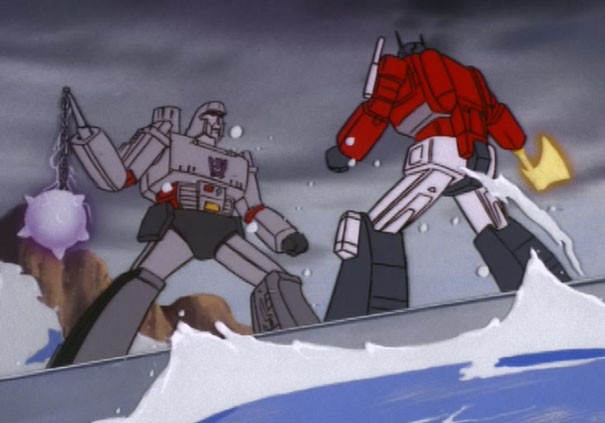 35 long, and yet so very short years have passed since the original cartoon aired. It spawned multiple other cartoon series, to where we now all expect and wonder as fans when and what the next Transformers cartoon will be, will it have Peter Cullen and Frank Welker, who will they include, who will voice whom, and so on. Cartoons and comic books and Transformers have always been the undefeatable unavoidable undeniable trifecta of fun for fans of these noble and nefarious robots in disguise. And as Transformers Cyberverse enters its second season, and with a new Transformers War for Cybertron Siege series on the way, it seems the animated future of the Transformers is looking brighter than ever. 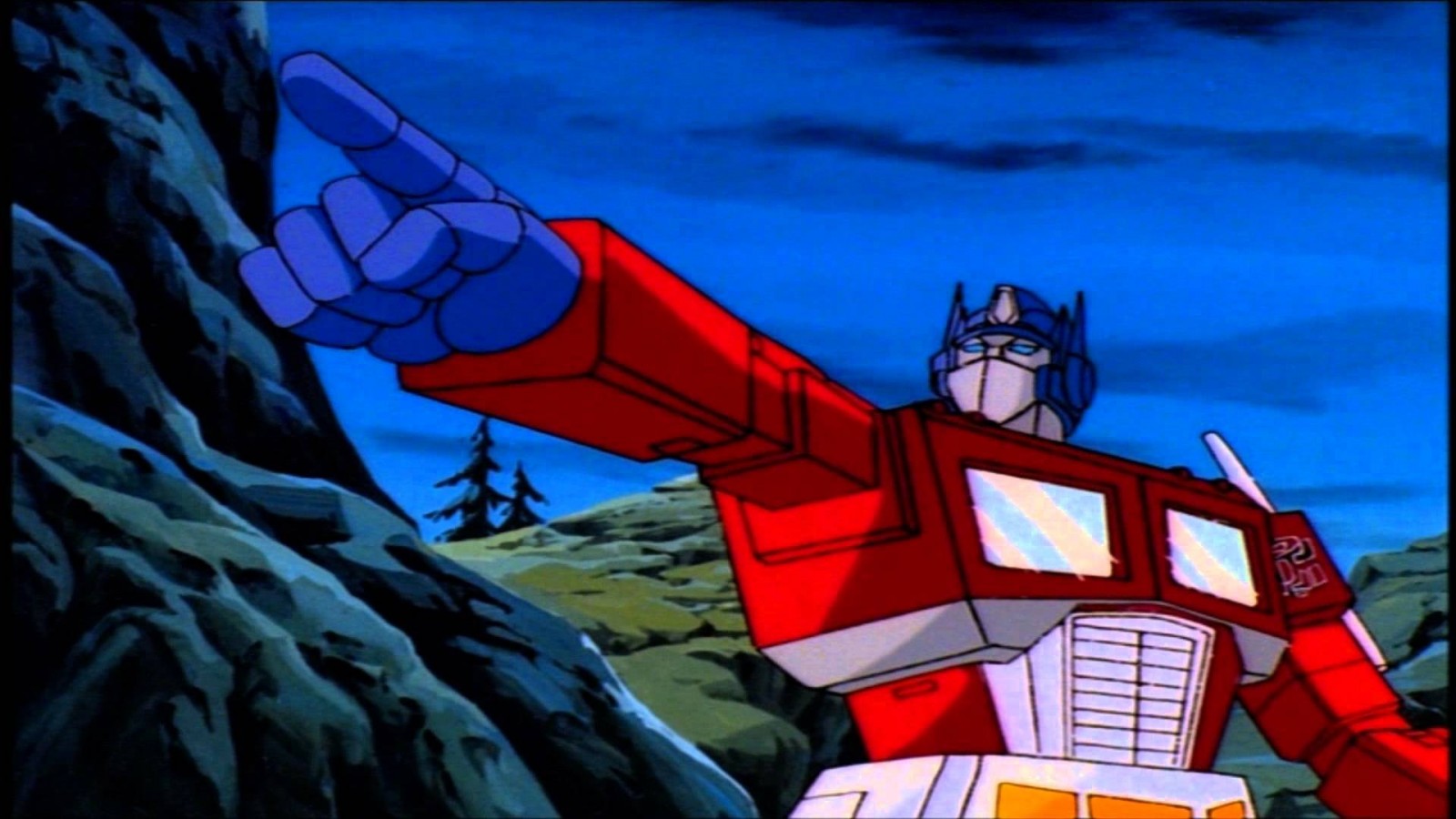 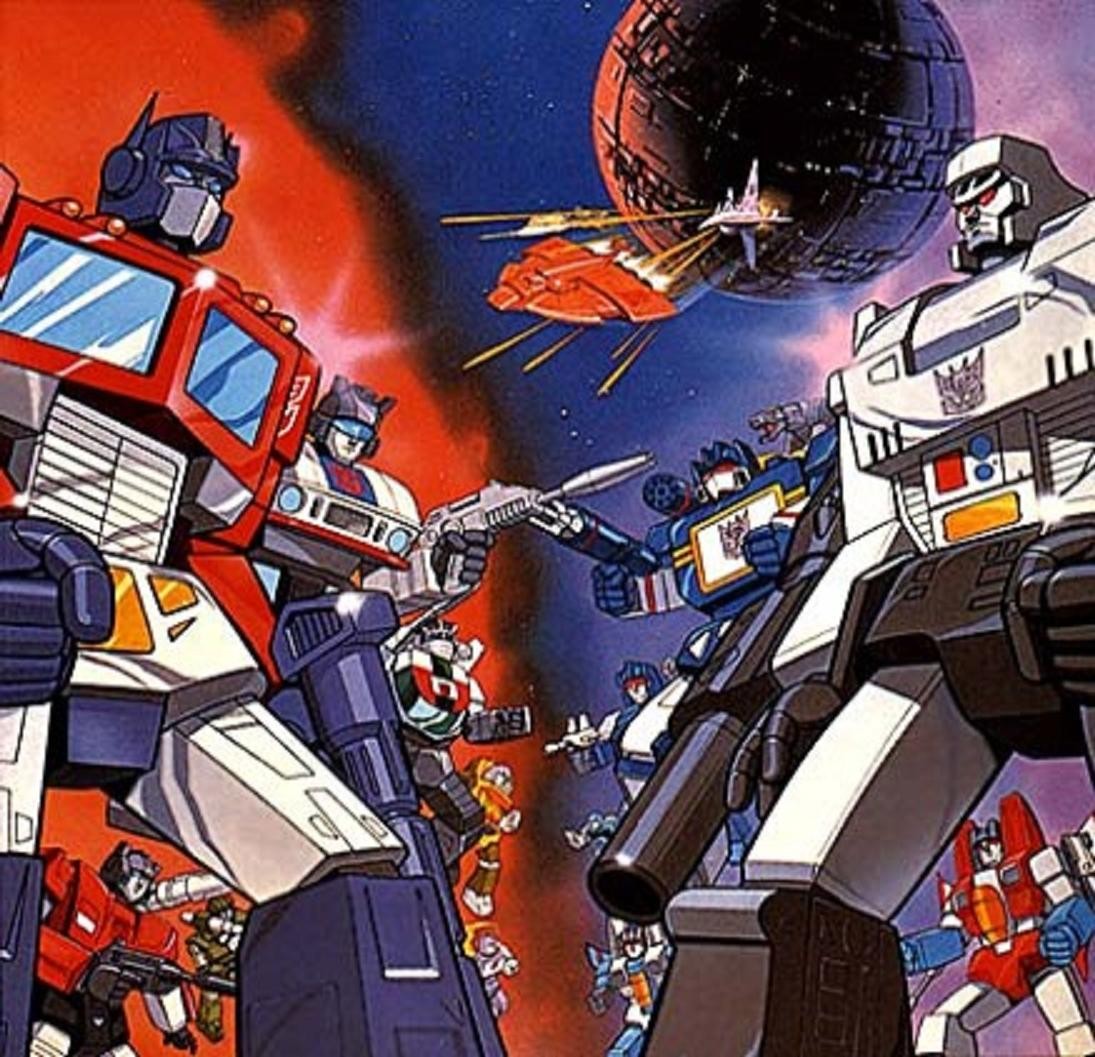 Decepticon Stryker wrote:Y'know what I'd like to see? The first three episodes redone by various animators. A Reanimated collab. would be very interesting to see.

That totally reminds me of the Animatrix. I'd love to see the first three episodes done that way or like a whole season of spotlights done by different animators. Give me both ok just give me both now I need both those things.
Re: The Transformers Original G1 Cartoon Turns 35 (2038759)
Posted by Bumblevivisector on September 18th, 2019 @ 2:52am CDT
First ep I ever saw was KREMZEEK! followed by Hoist Goes Hollywood, 2 of the series' funniest offerings. Yet prior to finding its time slot, I was already familiar with the animation and voices from the actual toy commercials. And wasn't the very first one advertising the Marvel comics? While the cartoon indeed made the biggest lasting impression, what made Transformers special among '80s toy franchises was being the first properly-timed triple-threat; MotU and G.I.Joe having had to wait over a year for their 'toons.

The cartoon was the most accessible, yet most elusive of the three. I could hold onto the toys and comics, but not having cable or enough tapes to record every single ep, I couldn't access much beyond season 1 for two decades. That's why it faded in importance for me during that stretch, Furman's U.S. run being a far more potent promise that TF might stand the test of time and regain its former glory if it could just keep adapting. But with no internet back then, for all I knew there'd been a full season 4, and maybe even some equivalent of the DIC seasons of Joe that my local stations just weren't airing. Even the G2 CSC-repackaging didn't clear this up, but did allow me to see a handful of especially lousy eps from early-to-mid S2 that I'd been fortunate to miss in my childhood. But that's also how I first saw Ghost in the Machine as well, reminding me that I always did prefer the post-Movie eps, which made it that much more awesome when I went to TransCon 2 in '97 and learned that Japan had indeed continued their version of the 'toon further and further into the future like TF always deserved, an international torch-pass that I don't believe any other '80s cartoon achieved.

I think I've watched the whole series twice, and appreciate it more and more now that I've seen Sunbow Joe, Inhumanoids, and Jem all the way through and understand just what an awesome universe the show's creators fleshed out. This summer, I learned that my trio of 3rd cousins in far-off Illinois are somehow really interested in Transformers despite not having cable or internet, having only seen the Bumblebee movie, and apparently only handled my PotP Battletrap and the Crash Combiner I gave the boy this year. Kind of like the knowledge of TF I had prior to seeing the 'toon, though the movies have made it more omnipresent today. So next year, I think I'll just leave my Shout! Matrix box at my Aunt's so they can see it all too. Though not permanently, of course.

I'll get 'em into the comics once the youngest can read.

Congratulations to the greatest cartoon of all time! I was 8 years old when it debuted and saw the 1986 movie in the theater last year.

I remember paying a ton of money for the whole series on vhs(bootleg of course)before they went on to dvd a couple years later.

Dominus Prime wrote:I agree with you on that one. Definitely one of my faves and best animation of any if the episodes. They had to have paid extra for that one

I'll third that, not only for the animation, but the story which injected a little more mystery into the mythos, implying that the Quintessons weren't the entire origin. Some Matrices are best left mysteries.

But as to who they paid extra, has any official word ever cleared up which studio it was? I've read theories ranging from Studio Ox to TV Tokyo, but lately I've wondered if it was Pacific Animation Corp. or some entity connected to them. My reasoning being that in all the close-ups of Primacron's hands operating his console, they look like tweaked models from Thundercats: based on Monkian's hands wearing Jaga's gauntlets if I had to guess.

But perhaps that shall also be an eternal mystery, enhancing the legend.
Re: The Transformers Original G1 Cartoon Turns 35 (2038950)
Posted by Sebstreak on September 19th, 2019 @ 8:34pm CDT
I’m wondering if Hasbro is considering remaking a few G1 style episodes of 22 min; with the classic 80s style drawing and music. That would be by far the best for thé fan base on my view. Anyone agree ?
Re: The Transformers Original G1 Cartoon Turns 35 (2039043)
Posted by o.supreme on September 20th, 2019 @ 5:24pm CDT
There is a Siege Animated series in the works coming to Netflix next year (2020). However the chances of doing a new series in the vein of the original are highly unlikely. I've screamed it form the rooftops for years. There's a couple of Youtubers who have cobbled together old footage form both US and Japanese episodes that made *better* content that what Machinima offered with the prime wars Trilogy.

I'd love nothing better for Hasbro to work together again with Toei and get as close to as possible a look form the 1984-87 show (I know 100% is not possible now with all animation being rendered digitally but...), get as many of the still living actors together (with respectable replacements for others), and do a miniseries, or movie that either fills in the gaps between 1985-2005, or continues the story after *The Rebirth*. It's been my dream for a long time, and for many original series enthusiasts. But sadly doubtful.

So instead, I thought I'd use this thread to springboard some related questions:

1. What if The Movie was 100% accepted by the fandom?
No whining, no complaints about so and so death[s]. What if everyone had fully embraced Hasbro's slate clearing gamble and the subsequent seasons far better received than those before? What would Transformers have looked like??

2. What was the point of Blurr?
Other than "the voice", what was his purpose among the post-Movie generation?
Click here to view additional comments about this topic at the Energon Pub Forums ...