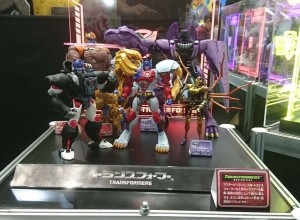 For our Japanese friends, we are sad to report that the Tokyo Toy Show & Wonder Festival (Summer) 2020 conventions have been officially cancelled. These were both events that Takara attended and this is usually where we saw new announcements for upcoming Masterpice toys, other Japanese exclusives, and even just better glimpses at toys Hasbro would be releasing as well.

This is of course, not surprising as big indoor gatherings of this kind will probably be the last thing to be brought back once the global situation with the virus gets better.

It was announced that there will be a Wonder Festival on November 1st this year instead.