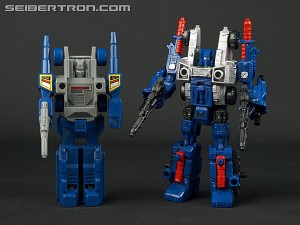 Every two weeks, Seibertron.com brings you a Top 5 list related to all things Transformers written by me, your fellow editor. These are my opinions (just like movie or game reviews hosted by sites are still just the opinion of one person) so what matters most is what you guys think of the topic or list, and I hope to see your own lists or comments on omissions and ranking. Let's have fun! All previous lists can be found here

Partsforming has been present since the beginning of Transformers in one way or another. It is the principle where part (or all) of the transformation is done by detaching/attaching/reattaching pieces rather than simply folding or rotating pieces to get from one mode to the next. We are not talking about armour pieces or accessories here. While most people understand what that entails, partsformers have never been fully defined so it gives me the luxury of playing it fast and loose with the notion. It is not often a well liked aspect of transforming since it may feel cheap and not as ingenious but since it has been around for so long, to various degrees, I wanted to look back on five fun toys that truly use partsforming inorder to get to the bot mode. Let's get to it!

While it is possible to transform the G1 seeker mold with removing and adding only a few parts, the most direct way to transform him is taking the plane parts off, transforming the body and then reattaching the parts back. The Landing gear is only used in jet mode and must be removed for robot mode while it’s the reverse for his fists. The fact that he has so many parts that come means that a wingless plain is what is most commonly found on the secondary market, yard sales, and thrift shops. 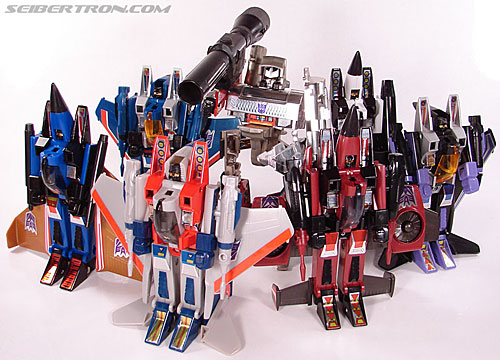 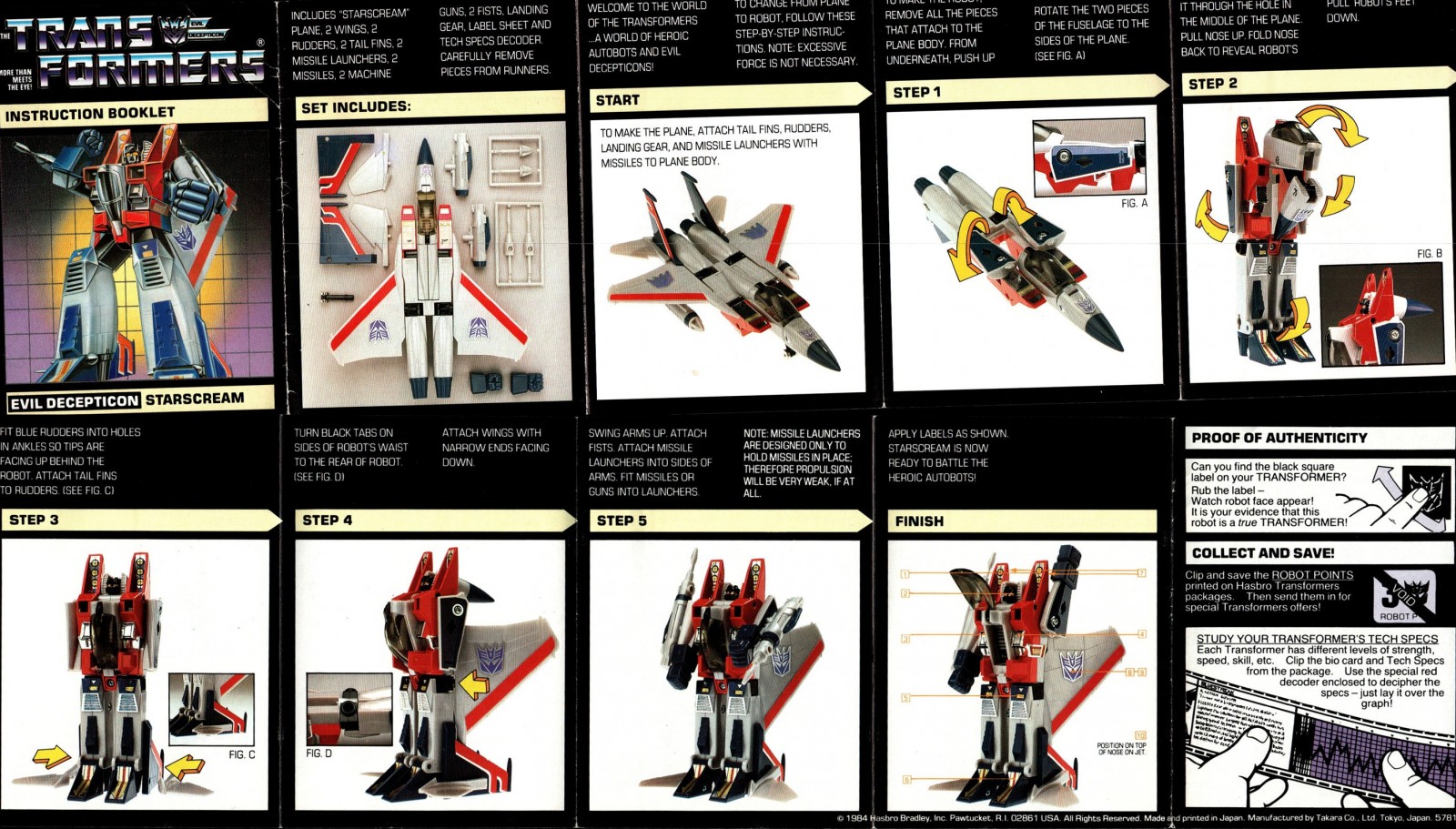 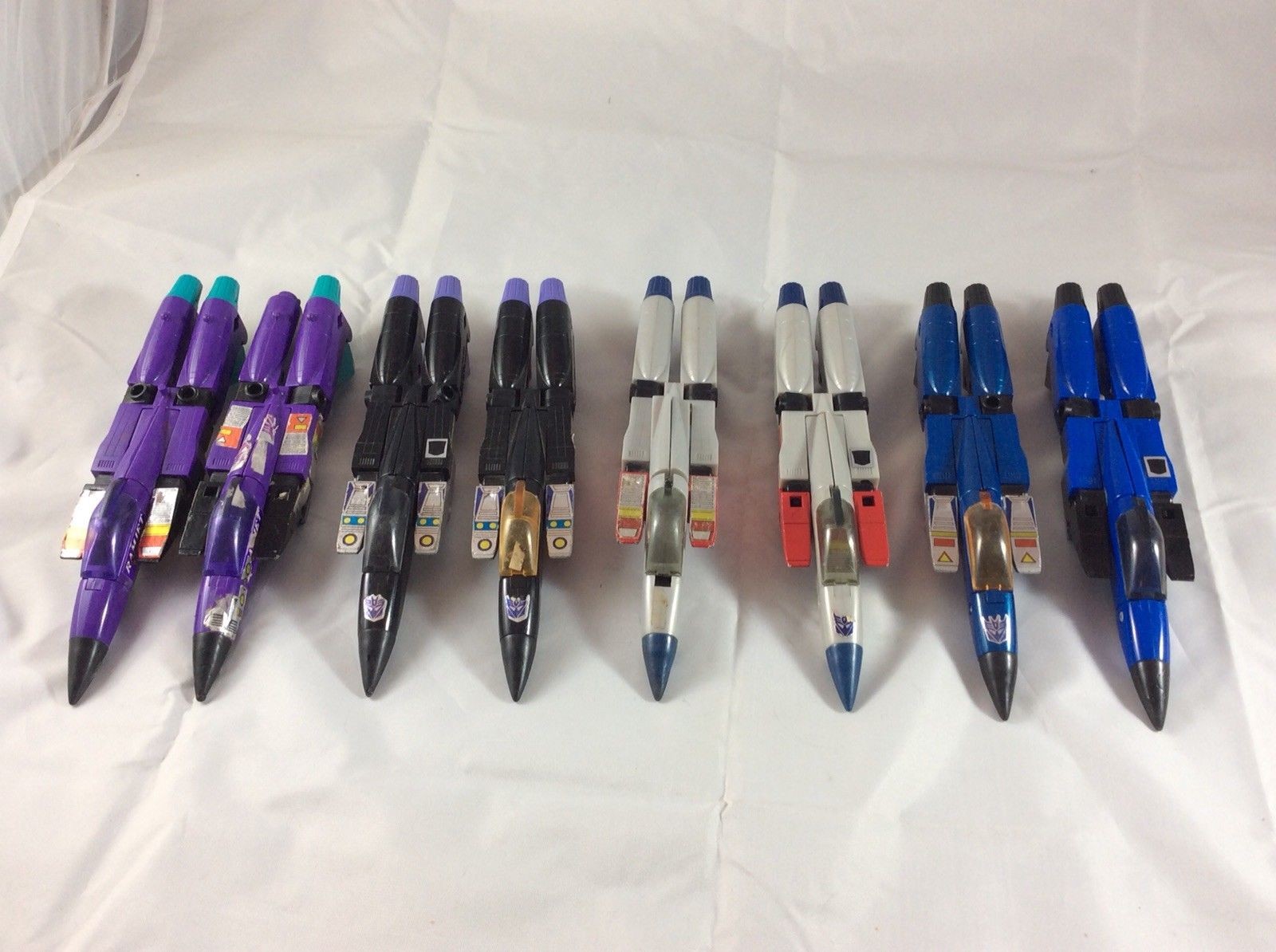 G1 Godbomber is one of the kings of partsforming (but not THE king, that goes to the bot in the number 1 spot). There is a logic to it of course, he isn’t just a partsformer for the hell of it. He is essentially an add on to Power Master Optimus Prime (Ginrai) in both modes. He becomes an extra trailer behind the main trailer in alt mode and that trailer’s parts completely detach to be placed back onto the robot to give him his ultra super mode (God Ginrai). You would think that is enough, it is for most trailers (like POTP Rodimus Prime’s and RID Optimus Prime’s) but no those pieces also form an extra independent robot mode, which is Godbomber. And this ingenuity in reattaching parts to create three different things (robot, trailer, armour) is why this is one hell of a partsformer. 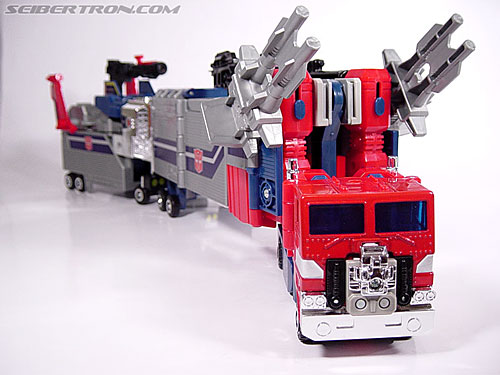 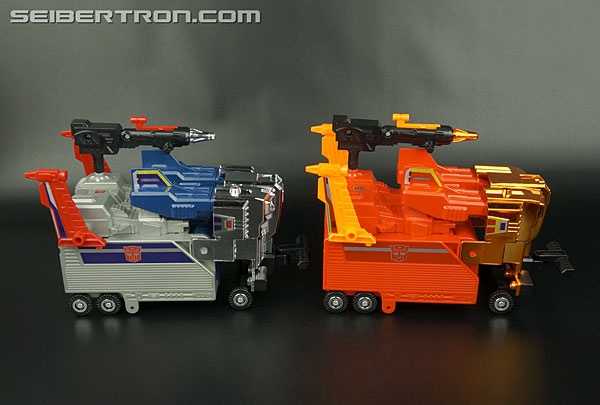 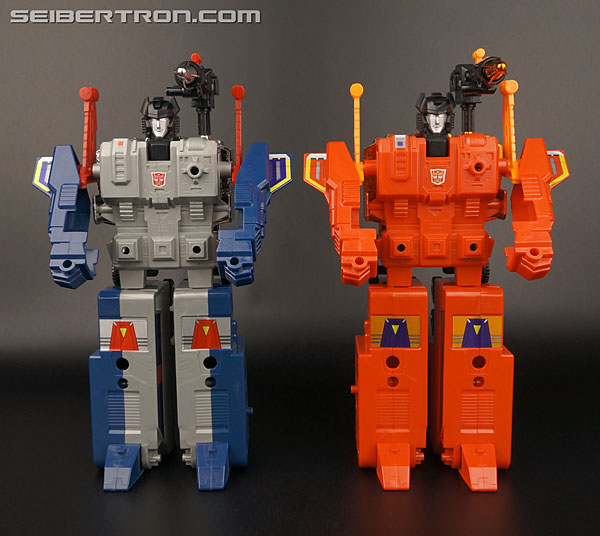 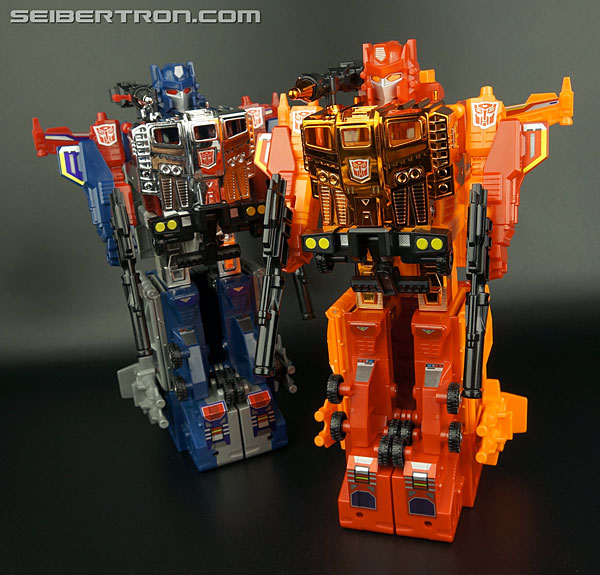 G1 Cog was not the greatest of partsformers. There was not much going on for that bot with some a minimal transformation that resulted in a lackluster bot mode. But man, what an update he got. In Siege, Cog got all the articulation he could have ever dreamt of in robot mode, as much as any other deluxe class figure. But, unlike those figures, he could still detach himself to resemble the G1 vehicle modes. But Hasbro didn’t stop there, oh no. They made him fully detacheable so that his body could turn into shields, cannons and guns for both offensive and defensive configurations on other robots. He is the first of a new type of toy called a Weaponiser which is essentially the long awaited answer to fans wanting weapon packs. So now we have weapons packs, disguised as deluxe robots, which is simply awesome. I mean look at what someone was able to do with a few Cogs, they gave Optimus a trailer! 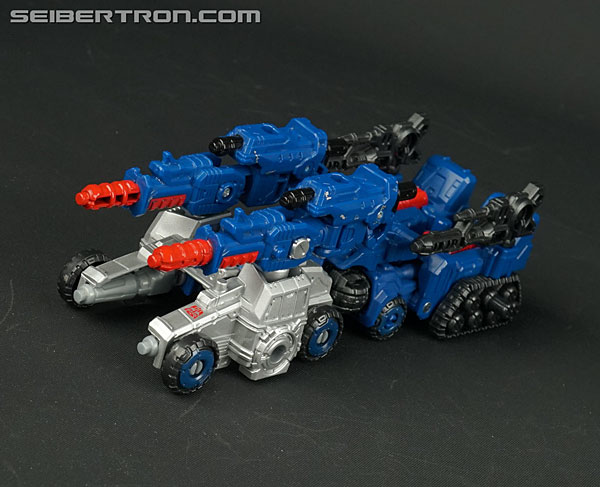 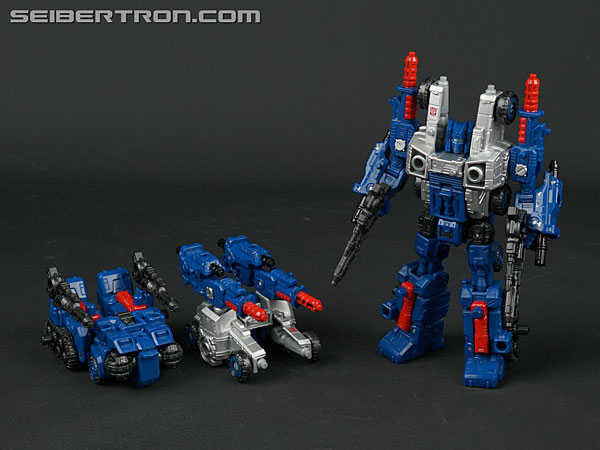 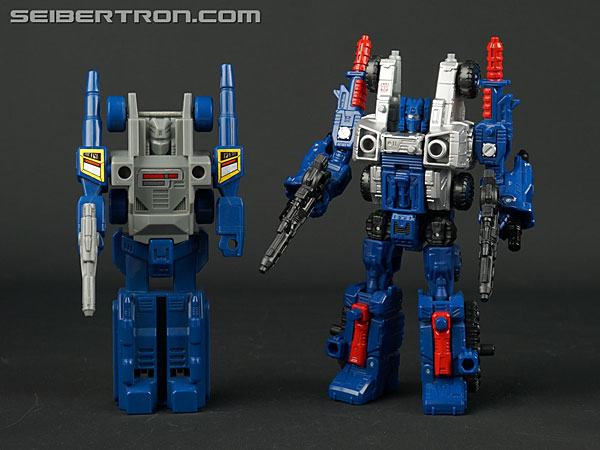 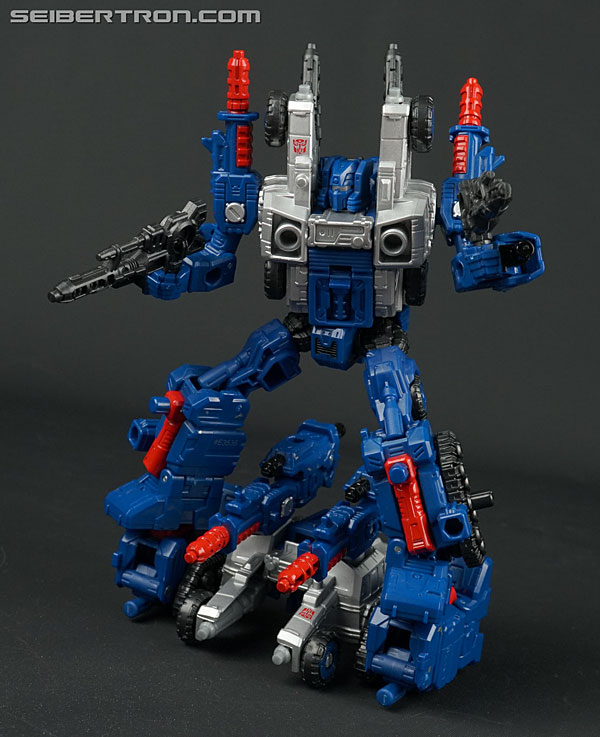 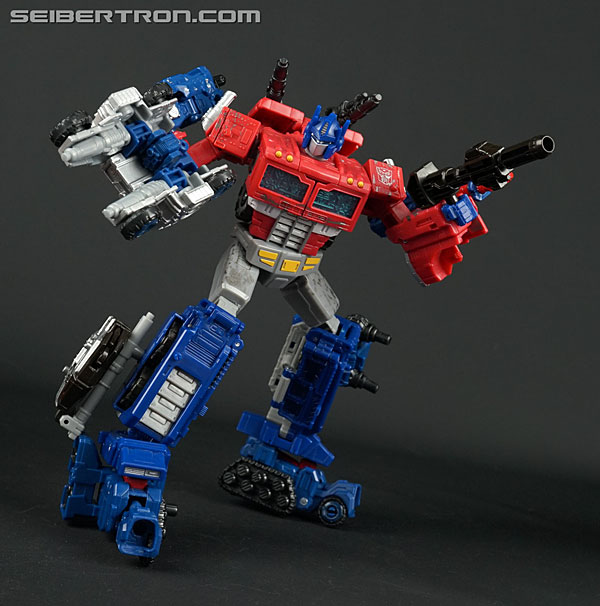 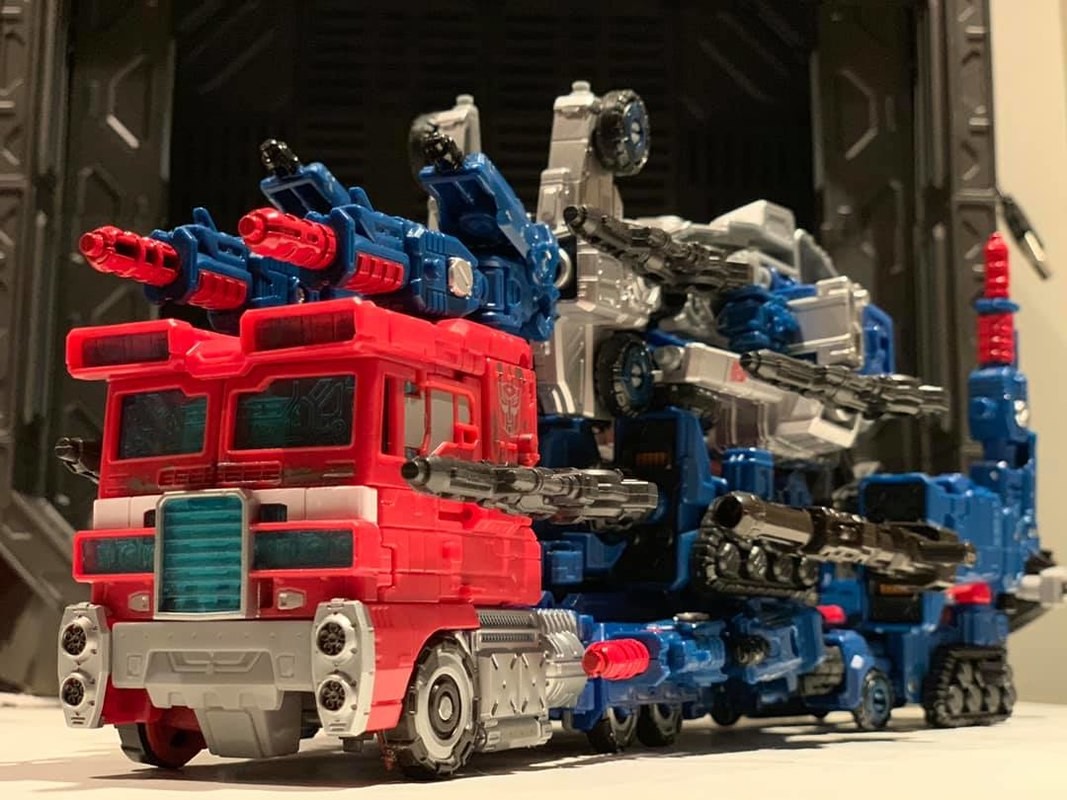 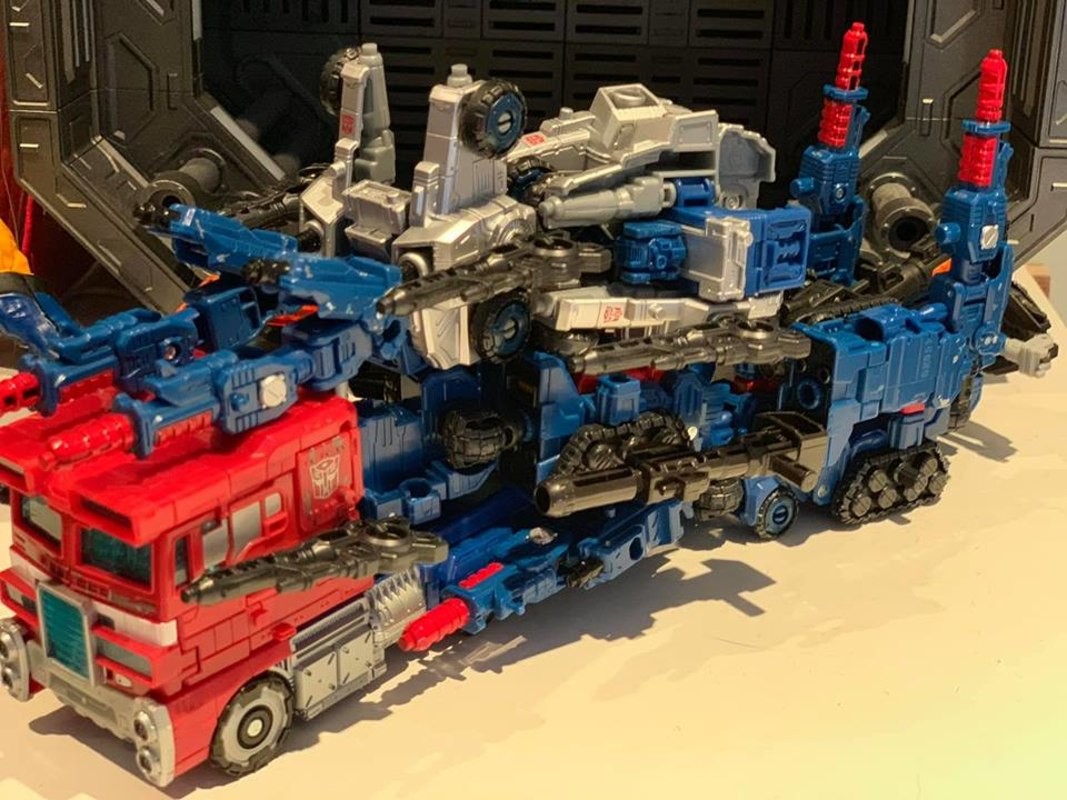 This toy isn’t talked about much in relation to him being a partsformer, but that’s what he is and he’s a damn good one at that. Transforming him from his space Winnebago alt mode into Rodimus prime requires that you detach the arms from the trailer and convert both the trailer and the car component and then reattach it all together. The result is an imposing one. He is very solid for a partsformer and a good example of that technique done right. Sure, he could do with better articulation for his arms but I think that’s a small sacrifice for all that he accomplishes. 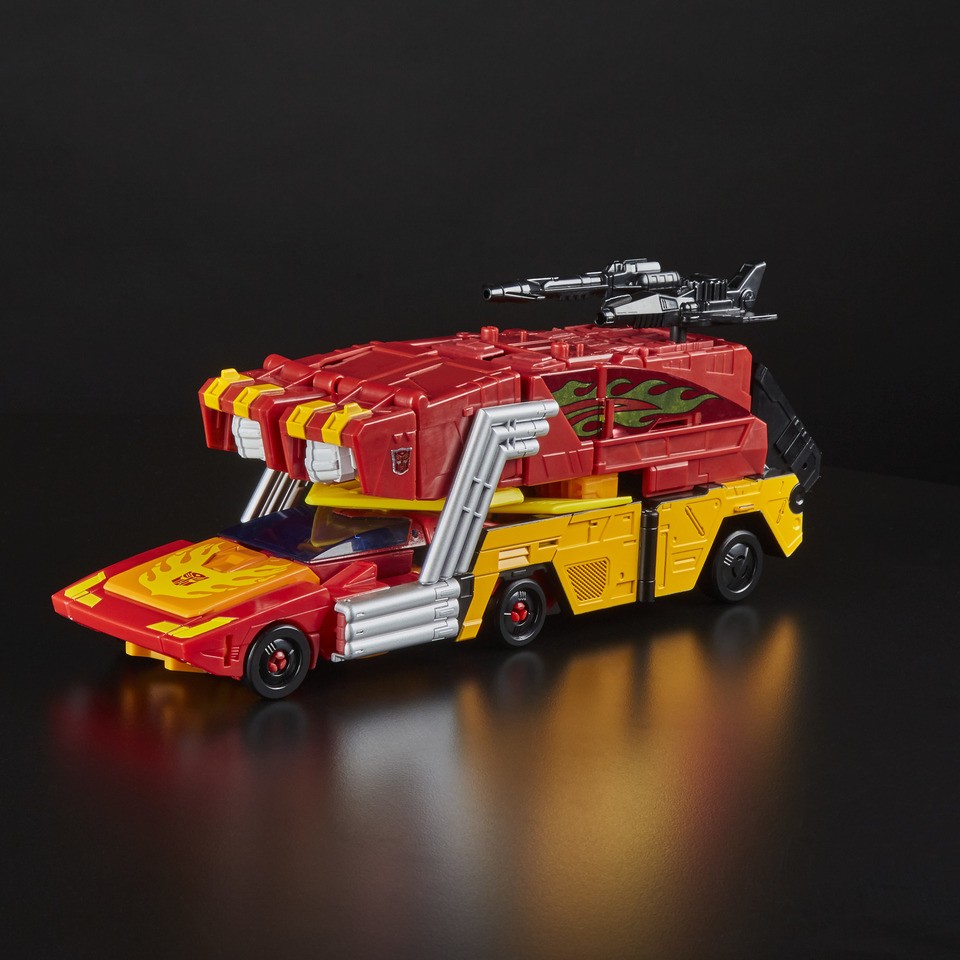 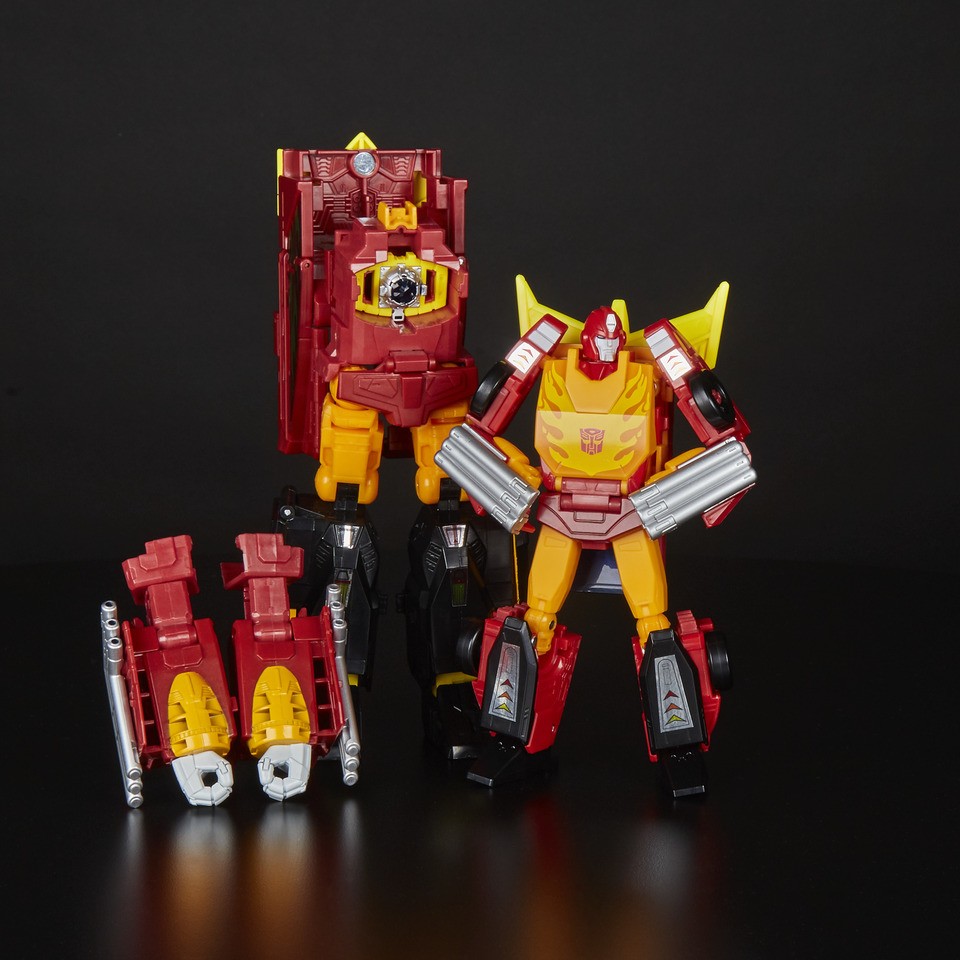 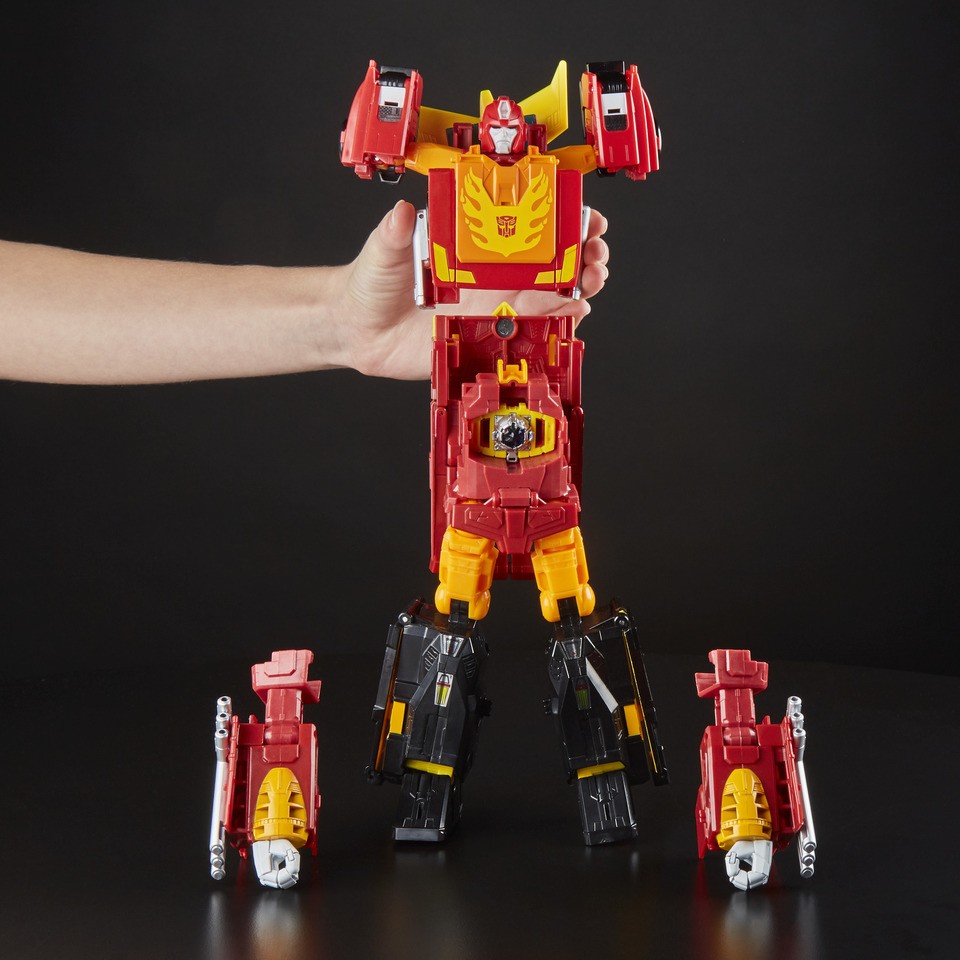 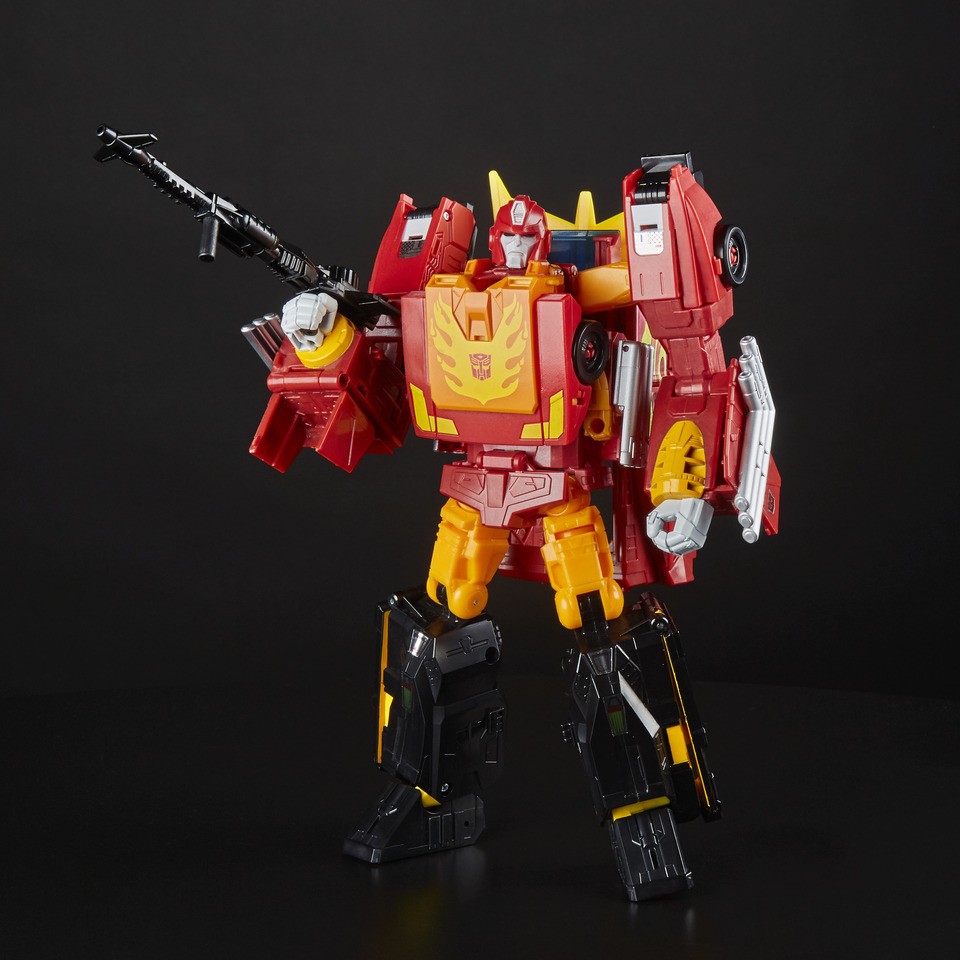 When I think of partsformers, this is the toy I think of and I doubt I am the only one. Unlike every other toy on this list, this was not designed by Takara and was intended for a totally different kind of toyline, hence why the transformation is so different from everything else. What impresses me so much though is that it works. This is the toy that makes you see the value of partsforming and its possibilities for fun gameplay. You essentially get a traintrack (with a tank that goes along it) which turns into a giant walking robot. That sounds like the ultimate toy, and it was to many kids growing up in the 80s. Knowing how well partsforming can work, I welcome the idea that the update we are getting this year will be similar. 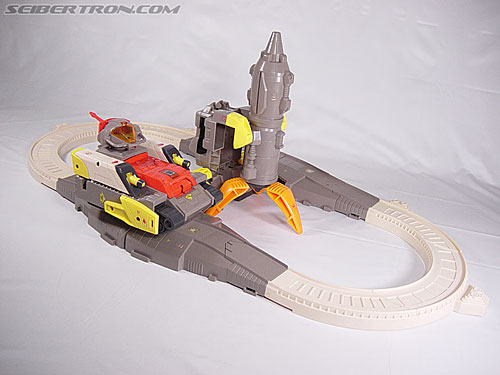 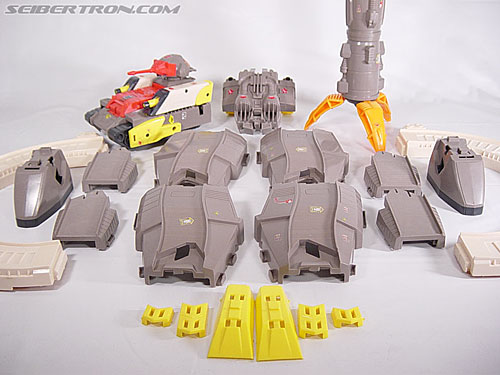 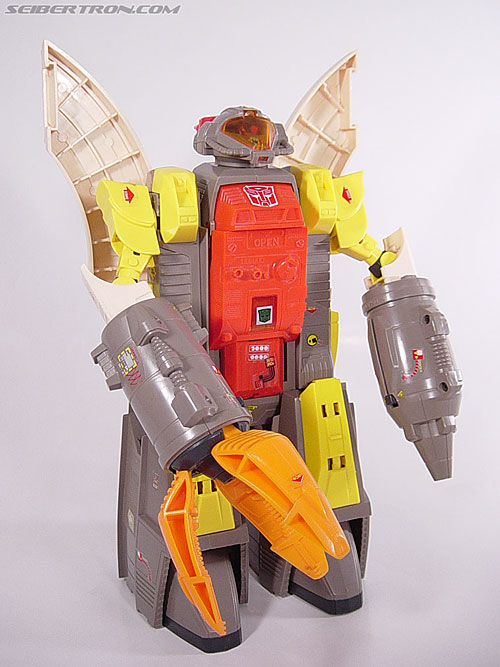 This is mainly due to the gimmick. This smaller version of Bruticus can transform from a full robot into an Cybertronian Osprey-type vehicle and the rotors spin in vehicle mode. A big part of that transformation is removing the rotors from the robot shoulders and placing them on his fists in vehicle mode. His giant sword becomes vehicle wings and also require attaching and detaching so his vehicle mode is made relevant due to the partsforming. 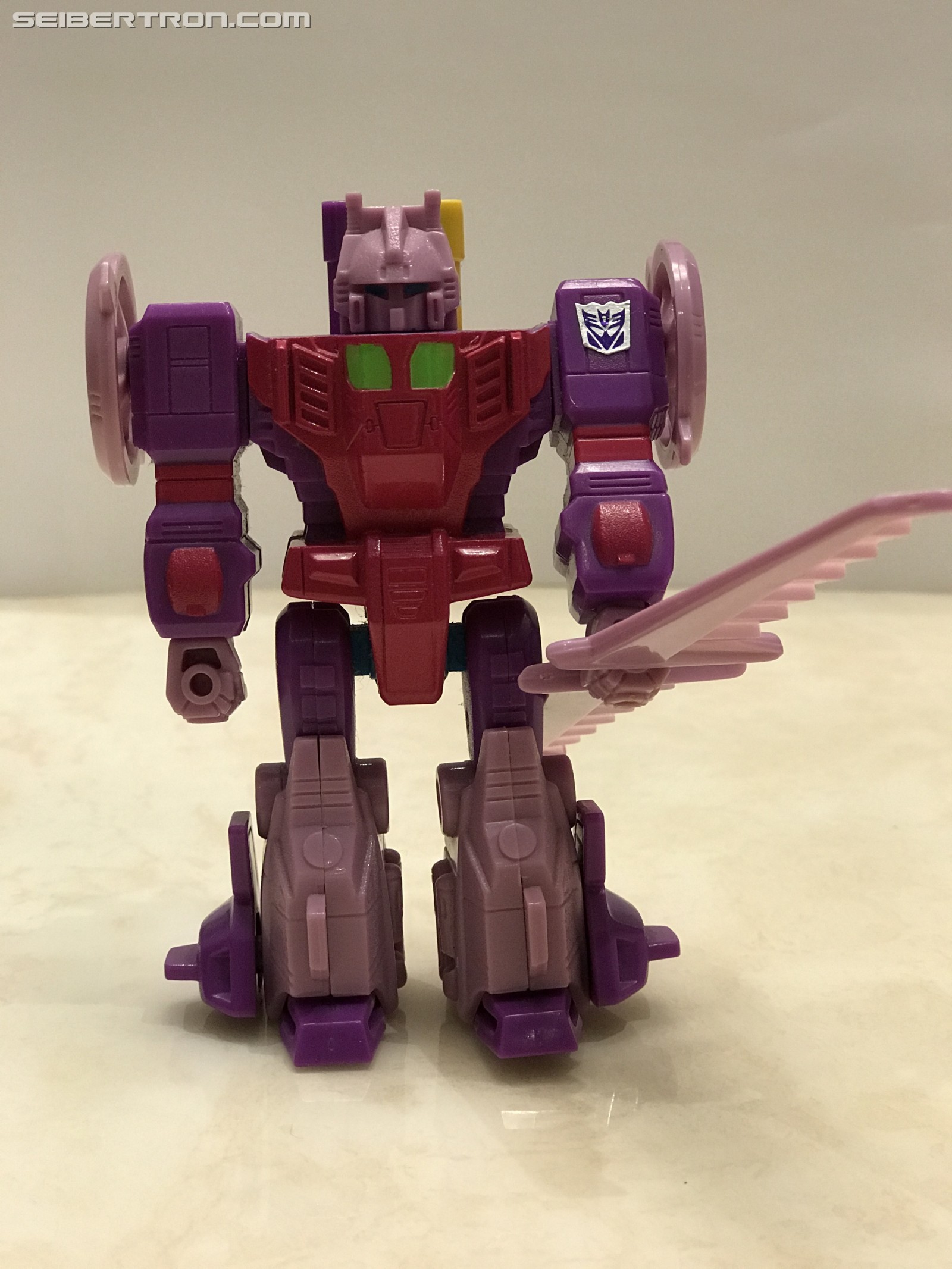 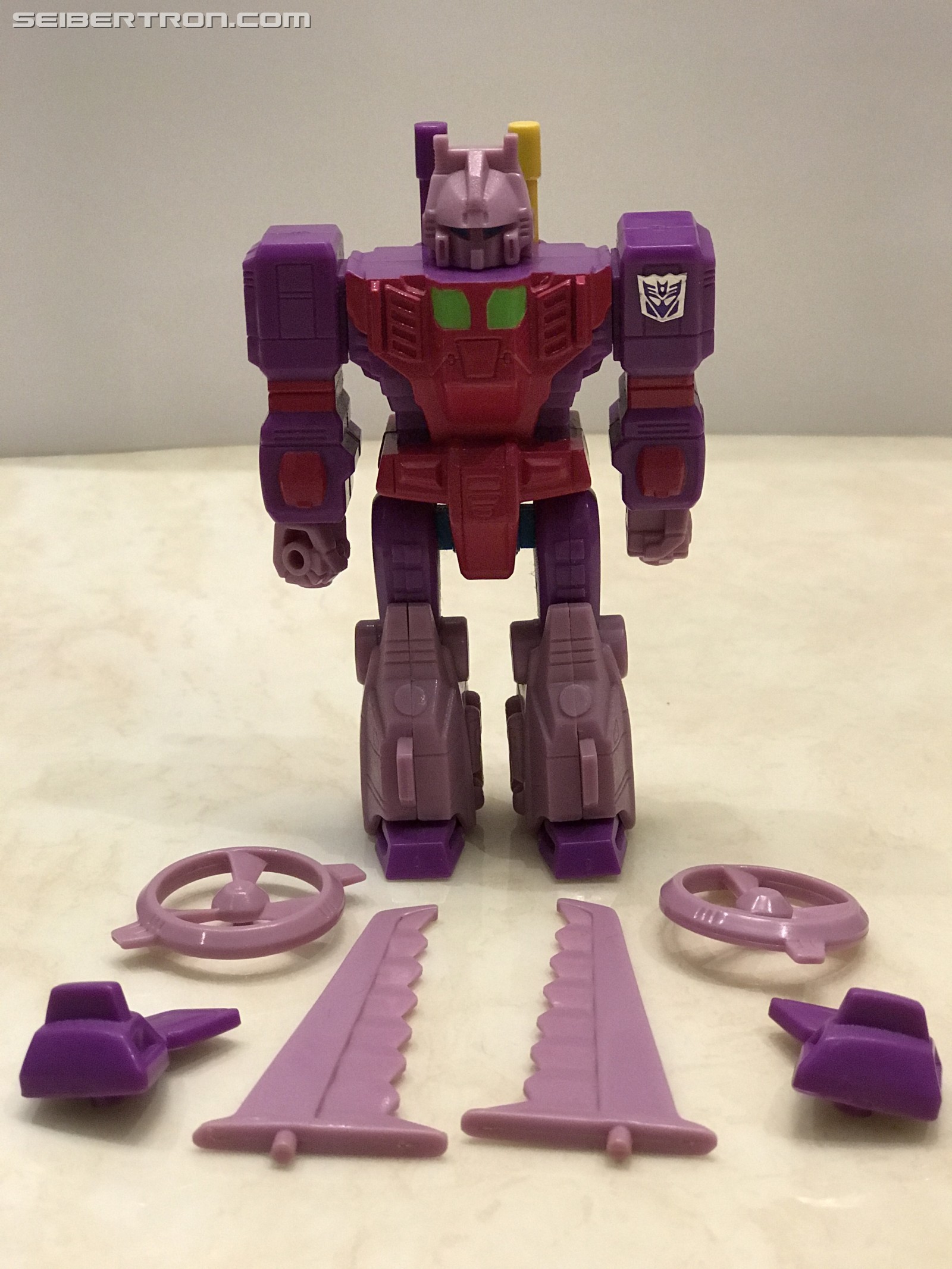 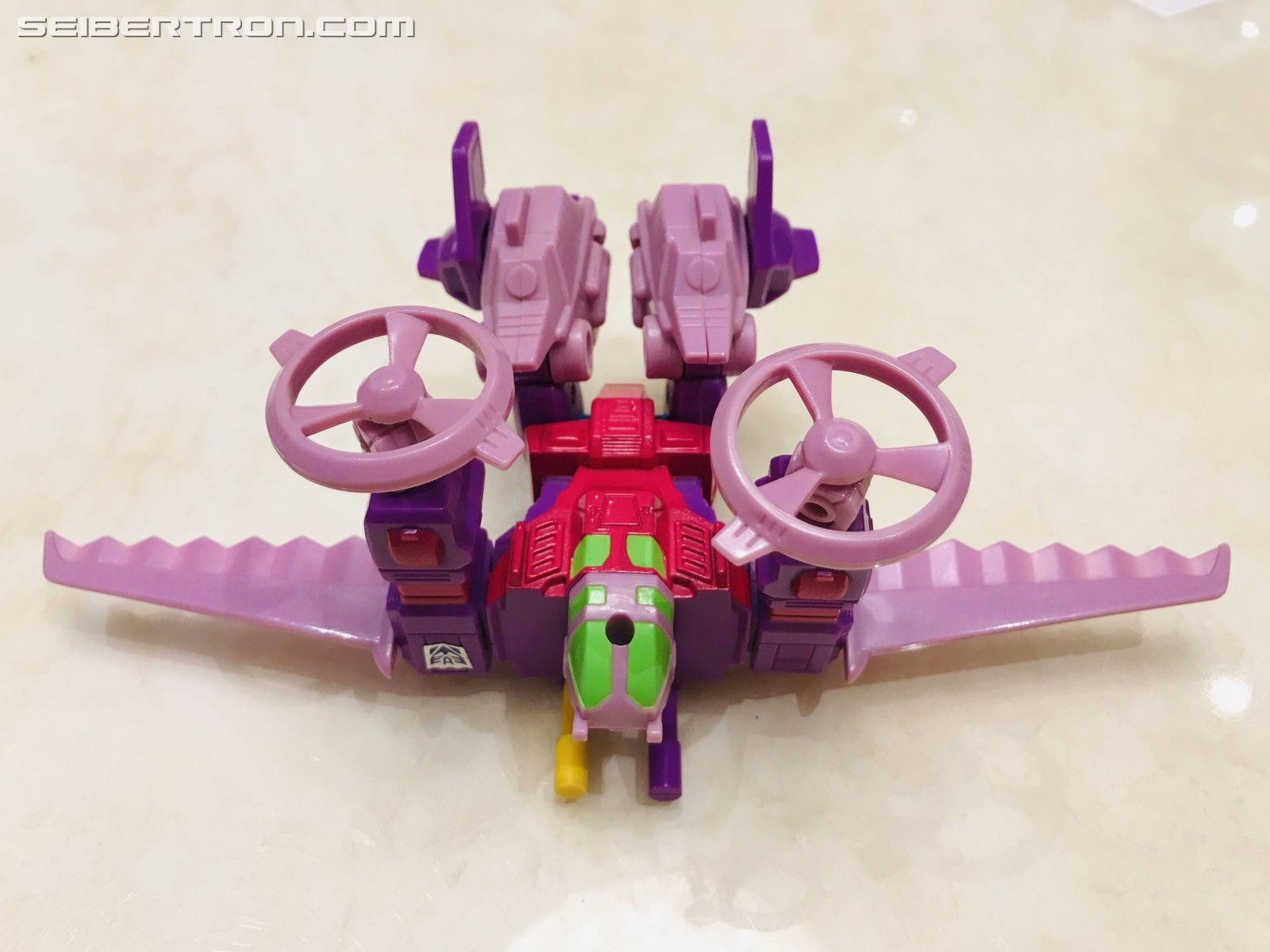 . Omega is not only my favorite character in TF fiction, but one of my favorite TF toys overall.

There was just something that 9 year old *me* saw in the 1985 catalogue pic below that told me, this was a world I wanted to be a part of, and I knew who the strongest of all was

Black Hat wrote:I'd be tempted to swap Hot Rod/Rodimus for RID2001 Optimus Prime, but that aside a solid list.

Vic Zanzibar wrote:The weird lemony Optimus version of RID Omega Prime tops the list for me I think. Definitely one of the quirkier figures I own.

I was really adamant about providing real partsformers for this list, as opposed to armoured versions or super modes. We already have lists for those so I wanted this to be truly unique where it really was about dismantling an alt mode and reconstructing it to be the actual figure, which is the case for all of these.

Sebfolgero wrote:Man, when I saw power master Optimus I fully expected Cybertron Optimus Prime to be on that list, but that may also be my nostalgia expecting him to be on any top _ transformers list.

blackeyedprime wrote:Omega had to be no.1, I'd have had G1 Ultramagnus in there over the orig seekers with him being able to store his parts. G1 Sixgun was basically an accessory but he would get a mention too.

Ultra Magnus also had "hidden modes" left over from his Diaclone days. Omega being number one is awesome. I can't wait for the Siege figure. It looks like it will be amazing and dare I hope for some enterprising company to bring an automated tank for him like the original has?
Re: Top 5 Best Partformers Transformers Toys (2028735)
Posted by Black Bumblebee on July 13th, 2019 @ 10:52pm CDT
I would go for RID / Carrobots Ultra Magnus / Optimus Prime / Super God Fire Convoy / Omega Prime... oh, you guys know who I'm talking about. Those two guys parts formed like crazy AND combined.
Re: Top 5 Best Partformers Transformers Toys (2028737)
Posted by Triggerdick Megatron on July 13th, 2019 @ 11:17pm CDT

#2...not even. Far and away the most hideous hot rodimus. I am embarrassed to have him on my shelf.

Well I love him.

I agree with you on Siege Cog and G1 Omega being great partsformers but Omega does look kinda strange in robot mode.
Re: Top 5 Best Partformers Transformers Toys (2028743)
Posted by Optimutt on July 13th, 2019 @ 11:57pm CDT
Awesome list, WJ!

As soon as I saw the title, I turned to my wife and said, "You know what number 1 will be? Omega Supreme."

She was so impressed by my anticipatory skills that she feigned interest when I got to Number One and shoved the picture in her face. She's the best. As best-like as Omega, himself.

Very cool to see that Rodimus on this list! That was a welcome surprise, as I've never even directly considered him as a Partsformer, but yeah... he really is.
Re: Top 5 Best Partformers Transformers Toys (2028747)
Posted by Emerje on July 14th, 2019 @ 12:42am CDT
I'm not a big enough fan of Godbomber to really place him on the list. While I like him, he's really just a jumble of upgrade parts for Ginrai that vaguely look like a robot and trailer. I'd rather see his spot go to G1 Ultra Magnus. Unlike RID Optimus Prime, a figure that I adore and now own five of, who looks fine with or without the armor, Ultra Magnus is really only iconic with the armor, otherwise he's just "albino Prime". Ultra Magnus is the guy in armor, not THE guy in THE armor.

Emerje wrote:Ultra Magnus is the guy in armor, not THE guy in THE armor.


It's a very good point, that is the form we know him better as. I did want to make this list very specific though since these are toys and a concept that may not get revisited later. This whole discussion on armoured and upgraded bots is making me think that could make a good list, tandem to this one. So we have the two Magnus toys, Super Fire Convoy, POTP Leader Prime (though I find nemesis even cooler), Siege Shockwave, the new Cyberverse toys, DOTM Ultimate Prime, Powermaster Prime and...who else to choose from?

Optimutt wrote:She was so impressed by my anticipatory skills that she feigned interest when I got to Number One and shoved the picture in her face. She's the best. As best-like as Omega, himself.


HAHAHAHA, great story man, and thanks for the kind words!

ZeldaTheSwordsman wrote:Will, what is your problem with PotP Rodimus Prime's arm articulation?

I dont have the toy near me and I wrote the article a little while back but if my memory serves right, I believe there is something really awkward going on with those shoulder joints, right?
Re: Top 5 Best Partformers Transformers Toys (2028869)
Posted by D-Maximal_Primal on July 14th, 2019 @ 8:16pm CDT
I would have to argue against the G1 seeker mold being on there and there being a lack of a Siege Magnus. That G1 Seeker mold is hot garbage that is only good because of how many repaints it spawned and is still spawning.

Otherwise, the list is in good shape, Rodimus needed to be on there, he's really good.
Click here to view additional comments about this topic at the Energon Pub Forums ...