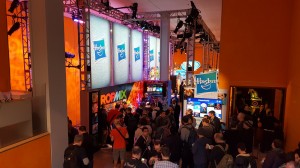 After the coverage we offered yesterday of the investor meeting from Hasbro, including the various slides made available during the call itself, in two of our stories - respectively, the future of the live-action Paramount movies and the general Transformers brand from a company perspective - we return today to New York City, to cover the Hasbro Entertainment Brand Preview!

Ranging across their several franchises, the event covers the likes of My Little Pony, Star Wars, and more, including of course our favourite transforming robots. Check out below as we update the story as the event takes place, featuring figures from multiple Transformers lines like Power of the Primes, Studio Series, Masterpiece (now that Takara Tomy and Hasbro have unified their brand efforts), and more!


!!MAKE SURE TO REFRESH THIS STORY FOR LIVE UPDATES!! 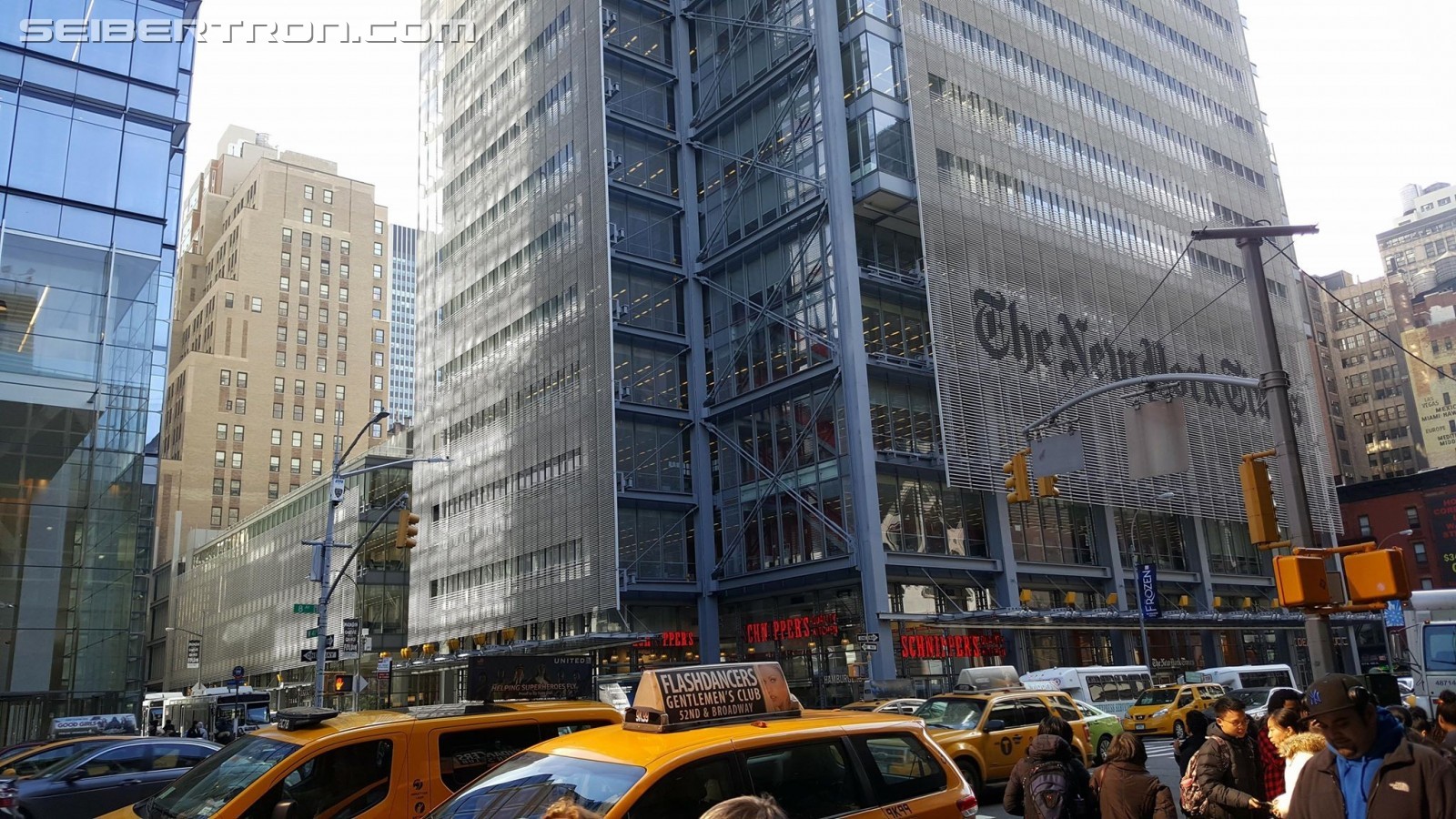 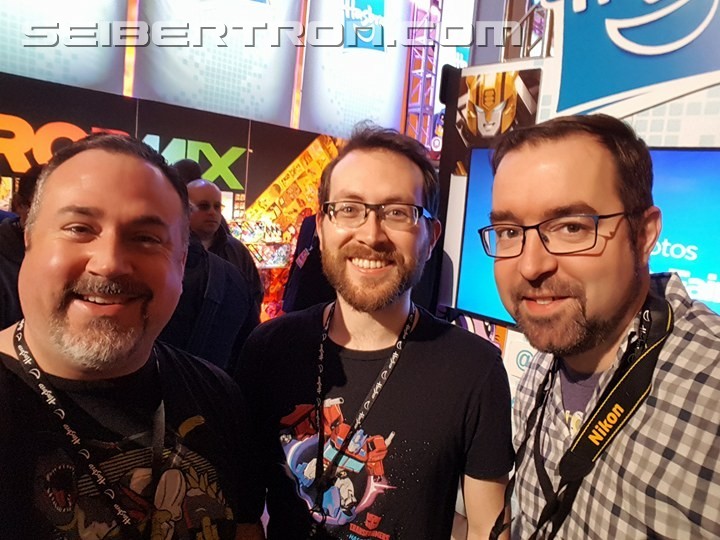 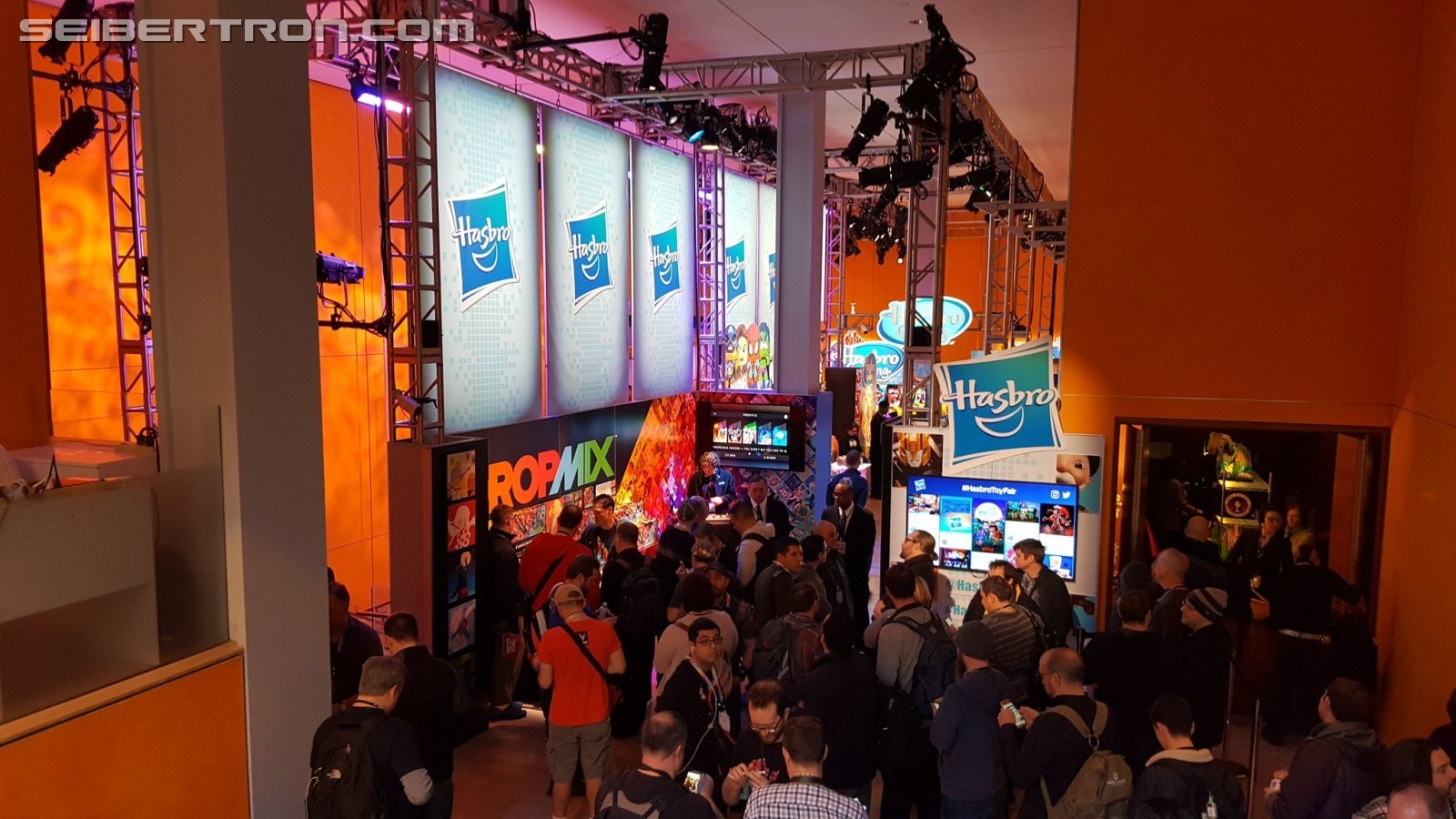 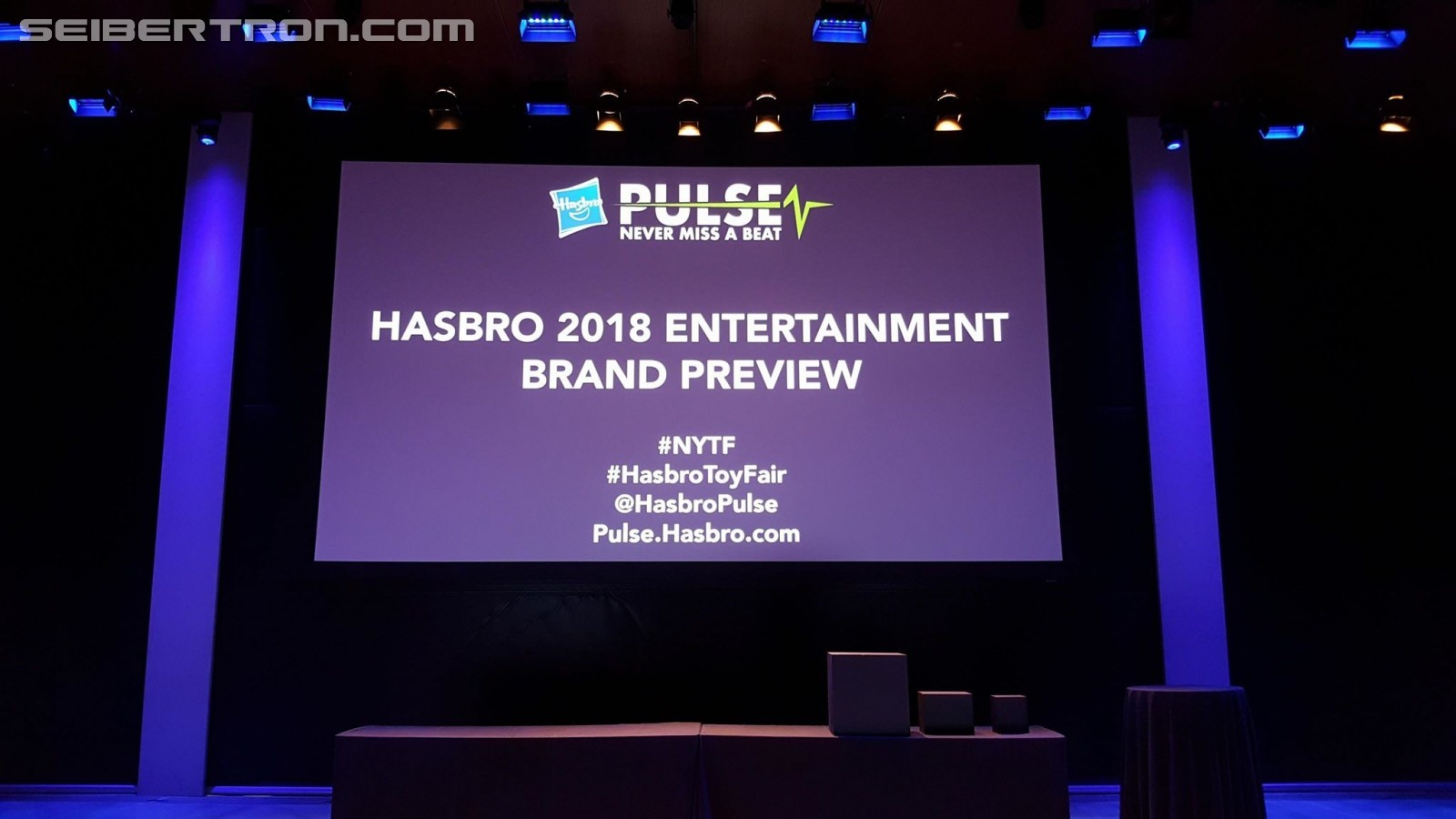 Derryl DePriest (main GI Joe brand manager) is MCing the event, and various housekeeping announcements are taking place, including the HasbroPulse app. You can check out Hasbro Pulse here. The app will be free, and will allow you to create wishlists among other features.

First brand up is Mighty Muggs, as we have covered in our preview story here, featuring Marvel and Star Wars, plus My Little Pony and Transformers, featuring Bumblebee, Starscream, Optimus Prime, and Megatron.

10 products for each of the 10 years of the Marvel Cinematic Universe, from Iron Man (2008) to Infinity War (2018): Walmart Iron Man two-pack with new head; Iron Man 3 Pepper Potts and Mandarin; Target two-pack for Age of Ultron Hulk vs Hulkbuster; Crossbones vs Captain America with new Chris Evans. 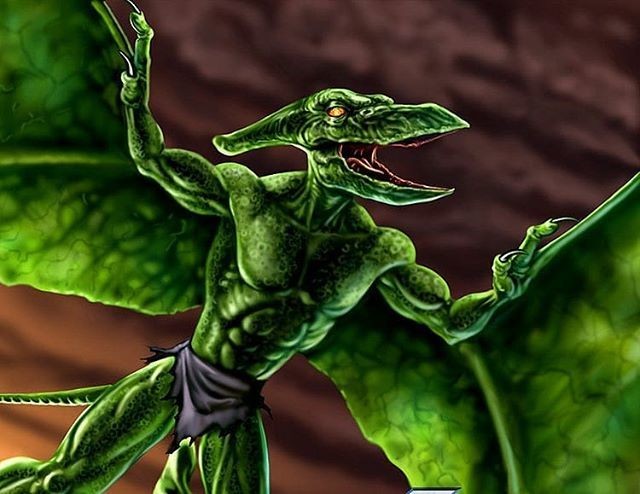 Moving to My Little Pony.

In a first time of showing actual products during the presentation, we have new products of characters Trixie, Lulamoon and Starlight Glimmer from fan series. New Tempest Shadow from My Little Pony movie, with lightning glow. New animation accurate of Mane 6, and Cutie Mark Crew, a new line of cutesy collectibles.

Season 8 of the Friendship is Magic animated series will introduce Sea Ponies, premieres on March 24th.


Next is Power Rangers, as pre-announced during yesterday's news cycle.

Introduced by Brian Casentini, executive producer of the series, partnered with Nickelodeon through 2021. 26th season launches in early 2019: Power Rangers Beast Morphers, as the new direction takes hold. No products shown yet, as launch is still far away.

Next brand, finally, is TRANSFORMERS.

Sean Carmine Infantino presents the Transformers: Cyberverse animated series with some test animation, to illustrate how the series will eventually look, showing the lore, backstory, history and characters - effectively the story of Autobots and Decepticons, their origins, teammates thrugh the perspective of Bumblebee. Animation style looks to be a mix between Rescue Bots and Robots in Disguise.

For the toyline: On the Decepticon side Megatron, Starscream, Shockwave on the Autobot side Optimus, Windblade, Bumblebee, Grimlock. Shadow Striker - new Decepticon female character - will arrive later.
Brought a fresh take to G1 designs for the toys, with Cybertronian influence, to new Scout, Warrior, Ultra, Ultimate classes of figures. Infusing new play pattern: "action attack" uses conversions to power a "signature move" which is accurate to the show.

John Warden introduces the Generations line, which as of March 9th will include ALL of the music for Transformers to be available on colored Vinyl. Lead into Machinima's Power of the Primes animated series, with poster featuring Optimus Primal.

Voyager Elita-1, with combined form called Elita Infin1te. The 1 is intentional.
New product: Nova Star, looks to be a Moonracer retool to join the Elita-1 team.

Predaking shown on stage. One of most popular combiners, comes with Matrix of Leadership that houses only Onyx Prime Prime Master of entire toyline. Divides into five voyager Predacons, Cybertronian animals - Tantrum is renamed Torox.

Next direction for the line is War for Cybertron Trilogy, different from the old videogames (but same name, totally not confusing), going to correspond to 35th anniversary of G1, starting in 2019. Sounds like this is Cybertronian war pre-Earth, Tetra Jets will likely be there.

Fan vote poll for a deluxe class:
#Needlenose vs Tracks (brother vs brother),
#Spinister vs Wheeljack (Saboteur vs Scientist),
#Impactor vs Mirage (Greater Good vs Greater $$$) 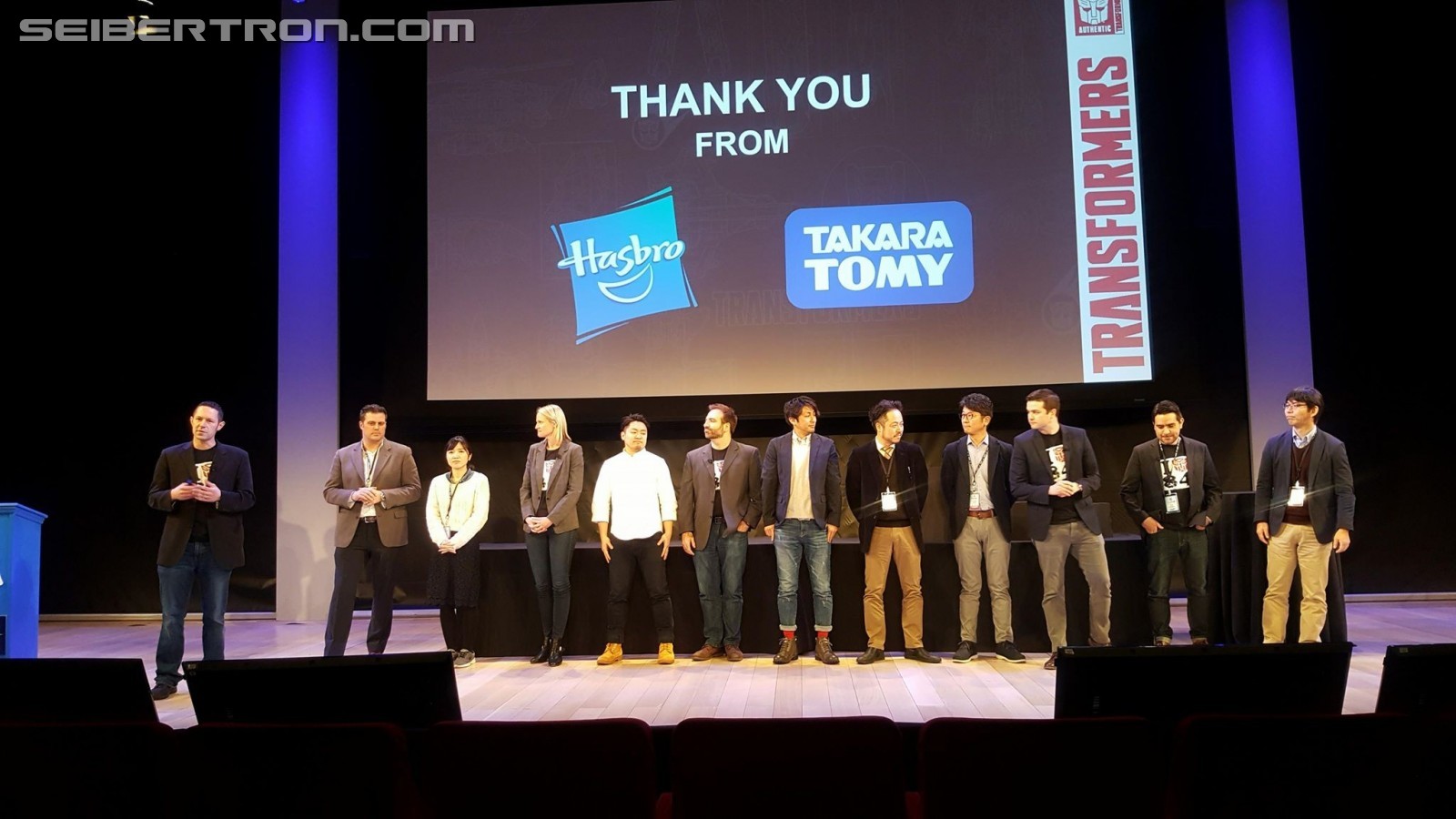 Final reveal is the Hasbro Crowdfunding platform, HasLab, launching with Star Wars (but hoping to expand to other brands): funding for the largest Star Wars vehicle... Black Series Return of the Jedi Sand Barge. Big enough to fit a Jaba The Hutt inside of the barge, has pilot seat, prison cell, galley/kitchen, smuggler's compartment, Jabba will be included (with photoreal technology), all sorts of cool stuff. Over 2.5 sq ft of display area.

Everyone moving to showroom for images, stay tuned!

"and in scale with each other" <-- that's one of the things I like most in a TF toyline.

And, seriously?! They're actually going backwards for the next Sentai adaptation for Power Rangers? The first one that they deliberately skipped because of how it flopped hard in Japan and proved too difficult to adapt without enough preexisting morphed suit footage (Tokumei Sentai Go-Busters)? That is legitimately shocking.

Sabrblade wrote:"War for Cybertron Trilogy".
Because that's not confusing at all!

Sabrblade wrote:"War for Cybertron Trilogy".
Because that's not confusing at all!

That's why it's gonna confuse people, just like the repeated uses of "Classics", "Legends", "Prime", "Robots in Disguise", "More Then Meets the Eye", etc. to refer to multiple different things. People are gonna see the name and instantly think of one thing when it instead means something else.

If Hasbro had thought of something new to call it, like "Dawn of Cybertron" or "Shadows of the Past" or "The First Great War" or something like that, that'd make things less confusing and would have been more cool and unique.

"and in scale with each other" <-- that's one of the things I like most in a TF toyline.

Oh dear. I wasn't planning to buy Predaking, but I did want all twelve Prime Masters. I don't fancy owning any more Titans, so I'll just have to not have Onyx.

Fan vote: #Needlenose vs Tracks (brother vs brother), #Spinister vs Wheeljack (Saboteur vs Scientist), or #Impactor vs Mirage (Greater Good vs Greater $$$)
Vote by hashtag Tuesday 2/20 - Friday 2/23 on Facebook and Instagram (hashtags in bold above)


The only character out of the above names I'd like a new toy of is Impactor, so I think that's the only one I'll put in a vote for.

), Cybertronian alt modes aren't really my thing, so I doubt I'll get much from it unless they eventually do bring in some Earth alt modes later in the "trilogy", which the description suggests they won't.
Re: Toy Fair 2018 - Hasbro Entertainment Brand Preview, including Transformers: Studio Series, Generations, War for Cybertron, Fan Poll #HasbroToyFair #NYTF (1939779)
Posted by Rysquad on February 17th, 2018 @ 2:53pm CST 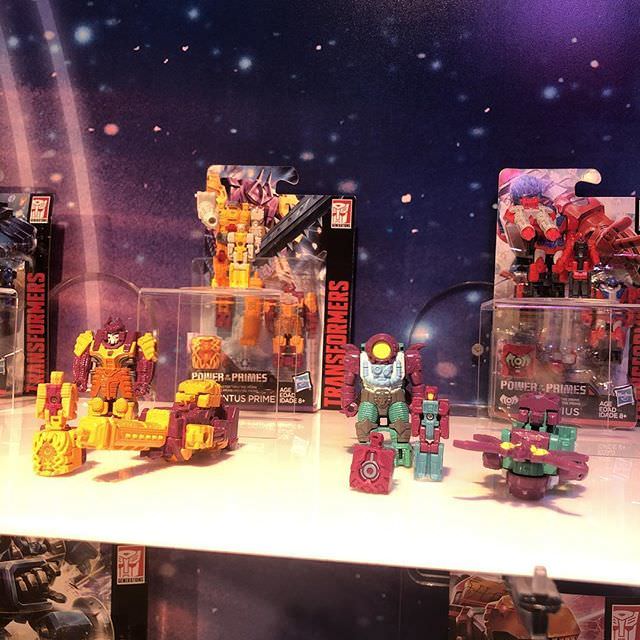