Tranformers 3 Returns to Film in Gary, IN 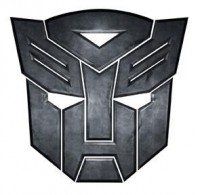 Transformers 3 will return to Gary, IN to do more filming. In this article in The Post-Tribune of Northwest Indiana, it is reported that the production crew will film near Majestic Star Casino and the City Methodist Church. According to the article, the film crew will be much larger and will begin filming as soon as next week and no later than August 23rd.

While the shoot in April was supposed to include a crew of 60 people, this month's shoot will include a crew of 150. Gary's public safety staff will be compensated for any time spent helping with the shoot, according to the agreement. The city also received a check for $1,550 in filming fees.

"Transformers 3" is the latest in a series of blockbuster movies about warring alien robots that transform into vehicles. It stars Shia LaBeouf, John Malkovich and Frances McDormand, among others.

Cohn couldn't say whether any principal members of the cast will be in Gary, nor whether any of the Transformers themselves will be seen in Gary in vehicle form.

Continue to watch Seibertron.com for your latest Transformers 3 news!