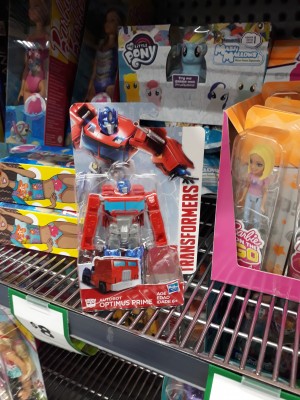 Hi Australian fans! One of the more enigmatic lines has been the Transformers Authentics line. It's mere existence confuses fans since these are not part of any line yet share an evergreen style we keep seeing pop up, even in the upcoming Cyberverse line (though more stylized there). The availability and distribution is also something that was not clear since they did not seem set on appearing at wide retail. There are two size classes and they have not been found in several markets. However, there is now a confirmed sighting for the smaller assortment in Australia. This includes Megatron, Bumblebee, Optimus and Starscream. As assumed, it was not found at the typical dedicated retail outlet for toys, but instead at Woolworths, which is a big grocery chain. The sighting comes from Prismartyr who wrote this to us:

Hey guys. I haven't seen them before, but the 4 inch Transformers Authentics figures have arrived in Australia. I have images I can send you for proof. They were spotted at the Woolworths at Lisarow, New South Wales. 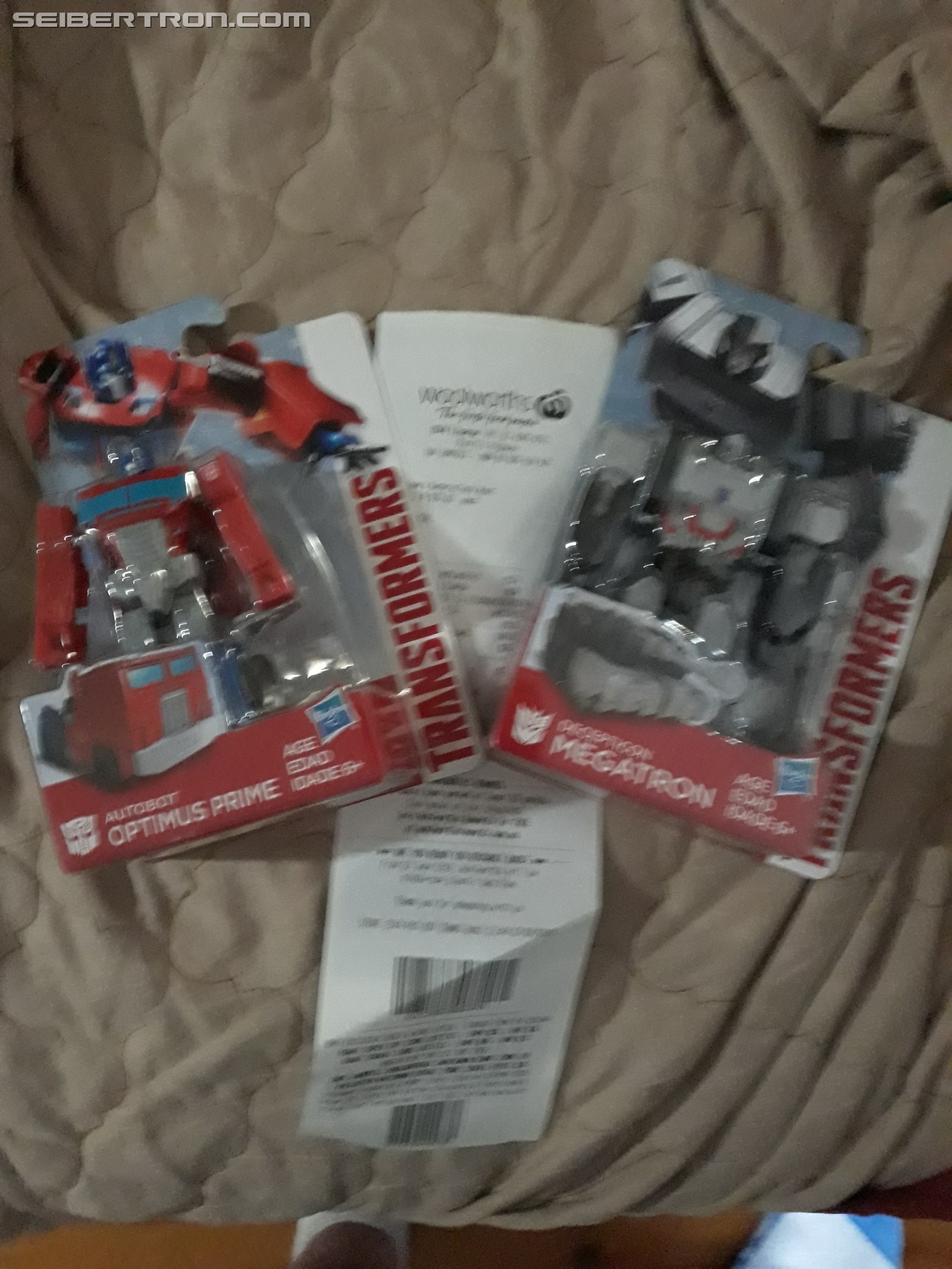 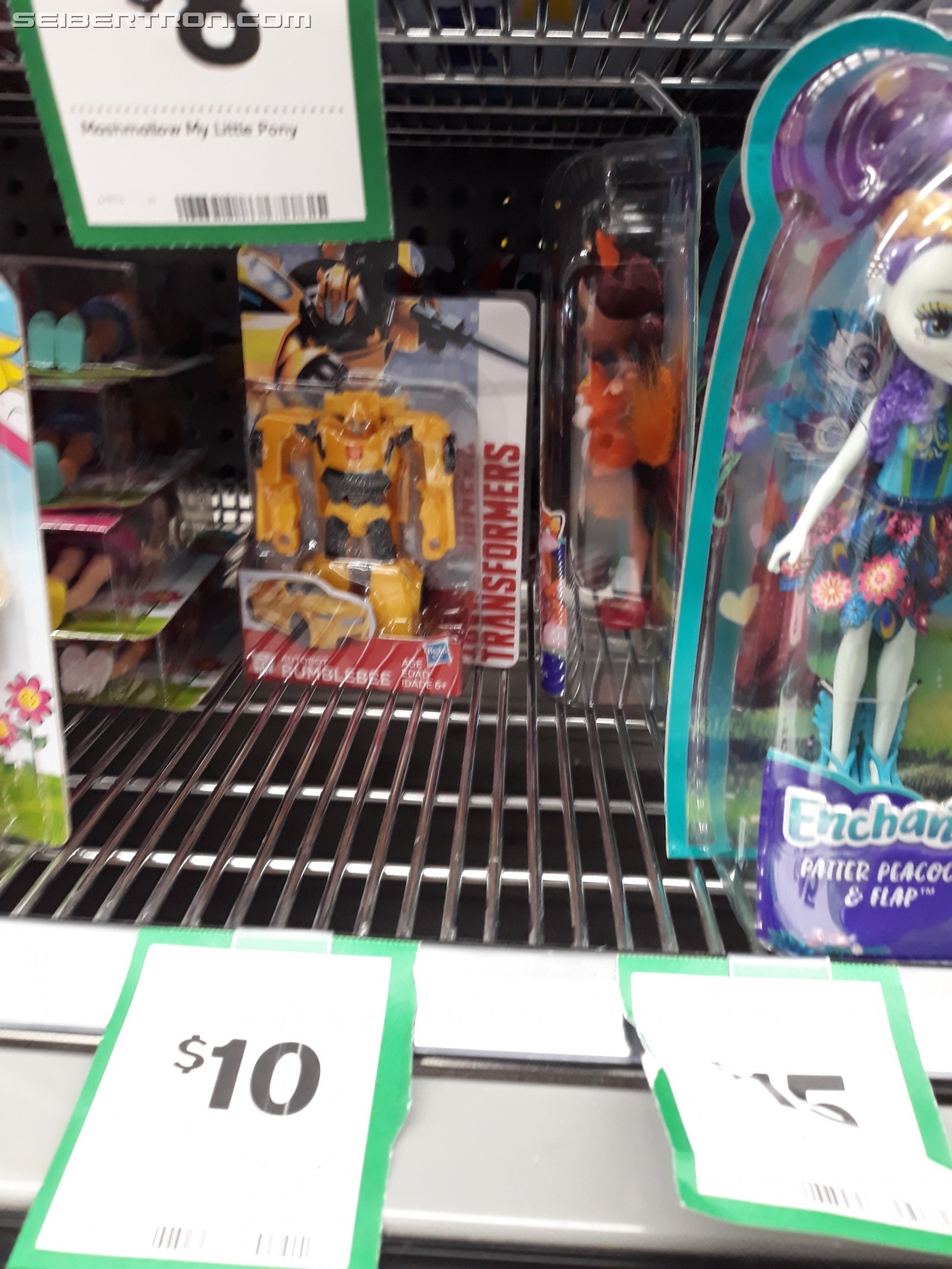 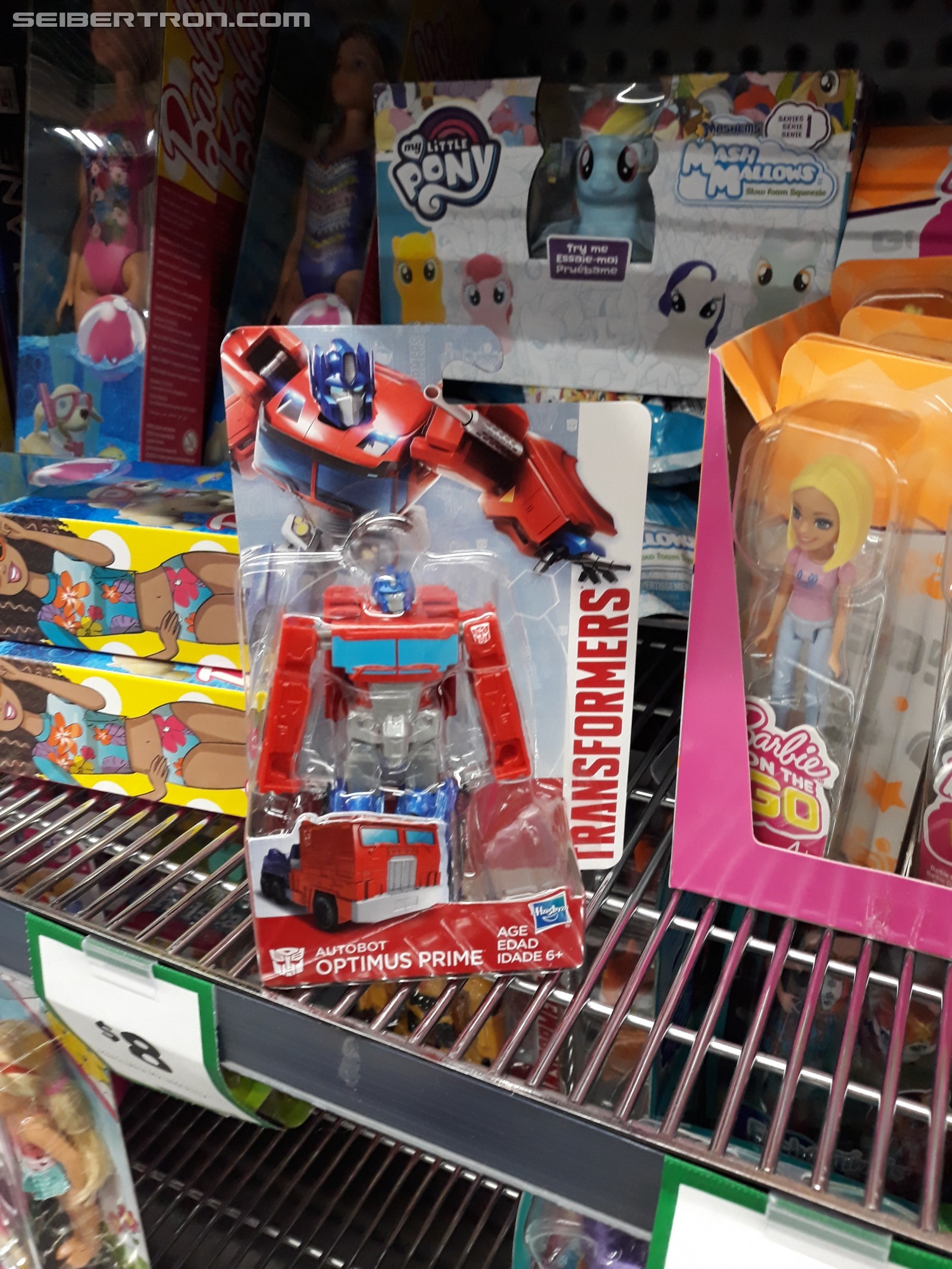 If any of you find a toy in stores you think is new, let us know as Prismartyr by sending us a message though the "contact us" button at the top.

Re: Transformers Authentics Found at Australian Retail (1962401)
Posted by Burn on May 31st, 2018 @ 5:58am CDT
Well, it's begun. The Australian Government are planning to introduce GST (Goods & Services Tax) on all imported products (currently GST only applies to imports over $1,000) from July 1. In a typical brain dead move, The Australian Government expected the likes of eBay to collect and then remit the tax for them (even though eBay are not the seller).

That hasn't stopped other major websites looking at how they will be exposed to this ludicrous law. Amazon announced today that from July 1, they will no longer be shipping to Australia.

Why they're doing this is unsure, they may be making a pre-emptive move to avoid the burden of GST, or they could be doing it to drive Australian customers to Amazon.com.au which was launched in November of last year.

https://www.news.com.au/finance/busines ... 046f63b894
Re: Transformers Authentics Found at Australian Retail (1968410)
Posted by william-james88 on July 3rd, 2018 @ 10:32am CDT
Big news for Australian fans. Thanks to a post on Ozformers' Facebook page, we now have news of multiple new retail sightings.

Firstly, Brawl and Megatron from the Studio Series have been found. Along with Power of the Primes Inferno, which is the final voyager of the line seeing a mass retail release.

The biggest news though is that the Cyberverse toys were also found. This is the first worldwide sighting for the one step, scout and warrior figures in the line.

These were all found in a BigW store and here is a quote from Oz himself explaining why the Cyberverse toys may have been released by accident.

Several HUGE sightings from today, and one from a week ago.
.
- POTP wave 3 Voyager Inferno found at a BigW in NSW.
- Studio Series wave 2 Voyager Brawl & Megatron found at a Toyworld in Victoria.
- POTP wave 2 Deluxe finally having a definite sighting here with an appearance at a BigW in Canberra.
.
And the big news, the new Cyberverse toyline hitting Australia before the rest of the world, but since it was at a Victorian Toyworld, it might have been an accidental early release, as we've had some Movie toys in recent years being released early by accident.
Then again, these could be their official release, and we just got lucky with the toys... but not the prices, as the Toyworld prices were apparently not right, with them being way over their normal size-class price point.
.
Three sizes found - Scout, Warrior and 1-Step.
(photos posted to Ozformers board by members Hypnos and Gehirn) 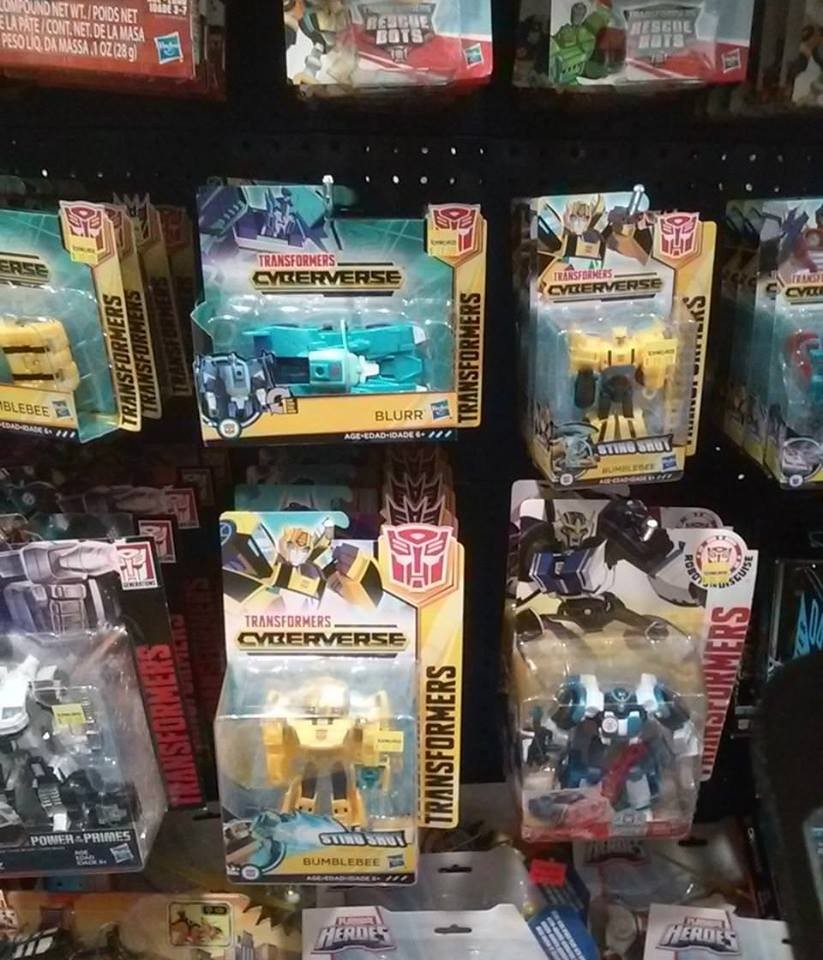 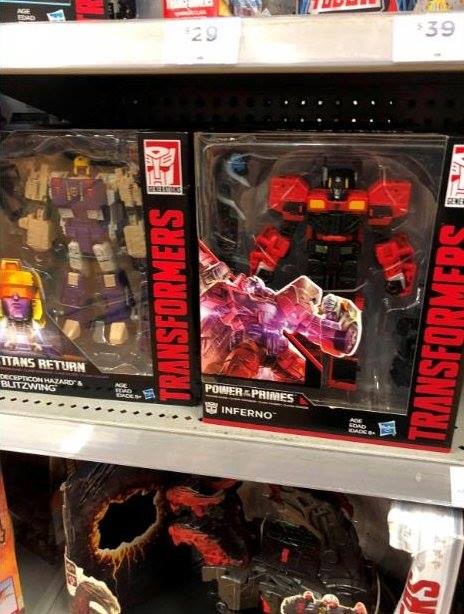 Cyberverse on Cartoon Network September 29
http://www.otca.com.au/boards/showthread.php?t=25845
Re: Transformers Authentics Found at Australian Retail (1988124)
Posted by Va'al on October 8th, 2018 @ 3:10am CDT
According to fellow fansite Ozformers and its admin griffin, the second wave of Transformers Authentics have made it to Australian retail - and by second wave, we mean the entirety of the one 5 inch Grimlock figure with limited articulation, joining the likes of the 5-inch Authentics Bumblebee, Megatron, Optimus Prime and Starscream we have already seen released.

Read below the image for more details, along with some Bumblebee Movie toys also sighted in shops in Queensland, Australia, and join the discussion in the Energon Pub! 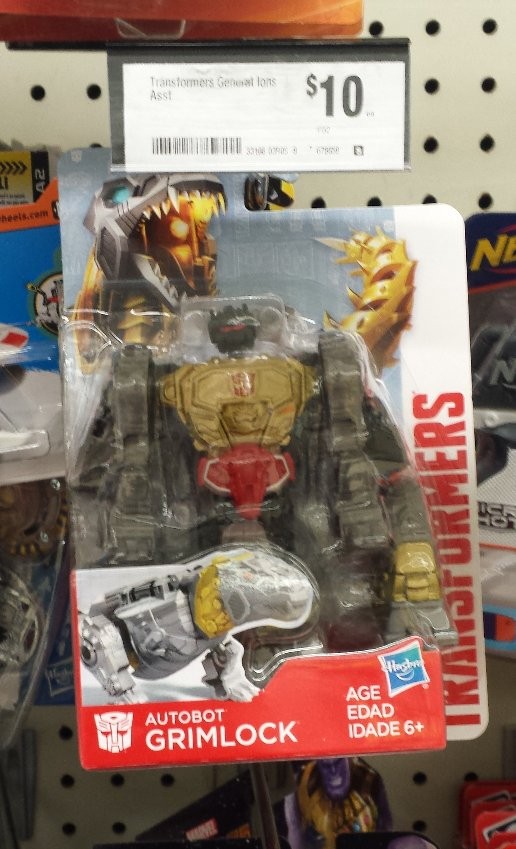 At Woolies Sunnybank yesterday (Friday), they had the second wave Grimlock for the small Authentics line.

Re: Transformers Authentics Found at Australian Retail (1995031)
Posted by Qwan on November 21st, 2018 @ 6:38pm CST
In what more-or-less constitutes another stage in an ongoing saga, US and International Amazon has resumed shipping its products to Australian customers this morning. This is quite good news for Australian online collectors, but given the time since the last development, a small amount of background may not go amiss.

In mid-2017, the Australian government announced its intent to apply GST on imports of all value, even below $1000 (the previous minimum to apply tax). In response some large international retailers, eBay and Amazon included, threatened to stop shipping items from their international branches to Australia. Though the change was subsequently postponed for a year, in mid-2018 it came into effect - and while eBay simply added GST for Australian buyers, Amazon followed through and prevented Australian customers from purchasing products from anywhere outside Australia.

Now it seems that decision has finally been reversed, allowing Australians to once again purchase and ship items from outside Australia. Though currently this is only possible on items sold directly by Amazon - third party sellers outside Australia still can't be bought from - this is great news for Australian collectors getting fed up with Amazon Australia's highly limited selection of Transformers, among other products.

If you're an Australian collector, how will this change influence your buying? Will it attract you back to buying from Amazon, or is it too late for you? Let us know on the Energon Pub Forums, and as always, stay tuned to Seibertron.com!

Re: Transformers Authentics Found at Australian Retail (1995862)
Posted by ZeroWolf on November 28th, 2018 @ 4:41pm CST
Thanks to the Ozformers Facebook page, we now bring you news of several sightings in Australia, including the Tiny Changers Wave 2 which initially wasn't slated for a release but does indeed arrive.

Here are the sightings: 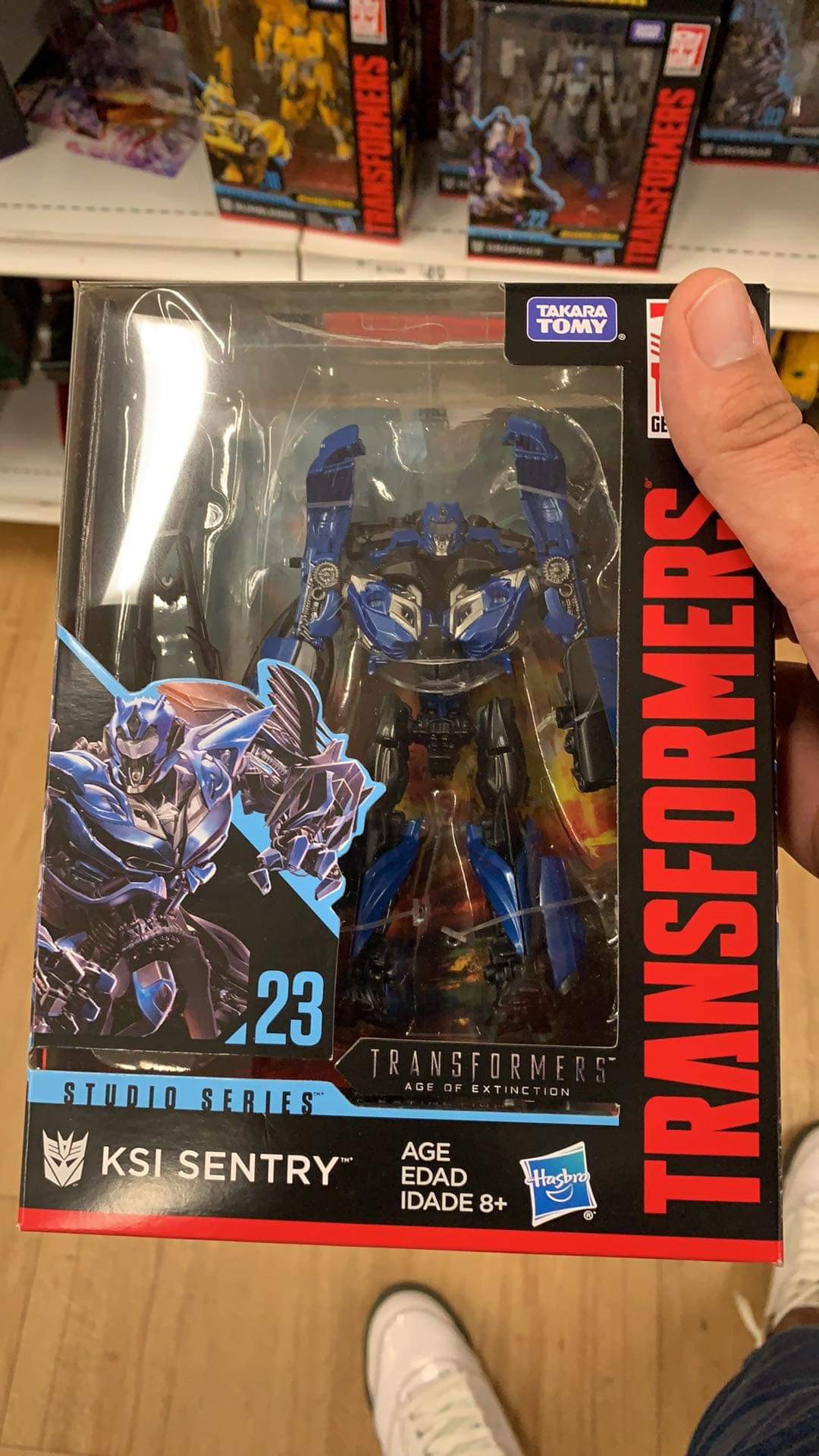 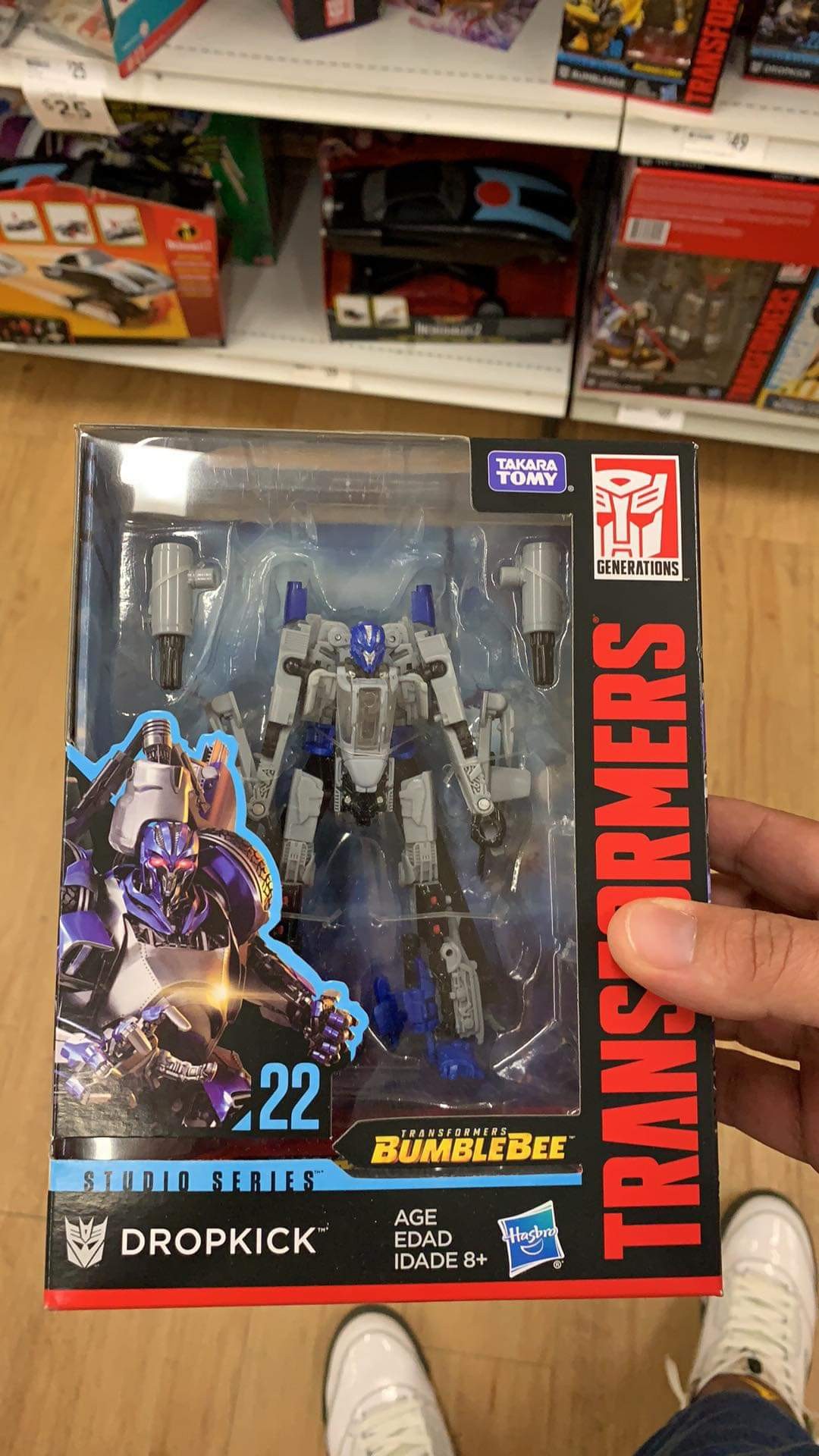 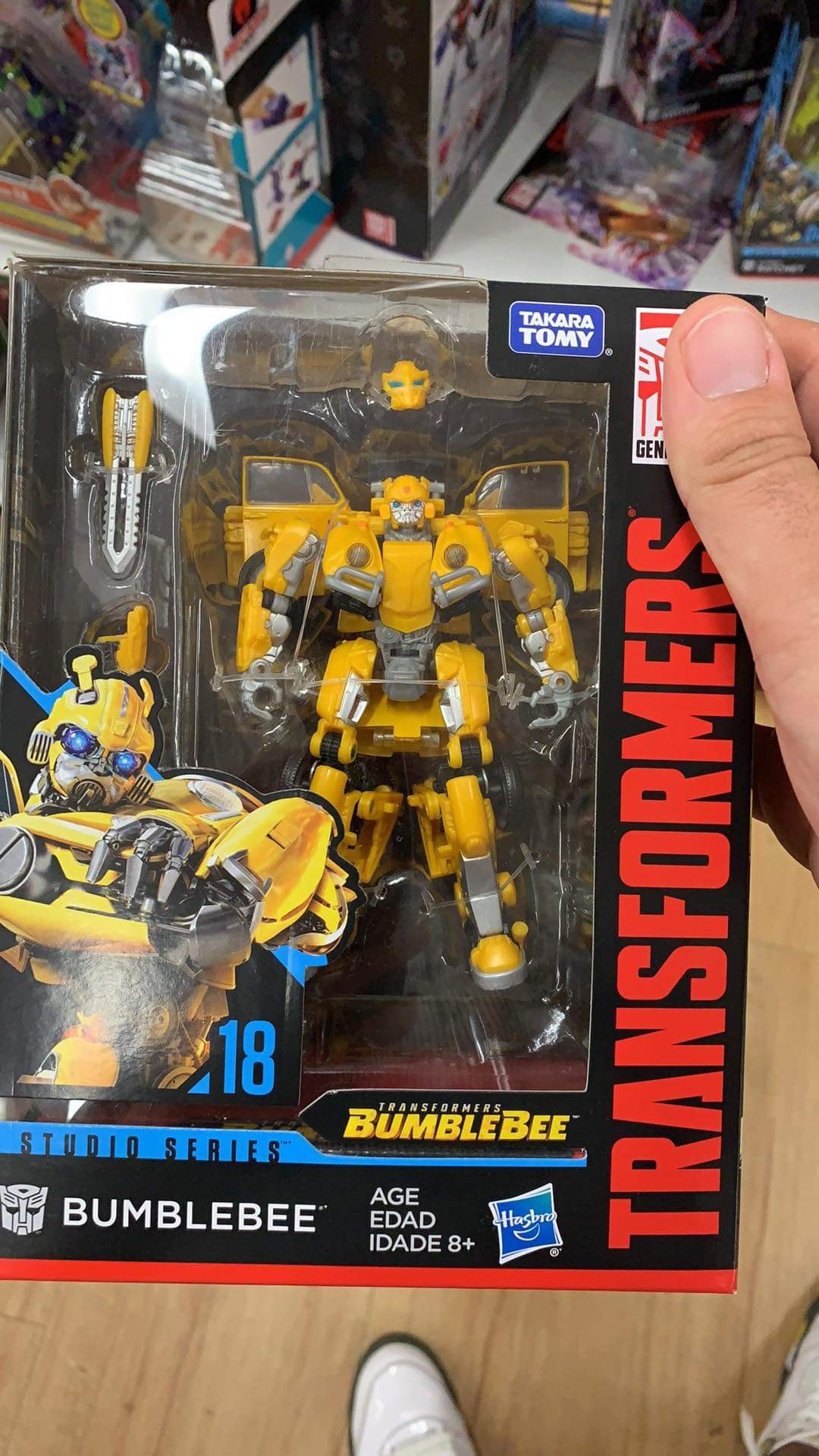 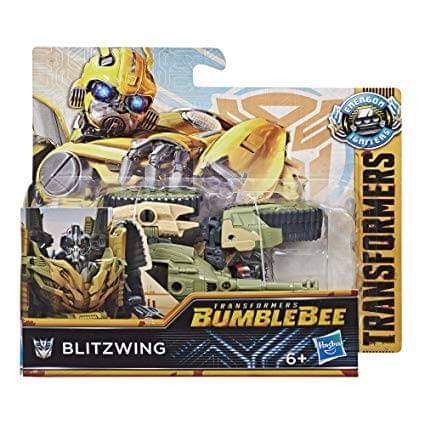 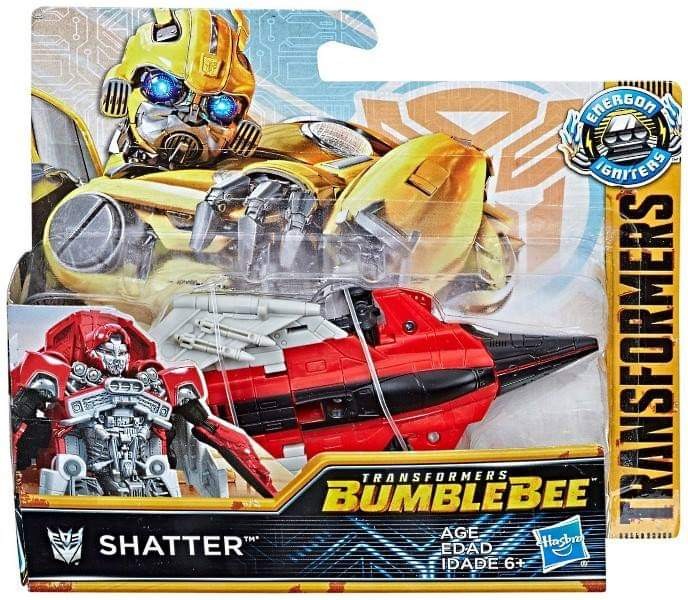 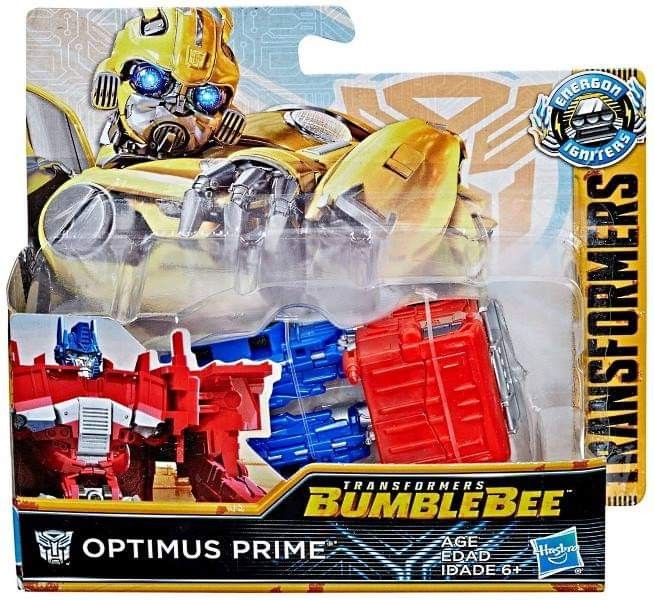 - TF4 movie Tiny Changers wave 2 (we weren't supposed to be getting these here, so seeing them here 16 months after being released globally is a surprise)... seen at Coles in Brisbane first. 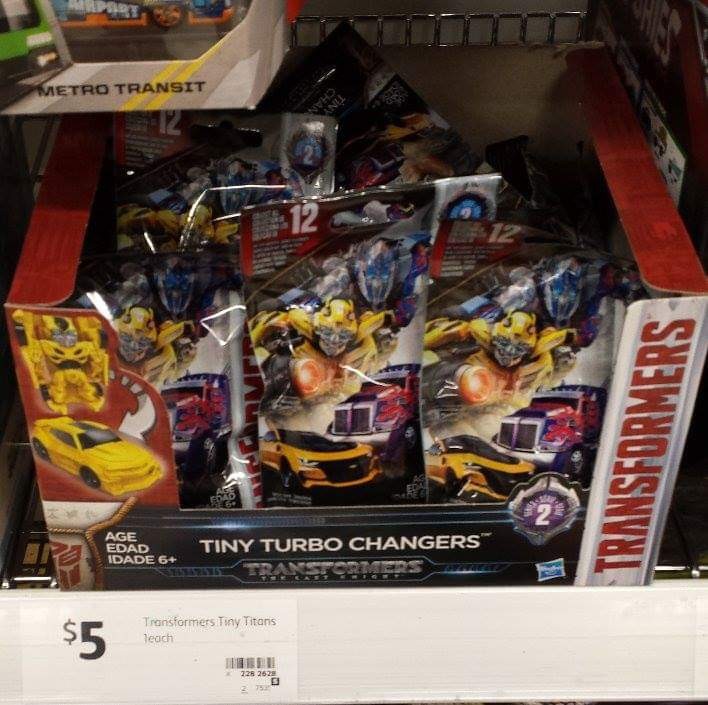 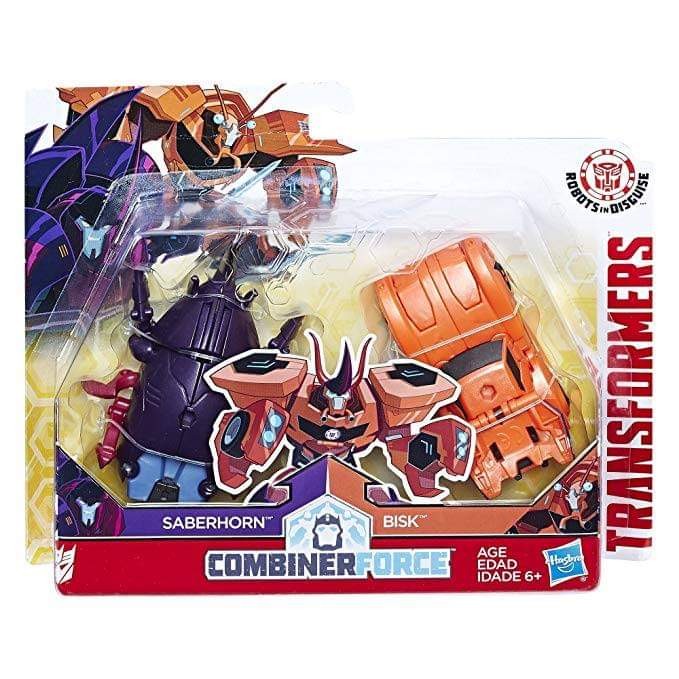 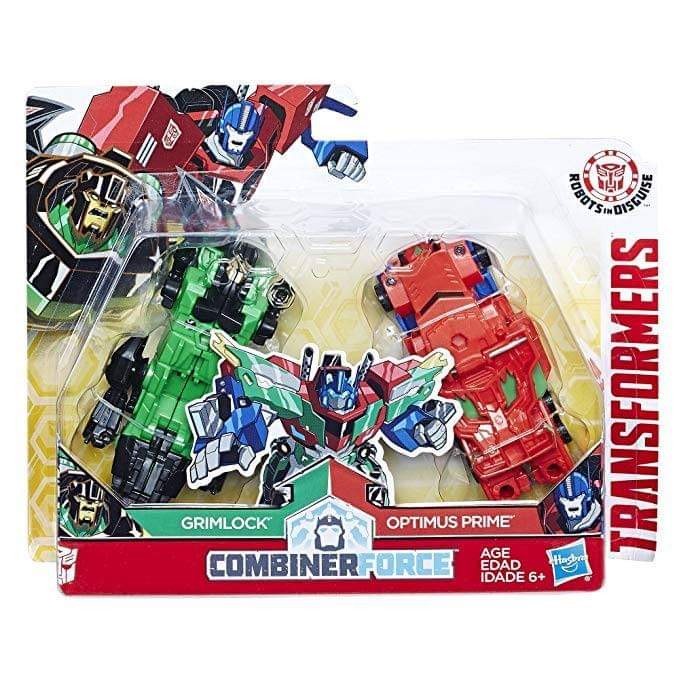 - Cyber Commanders Bumblebee and Optimus have arrived at Aldi. 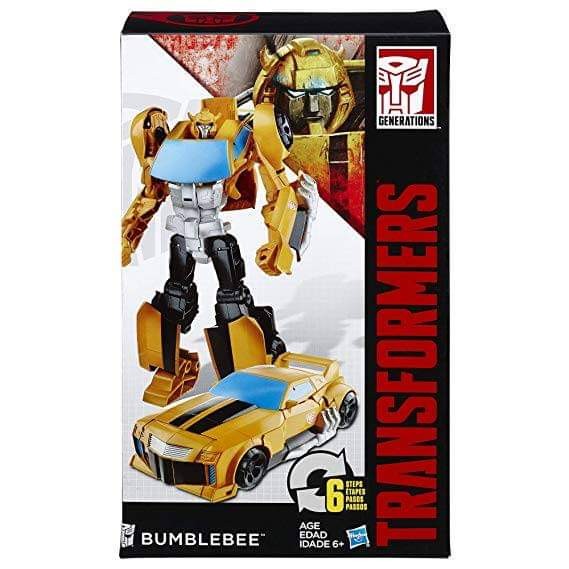 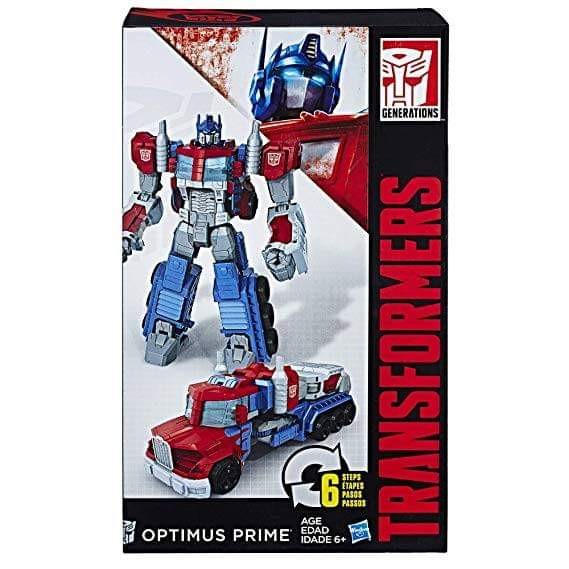 - Cyberverse Warriors wave 2 (Megatron, Acid Storm and Windblade). These were found at a Target in Melbourne. 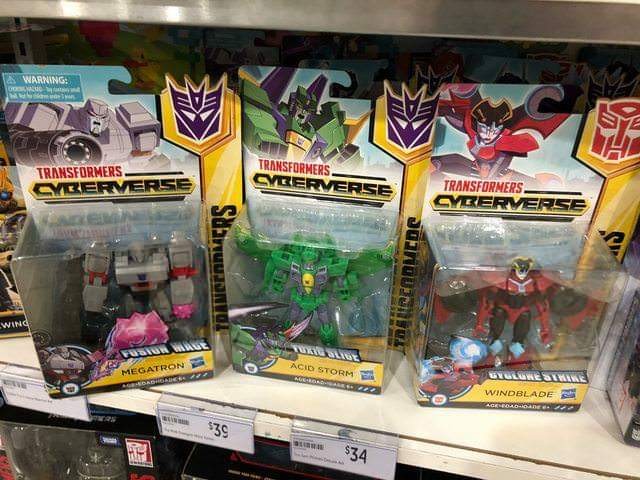 Last but by no means least, Kmart have also listed two Bumblebee movie toys that are exclusive to Target in the US. 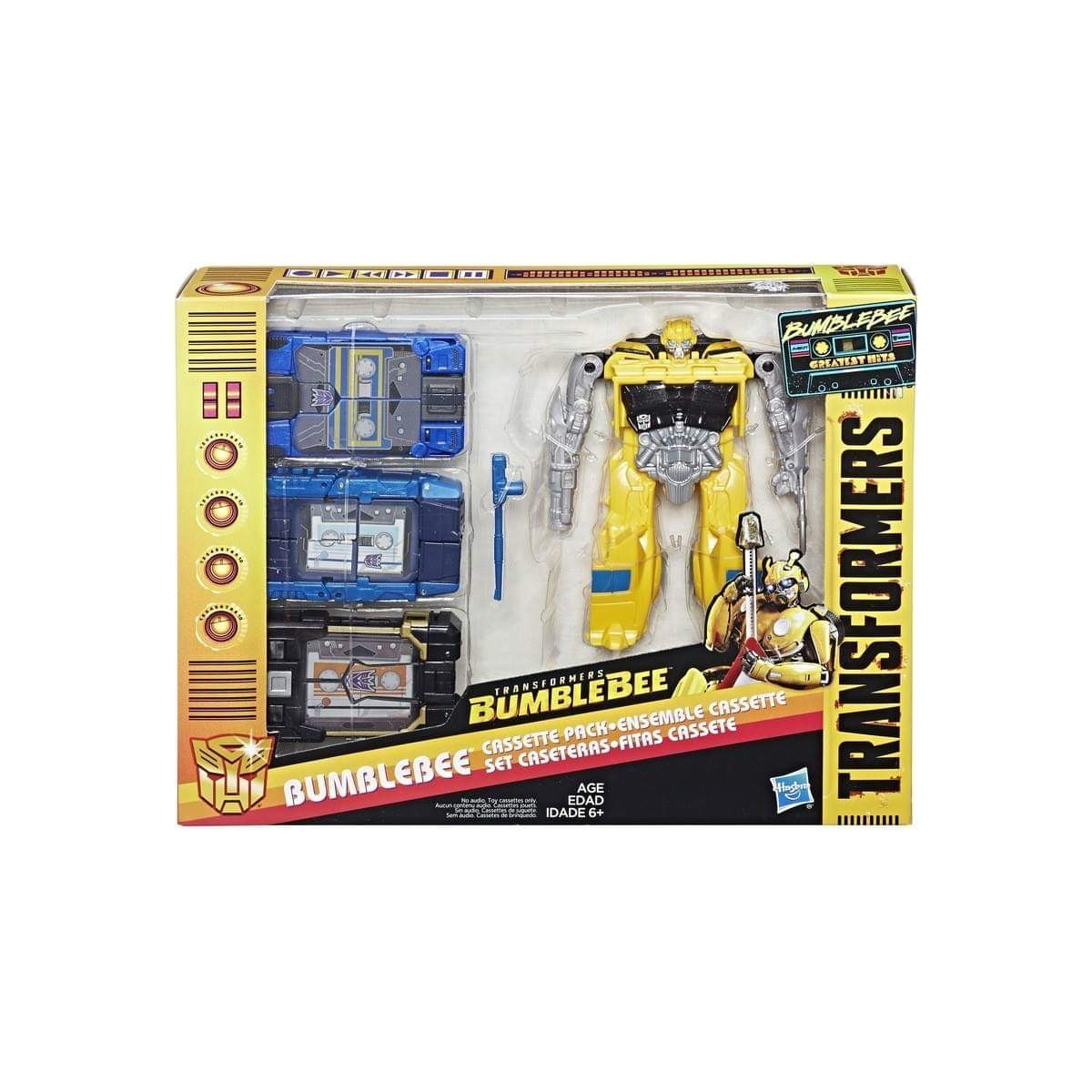 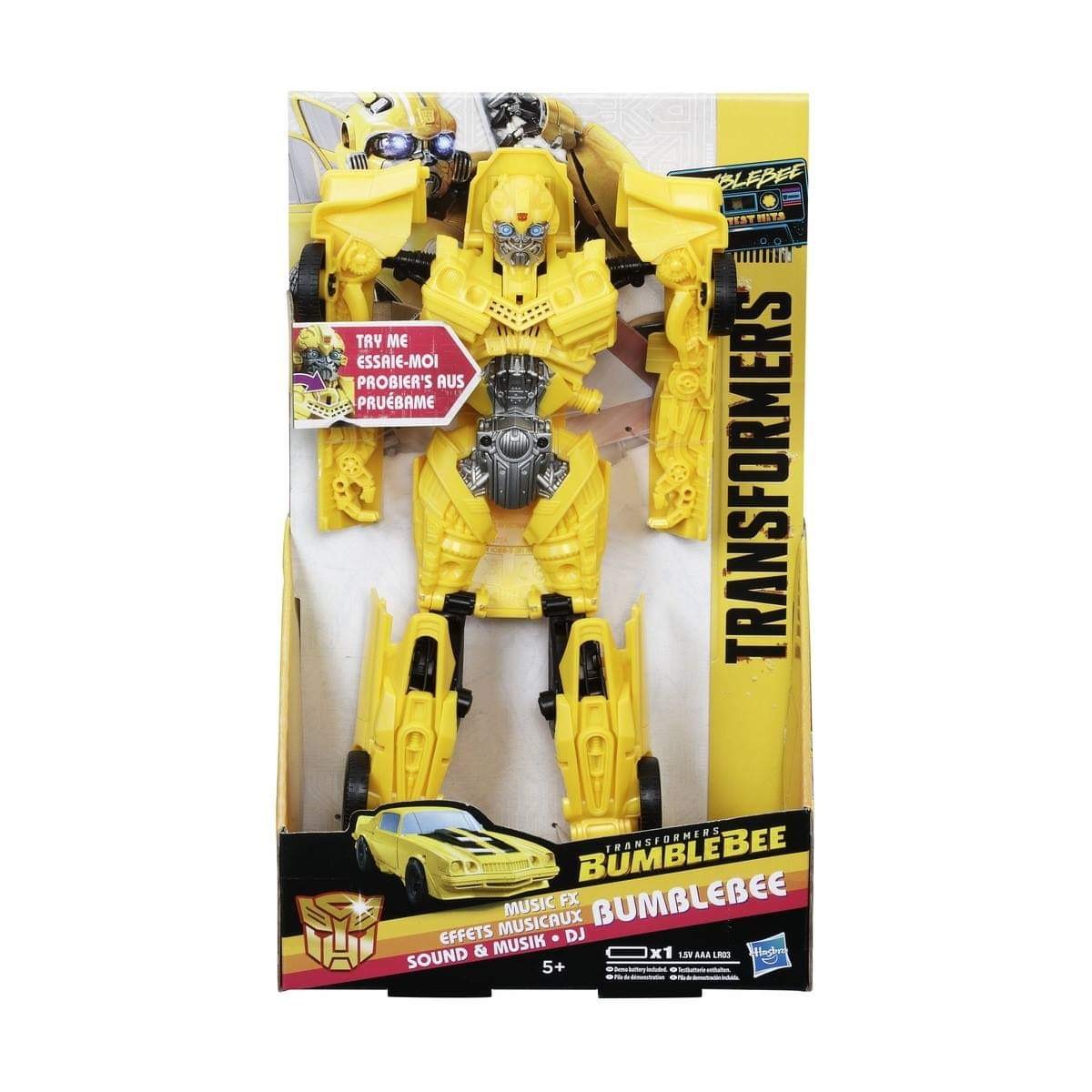 Triggerdick Megatron wrote:Not one single Power of the Primes TF...

Sporadic sightings of the last Terrorcons at Myer, and Predaking has just started showing up, nothing widespread though.
Re: Transformers Authentics Found at Australian Retail (1995906)
Posted by Triggerdick Megatron on November 28th, 2018 @ 6:55pm CST
Hasbro said they would release more POTP wave 2 in November in Australia. I have not seen any so far. I need a Battleslash, optimal optimus and wave 2 deluxes...

Terrorcons have been flooding every store here, besides Toyworld and Big W (I think)

Wave 2 and 4 have seemed to be unfortunately skipped here