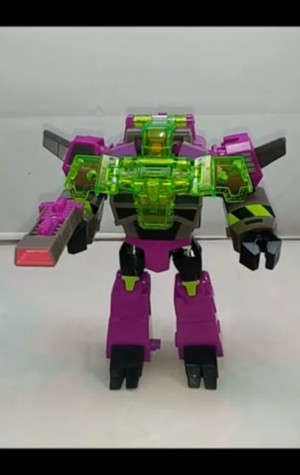 Thanks to Seibertronian Chuckdawg1999, we have a new review to bring you, that of the newest figures in the Cyberverse Ultra Class line, Clobber, Hot Rod, and Bumblebee. These figures all feature an "Energon Armor" gimmick, with translucent, flip-out armor that's activated manually. Notably, this is the first in depth look at Clobber's only figure so far. She's been featured in the Cyberverse cartoon and her character model quite obviously draws inspiration from Transformers Animated's Lugnut. Also, as Chuck notes, the armor on Hot Rod and Bumblebee gives them something of a samurai style look.

Are these figures you'll be picking up? They're available on Amazon right now, and have been trickling into retail stores as well, so let us know if you plan on getting them. Share your thoughts on these figures below, and stay tuned to Seibertron for all your Transformers news!