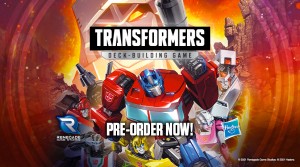 Last week, we learned about a new Transformers Deck-Building Game from Renegade Game Studios, and today we have the official announcement from the game makers themselves, which includes notification that the game is available to pre-order now through their official web store. The game is scheduled for release this upcoming August, and pre-orders placed through Renegade's site will receive a bonus pack that adds Jazz as a playable character in the game.

Check out the entire press release below, which includes additional information and links to more information about the game. 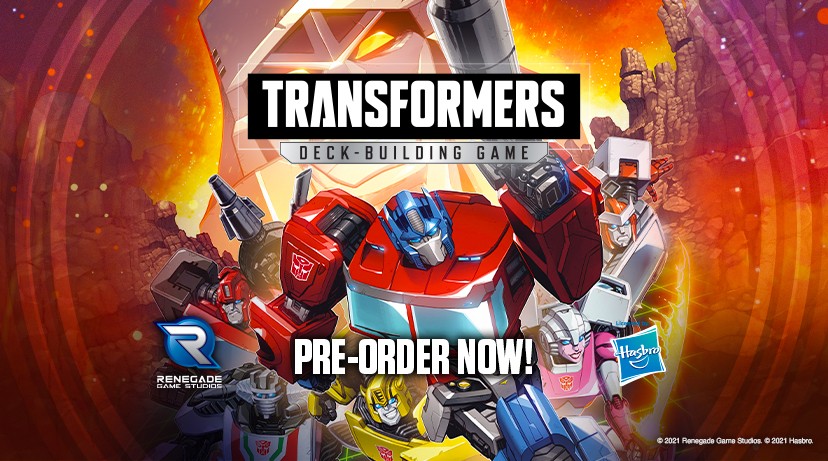 San Diego, CA – May 17, 2021 – Renegade Game Studios is happy to announce the Transformers Deck-Building Game. In the Transformers Deck-Building Game, 1-5 players take on the roles of one of the mighty Autobots! Begin by exploring the Matrix, transforming between your different modes as you gain allies, find relics, and acquire technology to do battle with the Decepticons. But be warned! As your deck grows, more powerful Decepticons will rise up to challenge you.

Pre-order and get the bonus pack!

The Transformers Deck-Building Game can be played as a competitive or as a cooperative experience. This Core Set will begin your collection with everything needed to play, but the battle is far from over as playable Decepticons will be along before long to expand your game!

Pre-orders from our webstore will receive the Transformers Deck-Building Game
Bonus Pack #1, featuring fan-favorite music lover Jazz as a playable character, as well as 4 additional cards for the main deck! 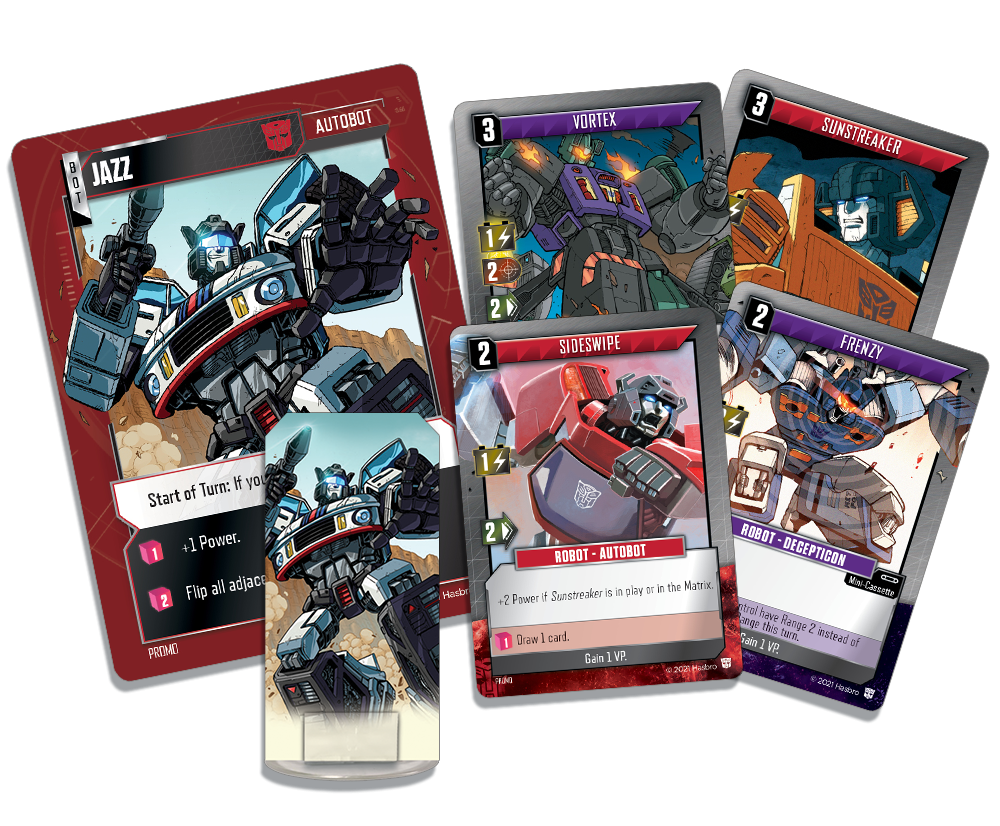 Be sure to join us in the new Transformers Tabletop Gamers group on Facebook to join the community and share your excitement for the game!

Renegade Game Studios was established in 2014 by game industry veteran Scott Gaeta to publish engaging, unique, and fun tabletop games and has published a catalog full of award-winning titles. Renegade’s catalog of games includes numerous popular titles such as Power Rangers: Heroes of the Grid, Scott Pilgrim’s Precious Little Card Game, Gudetama: The Tricky Egg Card Game and award-winning titles such as Raiders of the North Sea, Clank! A Deck-Building Game, and The Fox in the Forest.

soundwave765 wrote:Does this mean the previous line of Transformers TCG is no longer on development? I rather enjoyed playing it.

The ccg was canned a year or so ago, however it should be pointed out that this isn't the same as that as there is no booster packs to buy for this. All the cards are in this box, the challenge is purely deck building and finding the right cards.

So if you're upset by wotc deciding to discontinue the card fan, don't let it put you off trying this game as they are very different beasts
Re: Transformers Deck-Building Game Now Available For Pre-order (2104866)
Posted by UltraMarginal on May 19th, 2021 @ 5:13am CDT
This looks very nice, I'd love to order it from their site so I could get the Jazz card (my favourite character) but they only ship to the USA and Puerto Rico.

bummer. Hopefully they make the bonus set available through other avenues overseas.
Re: Transformers Deck-Building Game Now Available For Pre-order (2106303)
Posted by TannerMartin on June 2nd, 2021 @ 2:39pm CDT
Its interesting, thanks!