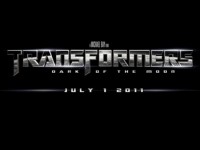 This kind of came in under the radar. Back in January a member of Director Michael Bay's Shoot for the Edit forums by the name of EastwoodClinton mentioned an AKP article that stated Transformers DOTM would be filming in Cambodia in February. Cambodia's Minister of Information Khieu Kanharith even stated via facebook that he had given the "green light" for filming in the second week of February. Since then there's basically been no information regarding the rumored filming in Cambodia until this video was discovered on YouTube. The video shows a film crew at Cambodia's Angkor Wat Temple. The video is labeled "Transformer 3 - Dark side of the moon - took shot in Cambodia" and you can hear one of the onlookers mention "Transformers 3". None of the cast or vehicles are seen in the video, the only real action is a boom crane navigating over the complex. The YouTube member who posted the video commented that they filmed there all day. The AKP article mentioned earlier states they would also be filming at Bokor Hill Station in southern Cambodia.


The video is embedded below. Feel free to speculate away in the Energon Pub.

Posted 3 days ago
News Categories: Toy News, Movie Related News, Cartoon News, Comic Book News, Site News, Rumors, Event News, Digital Media News, Collectables, Game News, Sponsor News, Site Articles, Store News, Company News, People News, Press Releases, Sightings, Reviews, Unlicensed Products News, Auctions, Transtopia, Interviews, Knock Offs, Collector's Club News, Editorials, Heavy Metal War, Podcast, Contests, Book News, Top Lists
Click here to post your comment about this news story!
Re: Transformers DOTM Filming in Cambodia? (1196022)
Posted by Bumblevivisector on March 16th, 2011 @ 8:59pm CDT
I'll go out on a limb and guess the scene will just be part of a brief montage showing 'The-Ominous-Shadow-Of-The-Big-Bad' falling over landmarks around the world. Nothing against those particular ruins, but they're nowhere near as iconic as the pyramids, so I can't see them gettin' blowed-up for emotional impact.
Re: Transformers DOTM Filming in Cambodia? (1196066)
Posted by YRQRM0 on March 16th, 2011 @ 11:06pm CDT
Seeing as they're filming nothing, looks like a breif shot of some TFs flying, walking around, blowing stuff up, or some kind of taking over the world montage, like the "Decepticons mobilize" type thing. Probably nothing too important. Or, maybe something HUGELY important, and that's why we hardly knew about it

Or Megatron hiding and healing his wounds?
(Nah, it's stupid. Never mind)