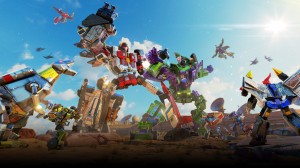 And after the news we reported on with the new Transformers: Earth Wars trailer featuring combiners Devastator and Superion (see here), and the new VIP event over the weekend (covered here), we also have the official press release from Hasbro spotlighting the big bots arriving in the Space Ape mobile game! We also have another look at the trailer, and some extra images of the two new arrivals for the Autobot and Decepticon teams. Check it all out below!

Not all bots have the power to combine as these super-sized Combiners are robots formed by teams of five or more designated component bots. The landscape of the battlefield will change as players race to build these new characters and leverage their unique powers and abilities. Along with the new characters, the update will introduce new resources, buildings, and the Combiners themselves in a new campaign based on the first chapter in the Prime Wars Trilogy, Combiner Wars.

“Bringing Combiners into the game was a goal throughout development, and we couldn’t be more excited to have achieved this milestone for Transformers fans,” said Mark Blecher, Senior Vice President, Digital Gaming and Corporate Development at Hasbro. “Combiners bring another level of authenticity to the game and a whole new mission for the player to collect, combine and battle at a new level.”

TRANSFORMERS: EARTH WARS launched in June 2016 topping charts and building a player base of six million downloads. Published by Backflip Studios and developed by Space Ape Games, the game breaks new ground for the genre, pairing authentic Transformers storytelling with fast-paced gameplay, beautiful 3D animation and hundreds of characters with diverse strengths and abilities. The game also features notable storytellers and voice actors from the Transformers franchise, including voice acting from Peter Cullen, the original voice of Optimus Prime, and Frank Welker, the original voice of Megatron.

TRANSFORMERS: EARTH WARS is FREE to download, features in-game purchases, and is available on Android and iOS devices worldwide, except in Mainland China. Please note that a Wi-Fi connection is required to play.

Hasbro (NASDAQ: HAS) is a global play and entertainment company committed to Creating the World's Best Play Experiences. From toys and games to television, movies, digital gaming and consumer products, Hasbro offers a variety of ways for audiences to experience its iconic brands, including NERF, MY LITTLE PONY, TRANSFORMERS, PLAY-DOH, MONOPOLY, LITTLEST PET SHOP and MAGIC: THE GATHERING, as well as premier partner brands. The Company's Hasbro Studios and its film label, Allspark Pictures, are building its brands globally through great storytelling and content on all screens. Through its commitment to corporate social responsibility and philanthropy, Hasbro is helping to make the world a better place for children and their families. Learn more at www.hasbro.com, and follow us on Twitter (@Hasbro & @HasbroNews) and Instagram (@Hasbro).

Backflip Studios develops and publishes absurdly fun mobile games for iOS and Android devices. The company's portfolio of top ranked games includes hit franchises such as DragonVale, Paper Toss and My Little Pony: Puzzle Party which have been downloaded over 400 million times. The company is based in Boulder, Colorado. Hasbro, Inc. (NASDAQ: HAS) has a majority ownership stake in Backflip Studios.

Founded in 2012, Space Ape Games is a mobile games studio based in Central London made up of games veterans and key people behind the biggest gaming companies and the biggest social games on the web. Space Ape's hit strategy games Rival Kingdoms and Samurai Siege, available on iOS and Android devices, are played by more than 20 million players worldwide. Space Ape Games won the 2015 TIGA Award for Best Independent Studio and for Game of the Year for Rival Kingdoms, plus the 2014 Develop Award for Best New Studio and the 2015 Develop Award for Best Independent Studio For more information, visit www.spaceapegames.com.

Re: Transformers: Earth Wars Combine Wars with Devastator and Superion Update Press Release (1840551)
Posted by ctrlFrequency on November 11th, 2016 @ 9:50am CST
Found something I was working on back at the end of August... (I never finished it because the Seibs Bot alliance started up again, and I couldn't come up with a good rhyme for idiotic that would fit in context)

It was quiet evening up in the Seibertron HQ
All of the Alliance had gathered in the common room
Even the ones from Seibertron II (say it, it rhymes!)

Despite the stillness came a loud boom
"Get out here, CF!" Loudly yelled Burn
While That Bot went off to get a broom (the HQ is now a mess!)

"It's time for a story, it's my turn.
I'll tell you about a Seibertron for Autobots."
Burn muttered, waiting for Bot to return

"A Seibertron for Autobots?" Said Shauyun. "I think nots!" (Because Shauyaun would totally say that)
"They don't exist!" Quipped in Galaxy Prime.
And all the young Cons nodded lots.

Burn shook his head. "Then this is at the right time.
A long time ago there was another Seibertron.
An Autobot one, they aligned with the Prime."

"It's true they refused to join the side of the Cons,
Instead had a emblem that glowed all in red.
They had some great commanders, even one named Cobotron."

"He's lying!" Yelled ctrl "you're being mislead!"
Then a thump and a bump, Burn rolled his optics.
BDizz then entered followed by ctrl rubbing her head.

"Shaddup let me finish," Burn muttered before it got idiotic.
"They haven't been heard from in what seems like ages,
In fact one might think [idiotic is a tough word to rhyme!]
Re: Transformers: Earth Wars Combine Wars with Devastator and Superion Update Press Release (1840608)
Posted by ThunderThruster on November 11th, 2016 @ 3:08pm CST

Alpha! a-ah
savior of Earth Wars
Alpha! a-ah
he'll save everyone of us
Re: Transformers: Earth Wars Combine Wars with Devastator and Superion Update Press Release (1840762)
Posted by Va'al on November 12th, 2016 @ 3:34pm CST
Some news for the weekend concerning Space Ape Games, the developers of the Transformers: Earth Wars mobile game - and it looks like they have won the 2016 edition of The Independent Game Awards (TIGA)! The shortlist for the Strategy included the likes of Insane Robots and Total War: Warhammer, and can be seen below. Congratulations to the team!


The TIGA Awards are the only awards ceremony in the games industry that recognise:

creative, technological and business brilliance in games businesses of all sizes;
excellent games developed by studios from small, medium and large studios;
the vital role of service providers;
the critical contribution of educational providers and
raise money for our charity partner, SpecialEffect.

The TIGA Awards attract hundreds of entries from all over the world, generate hundreds of positive media citations and attract significant public interest.
The 2016 TIGA Games Industry Awards will take place in November at a prestigious venue in London. WHEN DID SKRAPNEL GET THIS WIDE A RADIUS WHAT IS GOING ON
Re: Transformers: Earth Wars Combine Wars with Devastator and Superion Update Press Release (1841564)
Posted by Burn on November 16th, 2016 @ 5:01pm CST 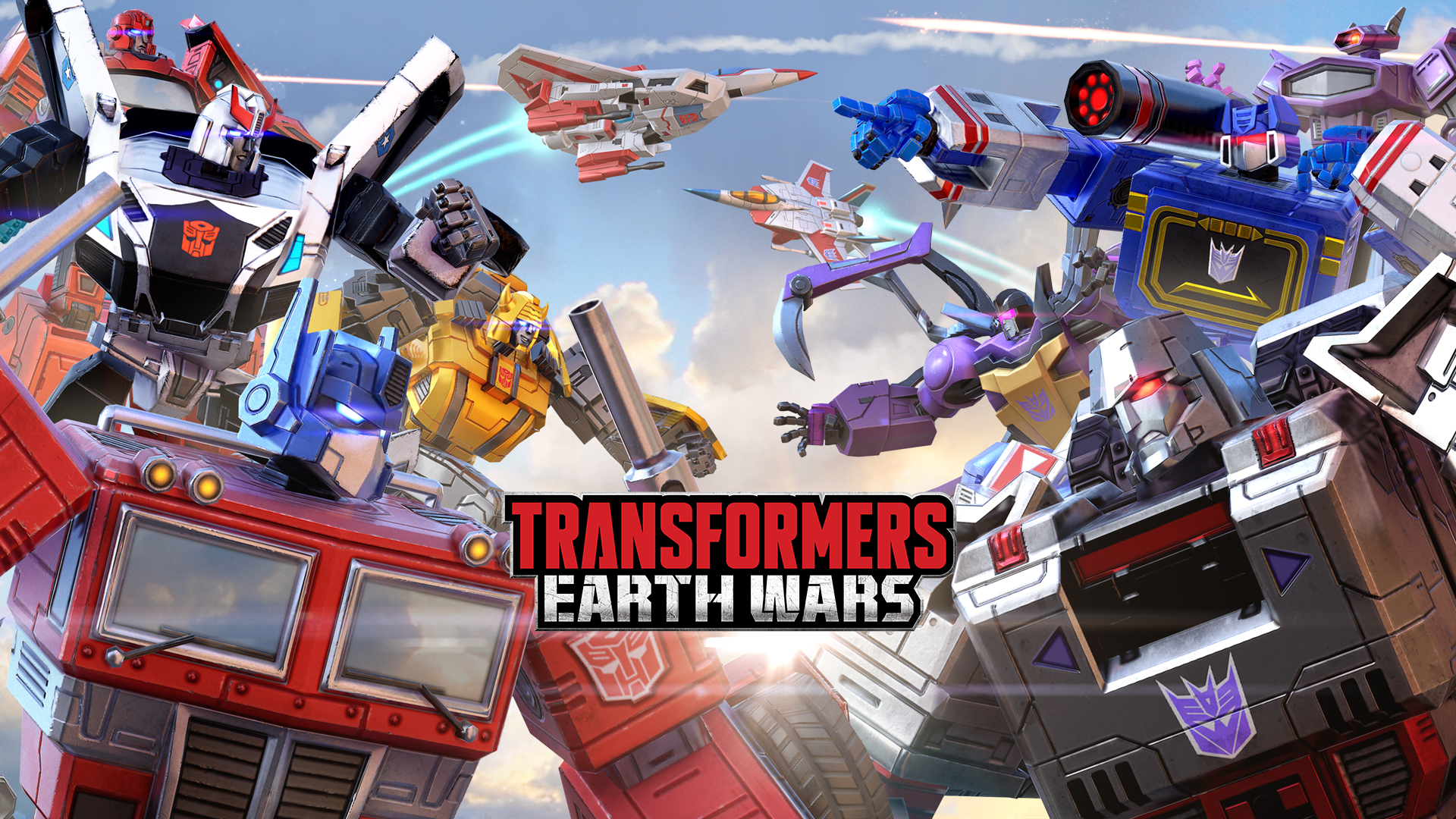 The clock is ticking and resources are scarce. Battle in this weekend’s event for valuable resources to recover before the next Combiner attack!

Cratered and burned, the battlefields lay silent after the devastation brought by the Combiners.

Slowly, the conflict reignites, as bots on both sides scavenge the area for easy pickings. 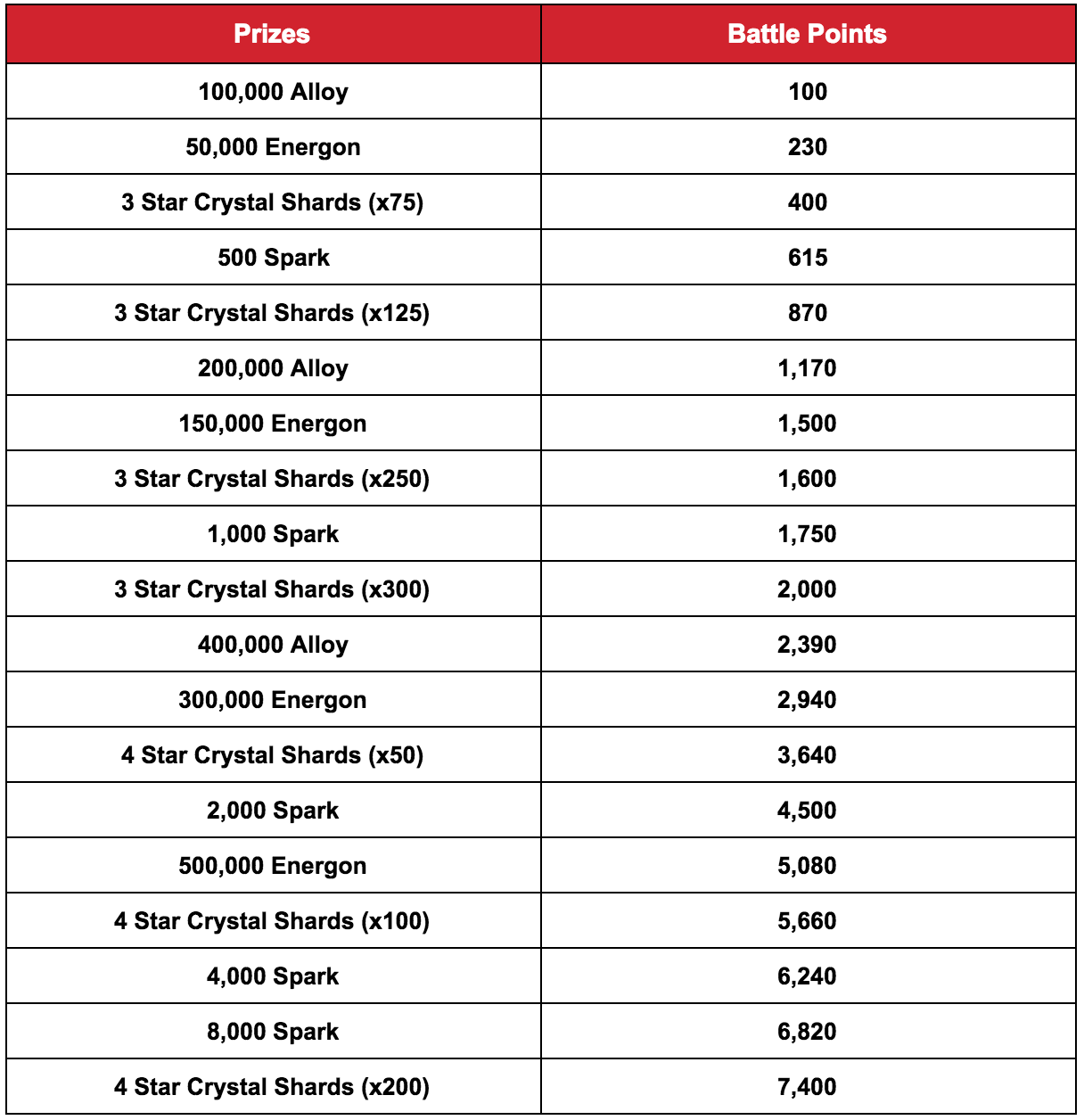 Combiners Abilities
Get a closer look at Superion and Devastator's on the battlefield as Deb and Adam take a look at the Combiners’ abilities! 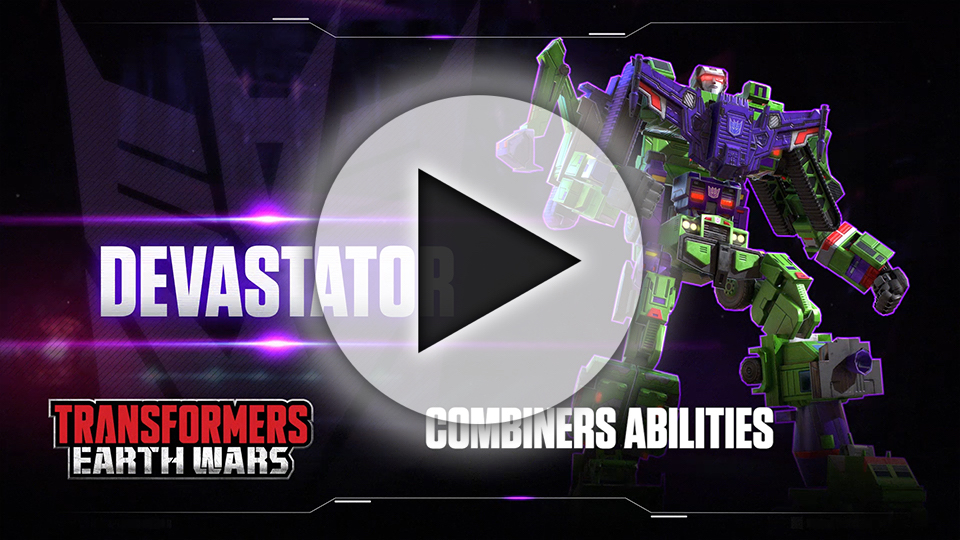 Join SpaceApe on Thursday November 17th @ 5PM UTC as they take a first look at this weekend’s event! Plus your replays, tell them about your best attacks, and if they show your replay, win a prize!

Become a VIP member, have signed up for their mailing list, or know someone at SpaceApe.
Re: Transformers: Earth Wars Combine Wars with Devastator and Superion Update Press Release (1841867)
Posted by Samkesh on November 18th, 2016 @ 3:21am CST

Thanks.
Re: Transformers: Earth Wars Combine Wars with Devastator and Superion Update Press Release (1841965)
Posted by Burn on November 18th, 2016 @ 2:16pm CST
eh, screw it. I was going to be selective about these but as it turns out, I don't like a lot of people.

Burn wrote:eh, screw it. I was going to be selective about these but as it turns out, I don't like a lot of people.

Kurona wrote:I just one-shot a Strafe with Galvatron's Fusion Beam. He still done his attack but hoo boy, did that OHKO feel good

Burn wrote:eh, screw it. I was going to be selective about these but as it turns out, I don't like a lot of people.

Thank u BURN sama. The code gave me four new 2* . And some of my fren got 3*. We r very grateful to u. Alliance THE FALLEN. HOPE To get more such loot codes from u. I m now busy upgrading my newly received bots. I got scourge my one of awaited bots. Also got mixmaster 2* . Thank once again on behalf of our alliance the fallen. We r forever grateful to u.
Re: Transformers: Earth Wars Combine Wars with Devastator and Superion Update Press Release (1842266)
Posted by Samkesh on November 20th, 2016 @ 6:11am CST
Who u think they will bring next as combiner. Bruticus ? Hehe . And what are the criteria to b in VIP program. Is it by invite or u. Apply. I wanna strengthen my team. So much love this game. But sad part our country don't allow electronic transactions over internet. How I wish to buy cyber coins to get two or three more build bots. The build bot bundle I drool always. Have been saving but the character crystals make me weak . Lost 1800 on soundwave. And no soundwave. Got 2* bludgeon starscream and 3*mixmaster.well mixmaster was good for me. But the loot codes provided by Burn was more than welcome.hehe . Hope to get more . And I m still thankfull to him.
Click here to view additional comments about this topic at the Energon Pub Forums ...