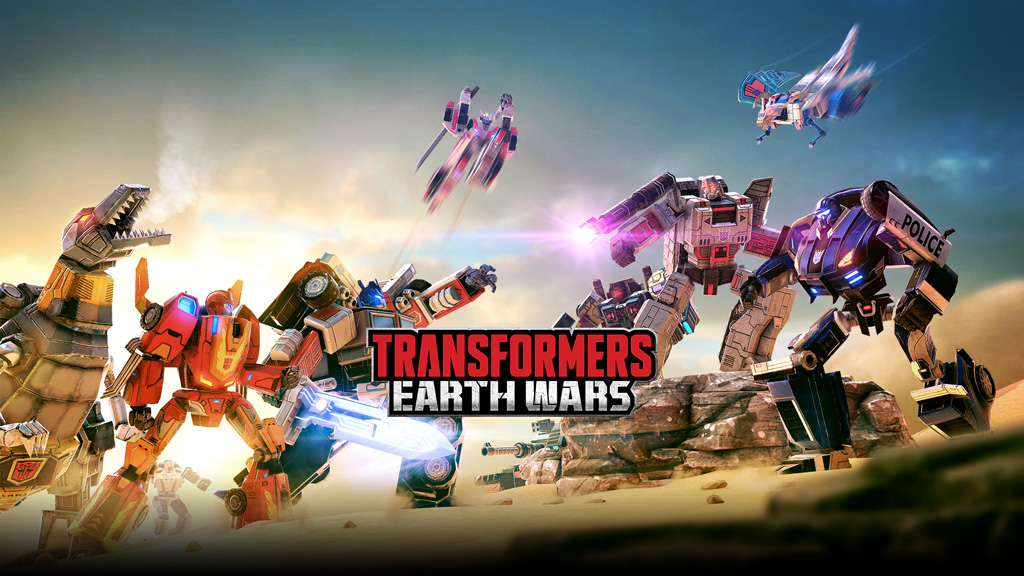 Witness the beginning of the Multiverse saga this weekend and earn Resources, Spark, and Crystal Shards!

Yet again, Shockwave’s mind is set on a discovery that could change the nature of Earth Wars forever. His latest invention? An experimental Space Bridge modification that allows the Decepticons to access their allies from countless alternate realities. With infinite possibilities, the ‘cons are all but sure to secure their supremacy!

And yet, to Swindle, a scientific breakthrough is nothing but a glowing opportunity... 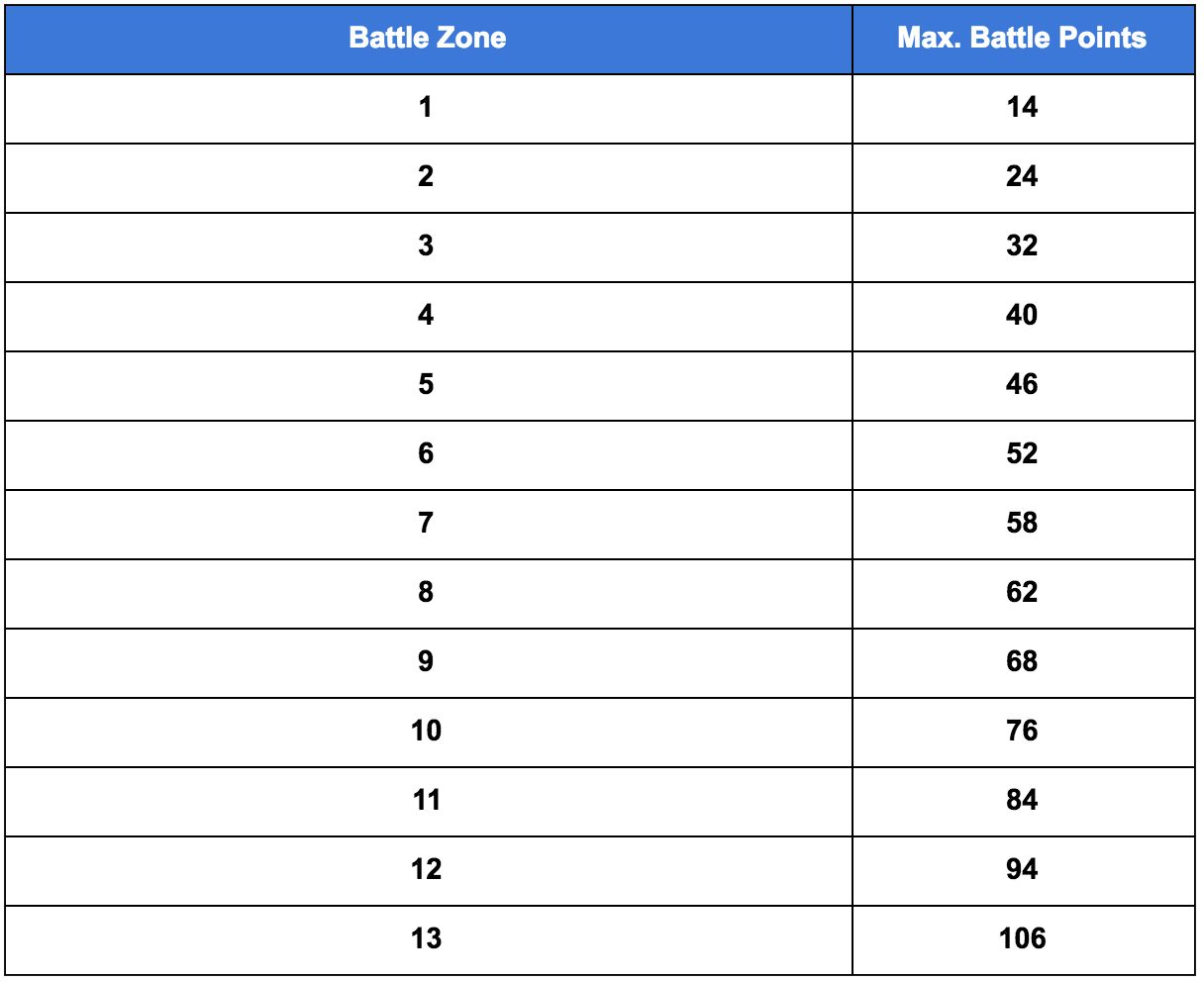 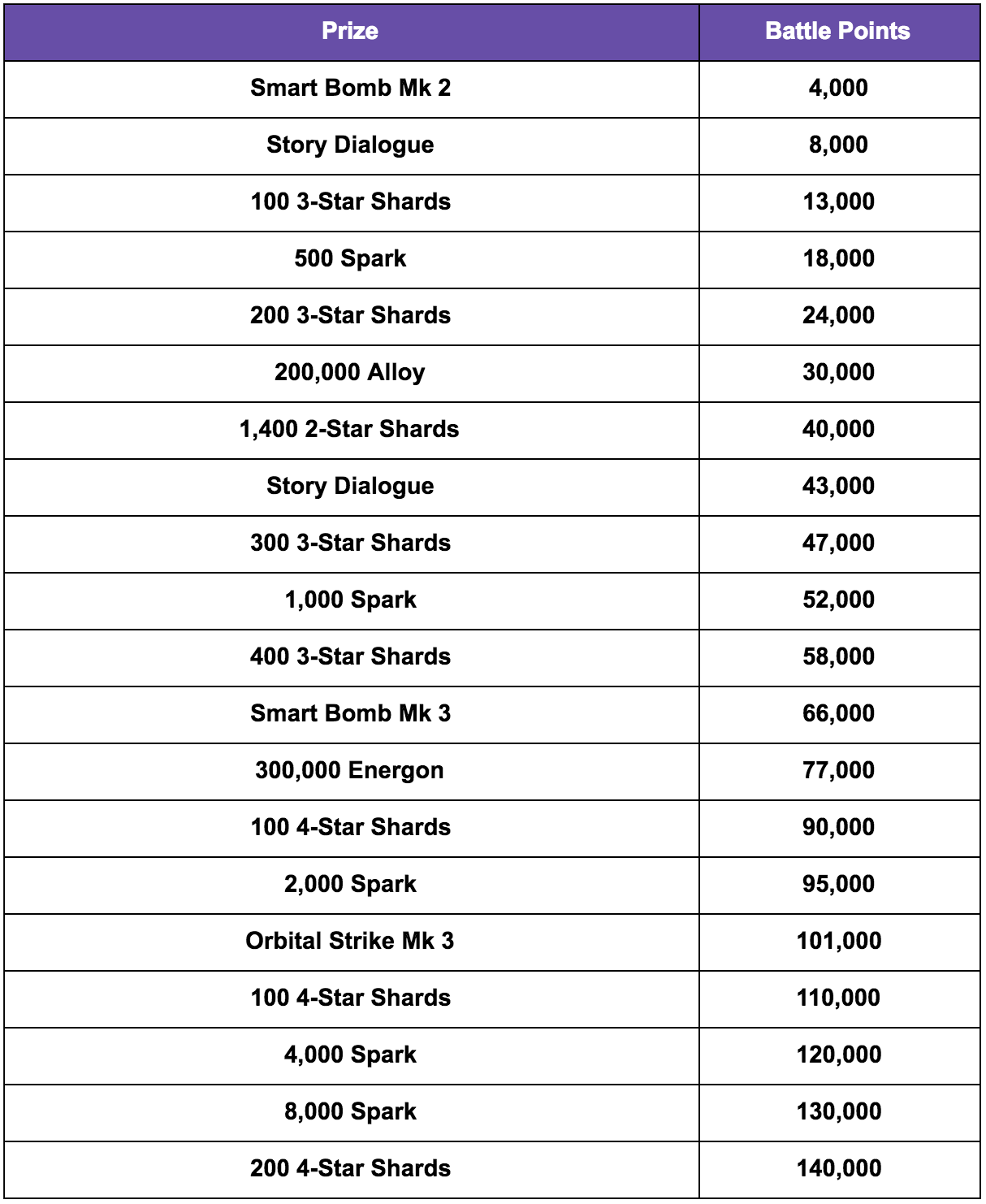 Lights, camera, action! Tune in on Thursday 8th June @ 4pm UTC as we kick off the Multiverse saga, featuring some of your favourite bots from the big screen.Follow us on Twitch

TRANSFORMERS and all related characters are trademarks of Hasbro and are used with permission.
© 2015 Hasbro. All Rights Reserved.

Transformers: Earth Wars, the real-time combat strategy game, has surpassed 10 million downloads just in time for its first anniversary. The game, available now as a free download on iOS and Android, is published by Backflip Studios (DragonVale, Ninjump, Paper Toss) and developed by Space Ape Games (Fastlane: Road to Revenge, Rival Kingdoms, Samurai Siege). To celebrate this exciting milestone, Space Ape today released a retrospective video looking back at some of the game’s greatest moments. You can watch and share the video at the following link: https://www.youtube.com/watch?v=dwAajNwmxZY

The 10 million plus fans of Transformers: Earth Wars will also be happy to hear that Space Ape is working on incredible new content designed to celebrate and honor all of the exciting events taking place this month across the Transformers franchise. More information about future updates will be revealed soon.

Transformers: Earth Wars brings the excitement of the battle between Autobots and Decepticons to mobile devices with fast-paced gameplay and beautiful 3D animation, allowing the characters to attack, battle, and change right before a player’s eyes. Using authentic storytellers and voice actors from the original franchise, Transformers: Earth Wars enables players to interact with other Transformers fans, as well as millions of people around the world who enjoy real-time combat strategy games.

Another Chapter of the Multiverse Saga unveils with the clash between Drift and Barricade. Will honour prevail over mockery? Or can words be stronger than will?

Driven by honor and a desire to prove worthy to the Autobots cause, Drift agrees to dive into the unknown, hoping to stop the Decepticons from breaking the natural order of the Multiverse.

Fast in tongue and wheels, Barricade is one step ahead, already looking for Cybertronians willing to join Megatron and fulfill his lust for Earthly conquest.

What kind of lawless, chaotic universes awaits these two? And what kind of unthinkable powers can their potential recruits hold?

How to Participate?
Event Battle Zones 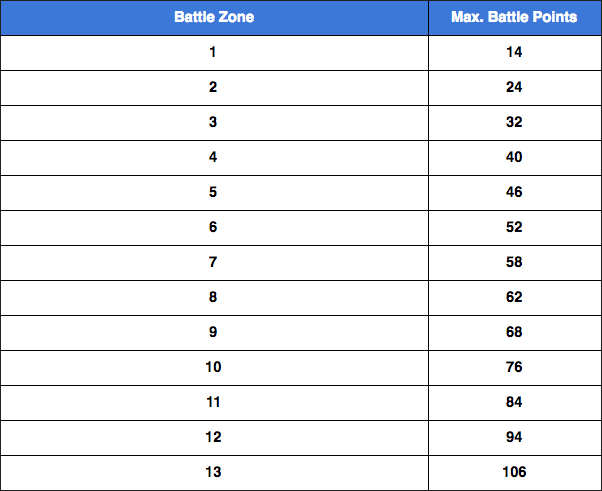 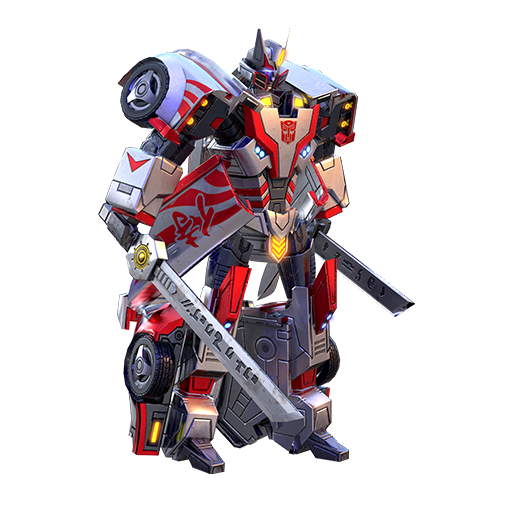 A warrior-born, Drift abandoned his former ruthless ways, exchanged his guns for swords, and became a crusader for justice – albeit his own brand of rough justice. Because of Drift’s shady past, his new Autobot allies are slow to trust him and despite his loner attitude.

Drift suffers in isolation, but never stops trying to prove his worth, and trustworthiness. His Great Sword draws on his own Spark energy. 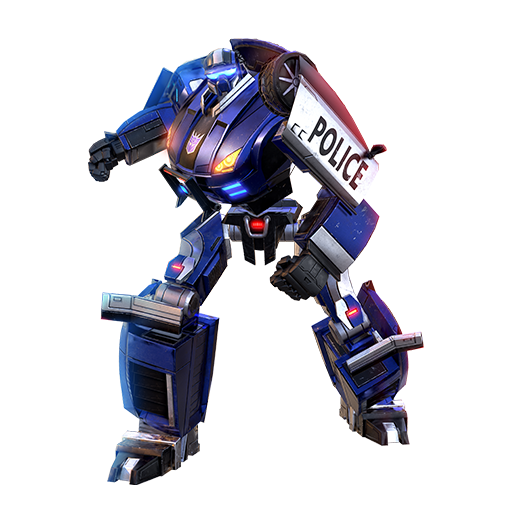 Barricade has something of a motor-mouth, and whether it’s smashing through an Autobot roadblock or hunting down his quarry, he never misses a chance to taunt, criticize or demoralize his hapless victim(s).Even his fellow Decepticons, up to and including Megatron, aren’t safe from Barricade’s verbal barrage. But luckily for Barricade, Megatron understands the tactic is designed to


bait his enemies into rash and irrational behavior.

It’s Week Three of the MULTIVERSE SAGA! And to celebrate the release ofDRIFT & BARRICADE we’re all going to the cinema!

Catch us LIVE on Thursday June 22 @ 3:30pm UTC out and about in London on our way to the movies! Plus, we’ll take a look at this week’s winner of Direct the Dialogue 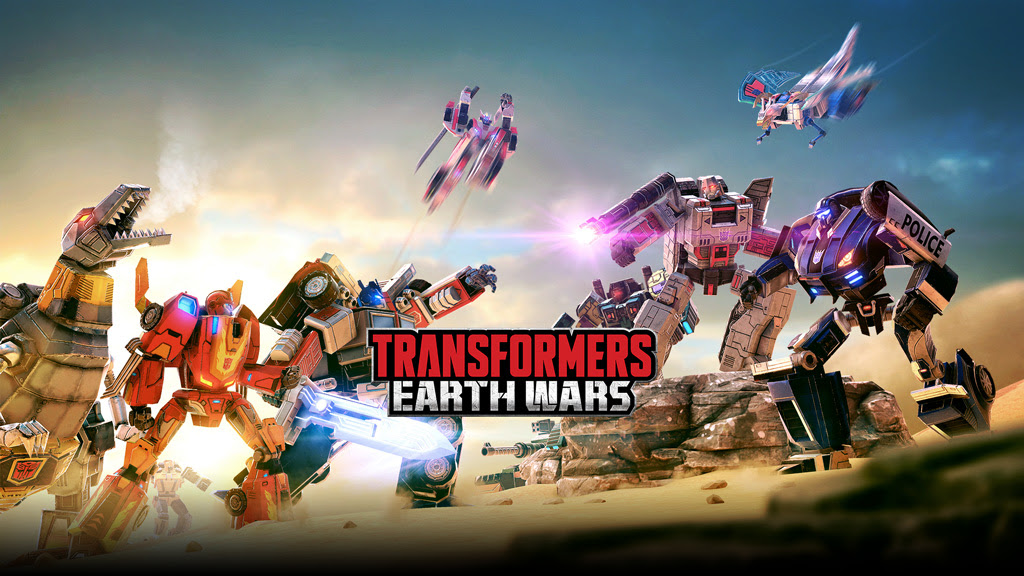 The Multiverse Saga continues with its penultimate entry, and Starscream has dispatched Hun-Gurrr to sabotage Barricade’s mission in an attempt to recruit new found Decepticons for his own ends!

The Multiverse is vast and yet Drift & Barricade find themselves together, head to head, spiralling through time and space, on a mission to recruit allies for the battle on Earth!

Barricade has identified his first problem and if the old adage, ‘two heads are better than one’ rings true then he’s in trouble. Yes, Hun-Gurrr is along for the ride too, sent byStarscream to ensure Barricade’s failure. But Hun-Gurrr doesn’t appear to be enjoying the cross-dimensional travel…. 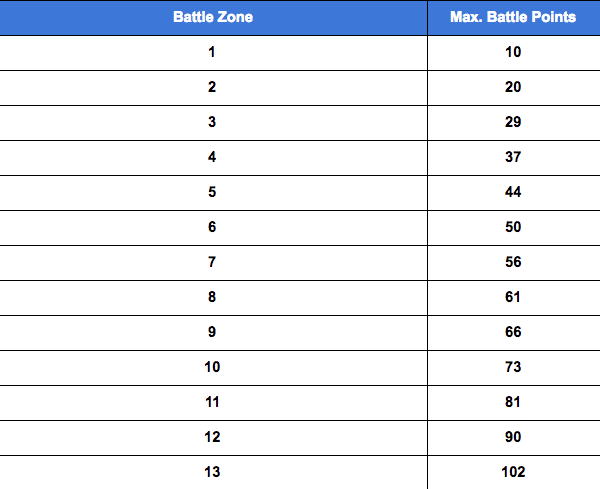 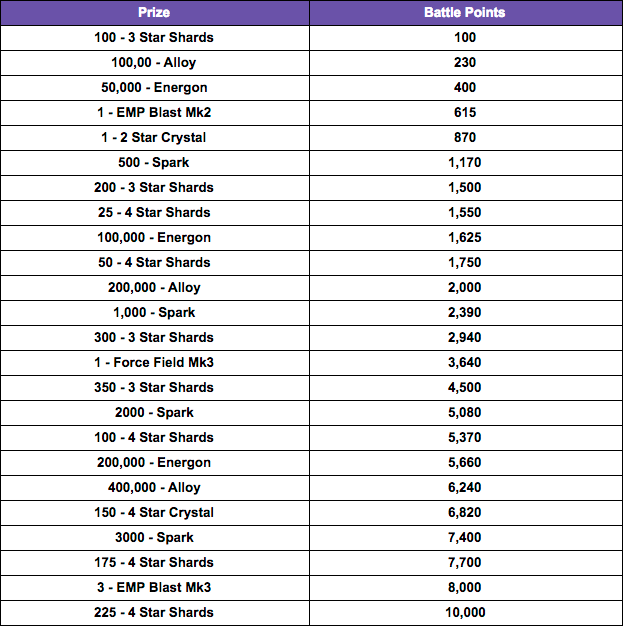 
Our art team have been hard at work on these awesome, exclusive avatars, just for you! We'll be releasing various avatars over the coming weeks, so watch this space.

First up, we have the fearsome Sharkticon Gnaw for both factions, the idealistic leader Optimus Prime, and the intimidating and merciless Megatron.

Get in the game and check them out June 29th! 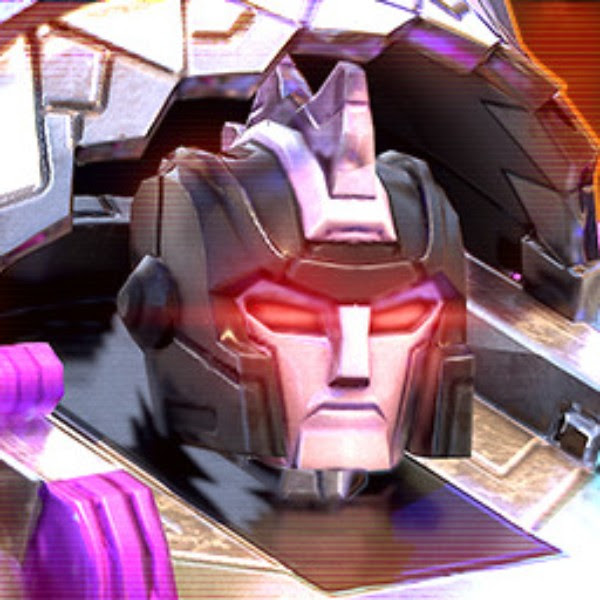 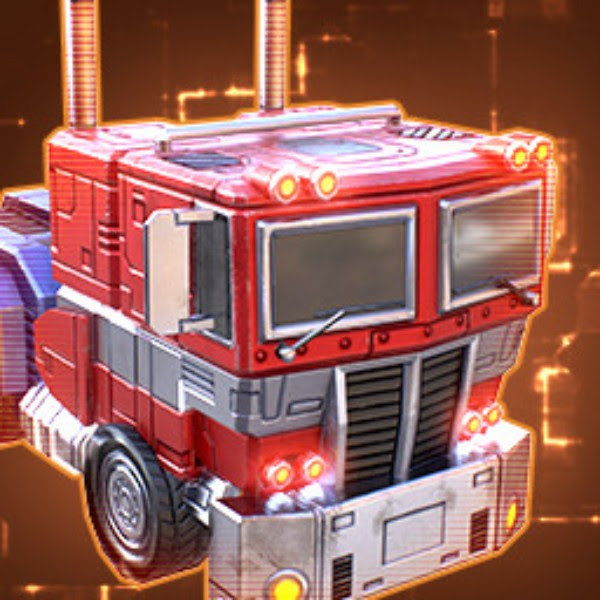 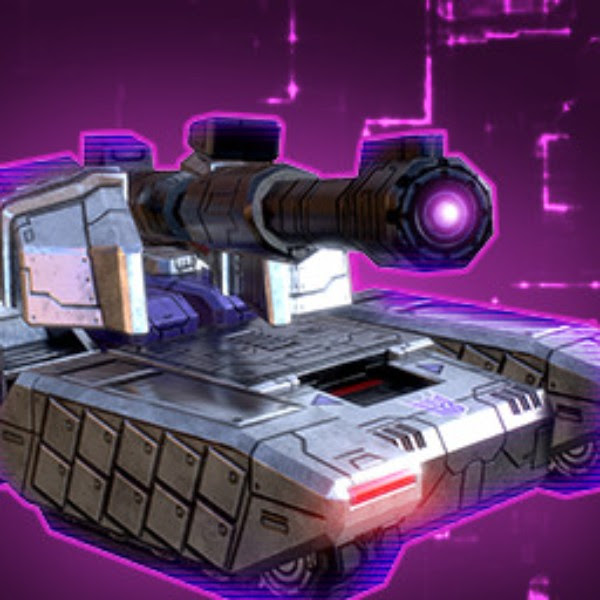 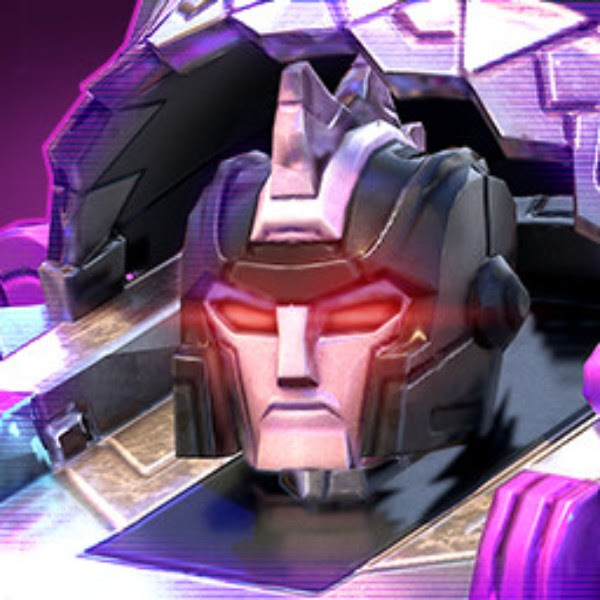 This is a new section to your weekly VIP letter, we hope to give you an insight into some of the issues you've reported.

The 7th deployed bot does not have their Special Ability displayed in battle:

This issue has been fixed, and we anticipate it will be included in the next game update.

We would like to thank you for your time and patience, and if you have any issues to report, please get in touch with us here: support@transformersearthwars.com.Alternatively, you can reach out to us in game via Menu > Community > Contact Support.

Join us on Thursday 29th June @ 4 pm UTC as we venture further into the multiverse saga, we’ll also announce the winner of the 3rd Direct the Dialogue competition!

Snarl and Hun-gurrr continue their mission on Quintessa.

With the danger passed their temporary truce fails. Their missions resume and Death seems inevitable, but who will be the first to fall?

After narrowly avoiding a painful dismemberment and death, the odd duo appreciates each other a bit more. But orders are orders and they both must face their next goal: mission accomplishment at any cost! 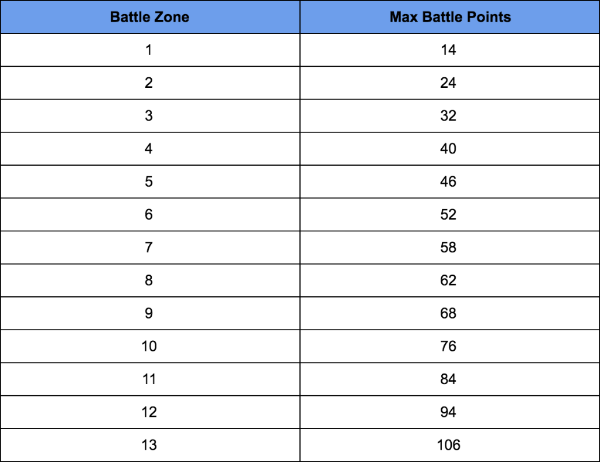 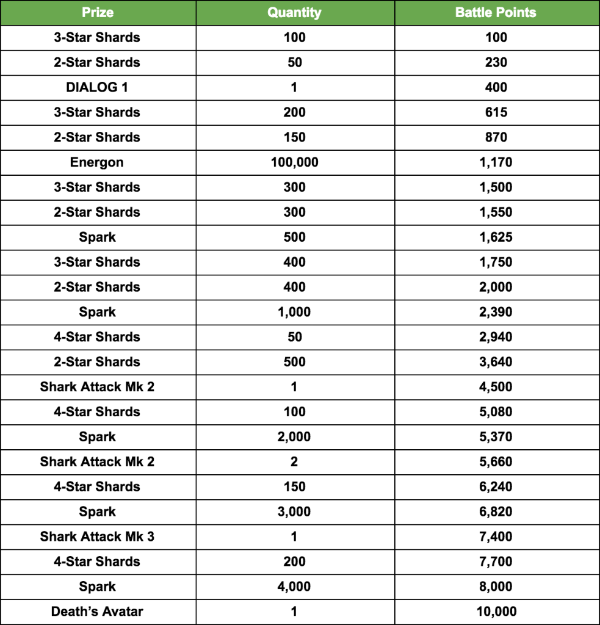 Who are the Quintessons?

Here's a great description from the Transformers Wiki to get you up to speed:

The Quintessons are a bizarre and ancient race, whose dark history and shadowy machinations are bound up with the history of the Transformers, with connections to both Primus and Unicron. They are known galaxy-wide as traders, entrepreneurs and businessmen, but their dealings are very rarely on the level, often laced with intrigue and betrayals.

They prefer subtle manipulation, scheming, and advanced technology over brute force, but if those don't work, they can fall back on the legion of deadly Sharkticons and Allicons at their command and a fleet of battle-ready spaceships as well. However, the Quintessons themselves have zero fighting abilities and are absolute cowards if they have nothing to hide behind. For example, they are seen to be powerless against a Sharkticon revolt.

Here are some of the issues reported that we've been investigating:

Reports are coming in regarding bots having a strange 'snap' transformation animation:

We're looking into this one, and improvements will be coming in an upcoming build.

A Long Way to Home:

A wild roar resonates through the jungles of Quintessa as two beasts trade blows with a single thought in mind: kill or be killed.

The Sharkticons are a distant memory as the tide of battle has shifted to the survival of the fittest between these 2 metal gargantuan's.

Who will emerge victorious to claim a definitive victory? Their missions are in jeopardy and only the strongest will succeed on bringing its master the secrets of Quintessa.

But wait, what’s that commotion in the distance?

How to Participate?Only the top 40 alliance members Battle Point contributions will count towards your Alliance’s Leaderboard score.

Leaderboard Prizes are distributed at the end of the event and may take some time to process and appear. 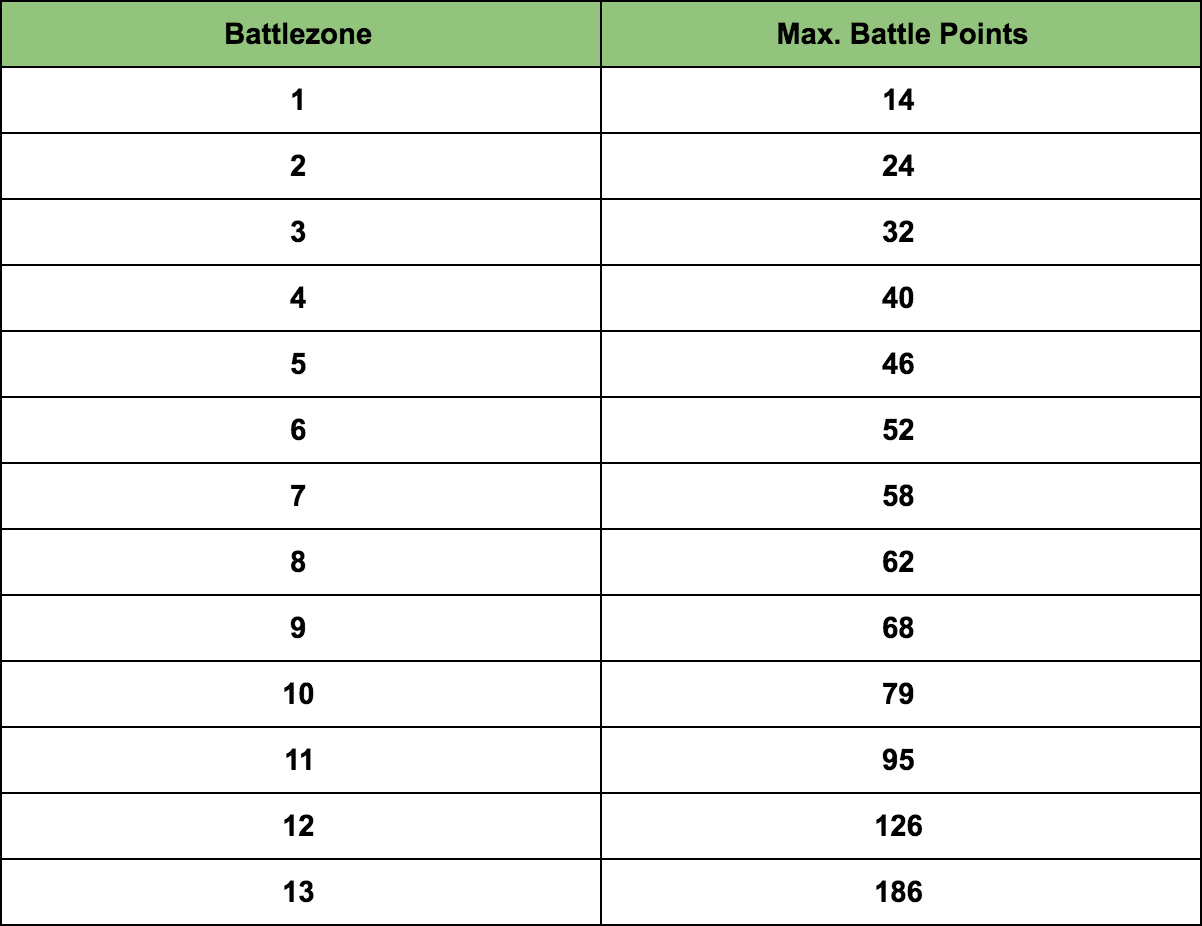 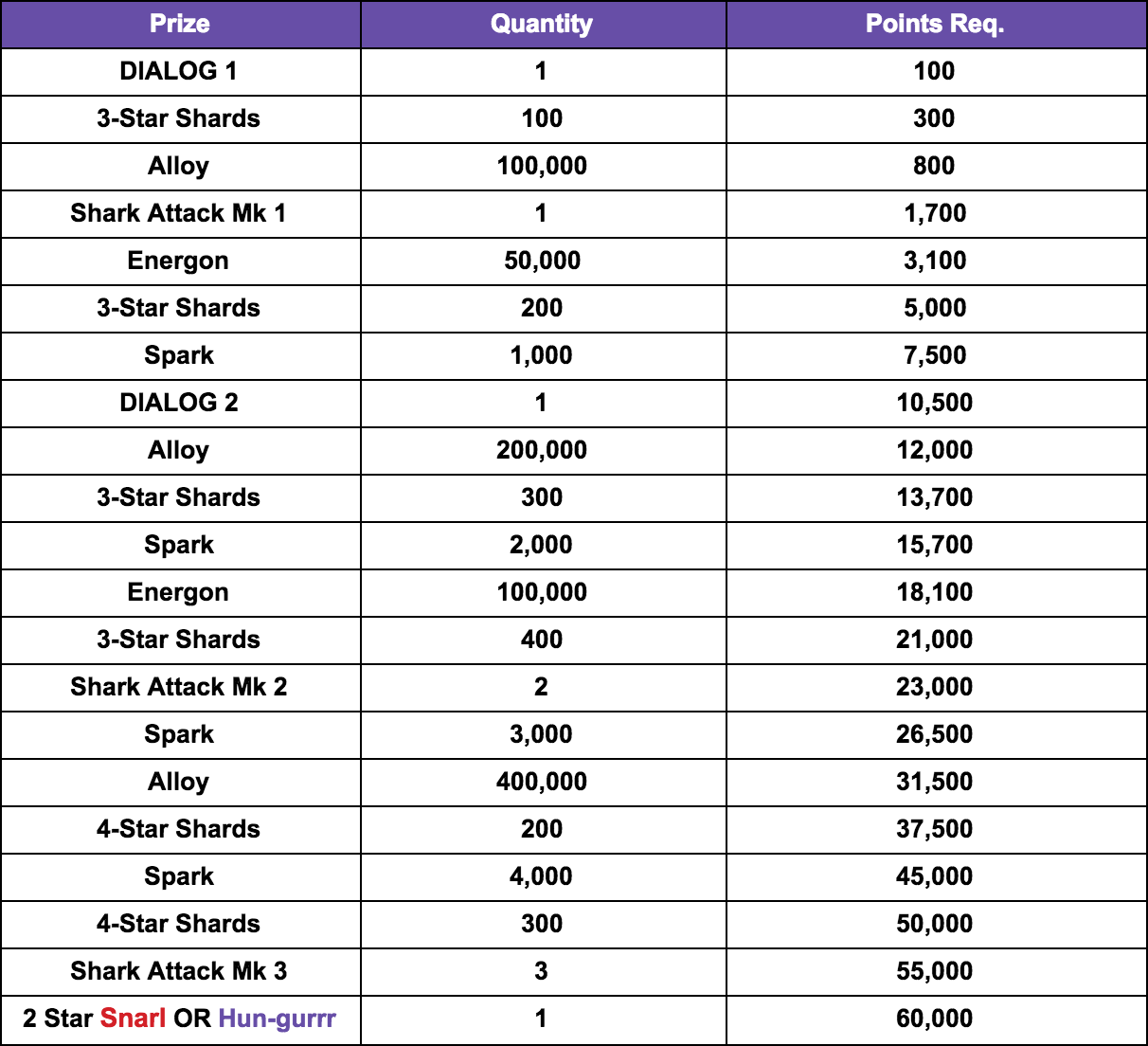 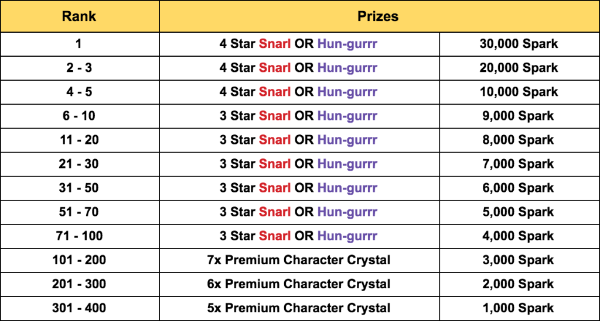 Hun-Gurrr is a creature of appetites. One he fulfils by stuffing his twin mouths with monstrous amounts of energy, raw materials, and fallen Autobots. The other - his love of battle - he sates through wanton destruction and mayhem. As leader of the Terrorcons, he makes an adept military commander, though he tends to issue orders with a full mouth, making him difficult to understand.

Surly and uncommunicative, a loner by nature, Snarl is about as far from a team player as you can get. But in a group comprised of misfits and malcontents, he somehow fits right in. And though he follows orders (grudgingly), what keeps him in line is the promise of mortal combat — and lashings of it. Only the thrill of battle can truly elevate Snarl's spirits andbeing a Dinobot provides everything his heart desires. 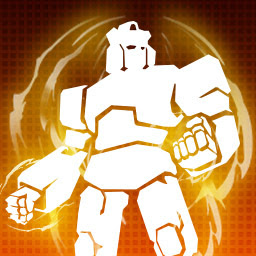 Some of the issues we've been investigating:

We've had further reports regarding squads having 2 of the same bots in them.

This is being investigated further and we hope to have a resolution in an upcoming build.

We would like to thank you for your time and patience, and if you have any issues to report, please get in touch with us here: VIP@transformersearthwars.com. Alternatively, you can reach out to us in game via Menu > Community > Contact Support.

Join us on Thursday, 3rd August @ 4 pm UTC as the Quintessential saga comes to an exciting end. We'll also be showing off the awesome Snarl and Hun-Gurrr!

Soundwave has the perfect plan:This plan is so simple, how could anything go wrong? 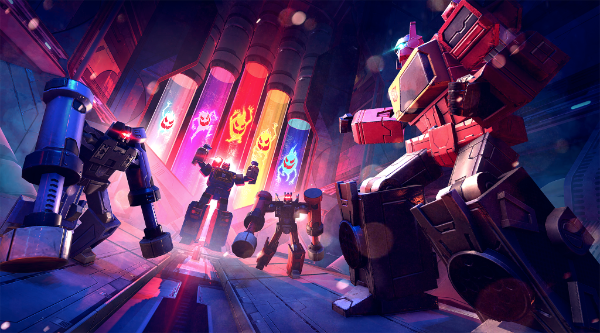 Against all common sense, Soundwave has decided to complete his pursuit of theUltimate Weapon. A weapon so powerful that it will cement Decepticons supremacy for aeons to come!

Convinced by the science and tempted by the power Soundwave will attempt to tame the unpredictable Kremzeeks!

Everyone else seems to understand that this line of research can only end one way...badly... 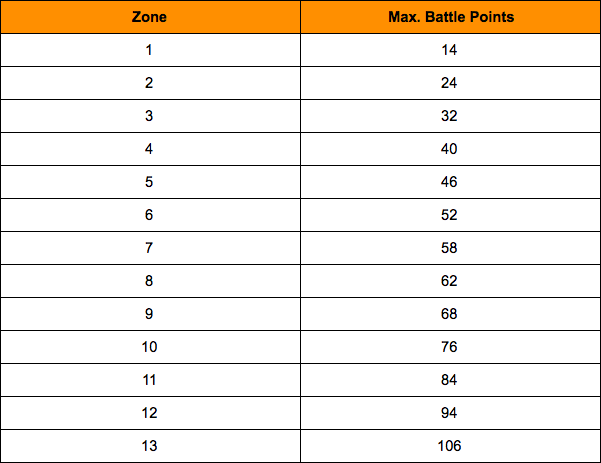 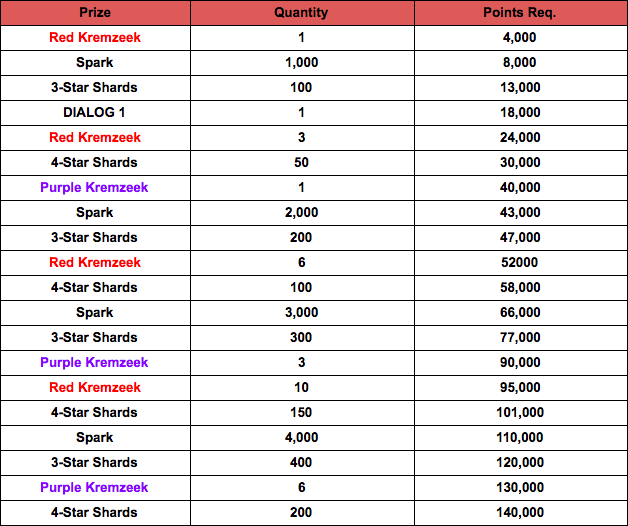 We would like to thank you for your time and patience, and if you have any issues to report, please get in touch with us here: VIP@transformersearthwars.com. Alternatively, you can reach out to us in game via Menu > Community > Contact Support.

King Kuuga wrote:It's so quiet in here.... because all game-related chat has moved to line. Ah well.

King Kuuga wrote:I can pretend to be burn.

You can pretend, but will anyone believe you?
Re: Transformers: Earth Wars VIP Update: Rogue Trader (1903324)
Posted by LiKwid on August 10th, 2017 @ 12:30am CDT
I believe
Click here to view additional comments about this topic at the Energon Pub Forums ...