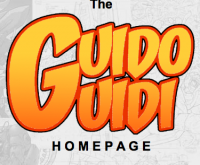 Guido Guidi, popular current Transformers comics artist, has once againg shared another interesting piece of artwork, this again, a work in progress for the manga to be included with the Transformers Generations Book Volume 3, by Million Publishing.

"UPDATED WITH NEW SKETCH
Now you can see the progression (right to left) from sketch, pencils, inks and colors.

Here's a sneak peek from my first japanese commission, a comic strip for the amazing series of books known as TRANSFORMERS GENERATIONS 2009
published in japan by Million Publishing.
You can take a look at their page here: [link]
I'm a huge fan of japanese Transformers (especially the old G1 series) so this is a dream project that became true."

Thanks for sharing that Guido!