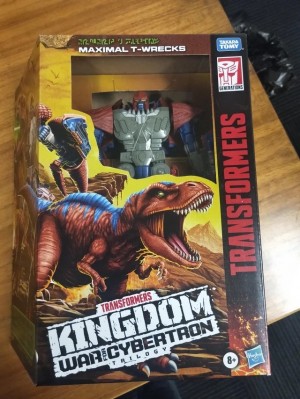 You read that right, a toy that has yet to be officially revealed by Hasbro, T-Wrecks, has been found in stores. If only they had an event to reveal him before he was found but alas. As suspected, he is in Kingdom packaging. This is said to be a Red Card exclusive at Target in the US. It was found at Toyworld in Australia and posted on Reddit. By zooming in, we can see that the sample we saw earlier had the correct head, which is the same as Beast Wars Megatron.

Speaking of toys found in Australia, we also have commander class Rodimus Prime. Transformers Kingdom Rodimus Prime was spotted on the shelves at a Big W store in Miranda. The price was AU$149. That was posted on Twitter. 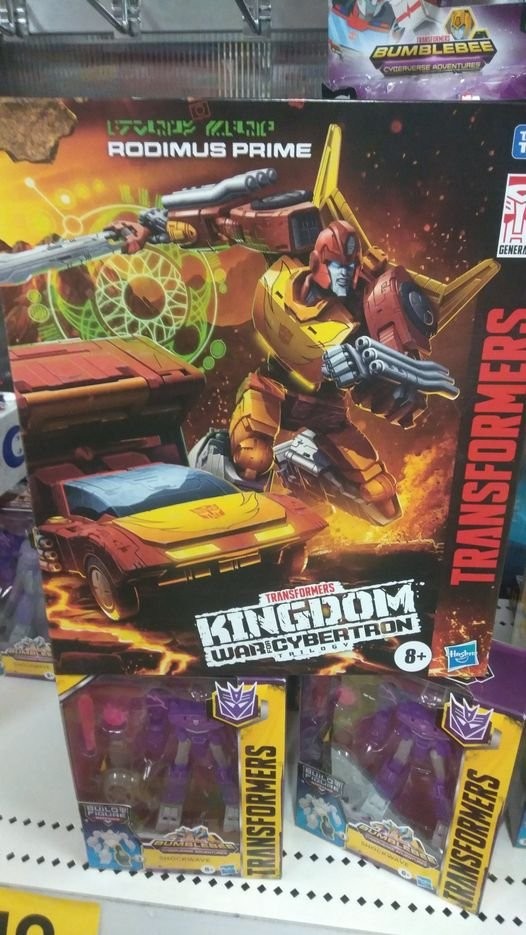 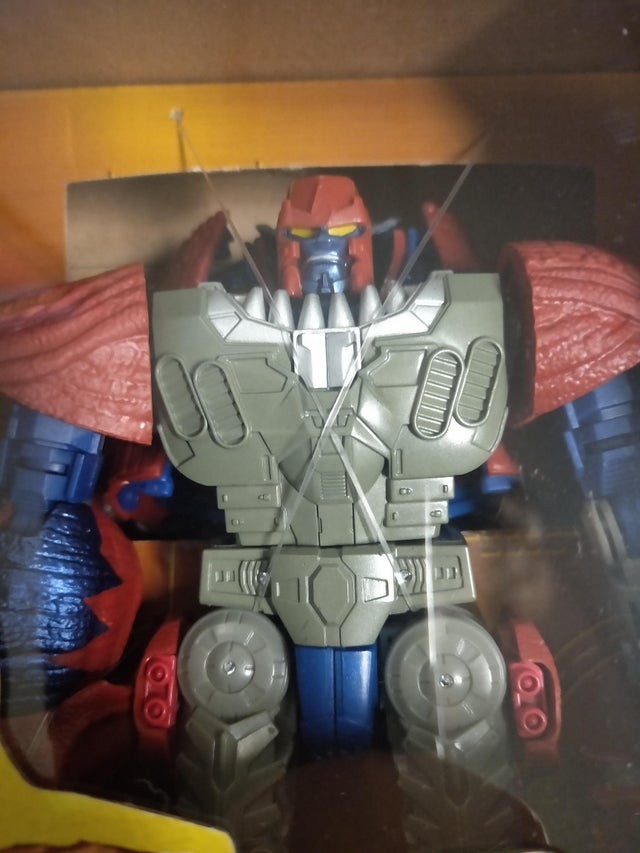 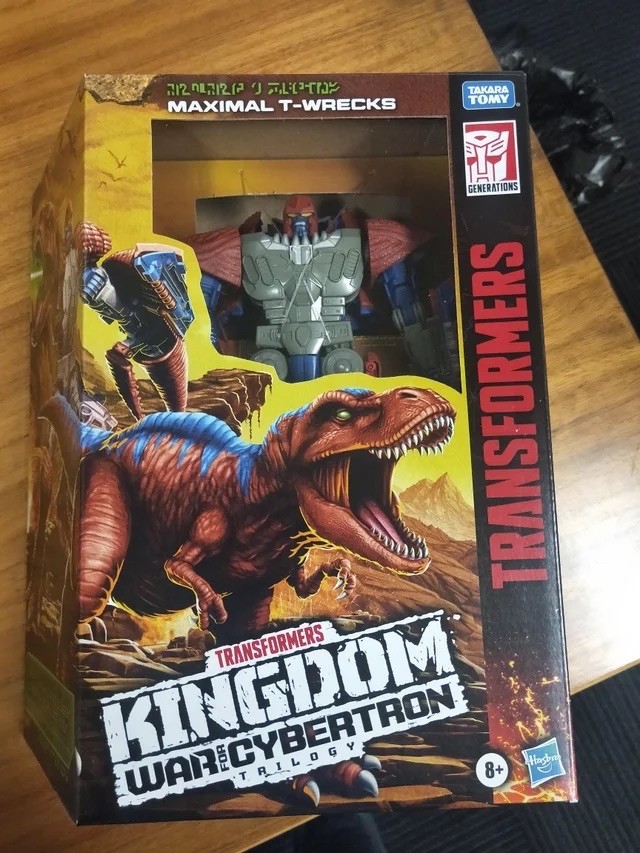