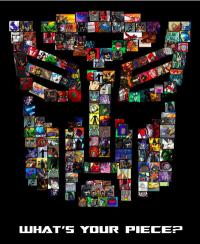 Or maybe that's just me reading way too much into things again.

Also it's nice to see more Seekers like the Rainmakers and that orange and white guy.

Also it's nice to see more Seekers like the Rainmakers and that orange and white guy.

You mean Sunstorm? Eh. He was cool, but I also think he got over-hyped when they actually used him in the comics.

The Rainmakers are a good example of 'just doing my job' Decepticons. They're soldiers and that's it. Even the bit of personifying Acid Storm got is just 'career soldier'.