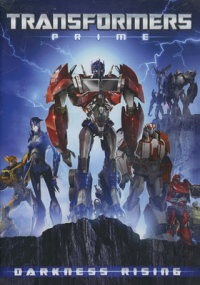 Just like the first release in the U.S. from Shout! Factory, the first release from the new distibution deal by Hasbro and Madman Entertainment will be Transformers Prime: Darkness Rising DVD on June 20 in Australia according to The Fandom Post. Here's hoping for a complete season 1 release soon for our Australian fans.

TRANSFORMERS: PRIME is a bold new CG-animated series, and the latest exciting installment in the Transformers universe. The first DVD volume, ‘Darkness Rising’, contains the first five action-packed episodes of the series, linked together as one 110 minute feature length movie.