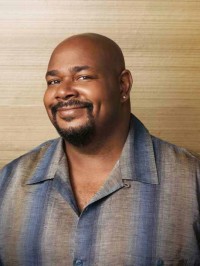 The Transformers facebook page has posted this week's Transformers Prime cast and crew Q&A. This week voice actor Kevin Michael Richardson fields questions from fans. The Q&A session is mirrored below for those of you without facebook access.


Each week, we’re taking questions for the cast and crew of the hit animated series “Transformers Prime” from fans of the official Transformers Facebook page. Check out this week’s Fan Q&A with the voice of Bulkhead, Kevin Michael Richardson!

Kevin Samanta asked: Who inspired you to become a voice acting legend?

KEVIN MICHAEL RICHARDSON: I don't know about calling me a legend. But thanks for saying that Kevin! Honestly there were quite a few early influences. Flip Wilson did a character called Geraldine. Watching him hop in and out of a high-pitched sassy woman's voice and then back into his coarse tone was just phenomenal to me as a kid. Remember the guy who played the Dean in ANIMAL HOUSE? John Vernon had a serious influence on my career. Big voices like James Earl Jones and Sir Lawrence Oliver were obvious examples of guys I looked up to. Then there's the guys I get to work with on PRIME. I mean, you can't beat Peter Cullen and Frank Welker when it comes to inspirations for voice work. Frank and Peter are two legends that I'm blown away by every time I work with them.


Ben Maddison asked: Were you a Transformers fan as a kid and how do you feel about its evolution into the awesome series it is today?

KEVIN MICHAEL RICHARDSON: Yes. I loved watching the cartoon— especially the main title credits. But sadly, didn't get to watch enough of them since I was busy studying at Syracuse University. But even back then, I remember I was always fascinated by Peter Cullen's voice. And now I get to work with him! I'm blown away by this series. It's fantastic that we've been able to reach out to another generation of Transformers fans. I was a big fan of the toys growing up for sure.


Trevor Stairs asked: Do you have a favorite Transformers character outside of the ones involved in Transformers PRIME? And are there any that you could see yourself being the voice of?

KEVIN MICHAEL RICHARDSON: I can't see myself being any other voice than Bulkhead. I mean, there's so many Transformers in the Transformers universe — where do you even start to say which one I'd play? Tough question Trevor! I guess in another universe, and in another lifetime, I would love to be Optimus. But don't hold your breath for that one. Those would be some big shoes to try and fill!


Julia In-Gyong Handschin asked: Big fan of yours, Mr Richardson; I've grown attached to characters you voiced. What's it like to be part of a cast with prominent voice-actors, from legends to rising stars?

KEVIN MICHAEL RICHARDSON: First of all, many thanks to you Julia. That means so much to me. What's it like to be part of this cast with these amazing and gifted voice actors? It's so wild! It's definitely a high-powered cast and certainly one of my favorite shows to work on. But do you know what the best thing is about this cast? These guys are funny. I mean, we are always cracking jokes in between lines. I'm just thankful the producers and directors are cool because it sometimes takes a while to get us all serious about reading our lines. We definitely have a great time!


Yessie Nieves asked: Thank you for being here and let us asks some questions. How much of Bulkhead is you and how much of you is Bulkhead? And what do you think or believe separates your interpretation of Bulkhead from other roles you had done before?

KEVIN MICHAEL RICHARDSON: Well physically, Bulkhead and I are both barrel-chested. We have a similar walk. And I guess I'm a little more lucky, because I can eat and Bulkhead can't! Aside from our shared physical attributes, I do have somewhat of a soft side when it comes to protecting kids. The bond between Miko and Bulkhead is like how I feel about my nieces and nephews. The need to protect them is definitely a similarity. Another thing we definitely have in common is that sometimes I don't always get in on the joke. And sometimes Bulkhead doesn't get in on the joke. We both just shrug and move on just to get the job done.

The biggest difference about playing Bulkhead is that he's a robot. So playing him – especially his protective nature over Miko- is very different from the other roles I've played. He's a powerful Transformer who has never really dealt with humans before, so I have to play with trying to understand what humans are all about and in the meantime create a slow bond with these characters. He's always concerned about Miko the most, so I would say that's what differentiates this role from the others — his vulnerability for Miko.


BIO: Kevin Michael Richardson, known to his friends as KMR, is one of the most renowned voice of artists of our time. His deep voice and love for all things animated make him a fan favorite. But, don’t let his deep voice fool you, KMR is known for his fun-loving antics, sense of humor and devotion to his fans.

Despite being one of the most famous voices of our time, only his most devoted fans recognize this awesome king-sized actor in person. Regardless of having voiced hundreds of animated TV shows, commercials and video game characters his dedication to his craft often keeps him in disguise, not dissimilar to his character BULKHEAD. But, when he does transform you never know what voice is going to come out; some of his voices include Panthro on the new Thundercats, Cleveland JR on The Cleveland Show, Kilowog on The Green Lantern, The Shredder on Tenage Mutant Ninja Turtles, Maurice in The Penguins of Madagascar, Prime 2 in Transformers: Revenge of the Fallen and the list goes on! His work has also been recognized with a nomination for a Daytime Emmy as the voice of The Joker in The Batman series.

If all that was not enough KMR has also sung with some of our generation’s most famous singers. He has had a rap off with Kanye West, chimed in with the cast of Glee, gotten vocal with Harry Connick, Jr and joined in a tune with Seth MacFarlane and Frank Sinatra Jr. accompanied by a 62 piece band.

So, if you cant find KMR locked inside an animation studio, he is probably singing at a karaoke bar with one of his famous friends.

I Would love to meet this guy in person. Bulkhead's been a fav of mine since energon. I liked energon. don't judge me!
(And yes, I know it wasn't him voicing him in energon, snd the character was different in japan, but still...)
Re: Transformers Prime Tuesday Q&A: Bulkhead Voice Actor Kevin Michael Richardson (1340887)
Posted by cannonfodder4000 on January 31st, 2012 @ 6:44pm CST

BeastProwl wrote:Bulkhead's been a fav of mine since energon. I liked energon. don't judge me!
(And yes, I know it wasn't him voicing him in energon, snd the character was different in japan, but still...)

But he's way different from the Bulkhead we know now, like, the name's the only thing they got in common.

I Would love to meet this guy in person. Bulkhead's been a fav of mine since energon. I liked energon. don't judge me!
(And yes, I know it wasn't him voicing him in energon, snd the character was different in japan, but still...)

Oh, but I am judging you. An Energon fan? Have you no standards?
Re: Transformers Prime Tuesday Q&A: Bulkhead Voice Actor Kevin Michael Richardson (1340893)
Posted by all_the_primes on January 31st, 2012 @ 7:02pm CST
So--I wonder how it felt screaming like a little girl?