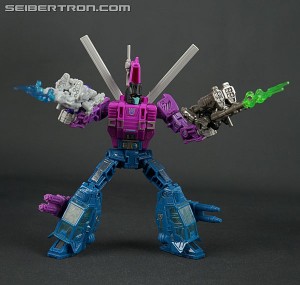 Thanks to fellow Seibertronian Chuckdawg1999, we have a video review of one of the final figures to be released in the Transformers Siege: War for Cybertron line, that of Spinister! Spinister was originally a Double Targetmaster, released in 1988, and this marks the first widely available figure he's had at the Deluxe scale since then. Unfortunately, his double Targetmaster partners, Singe and Hairsplitter Shrute, have been released separately. Singe is being released as a Wave 5 Battle Master, alongside Spinister, but reuniting the trio will cost a little extra- Shrute is only packaged alongside Skywarp, Fracas and Terror-Daxtyl in an Amazon exclusive set.

On to the review! Take it away, Chuck!

As one of the last deluxe class figures released for the Siege line, Spinister has a lot riding on its shoulders. While it's not the best deluxe class figure released it does have a lot of positive things going for it. While the transformation can be a bit fiddly at times it does feature some unique and interesting steps. I think Spinister deserves a place in your collection, especially if you're a fan of those late 80s double Targetmasters.


And while you're debating whether or not to pick up this figure, why not take a gander at Seibertron's own high-resolution galleries of Spinister, by clicking on the picture below? 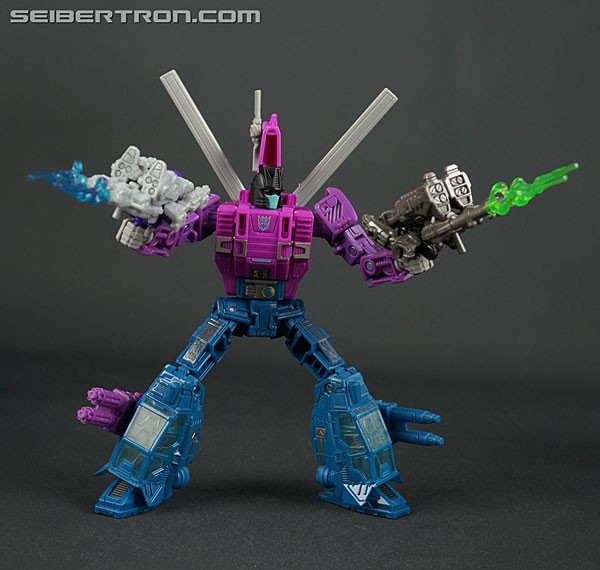 Spinister (and Singe) have been trickling out at retail in the U.S. so check your local retailer to find this figure!