Transformers: The Battle For Kreotron? 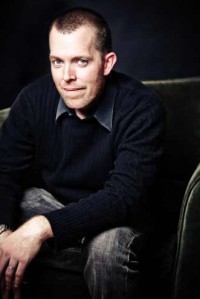 Writer Eric Rogers' AOD profile page has been updated with an interesting little Transformers credit, Tranformers: The Battle For Kreotron. No word on what type of media this could be, commercial, video game, TV special, etc.

Eric Rogers is a television and film writer whose produced credits include Futurama, Transformers: The Battle For Kreotron, Teen Titans Go!, Kick Buttowski: Suburban Daredevil and NYPD Blue. He also writes for Matt Groening's Bongo Comics Group, having scripted over 30 published stories for Futurama Comics, The Simpsons Comics, and Bart Simpson Comics. He is a 2011 Writers Guild of America nominee for Outstanding Animation Script for his work on Futurama, he once appeared on Rock & Roll Jeopardy, and his first paying job was playing the role of "Friedrich" in a dinner theater production of "The Sound Of Music". Yes, that is all true.

Nice that the Kreons come from another planet. A moon orbiting Gobotron maybe?