Paramount Pictures Japan has uploaded a short TV spot as an announcement for an exclusive trailer for Transformers: The Last Knight in Japan.

We posted the TV Spot below which contains updated footage from previous trailers. One of the messages says that "the embargo will life on April 28th". We think this has to do with press releases or interviews with the media. As more information becomes available we will keep you posted.

Exited for TLK? Why not check out some reviews of some of the latest toys in this article!

New screenshot from TLK!
Re: Transformers: The Last Knight Japanese TV Spot (1878607)
Posted by D-Maximal_Primal on May 1st, 2017 @ 4:50pm CDT
Seibertronian EvasionModeBumblebee has let us know that a new still from the Japanese exclusive trailer has made its way to the internet. The image shows Prime, faceplate retracted, with his arm sword deployed with Bumblebee's head in the lower right. It appears as though Prime is trying to resist killing Bumblebee, playing off the scene from the original trailer where Prime went to stab Bee in the head. Check out the image below, and you can find the original video where it came from here 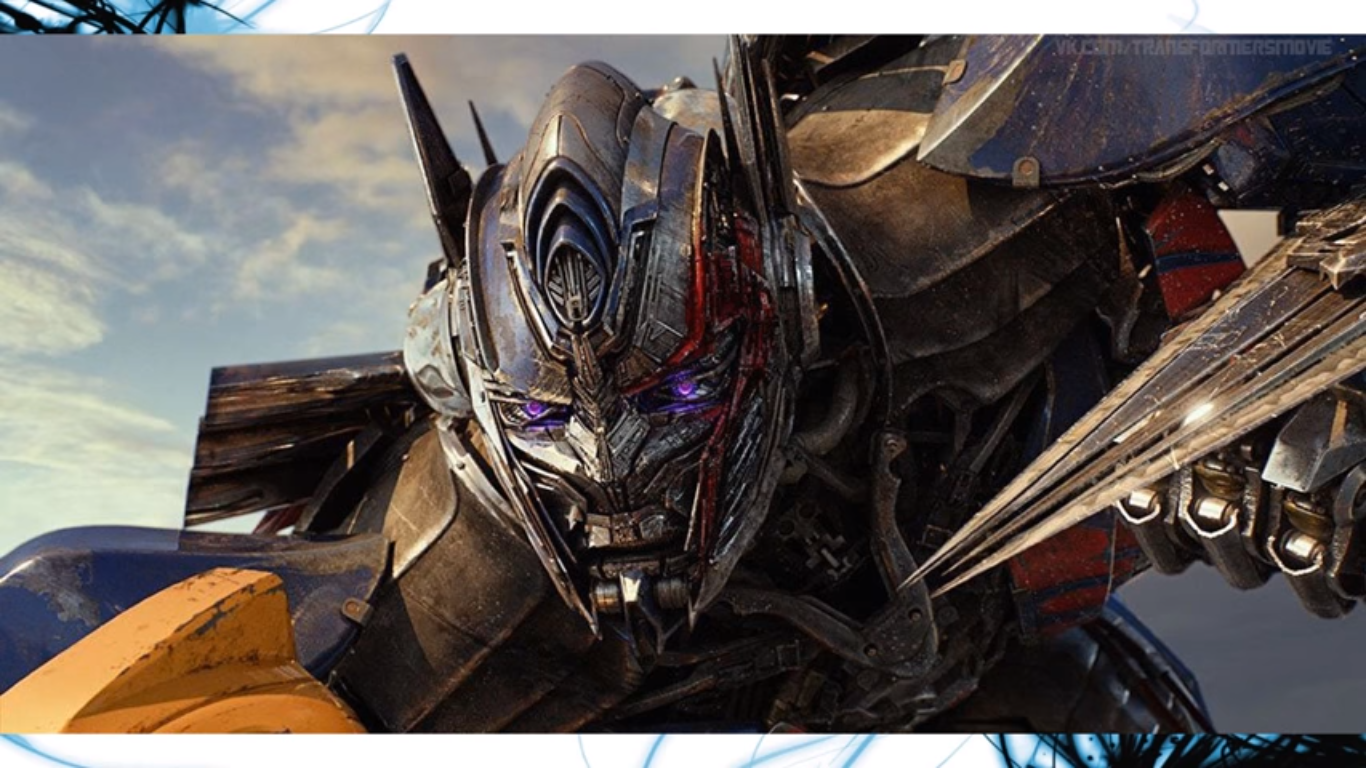 thank you! I am transferring this to the toy thread to news!
Re: Transformers: The Last Knight Japanese TV Spot (1878776)
Posted by william-james88 on May 2nd, 2017 @ 3:34pm CDT
HAHAHAHAHA, Valvoline took down the video after realizing their giant mistep. Oh boy, that must suck in terms of loss for their marketting department.
Re: Transformers: The Last Knight Japanese TV Spot (1878853)
Posted by Bronzewolf on May 3rd, 2017 @ 12:25am CDT
Today Asian oil company Clatex announces their own promotion For Transformers The Last Knight! Similar to Valvoline in the US, Caltex is offering some Last Knight Merchandise as well as gift cards For those who buy certain types of their oil. Check out the prizes as well s the ways to win below, and click on either image to be taken to the full page to read all the details. 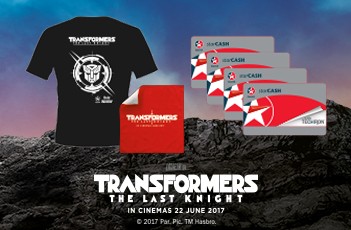 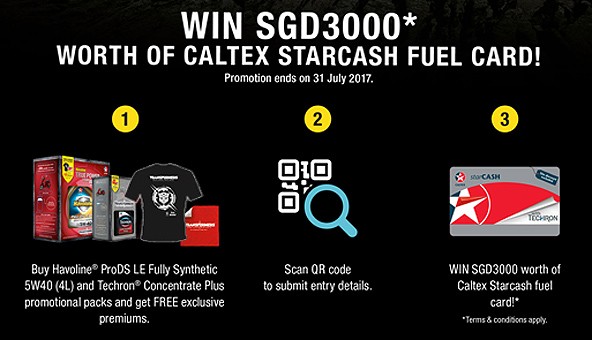 Could of gotten a Calteximus Prime to go with our Va'alvotrons!
Re: Transformers: The Last Knight Japanese TV Spot (1879234)
Posted by Burn on May 4th, 2017 @ 3:25pm CDT
The hype train for The Last Knight continues to chug along, this time making a stop in Australia with Australian telecommunications provider Optus launching a competition to win an overseas trip for two and a VIP experience at a special screening. The competition doesn't say WHERE overseas. 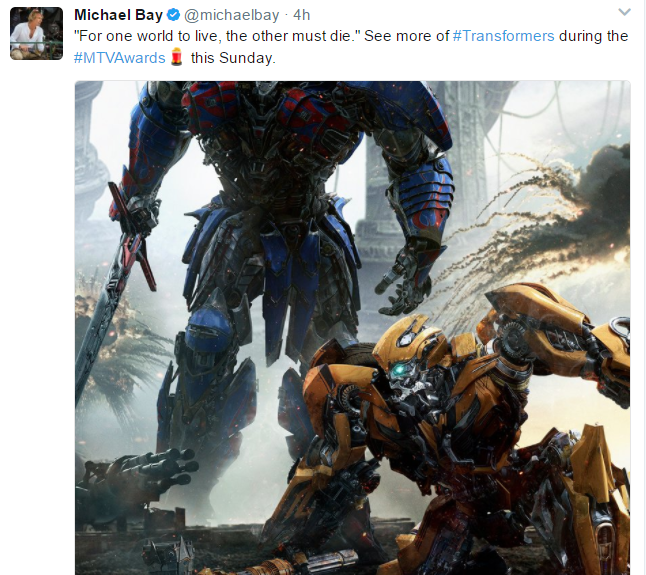 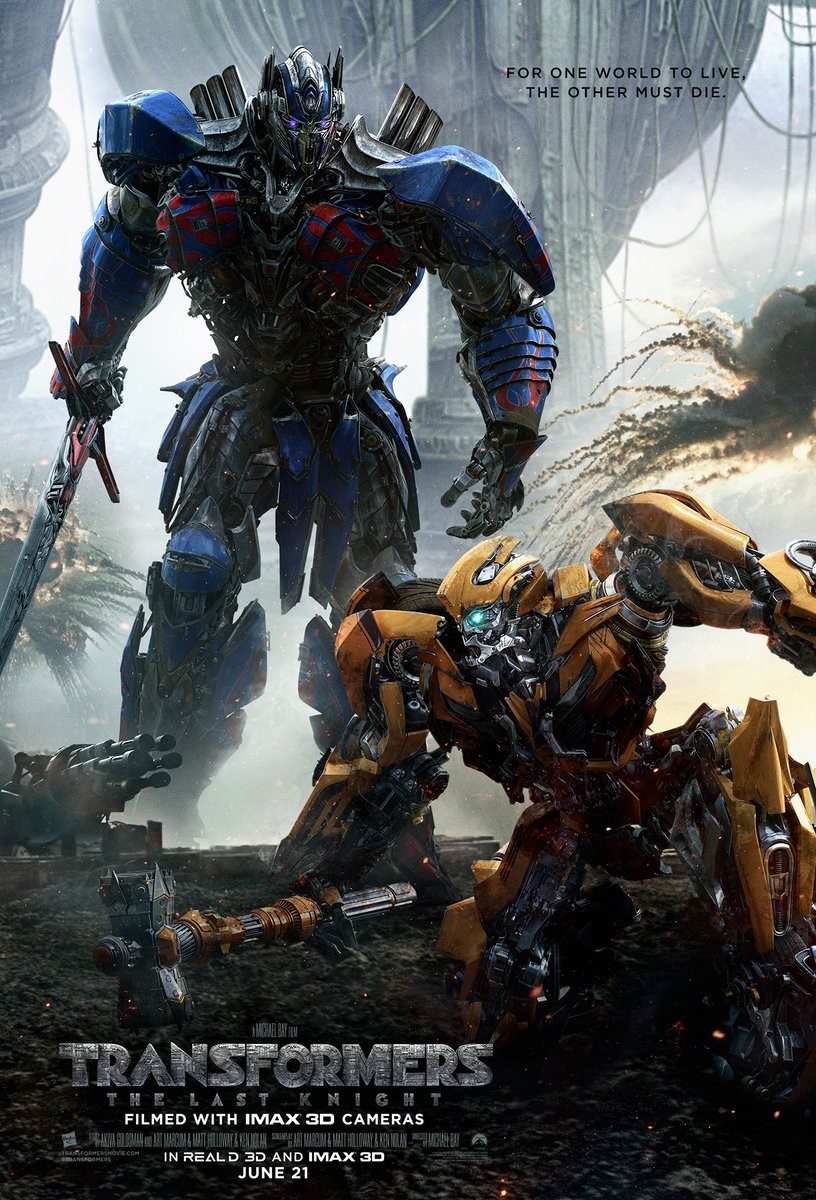 My guess is that neither Prime nor Bumblebee die, but I think Prime is far more likely to bite it. He has a history of coming back from the dead, after all.
Re: Transformers: The Last Knight Japanese TV Spot (1879482)
Posted by Deadput on May 5th, 2017 @ 12:52pm CDT
Ah Ominous that's both my Mum's and one of my favorite words.

But lol at people thinking Bee's actually going to die after what happened back in 1986 Bee is literally the character kids adore most in Transformers which is why he has been used so much and has had so many toys.
Re: Transformers: The Last Knight Japanese TV Spot (1879485)
Posted by Agent 53 on May 5th, 2017 @ 1:09pm CDT
For Primus' sake!
Bumblebee is as popular if not more than Optimus.
They have recently revealed Bumblebee to be alive in the IDW comics.
Due to the nuber across the board, particularly in the cheeper deluxe class (though not for TLK in the UK it's like 20 quid, a decade back it was 10 quid) Bee probably sells most toys.
Optimus is one of the villains of the film.
Bumblebee is the lead of the current Cartoon series.
Hot Rod is also in the film.
Optimus has enough deaths to warrant a wiki article about them.
Bee does not.
It all points in one of several directions.
Path 1
-Bumblebee manages to overpower Optimus and he dies.
-Hot Rod becomes Rodimus and suceeds Optimus
-OR-
-Bumblebee suceeds Optimus.
Path 2
-Bumblebee is severely injured
-Bumblebee is repaired.
-OR-
-Bumblebee is rebuilt as Goldbug
They aren't killing Bumblebee
Re: Transformers: The Last Knight Japanese TV Spot (1879486)
Posted by william-james88 on May 5th, 2017 @ 1:23pm CDT

Agent 53 wrote:Bumblebee is as popular if not more than Optimus.

You wrote a lot of good stuff and I totally agree that BB isnt dieing. these characters dont die and if they do, its not long, so no one should worry or lose sleep over arguing about it.

But I did want to comment on that line of yours. I really believe that Optimus is way more popular than Bumblebee. Of course, I dont have any numbers on the top of my head to back that up, but the films so far have gone out of their way to give him the great action set pieces instead of BB and I feel he is more popular than any other giant robot be it transformers related or not.

I even believe that Optimus Prime is as popular now as *gasp* Batman.

PS: I initially wrote "superman" but I realize that while that legacy is incredible, Superman is not as popular as he once was and batman has beaten him in sales loooooong ago.
Re: Transformers: The Last Knight Japanese TV Spot (1879488)
Posted by Deadput on May 5th, 2017 @ 1:30pm CDT
I think while Prime is the most popular overall I think Bee is more popular with the kids then Optimus is for most kids.

My personal opinion is that I like them but they have never been favorites of mine for some reason the main character(s) never become favorites it's always the side characters.

One of my fave cons is Hardtop and he has like what zero media representation besides toy bios?

Agent 53 wrote:They have recently revealed Bumblebee to be alive in the IDW comics.

Wait, they have? I may need to start reading the IDW comics then!

Anyways, I really like the poster, despite Bumblebee looking like he's seen better days. Something seems off about Prime's left hand, it's at a weird angle. Maybe Bee broke it?
Re: Transformers: The Last Knight Japanese TV Spot (1879494)
Posted by Megatron Wolf on May 5th, 2017 @ 1:45pm CDT
Bumblebees not going to die, hes a cash cow first of all and second it would please to many fans and we all know bay hates that. It probably just means in order for earth and the transformers to live the new villain/world thats introduced must be destroyed or in order for the future to survive the past must be changed or some crap like that. Only ones who are going to die are the decepticons and maybe one of the autobots, cause why try something different
Re: Transformers: The Last Knight Japanese TV Spot (1879498)
Posted by Carnivius_Prime on May 5th, 2017 @ 1:54pm CDT
I just want that image as a poster. Like I've said for all the other TLK images of this type.