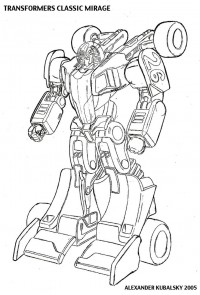 The former TakaraTomy employed Transformers toy designer Alexander Kubalsky has now gotten himself his own DeviantArt profile. He has already uploaded a few Transformers toy designs and concepts amongst other non-Transformers related toys (like Batman, Gatchaman), and he will continue to do so in the future.
Should the name Alex Kubalsky not ring a bell, he was the main designer behind the fan favourite Transformers Classics line having created most of the designs and the overall aesthetic of the line, he's also the man you can thank for the Movie Bumblebee craze.
In the toy designing community he's known for preferring to draw toy concepts by hand instead of using software.
We have mirrored just a small selection of concepts in this news-post, click here or any of the following images to visit his DeviantArt profile.

Not diggin' the "Former" part at the beginning of the article... His idea of Bumblebee as a young urban youth with a hoodie and big shoes (classic) was great.

I hope if we can't be blessed with more of his work through legit TF's (classics) , maybe some 3rd-party people will abduct him ( >.>)
Re: Transformers toy designer Alex Kubalskys DeviantArt profile (1312489)
Posted by bionic_radical on November 14th, 2011 @ 4:17pm CST
If he designed 3rd party stuff the way be has with Bumblebee/Cliffjumper, Hound, Ravage, Mirage, and Longarm/Hoist I would have to bite the bullet and jump on the 3p express. His faces are the best I've seen... Almost as though Don Figueroa influenced them. Also his engineering is genius. Wasn't he responsible for Cyclonus as well?