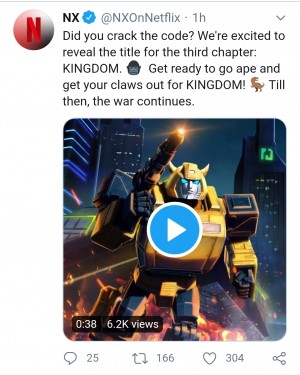 Thanks to a tweet from the account @NXOnNetflix, we have official confirmation of the next line in the War for Cybertron Trilogy franchise: Kingdom! It shouldn't come as too much of a surprise, given the poster that we reported on earlier had the franchise name right on it. The tweet (which you can view by clicking on the picture below) has a new video as well, which takes the posters with Cybertronian lettering, and changes them into English letters which, of course, spell out KINGDOM. Furthering the connection to Beast Wars are two emojis, of a gorilla, and a Tyrannosaurus. 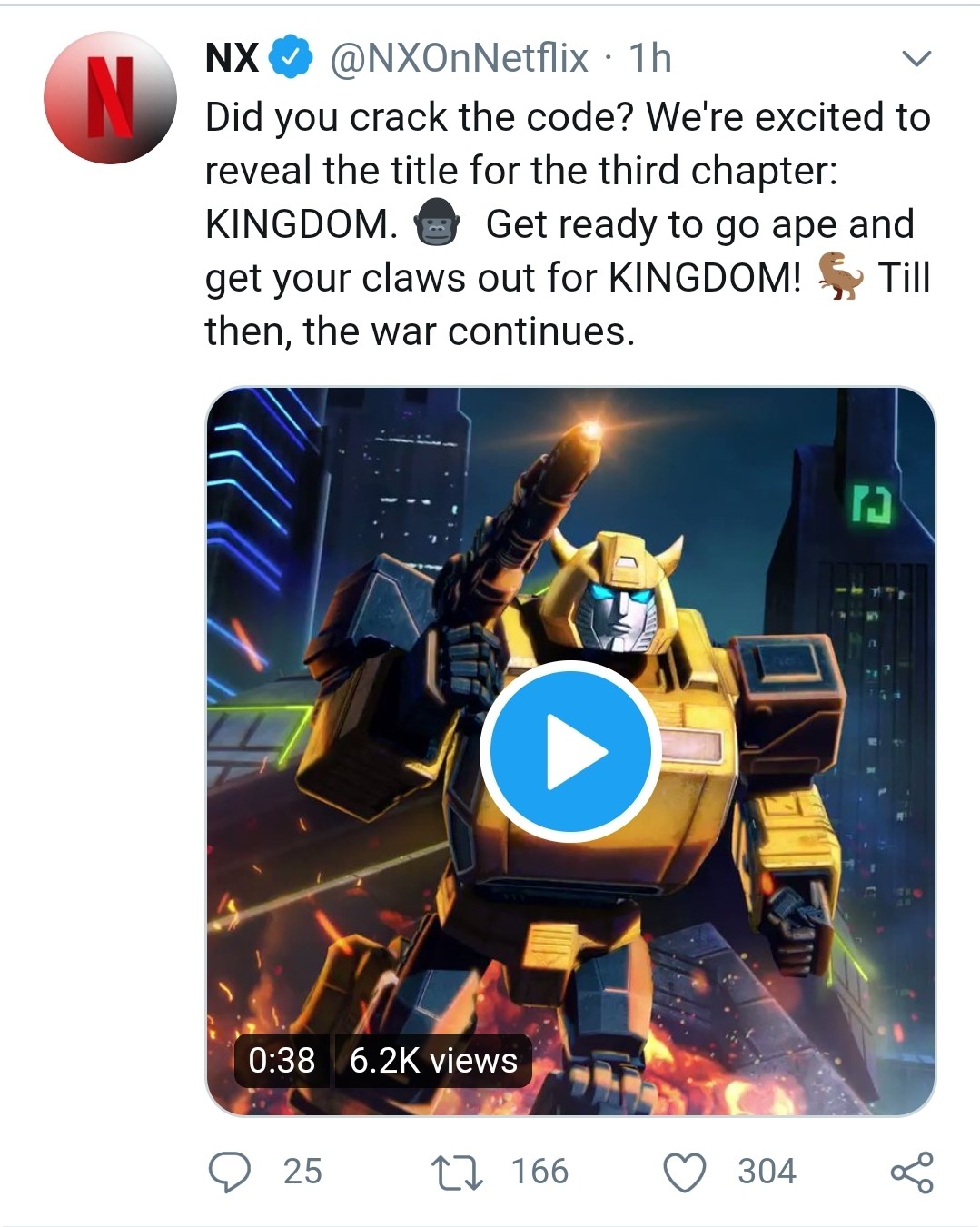 So are you excited for the franchise to revisit the fan favorite series? Let us know what you think below!