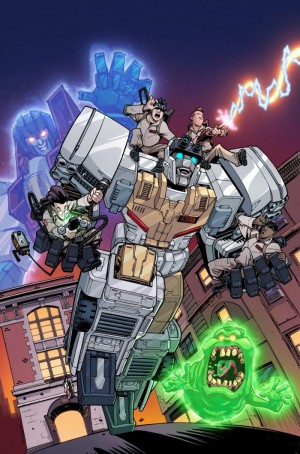 Get your proton packs ready, it's about to go down! The Seibertron.com Twincast / Podcast returns from an ad-hoc hiatus to give you some free chat to hang out to. Join host Scotty P as he pals about with Cobotron, D-Maximal_Primal and Megatronus in a discussion that might just result in a learning experience.

Episode #222 "The Real Ghostbusters" is available directly and in our RSS Feed, and should appear on iTunes, Google Play, and Stitcher Radio within 24 to 48 hours of when you see this news post.

| Love us? Hate us? Extra Super Love us? Drop us a review on iTunes. |
| Want to keep the discussion going? You can do so by simply replying to this post! |
|Got a question for the Twincast? Ask the Twincast.

Steal of a Deal: More Massive Savings on Walmart.com

The conflict is settled. Unicron is banished. Prime is removed from the story and their world is restored. Megatron is still out there, but his experience with Unicron has fundamentally changed him.

Everything was wrapped up, thought out, and still open to creative possibility depending on your take. Bad bad guys were punished, those who sought redemption had a chance for it. The limits of the conflict/war are gone and the future is wide open.

I felt really good about the whole thing.
Re: Twincast / Podcast Episode #222 "The Real Ghostbusters" (2021612)
Posted by Stargrave on May 15th, 2019 @ 11:39am CDT
Fun show guys! Thanks for talking about diverse subjects in the brand - I love so many aspects of it but at the same time I don't own a single MP, I've not watched all of Headmasters, know what I mean?

Also you cracked me up - I totally remember that last scene from Beast Machines I remember thinking why the hell are their shoes all so huge?

I agree with all of your points on great series closures great stuff gang. For me now that I've read it, Last Light has to be my favorite, only barely edging out the closure that the 1986 movie gave me. So that's pretty recent I mean the 86 movie held that title for a long time but Last Light, I'll admit it, had me bawling. I was so invested in all those characters by the end, and for it to end the way that it did, for me personally, was perfect. It's an ending that I've encountered before, I don't want to spoil it for anybody, but it's just a theme that touches me.

First star to the right, and straight on till morning. I'll always remember the end of Star Trek 6, Titanic, mmmf, just the emotional levity struck me like a shot of Ore 13.

Can't wait for the next one guys I bet it's a beast to get coordinated with everybody - we appreciate all the effort.