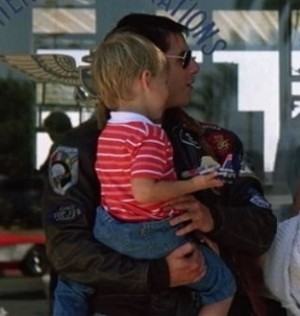 Did you miss us? It's another episode of this little thing we like to call a podcast. Scotty P is here piloting us to another adventure in speculation and reflection.

He can't shake'em, as Cobotron and Tigertrack, shake and bake from one theory to another helping to push us all to the finish.

Episode #253 “Danger Zone” is available directly and in our RSS Feed, and should appear on Apple Podcasts, Google Play, and Stitcher Radio within 24 to 48 hours of when you see this news post.


Seeking the seekers. How is your fortune? 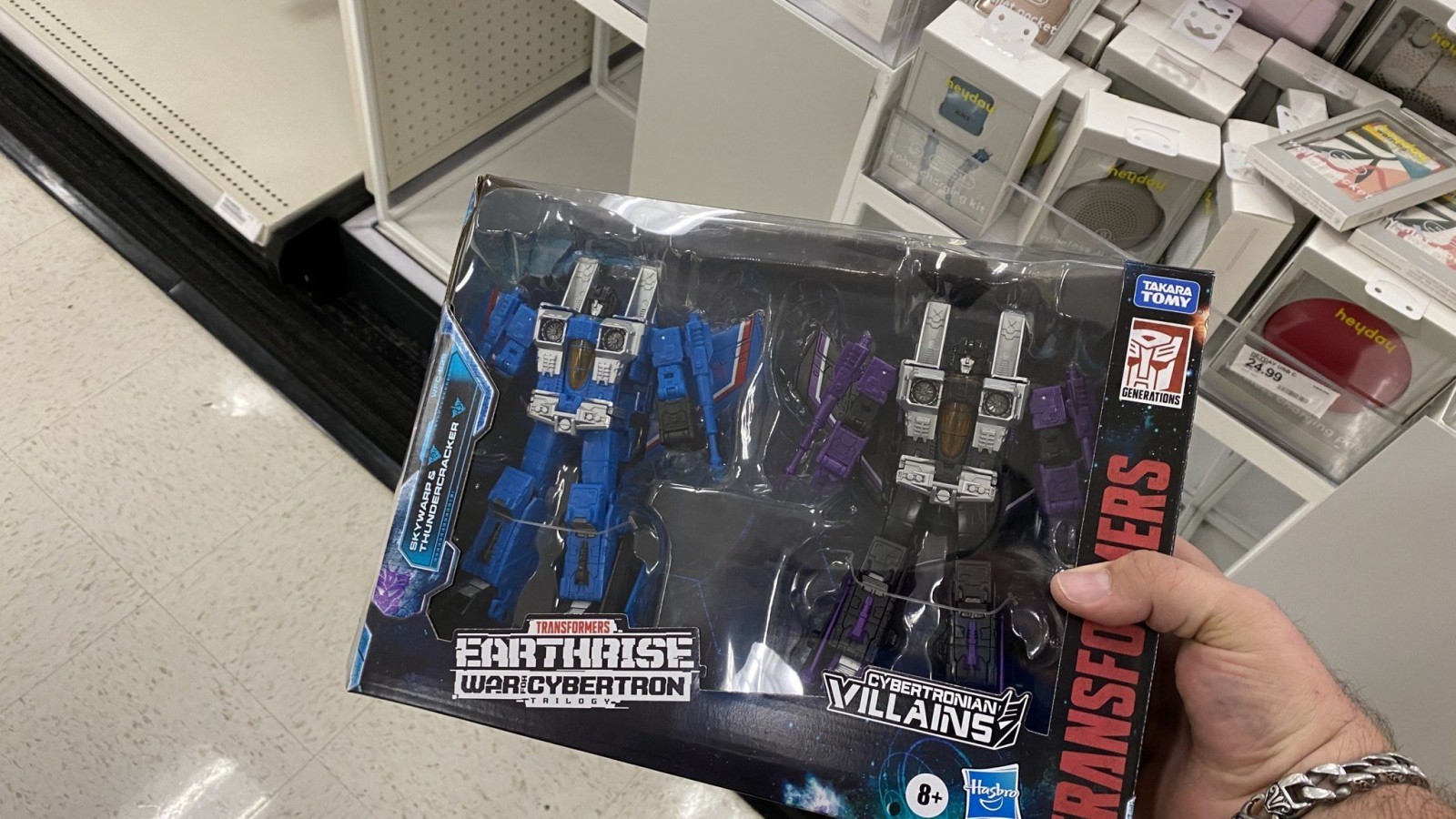 We couldn't avoid lamenting on a couple of leaked figures' images - Earthrise Thrust and a new mold Cyclonus make an unofficial appearance. 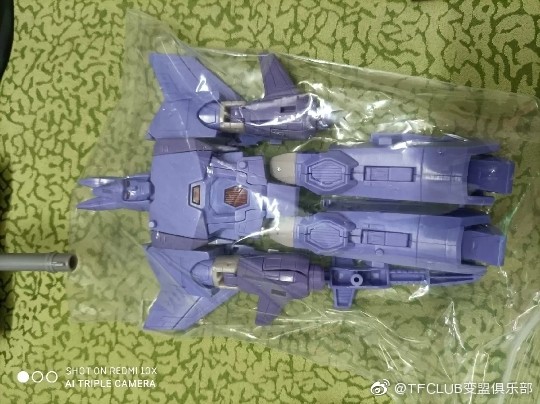 The newest version of Transformers Crossovers (cue Top Gun theme)...and what other crossovers might work? 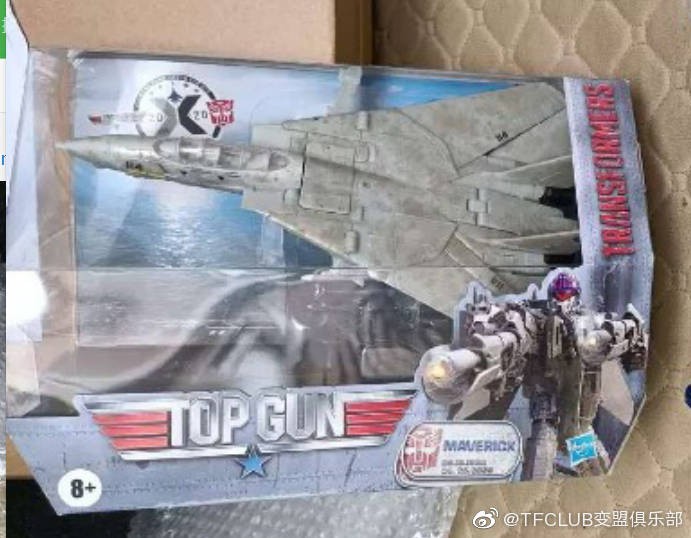 A hot second on a new video game...

Will we see an official Black Zarak now? Or is this the extent of his reference? 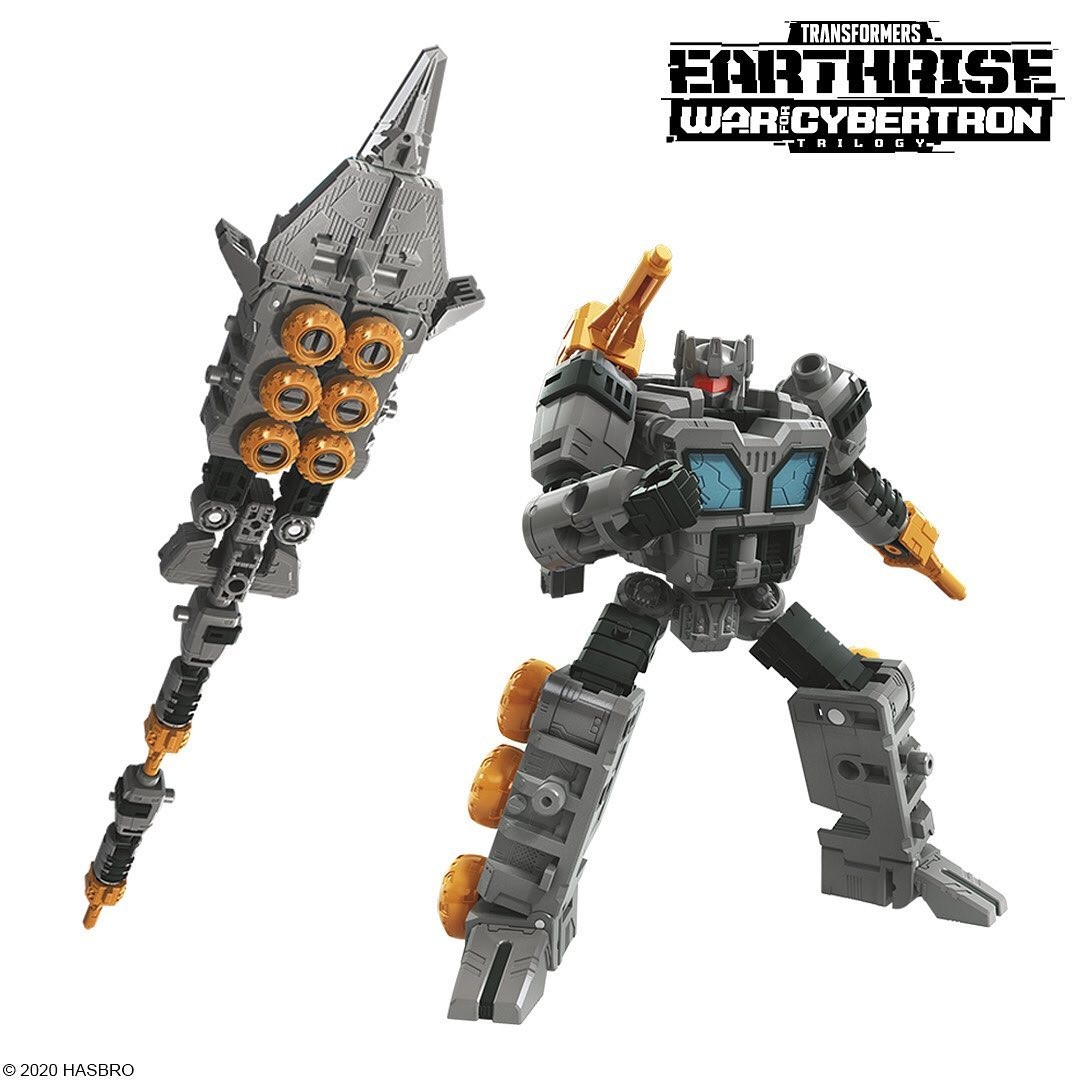 I broke down and ordered a shirt and so did Scotty P. Did you? Fan First Friday Transformers was t-shirts.

We spend some time with IDW Transformers Issue #20 "Rise of the Decepticons". Content was written months ago, and yet its release, here and now, is very timely. We try to treat this issue's controversial topic with sensitivity, understanding and perhaps, new perspective.

As a mood lightener, we also have some fun playing spot the bot in the audience at 'Swindle's' as we marvel at this crowd scene by artist Anna Malkova. Whom do you see? 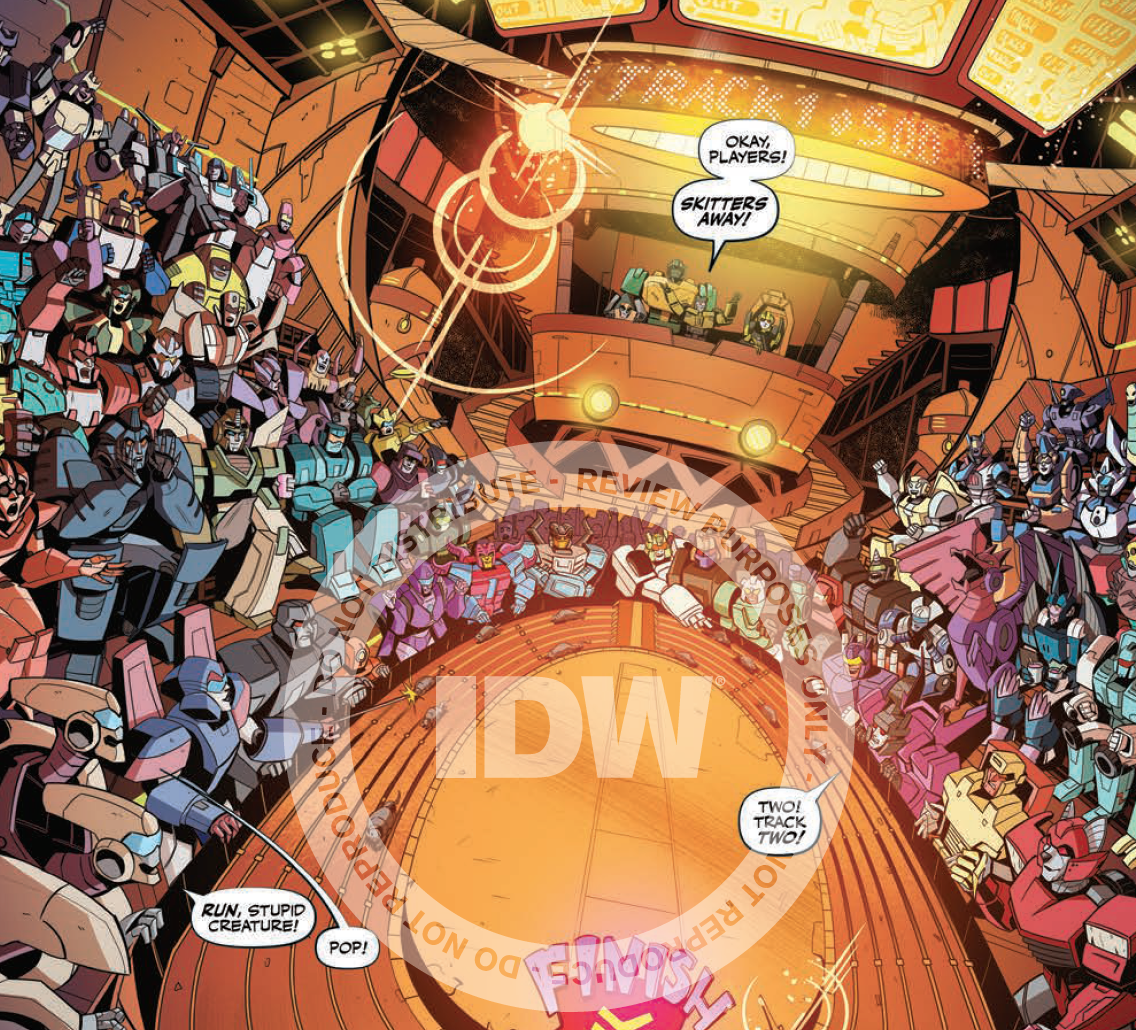 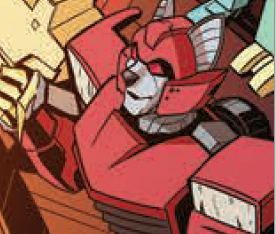 And for our finale...bragging rights...
Cobotron insists that he is the mightiest! Who's going to argue? 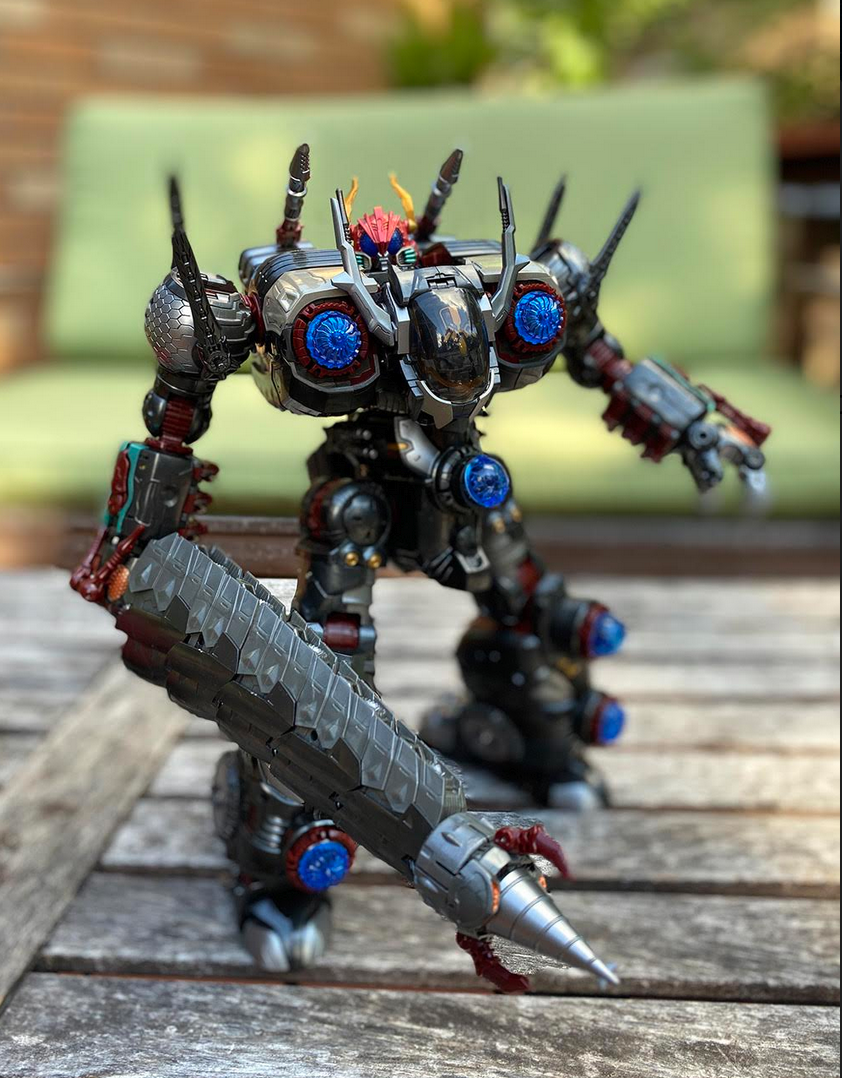 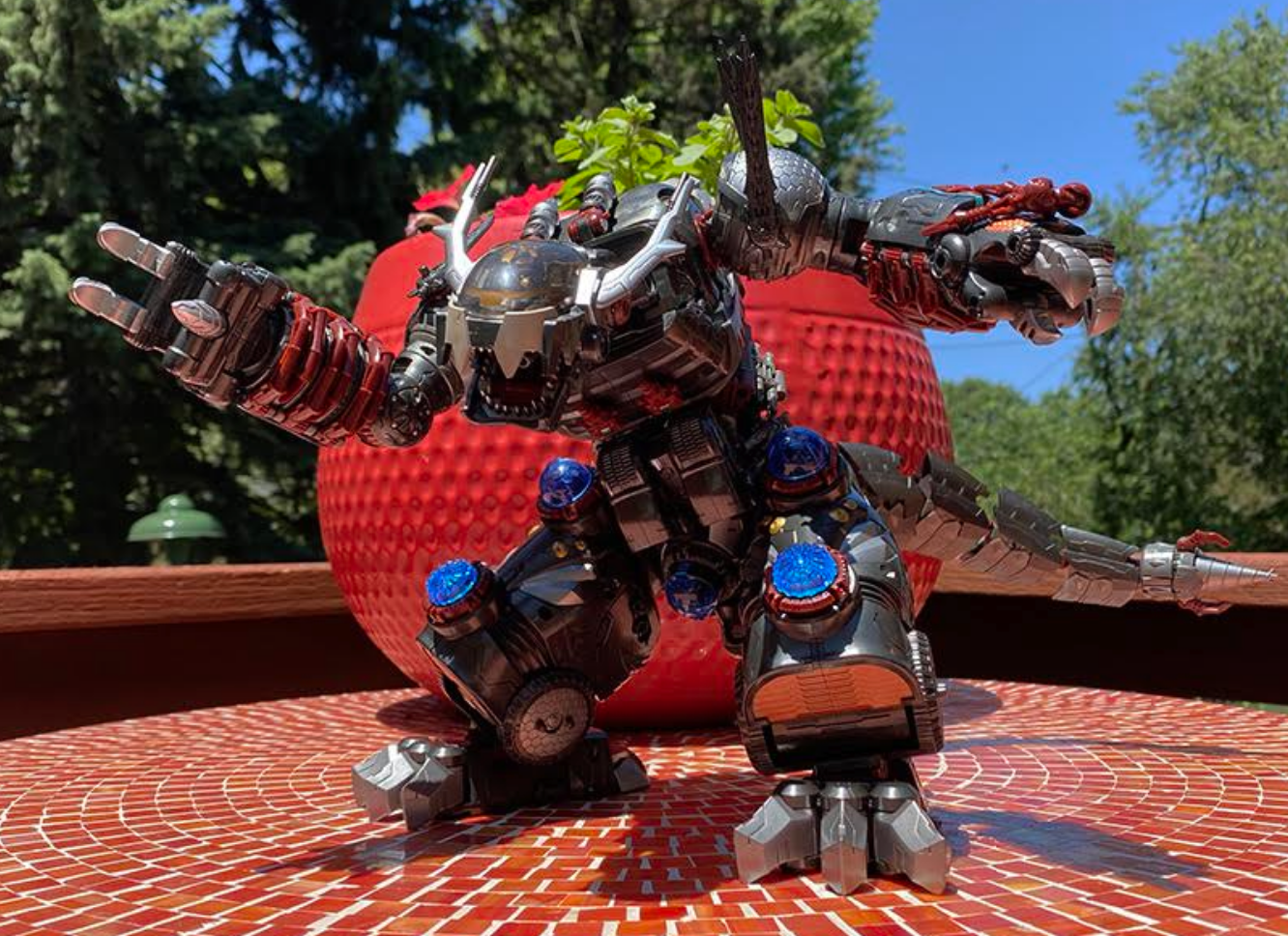 That Cyclonus figure has it's hips and knees bent forward making his upper thighs look short. Straight legged he probably looks fine. Just wish they'd swap the shades of purple (dark body, light arms) and replace the gray with a very light lavender. We'll have to wait and see how the final figure turns out, Leader Optimus went through a bunch of color changes before release.

Emerje
Re: Twincast / Podcast Episode #253 "Danger Zone" (2069238)
Posted by Counterpunch on June 25th, 2020 @ 9:55am CDT
A few thoughts on the Prowl scene (with the stated caveat that real policing in the US absolutely needs reform and there are people who are not being treated equally by said police forces)...

I think Matt is correct.

Drama always places police in high intensity situations where the officer skirts a line that we all know is unacceptable. This in the context of what is happening in the country right now is ill timed, but not because it depicts something that we all know, or now know is happening.

What would have been exceptional is for Strongarm to stop Prowl before he gets going, to take a stand and not see things like this as part of the normal narrative. I don't have a huge issue with problematic behavior being displayed; I have an issue with it being normalized or glorified.

And while I say this, while I say the new blood Strongarm should be the one to step up and change things...look at her name, which we haven't even thought about.

adjective
using or characterized by force or violence.

verb
use force or violence against.

"the culprit shouted before being strong-armed out of the door"


It's so ingrained we don't notice it anymore.