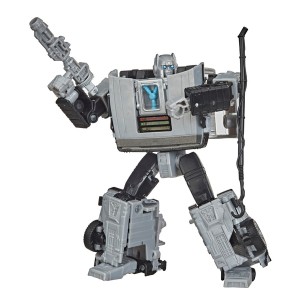 Greetings Seibertronians! This news is for all the UK Transformers fans out there! Fellow Seibertron user, Casette Dan has reached out to us with a while load of preorder news and deals. Let's dive in shall we?

First up is a preorder for the Back to the Future x Transformers crossover figure, Gigawatt! The figure is being offered by Smyths Toys Superstores and is retailing for £32.99, with a release date of November 1st. 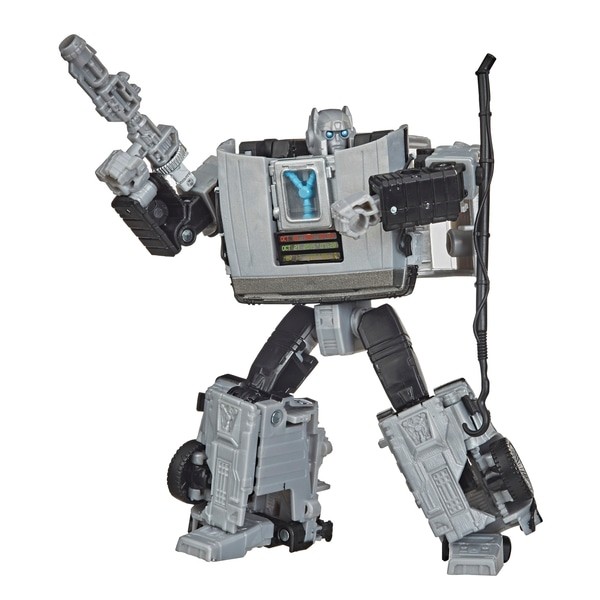 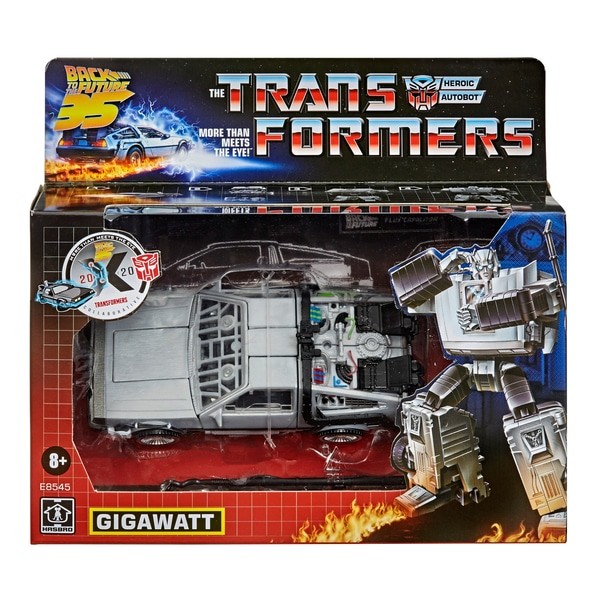 This is the wider release of the figure after the limited edition first run that was set to 1,985 pieces.

Also thanks to fellow Seibertron user, blackeyedprime, for sharing this on the forums.

Sticking with Smyths, Preorders are now live for the Netflix wave 2 Voyagers and Deluxes, as well as Spoiler Pack 2, Nemesis Prime! 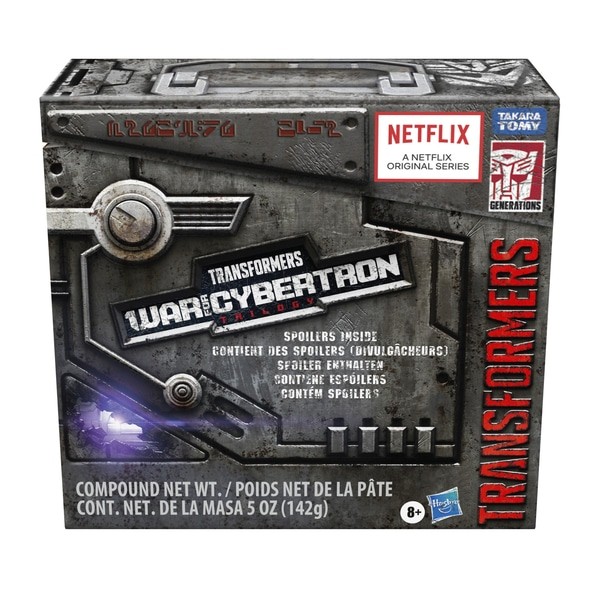 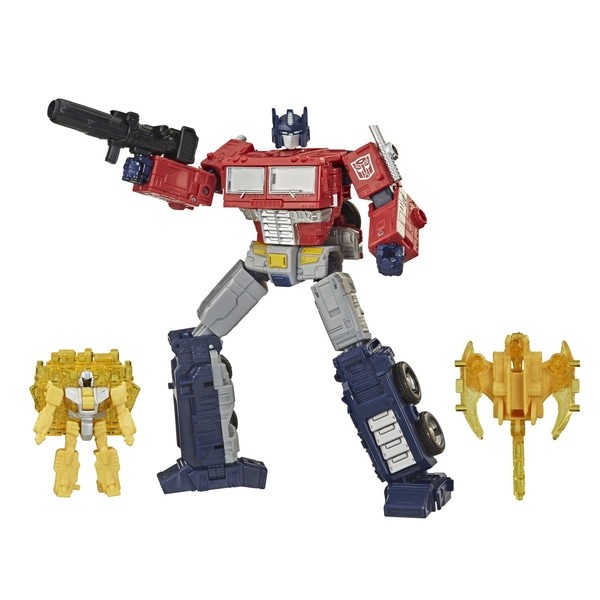 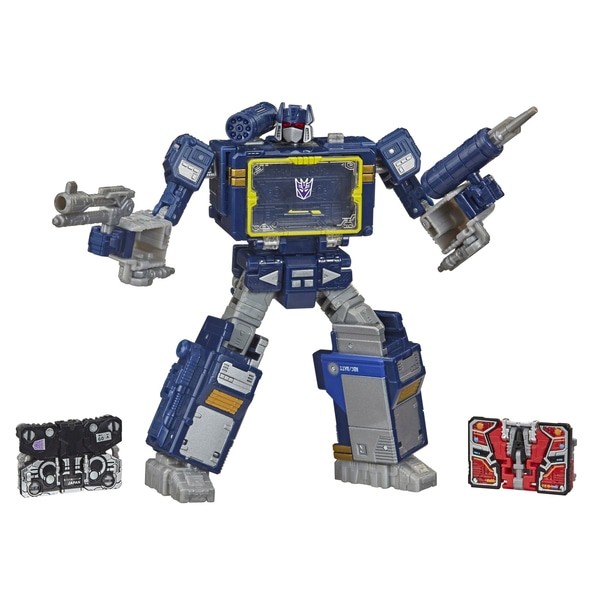 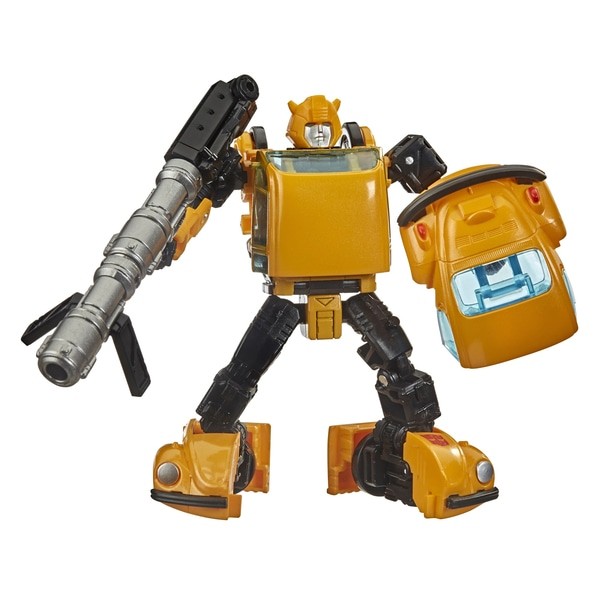 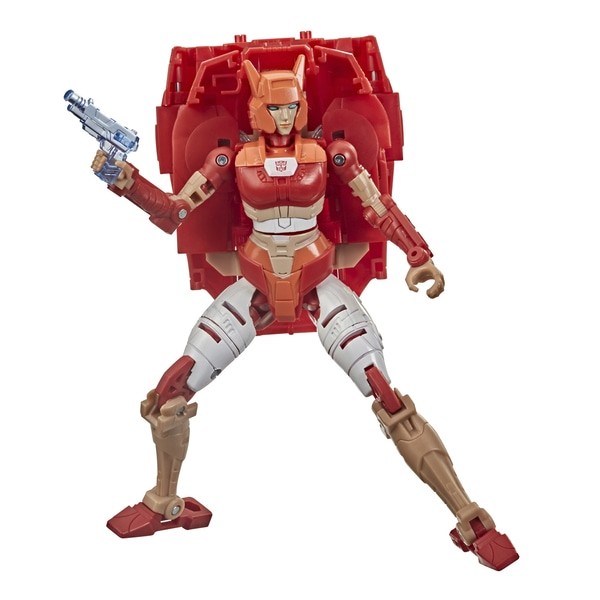 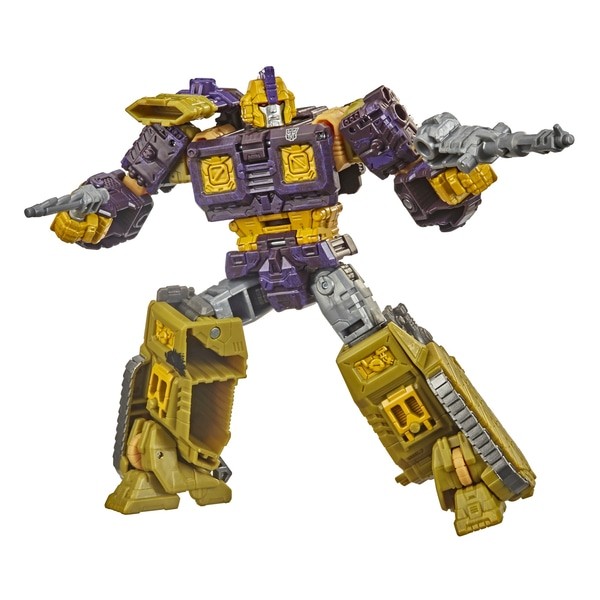 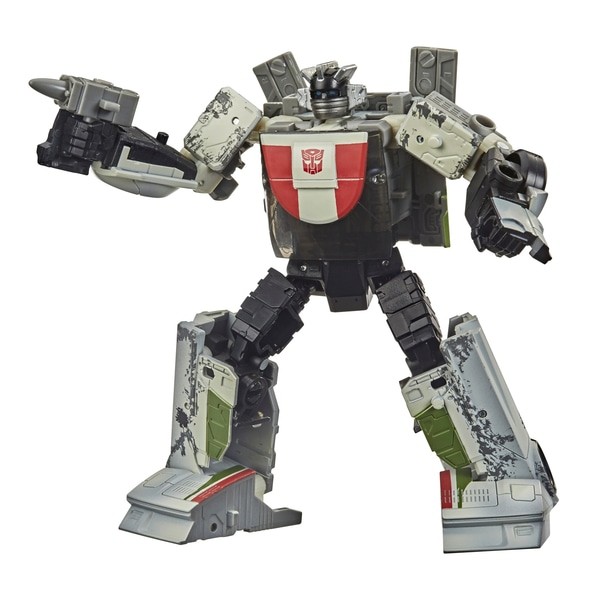 If any UK missed out on a chance to grab the first wave of Netflix Voyagers then http://www.zavi.com have you covered!

Hotlink with Heatstroke and Heartburn. 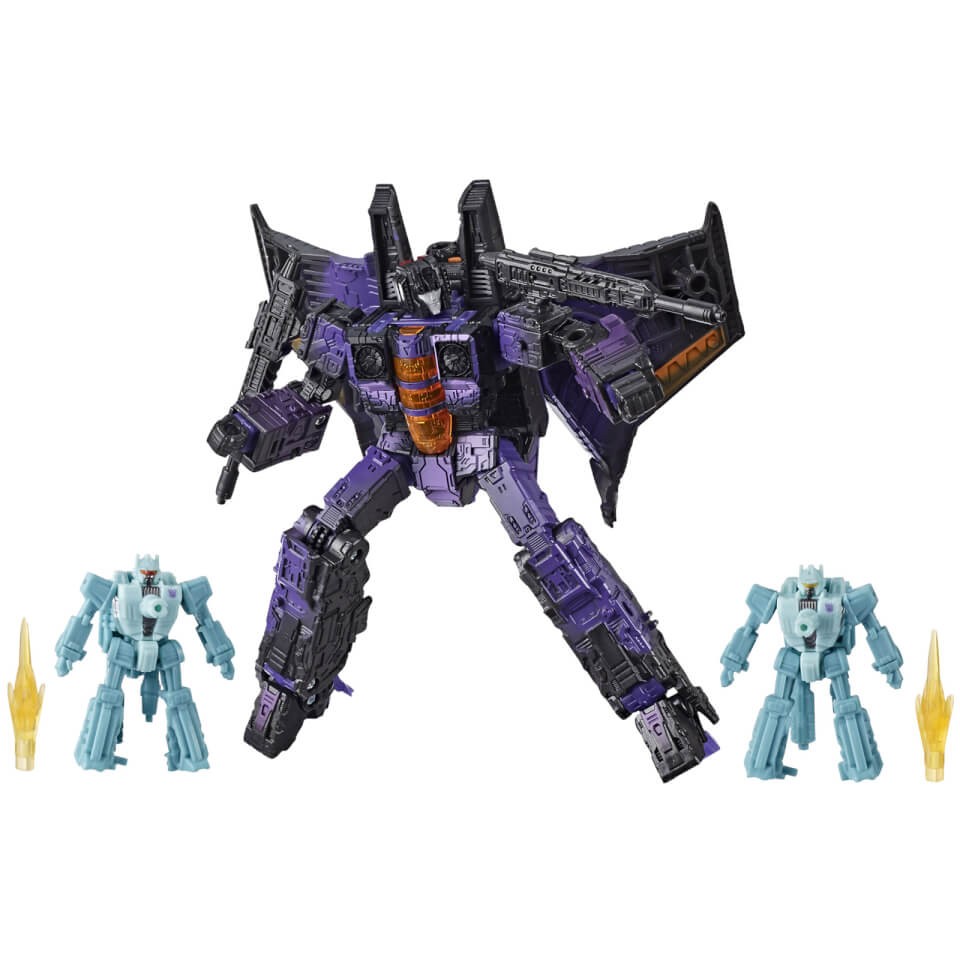 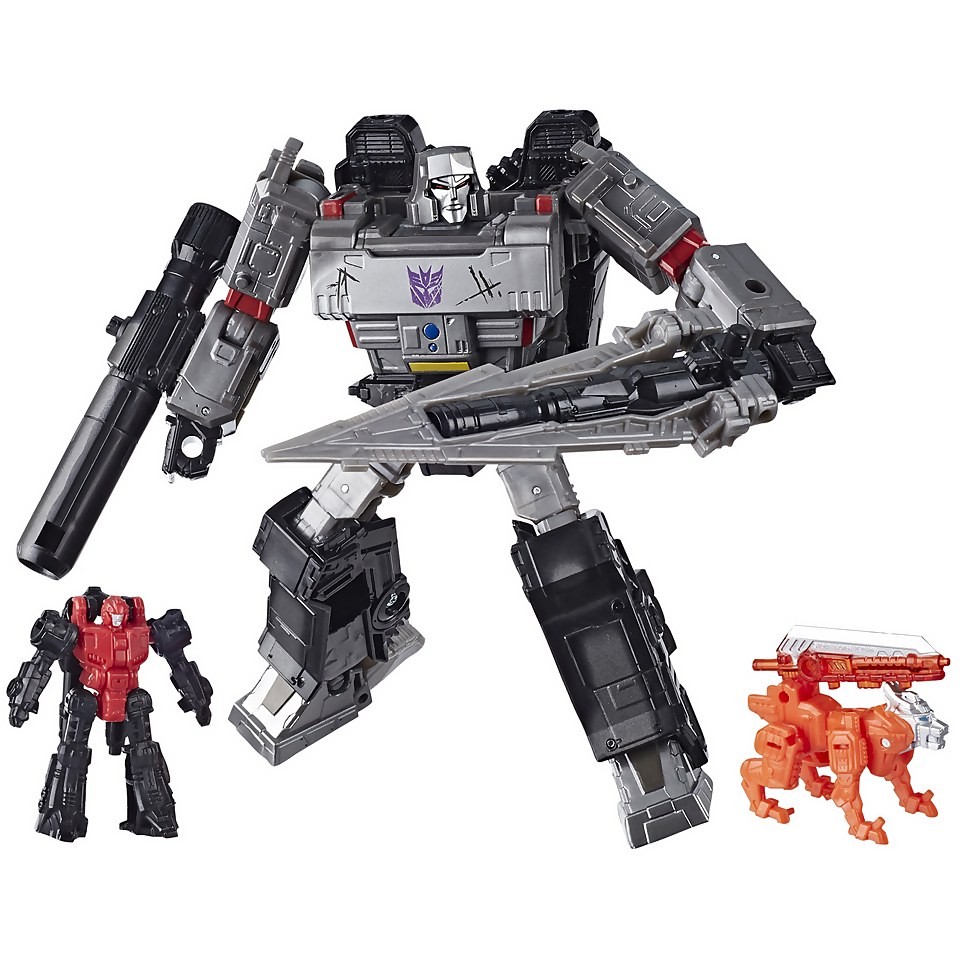 Forbidden Planet have opened up a preorder for Transformers Earthrise Deluxe Class Bluestreak, for £20.99 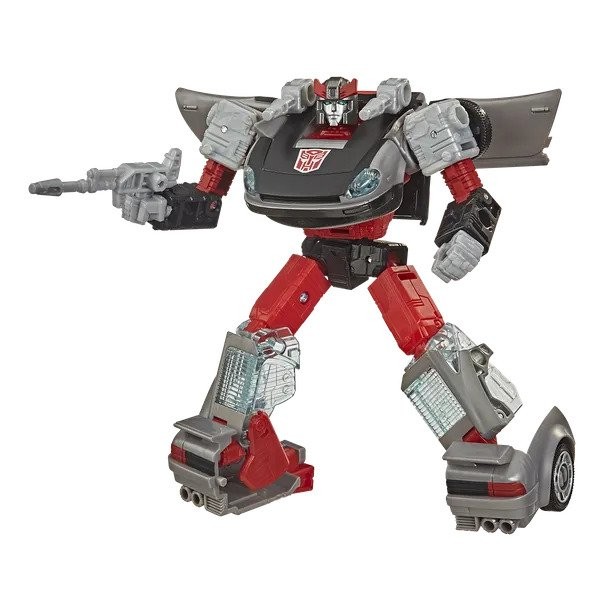 Lastly, In Demand Toys have slashed the price for Alternative Dimension Optimus Prime, taking it down to £45! Get yours while stocks last! 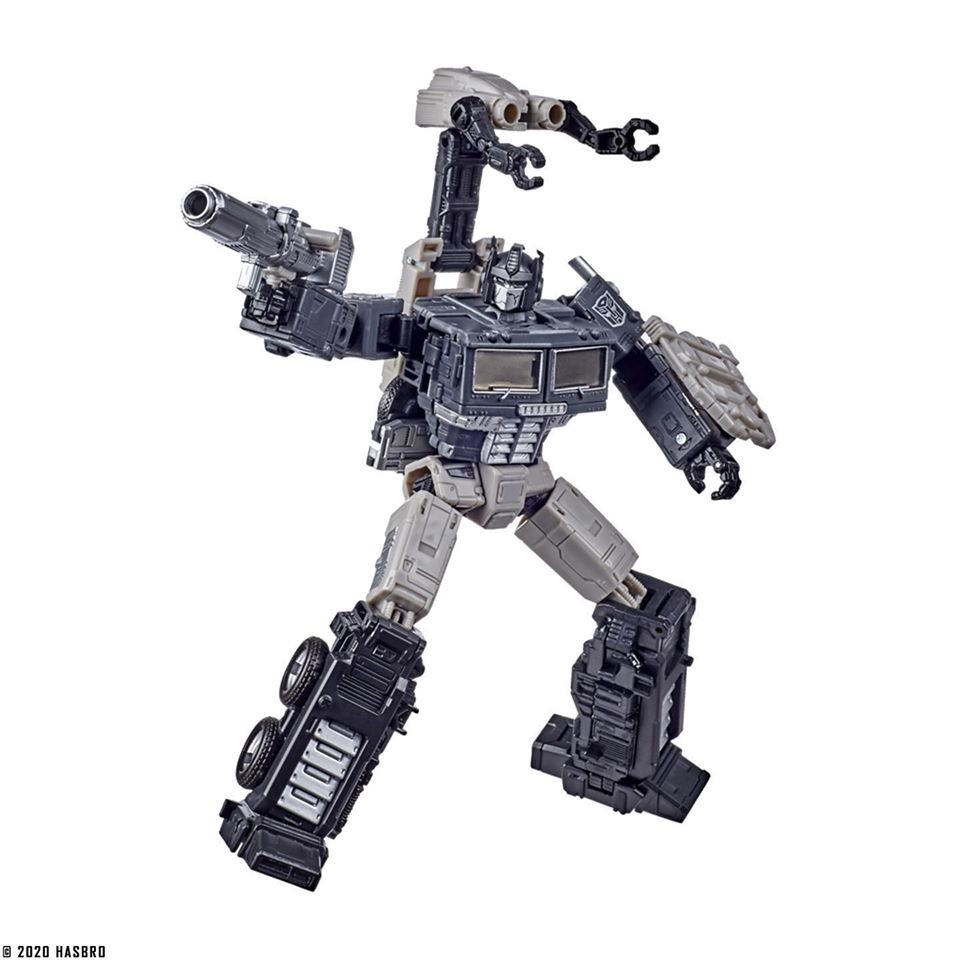 Thanks again to fellow Seibertron user, blackeyedprime, for sharing this on the forums.

Are you planning on getting any of these? Let us know in the Energon Pub and stay tuned to Seibertron for all the latest news and reviews!

Re: UK News Bonanza - Deals and Preorders (2080364)
Posted by blackeyedprime on September 16th, 2020 @ 8:43am CDT
If anyone missed out on shattered glass prime and ratchet preorders Zavvi for £50 and Staraction figures £52 plus postage.

Staraction also has ER megs and Airwave, Arcee so maybe we will be seeing the rest of wave 2 deluxes/wave 3 voyagers in stores soon.

https://www.staractionfigures.co.uk/
Re: UK News Bonanza - Deals and Preorders (2080483)
Posted by blackeyedprime on September 17th, 2020 @ 4:11am CDT
Allicon showing as available in a select few Smytha stores so it's just a matter of waiting on their deliveries.

SS Cliffjumper showing as available in lots of stores and in fairly decent amounts if states/Canada only got him 1 per case.
Re: UK News Bonanza - Deals and Preorders (2080673)
Posted by blackeyedprime on September 19th, 2020 @ 10:42am CDT
If anyones going full in on Kingdoms beastwars and missed out on Potp Optimal, £32 at ID (I'd still recommend the original figure over the POTP but hey)

plus SS rampage at a more WFC pricing of £22

Collectorbot wrote:Earthrise Allicon, Quintesson Judge and Arcee all now in stock for Home Delivery at Smyths

To add to that, all of wave 2 Earthrise should now be available in stores. My store's delivery today has included Arcee, Airwave, Allicon and the Quintesson Judge
Re: UK News Bonanza - Deals and Preorders (2081254)
Posted by blackeyedprime on September 23rd, 2020 @ 3:39pm CDT
Indemamd on Facebook. Pulse con new reveals up for preorder at 10pm on Fri 25th, sat 26th.
Monday 12pm on the 28th (mistakenly noted as 29th in their post) all exclusives up for ordering. Quintesson pit is going to be expensive due to customs and not being offered through UK distribution.

Serious question... Who has the money to buy retail figures when so many exclusives are hitting the fan.
Re: UK News Bonanza - Deals and Preorders (2081343)
Posted by blackeyedprime on September 24th, 2020 @ 7:08am CDT
Bluestreaks available for pre order on amazon

Honestly even at a lower price I'd be struggling to justify it (voyager plus deluxe, plus legends nd extras) but hey for those that want it, at least it is available.
Click here to view additional comments about this topic at the Energon Pub Forums ...