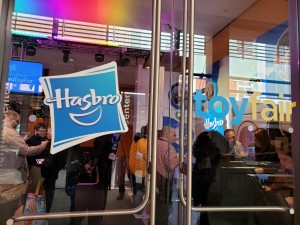 For the 13th year in a row, Seibertron.com is once again at Hasbro's Toy Fair Fan Media Day Press Event, which is located at The Times Center in New York City. The initial part of this event, which begins at 1:30pm EST, is a 1.5 hour presentation from the various brand teams for Transformers, Power Rangers, Marvel, Star Wars, Fortnight, Overwatch and possibly other brands. During the presentation, we are not allowed to photograph or video any of the content shown. However, we are able to take notes which I will share with all of you in this topic. Please keep refreshing the page to see new notes that I add throughout the presentation.

Around 3 or 3:30pm, we transition from the presentation room to the product showroom which has toys from the various brands on display. During the showroom part of this event, we are allowed to take pictures to share with all of you. Seibertron.com Twincast/Podcast cast member/host Megatronus will take some quick pictures with his phone to share with all of you via the news staff. While he's doing that, I'll be taking pictures of the toys on my Sony a6500 camera. I'll begin upload the full galleries and videos starting around 6pm to 7pm Eastern, which the Seibertron.com news team will share with all of you.

Initial presentation began with Hasbro Pulse. Discussed an upcoming loyalty program, there will also be consumer products for their brands, and it will have International Shipping available by 2020.

Empire Strikes Back 40th anniversary - Return of the fan vote

Transformers More Than Meets The Eye
Showed us a cute video showing us the magic of Transformers where a boy is trying to get a real VW Beetle to transform.
Transformers Bumblebee
Hasbro announced amazing partnership with Netflix
War for Cybertron Trilogy cartoon coming to Netflix (original series), nothing else to share with us at this time but stay tuned for more!
IDW "The World In Your Eyes" panels shown from upcoming comic
Ran Sun and John Warden did primary presentation, Ben Montano did initial start of presentation

Cyberverse Power of the Sparks
Showed us a new video clip for season 2.

That's it! We are heading to the showroom now where we will be able to photograph all of the new products to share with all of you in a little bit. Keep checking Seibertron.com for more exciting information from Hasbro's Toy Fair Fan Media Day!

Red Wing? Put on your tinfoil hats cuz I think this is a carry over mistake from another unrevealed figure: Hydra (with trademark friendly name)! If my hunch is right, we're getting buster and Hydra in Generations Selects to complete the Starscream combiner!


https://tfwiki.net/wiki/Red_Wing It could just be this guy.

I totally forgot about that guy! Yeah, it's probably him.
Re: Updates from Hasbro's Toy Fair 2019 Fan Media Day Presentation #tfny #hasbrotoyfair (2010892)
Posted by Whirlkick on February 16th, 2019 @ 3:13pm CST
Thanks so much for this great breakdown from all of the brands, I collect Marvel and Star Wars figures too, so this was very helpful

Dannshinigami wrote:Any confirmation on if Springer is a triple changer??

I was watching a YouTube video earlier and from what I saw it is a definite yes.
Jetfire has this cool thing where little handles come out of his underside and you can have up to four other bots holding on to him and his cockpit opens up and you can fit a little titan master inside it if you want. He even has this cool mechanism in his hand to where if you open it the weapon port disappears into it!
I was kind of hoping they would have revealed a little more(like Lancer or something) but what they showed off was cool. I love that the blast peaces that come with Omega and Jetfire are modular, that's such a fun touch. The whole line looks nice and chunky and robotic, I love the aesthetic of this line so much(and I'm not even a geewunner) I really don't understand the complaints this line has been getting, but too each there own.

Random thoughts:
I hope we get one more good Windblade figure in WFC before they stop making her, like the Titans Return one without a head master gimmic.

What do you guys think should come with ratchet if they make one? I'm hoping he gets a scalpel sword and a buzzsaw (it would be a neat little reference to the movies and prime).

Ironhidensh wrote:So....... is that it? Is there more to come over the weekend? What I'm getting at, is that we didn't see anything new that we hadn't already learned of. Usually we do. Hell, half of the display is already available at regular retail.

Ironhidensh wrote:So....... is that it? Is there more to come over the weekend? What I'm getting at, is that we didn't see anything new that we hadn't already learned of. Usually we do. Hell, half of the display is already available at regular retail.

Not what I mean. Usually they have prototypes for the next year out. This year, nothing. Everything is already at retail, or will be in the next couple of months. There was nothing new. Nothing upcoming for next year. It felt and looked very half assed.


Even with the 'Walmart leaks', we knew this stuff was coming before that, just hadn't seen it. We didn't get any brand new figures announced, in the past years, we have.
Re: Updates from Hasbro's Toy Fair 2019 Fan Media Day Presentation #tfny #hasbrotoyfair (2011074)
Posted by Seibertron on February 17th, 2019 @ 12:03pm CST

Ironhidensh wrote:Not what I mean. Usually they have prototypes for the next year out. This year, nothing. Everything is already at retail, or will be in the next couple of months. There was nothing new. Nothing upcoming for next year. It felt and looked very half assed.

The presentation yesterday was basically the same as it has always been for the 13 years that I've been attending. If my recollection is correct, they've never shown prototypes for the following year that we can photograph. The only "prototype" exception I can think of is when they showed something for one of the Titan Class figures, but that was during the presentation part and not something we could photograph and share with all of you.

To sum it up, Toy Fair usually covers the first 6 months of the year and SDCC covers the last half of the year, with NYCC picking up the holdovers from SDCC.

It was also the first time that they had had Masterpiece displays for us to photograph, which they did just for the fans.

There was also a lot of Cyberverse product on display that we didn't even know about such as Gnaw and Alpha Trion.

It was definitely not half assed. The Transformers area had more products on display than ever before. 1.5 hours was not enough time to photograph and video everything. It's the 2nd or 3rd year in a row where I've had trouble photographing everything because it's too much product to photograph in that short amount of time.

The biggest thing that was different this year was how much product was revealed during the 2 weeks prior to Toy Fair. In addition to that, there was an obvious push to translate newly revealed products to buy-it-now opportunities, which is new and exciting.
Re: Updates from Hasbro's Toy Fair 2019 Fan Media Day Presentation #tfny #hasbrotoyfair (2011189)
Posted by william-james88 on February 18th, 2019 @ 9:52am CST
While we have seen almost all of these in some shape or form a bit early, Hasbro has released high resolution images of renders for the newly revealed Studio Series and Siege toys at the 2019 New York Toy Fair. We can see both the vehicle and robot mode in one image and in the case for Springer, we see both his alt modes, with his car mode in a configuration we had not seen yet. The images were posted on Facebook. Also, everyone of these items can be ordered from various retailers right now such as Hasbro Pulse, BBTS, TFSource, Amazon and more.
Here is what you will find in the images below: 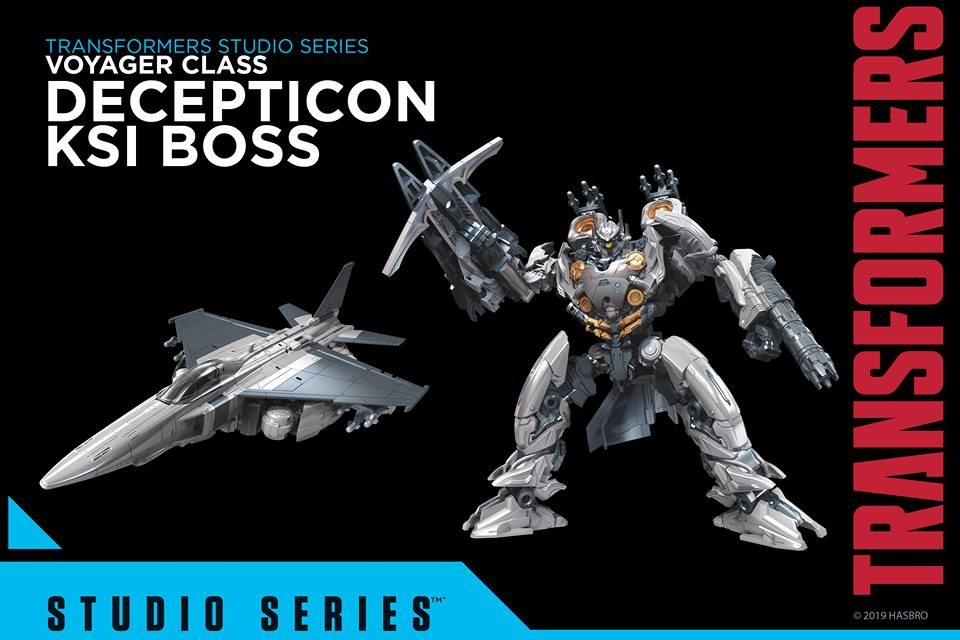 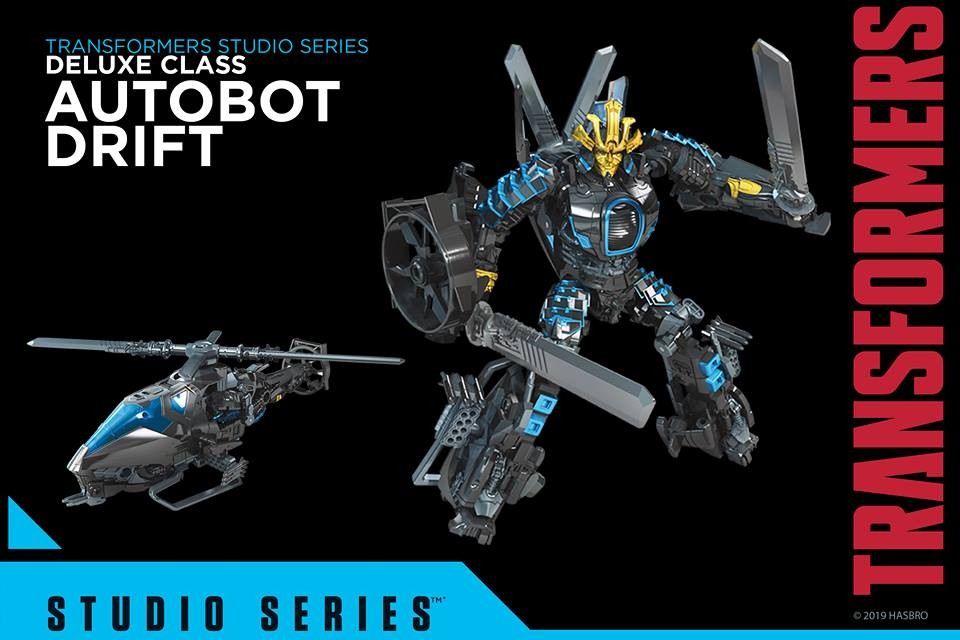 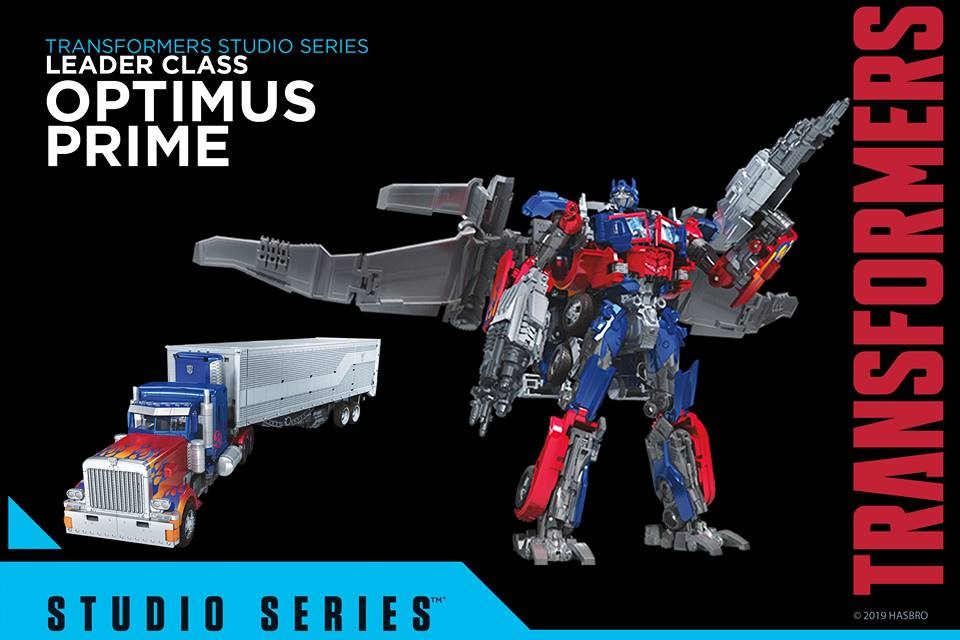 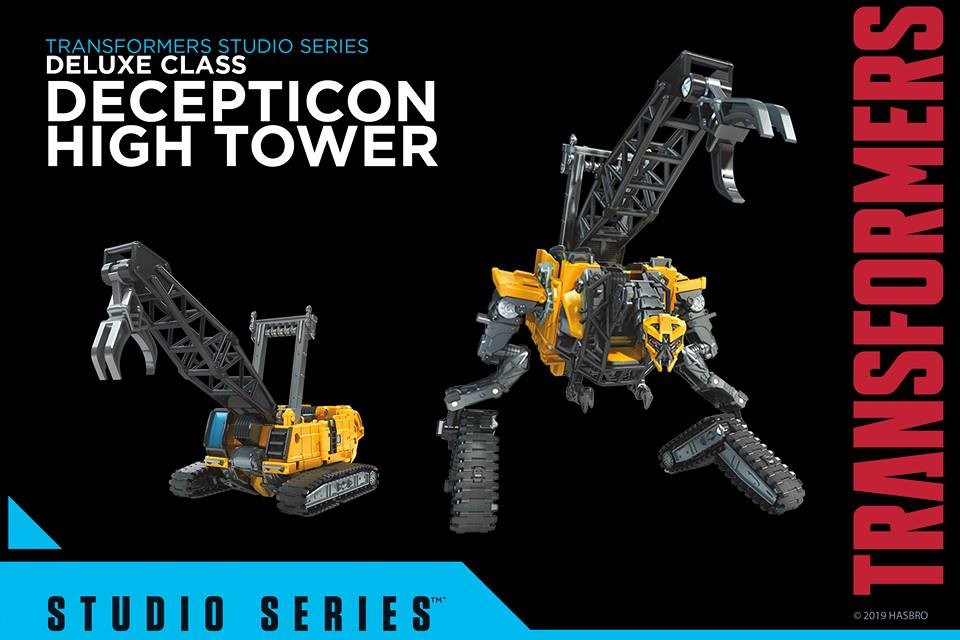 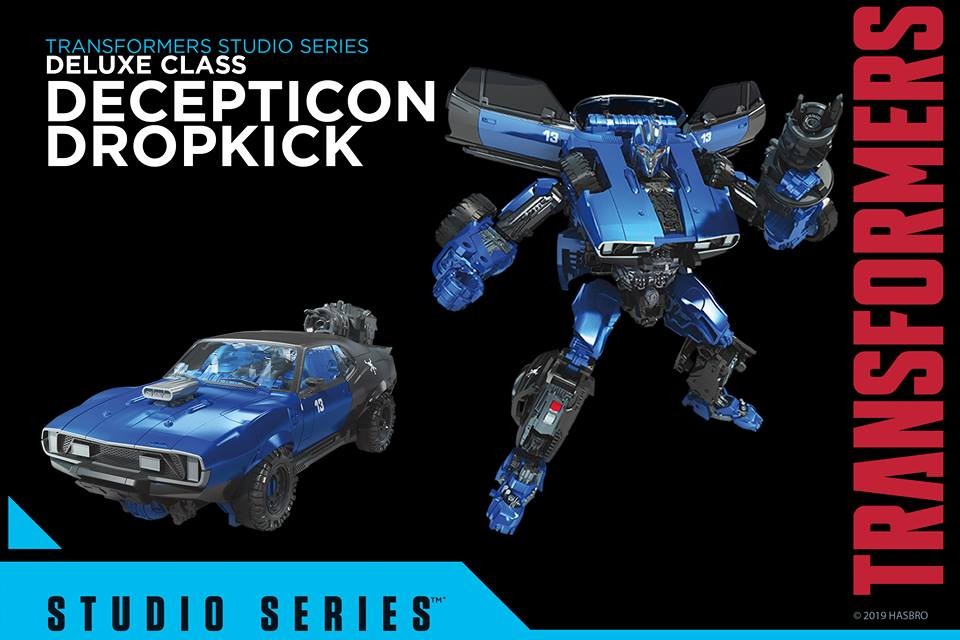 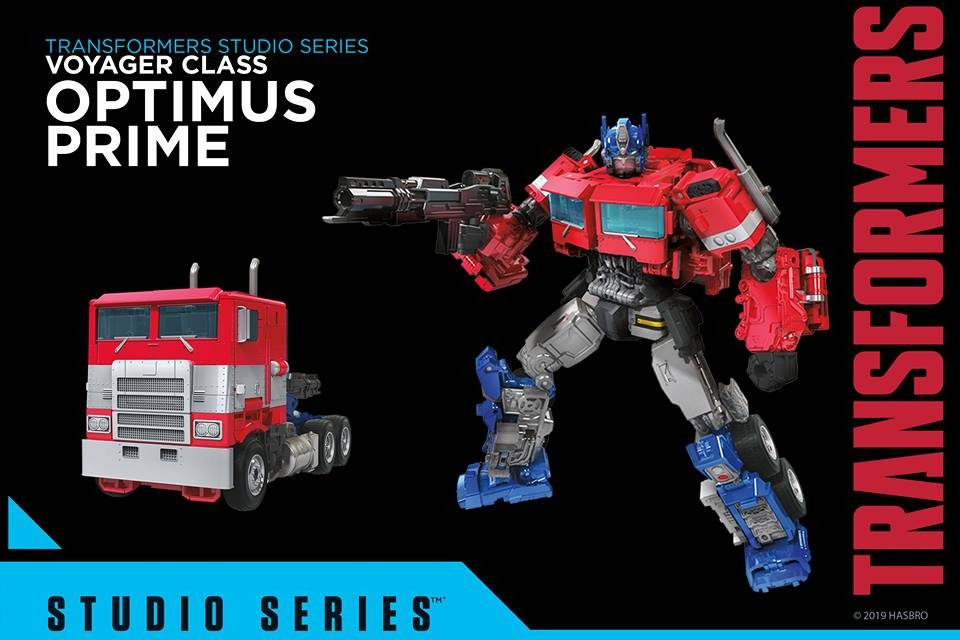 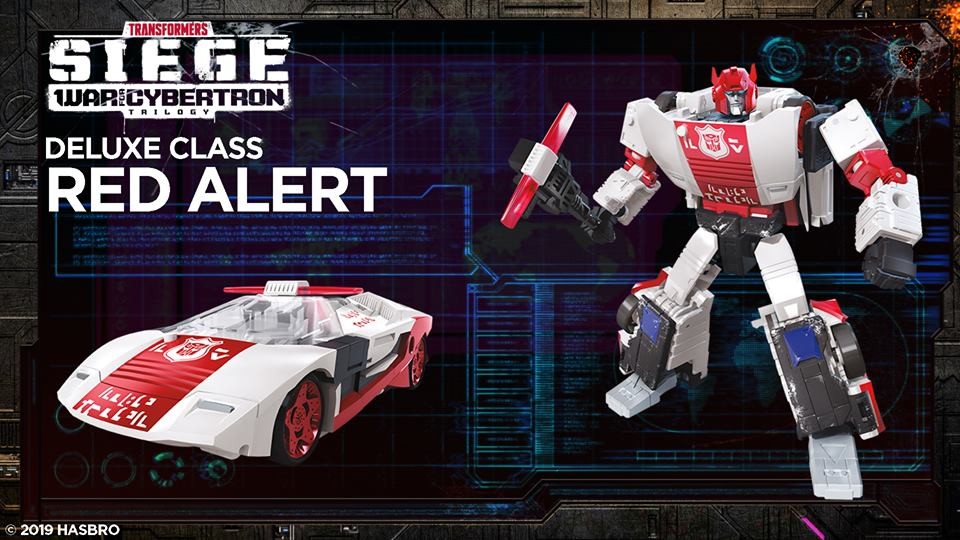 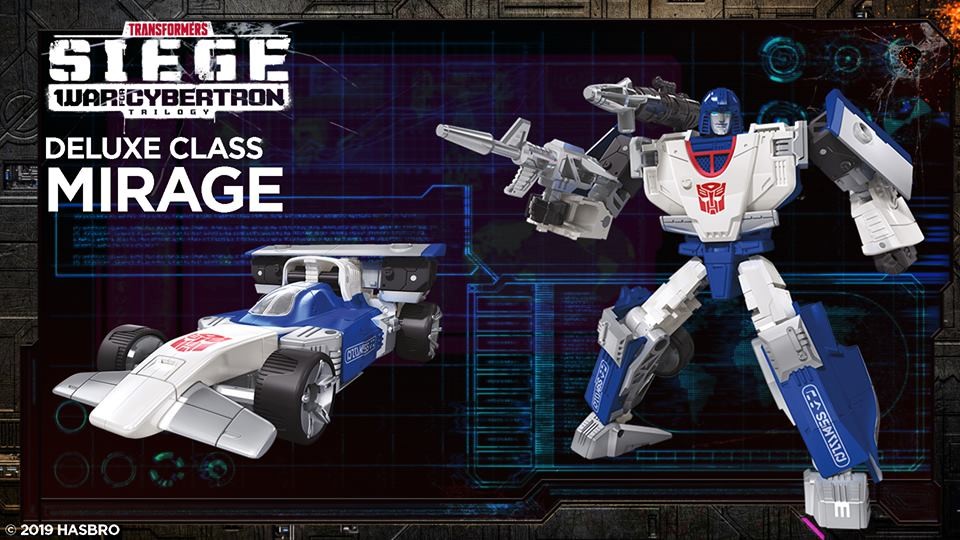 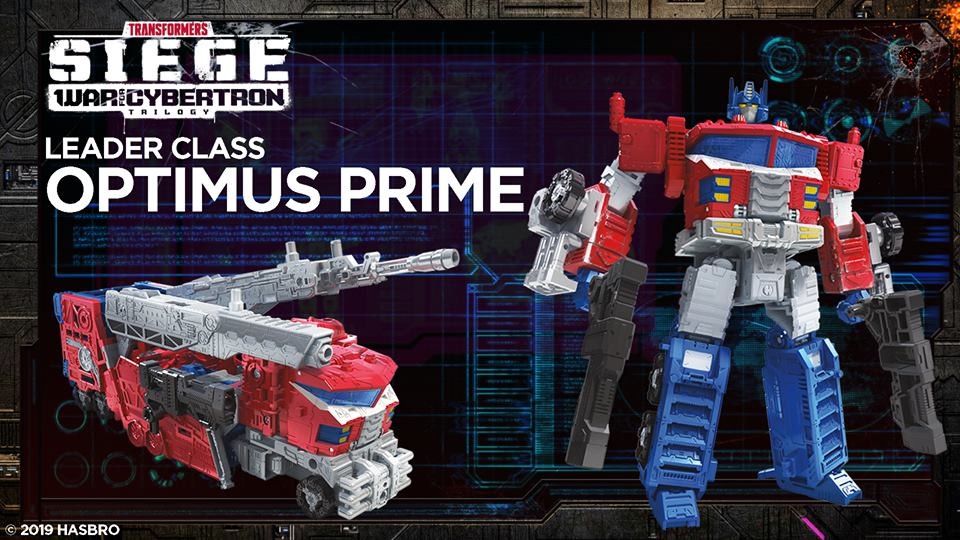 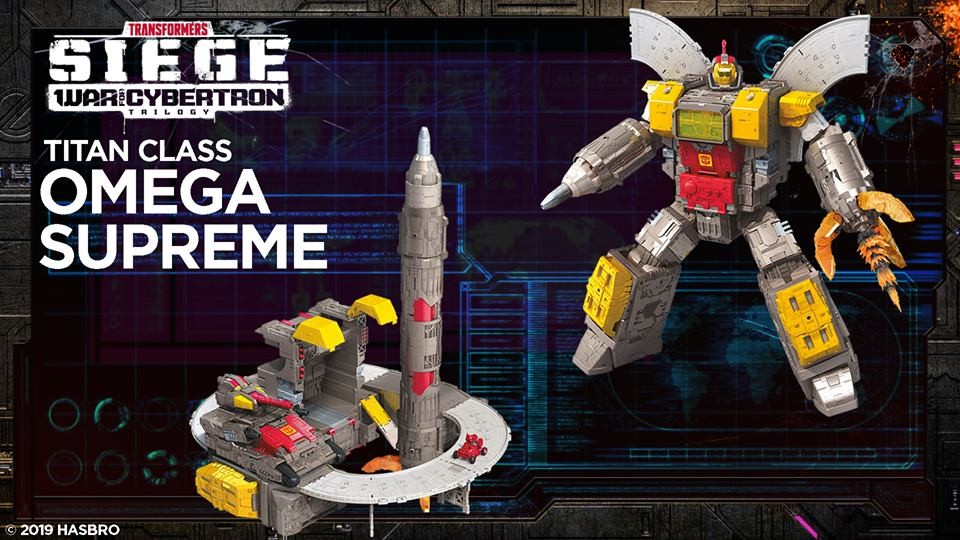 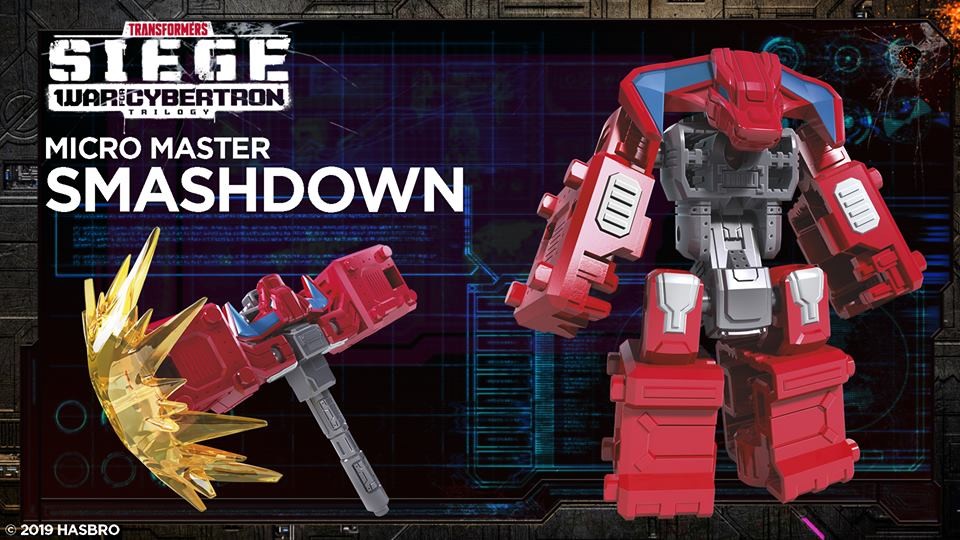 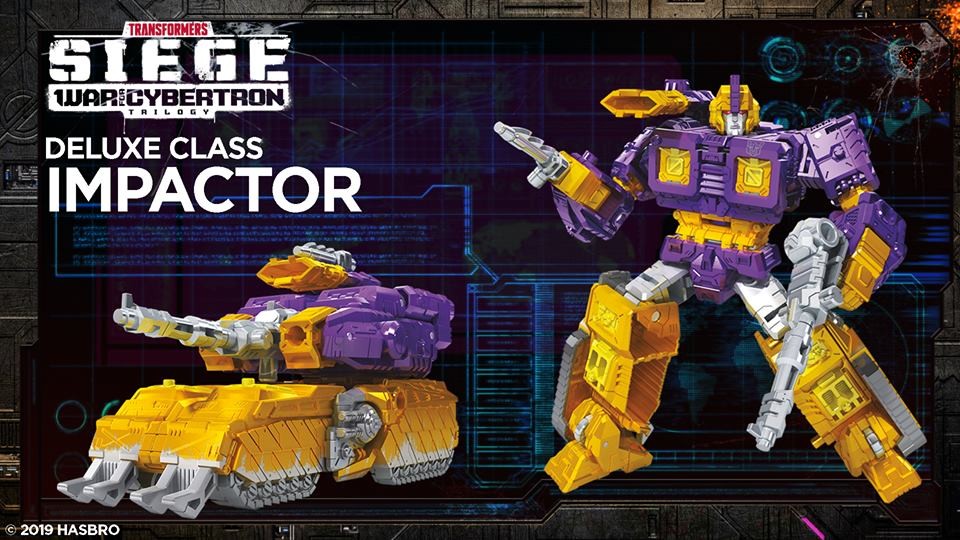 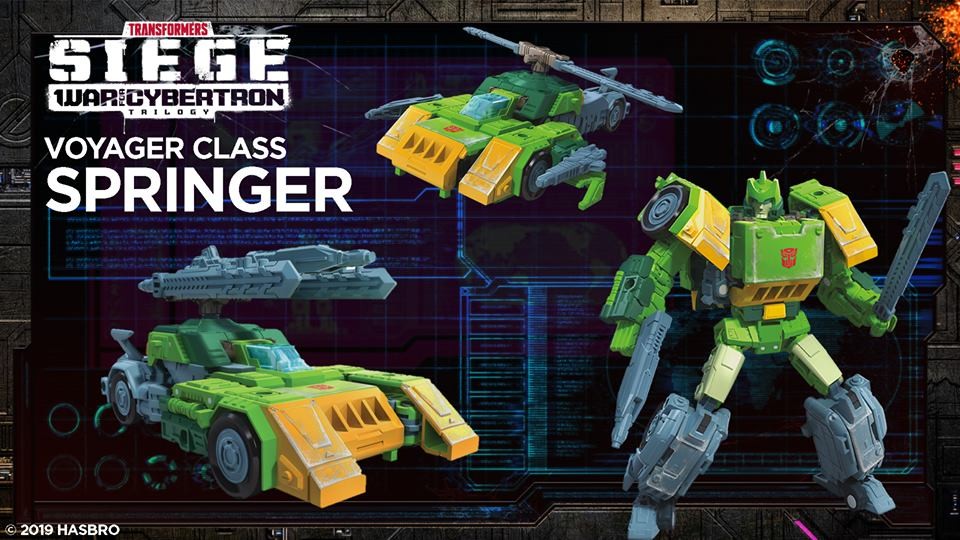 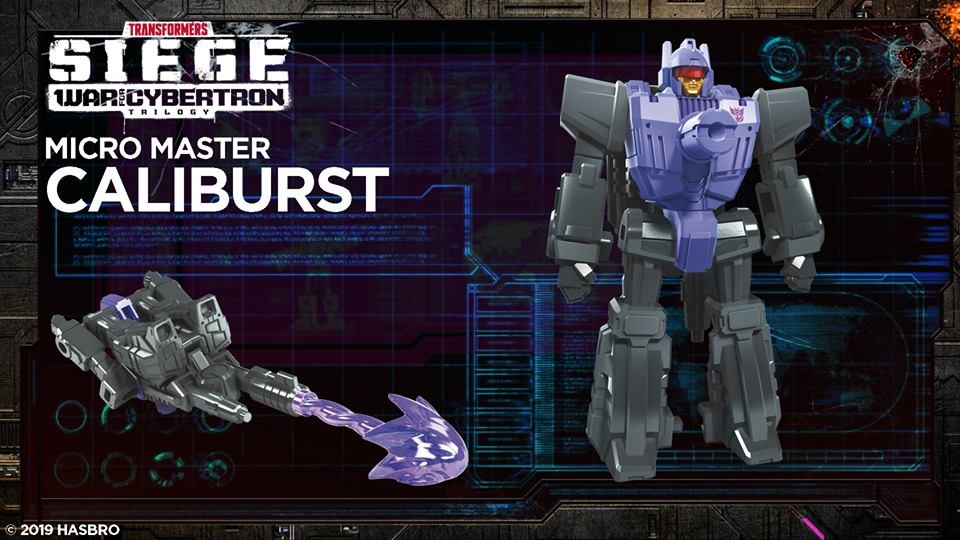 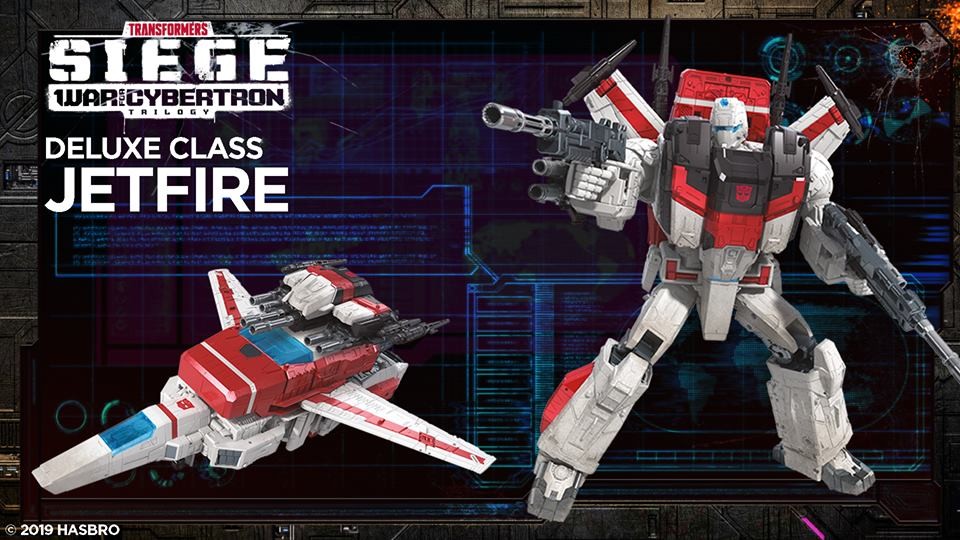 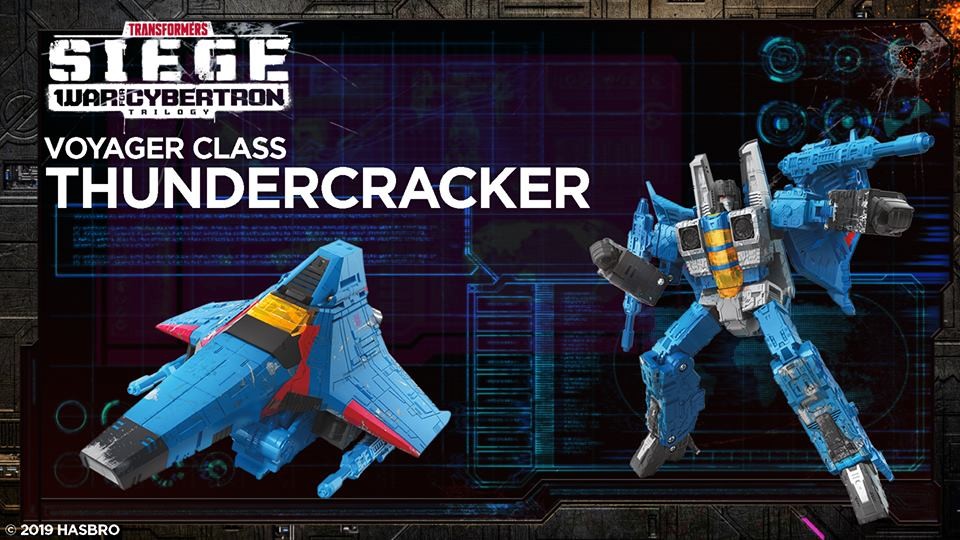 Re: Updates from Hasbro's Toy Fair 2019 Fan Media Day Presentation #tfny #hasbrotoyfair (2011196)
Posted by cloudballoon on February 18th, 2019 @ 10:59am CST
Deluxe Class Jetfire offers so much bang for the buck! What incredible value!

cloudballoon wrote:Deluxe Class Jetfire offers so much bang for the buck! What incredible value!

Hasbro made another mistake in their official promotional images. Smashdown and Caliburst are not Micro Masters. They are Battle Masters. It's interesting to note that we haven't seen anything new of the actual Micro Master price point aside from Countdown, who comes with Omega Supreme.
Re: Updates from Hasbro's Toy Fair 2019 Fan Media Day Presentation #tfny #hasbrotoyfair (2011219)
Posted by I_AM... MEGATRON! on February 18th, 2019 @ 1:48pm CST
Beware, Hasbro Pulse will charge your card immediately if you preorder!

DotM Prime is my thing. I just finished having a go at painting up my SS32 Prime which is basically the same figure minus the trailer so will likely try painting that one up too when I get it.
Re: Updates from Hasbro's Toy Fair 2019 Fan Media Day Presentation #tfny #hasbrotoyfair (2011222)
Posted by william-james88 on February 18th, 2019 @ 2:39pm CST


I agree 100% and I think we should celebrate since we rarely agree on things. I am surprised though since Springer is very blocky. He wears it as well as anyone could of course but I thought you were against that kind of aesthetic.
Re: Updates from Hasbro's Toy Fair 2019 Fan Media Day Presentation #tfny #hasbrotoyfair (2011227)
Posted by Wolfman Jake on February 18th, 2019 @ 3:01pm CST

william-james88 wrote:...Springer is very blocky. He wears it as well as anyone could of course...

SIEGE Springer is a thing of beauty! He makes the Thrilling 30/Generations/Legends version look like hot garbage, and that figure was fantastic!
Click here to view additional comments about this topic at the Energon Pub Forums ...