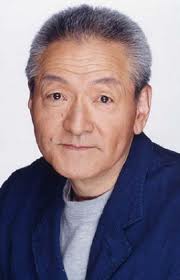 Beloved characters become like family to us, and it always a loss felt in the community when an individual behind those characters moves on. Takeshi Aono was 76 years old. He had a very successful voice acting career that included the voice of the monstrous Deathsaurus! His talents can be heard in the form of Kami-Sama and King Piccolo in Dragon Ball, as well as Fist of the North Star , Space Battleship Yamato and among many other roles, he dubbed the role of Christopher Lloyd's Doc character in the Back to the Future films and Joe Pesci's films in their Japanese releases.

Takeshi died as a result of complications following a stroke on Monday, April 9. He will be missed.