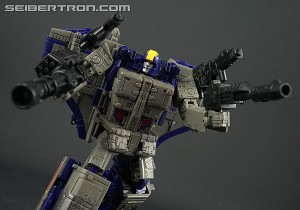 Thanks to our old pal Chuckdawg1999, we have a new video review to share with you! Today, Chuck takes a look at the final figure from the Siege line, Leader Class Astrotrain. While previous figures have transformed into a shuttle and train, this is the first version of the character to transform into his original G1 locomotive mode, rather than a bullet train or a Cybertronian train. While Astrotrain is being sold at the Leader Class price point, he comes out to be roughly Voyager sized, or as Chuck explains it:

Astrotrain is a good figure and a great note to end the Siege line on. Unfortunately, I don't feel it's worth the price it's going for now, but this is the new reality we have to get used to with Leader Class figures going forward.

On to the review!

Your thoughts, Seibertronians? While you're mulling over the review, why not check out Seibertron's high quality galleries of this figure to see if that will help make up your mind. Please share your thoughts below! Astrotrain hasn't been widely spotted at retail yet, but should be hitting stores just in time for the holidays. 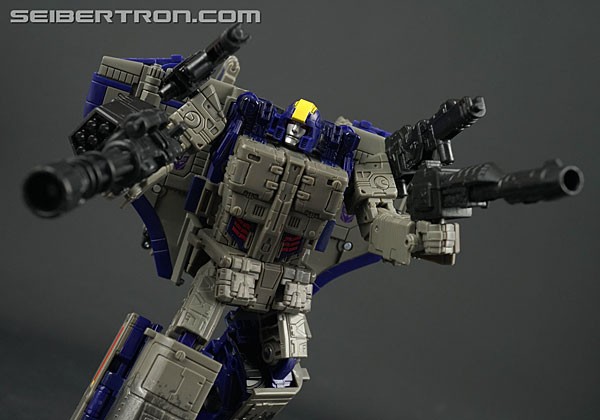