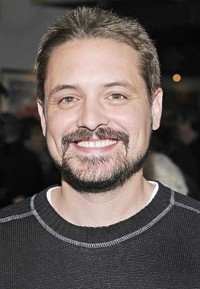 IGN has posted an interview with the voice of Transformers Prime Bumblebee, Will Friedle. Friedle discusses how he landed the role, which was secretly solicited to candidates as Bluestreak. He also gives his thoughts on how to voice a character who up until tonight's series finale episode, "Deadlock", has only communicated through various sound effects.

IGN: Speaking of which, was it fun for you to be working with this Transformers cast, which has some of the same voices from the old show?

Friedle: Yeah, I mean it's amazing. There's no other word for it, it's amazing. I didn't get a chance to actually work with them, but on-screen, when Peter Cullen, in that voice from my childhood, says, "Bumblebee" -- and it's going to be my voice answering -- it's like, are you kidding? I'm gonna make that my ringtone! So that to me is just an incredibly cool thing, just unbelievable. I got the same kind of vibe when I was working with Larry Kenney during ThunderCats -- those icons of not only the animation world, but those shows that were so important to me as a child. I mean, to say you're a part of Transformers, and as Bumblebee on top of that, is just unbelievably cool to me.

i think this is the first time i see a modern photo of him.
Re: Will Friedle on Voicing Transformers Prime Bumblebee (1506863)
Posted by Sabrblade on July 26th, 2013 @ 10:55pm CDT
He was so great in tonight's episode.