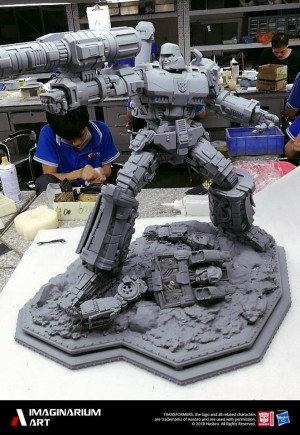 Courtesy of their official Facebook page, officially licensed Transformers statue makers Imaginarium Art have posted process images of their printing facilities, featuring the gigantic MEgatron statue that is currently in the works in their line of highly detailed display pieces.

You can see in the images below the grey prototype itself in its various components, assembled, the gruesome base by itself, and the printing machines that the company uses for the production! Check it all out, and let us know what you think in the Energon Pub.

It nice to own a few printers to do our own printing. Quick and painless. Here comes Megatron! 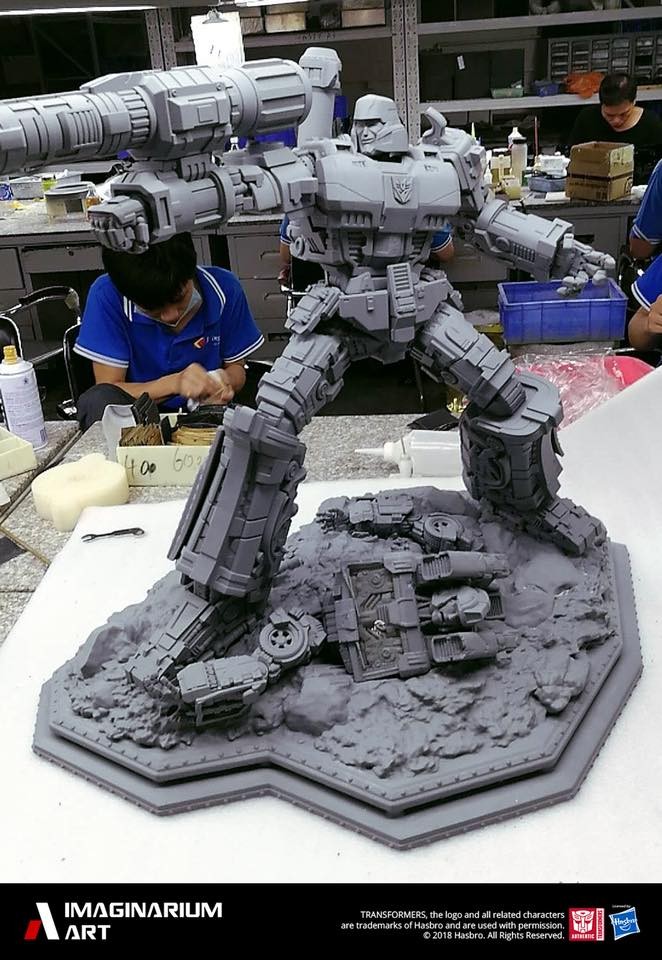 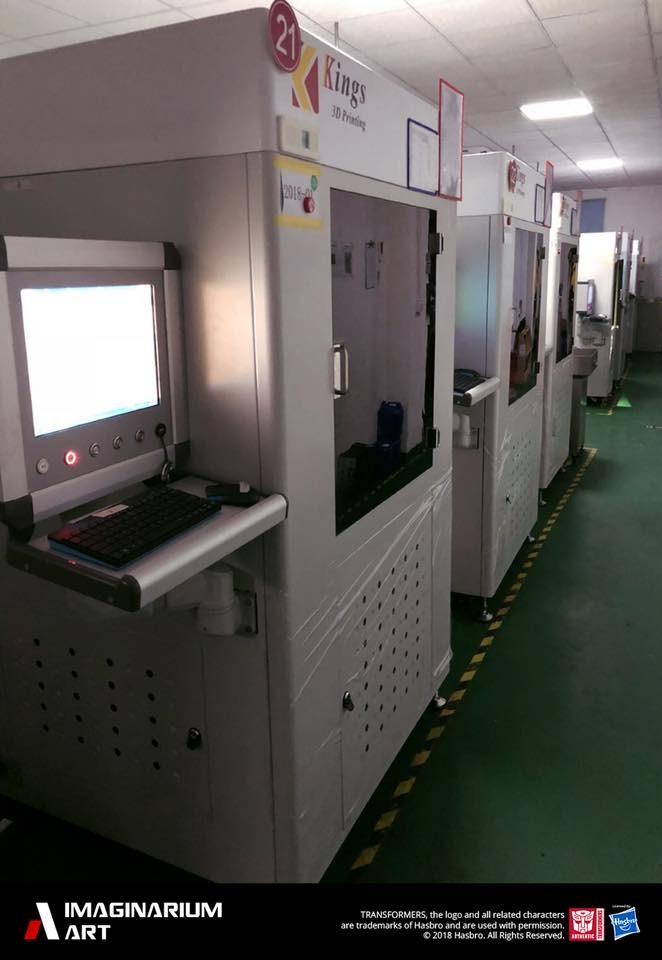 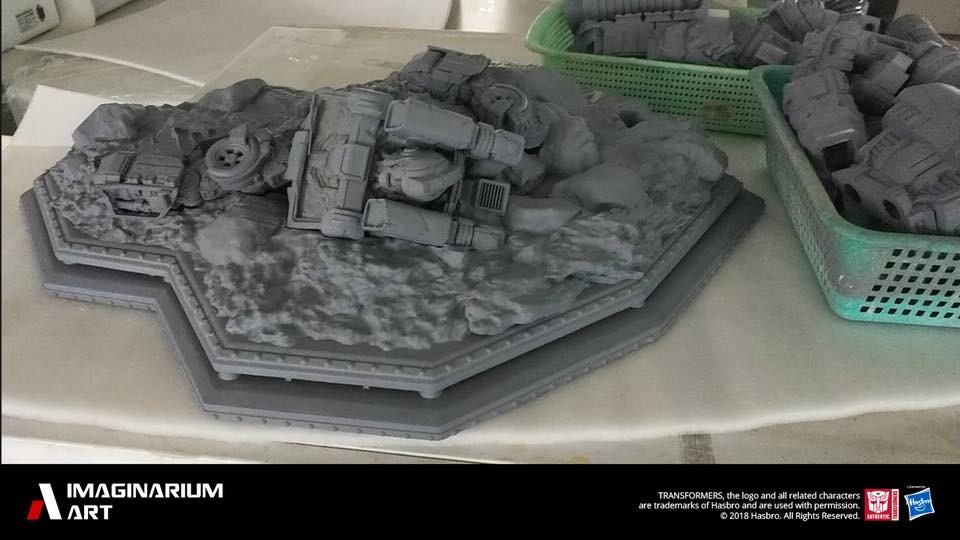 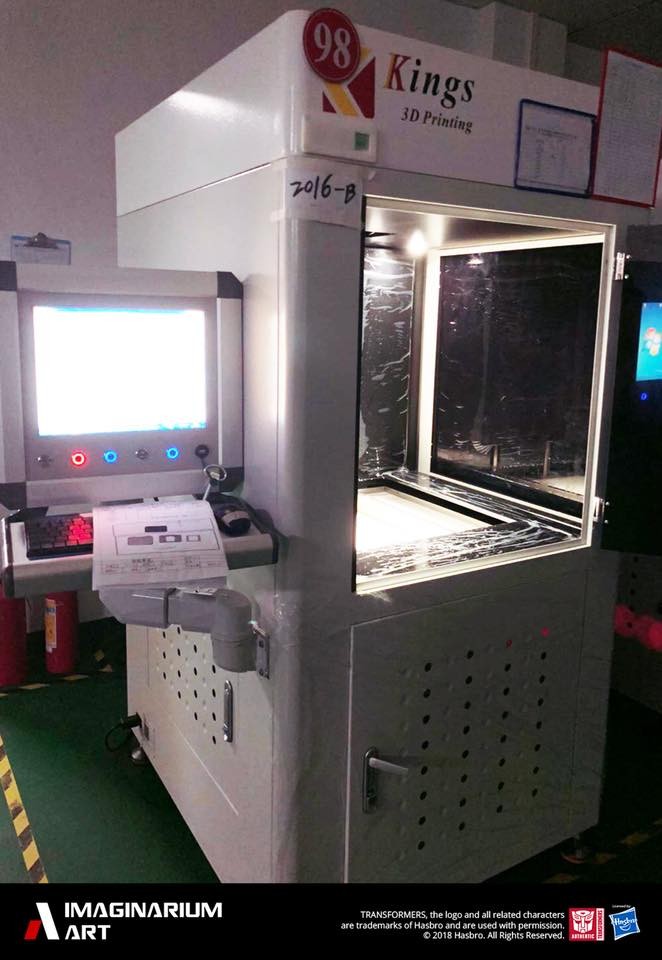 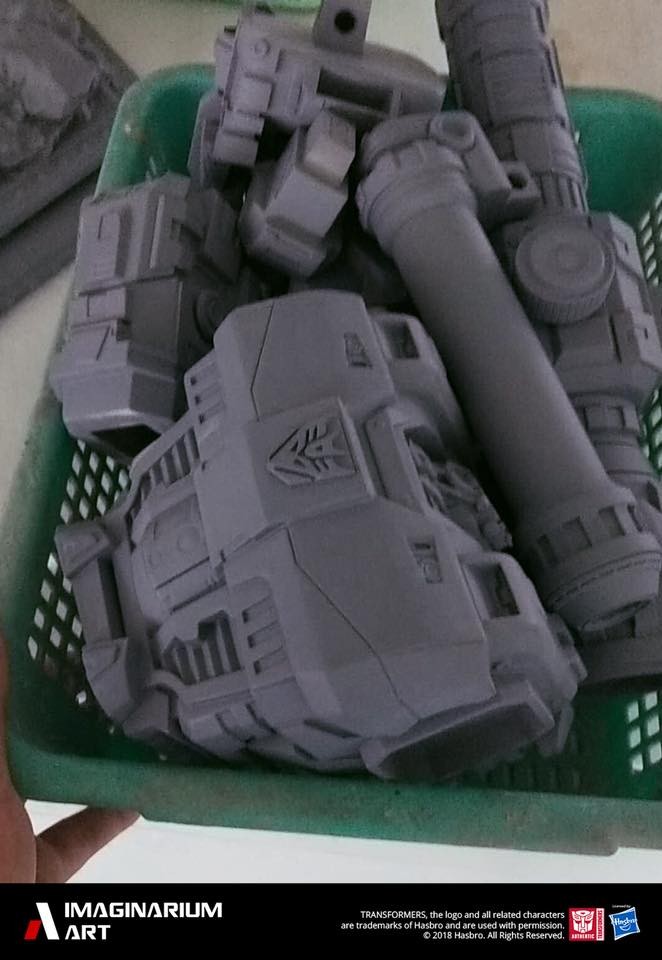 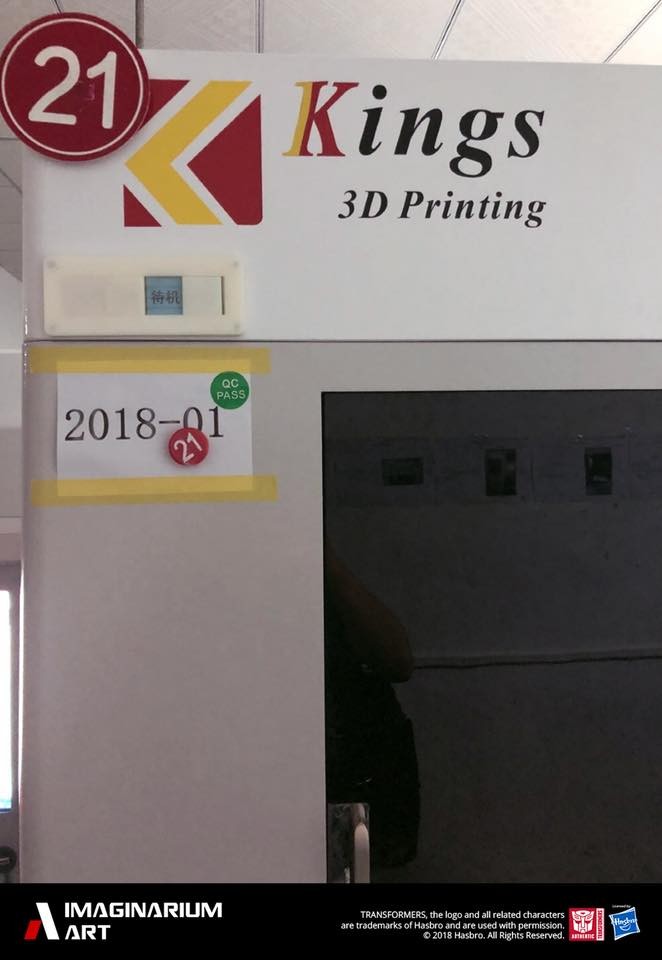 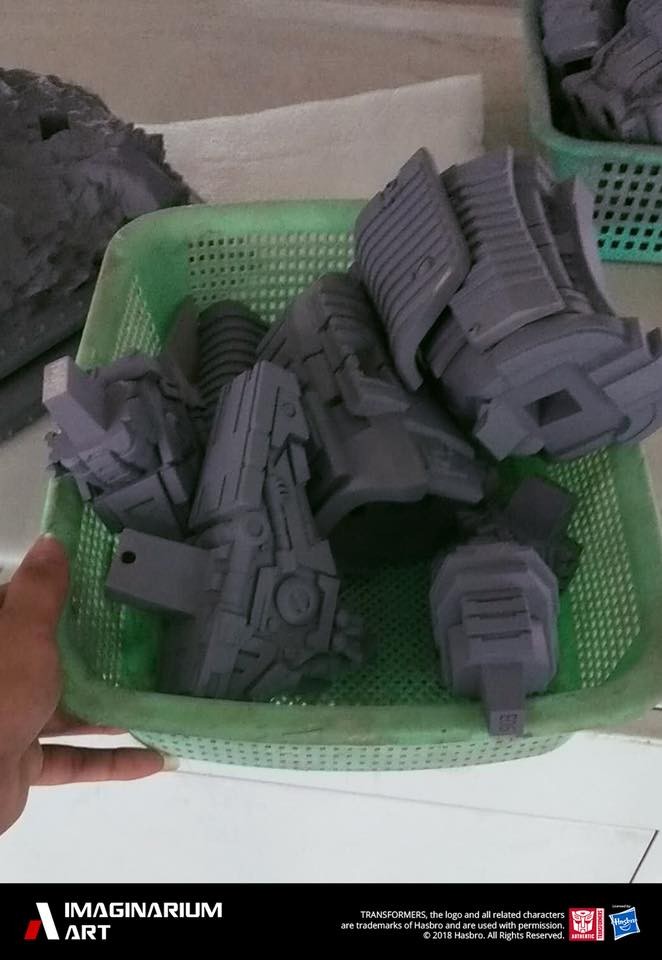 Posted 2 days ago
News Categories: Toy News, Movie Related News, Cartoon News, Comic Book News, Site News, Rumors, Event News, Digital Media News, Collectables, Sponsor News, Game News, Site Articles, Store News, Company News, People News, Press Releases, Reviews, Sightings, Unlicensed Products News, Auctions, Transtopia, Interviews, Knock Offs, Collector's Club News, Editorials, Heavy Metal War, Podcast, Contests, Book News, Top Lists
Click here to post your comment about this news story!
Re: WIP Images of Imaginarium Art Transformers Megatron Statue (1979607)
Posted by -Kanrabat- on August 21st, 2018 @ 5:31am CDT
Damn! That Megatron actually look pretty boss. And with it's size, it may be a 2000$+ statue that will cost 500$ more in shipping alone. Like that insane Starscream shown above. But if one have the money, space, and desire to have it then by all mean, go for it! I know I would if having the money and room to spare.
Re: WIP Images of Imaginarium Art Transformers Megatron Statue (1979643)
Posted by Nathaniel Prime on August 21st, 2018 @ 9:35am CDT
Wow, this looks amazing! The price tag will most likely put me off, along with my lack of space for it. Also, did he kill Ironhide? I don't know who else that is under him

Nathaniel Prime wrote:Wow, this looks amazing! The price tag will most likely put me off, along with my lack of space for it. Also, did he kill Ironhide? I don't know who else that is under him

Not like it's without precedent... and I'll be damned if any company making Transformers products nowadays misses a chance to call back to the Movie. 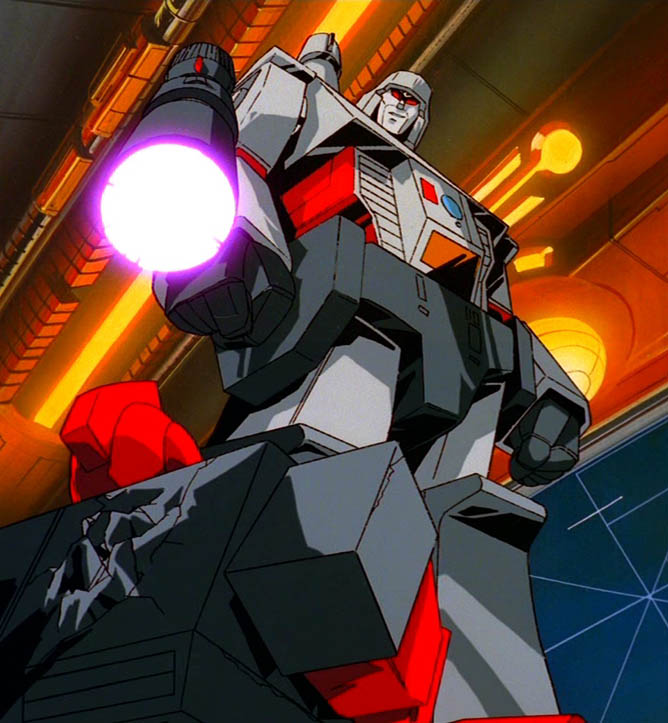 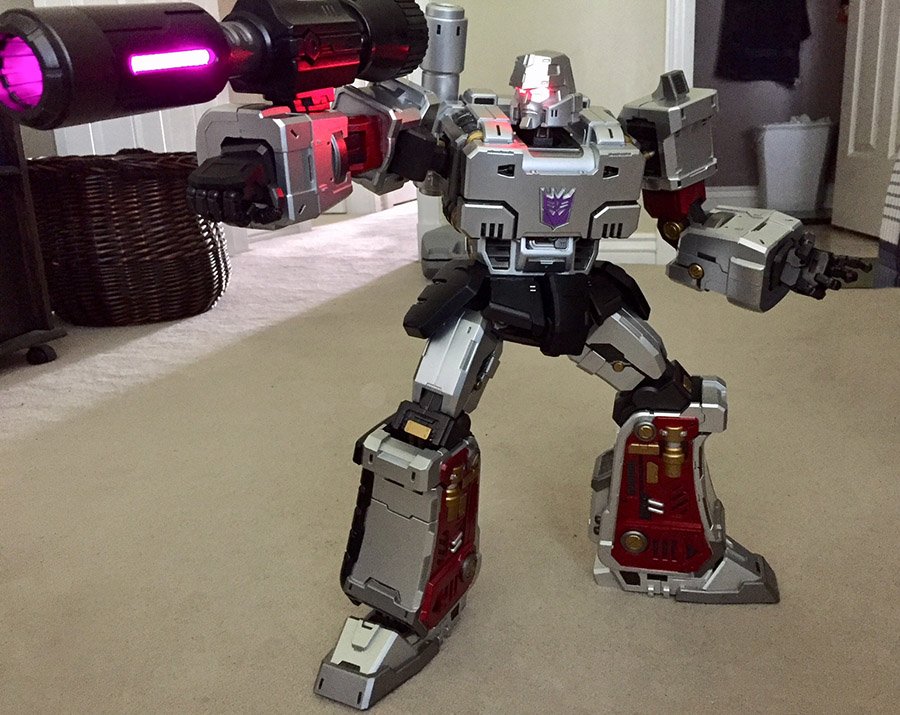 Still the new boy is beautiful <3
Re: WIP Images of Imaginarium Art Transformers Megatron Statue (2024311)
Posted by Nathaniel Prime on June 12th, 2019 @ 9:28pm CDT
Any news on that Arcee statue?

Re: WIP Images of Imaginarium Art Transformers Megatron Statue (2026902)
Posted by Stargrave on June 30th, 2019 @ 1:01pm CDT
Just in from Sunstar's Seeker Sanctuary is a new review of the Imaginarium Art Legacy of Cybertron Starscream Statue! This gorgeous piece is rather high priced at $399.00 but is worth admiring as a piece of art just the same. The statue is limited to just 200 pieces. Enjoy the review and let us know your thoughts in the forum.

Earthdate: 11/06/2019
This will be the second-most expensive purchase I have done for my collection outside of furniture – and once again I have no regrets. It is truly a beautiful figure.
Price point: $399 (USD)
Retailer: Big Bad Toy Store (BBTS)
Statue Edition: 053 of 200
Shipping weight: 7.68 kilograms
Shipping size: 58cm x 48.5cm x 35.5cm
Shipping cost: Approximately $200+ & $80Customs
Shipping duration: 5 Days (Sent on the 7th arrived on the 11th)
Shipping method: FedEx
Shipping
This was not as large as my first IM Arts statue, in fact the delivery man was able to carry it. I was able to carry it. Although it was still bulky. It took a little longer to ship than the first statue. Not a big deal. What was most important to me was that it arrived on the days I had off, which it did. So it arrived on a Tuesday.
It arrived at 12pm on the dot, which allowed me to make arrangements to stream it at 3pm later that afternoon – I hope to get those streams up on youtube in the near future. There was a customs fee with this shipment, but I am okay with that and it was expected.
BBTS: A++
FedEx A++

Once opened we got to the original packaging, which, again was well protected with plastic corner braces – so any unexpected bumps would not dent up the corners and damage the beautiful box inside.
The statue came in a single box this time, unlike the last figure that had THREE boxes. This box was black and white and very glossy. It, like the previous one, had a tech spec – although this one was not as good as it was in black and white – which kinda neutralised the functionality of it.
Packaging: A++ 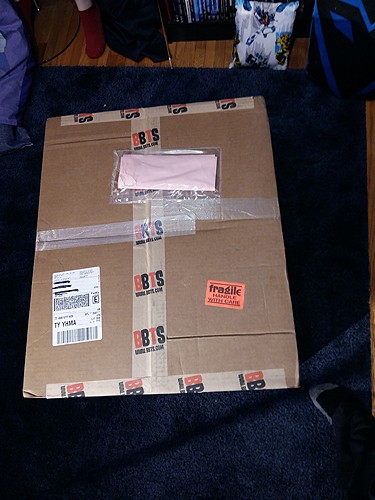 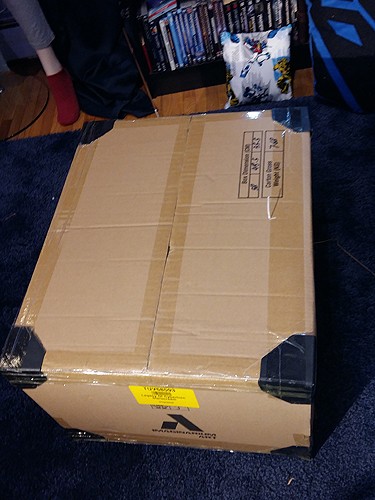 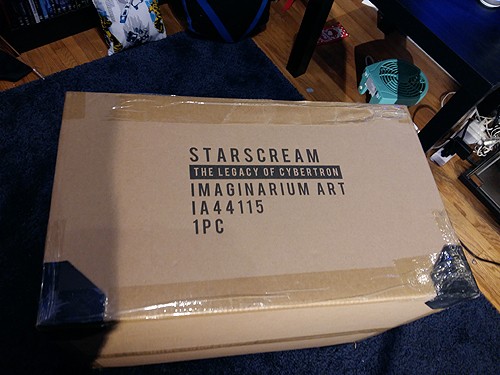 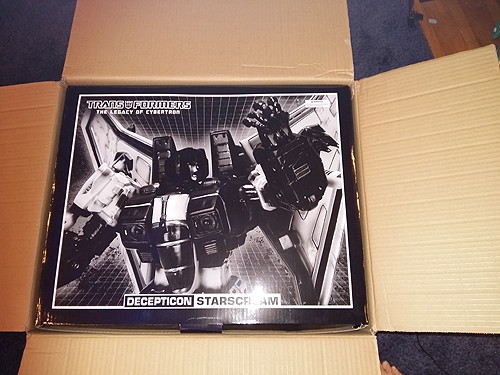 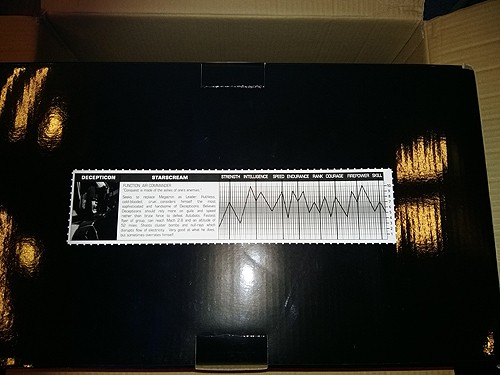 Statue Set Up
Some assembly required...
Unlike the last time, this fellow did not come with an instruction book. This was not too bad, as it was a lot simpler to put together, although the right leg is kind of scary.
Much like my first statue this one had powerful rare earth magnets to connect each joint. It came with a base two legs, two arms, two wings, two fists, two tail stabilisers, two weapons and obviously, a head and body.
Each part was carefully packed in thick closed cell foam which had a black velveteen fabric and each part was wrapped in a type of tissue paper. I partly imagined myself playing operation trying to fish some of the parts out of their little compartments.
This figure was a breeze to put together. Seems to have a very sturdy base and its very secure. The right leg is kinda bent upward and was a little worrisome as I hope that whatever is holding the magnets in does not give way.
It did not take too long to put the statue together. The question was, where exactly do I place it? Its not nearly as large as the original one, peaking at a maximum height of 22 inches.
I did try to remedy my lack of space by getting full glass doors for my Ikea Billy bookcases - a story of woe for another day. I will document the upgrade next week likely – because it's complicated. I had also set up my second Ikea Detolf cabinet just in case I needed to use that.
Ultimately It went into the Billy display, although I had to remove the glass shelf – this will go into the other one next week.
Once I had it lovingly displayed I realised I had not checked out what its LE Number was, so I had to take it out and carefully remove it from its base to check it out. Unlike my previous statue, I have no easy way to view its edition status, unless I changed the bottom shelf to glass – that is still a possibility as I plan to move the statue to the middle cabinet.
The paint on this statue is something to behold, a rich delicious cherry red, and beautiful blue. Its details are identical to the coronation statue, so this is easily the same being, just prior to him taking his crown.
All in all, he is a beautiful figure, and a lovely piece to add to any Starscream collection.
Statue: A++
Ease of Set up: A++
Helpful Spouse: A++
I think very highly of this figure and rate it an A++
Unlike my previous statue, I had zero problems. 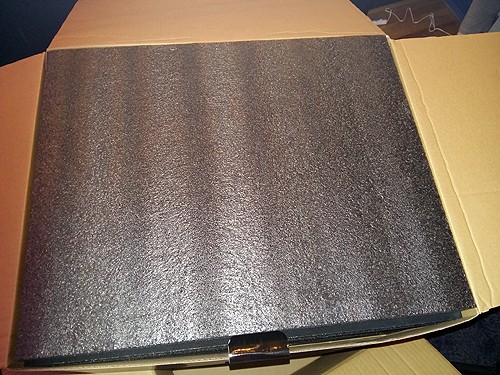 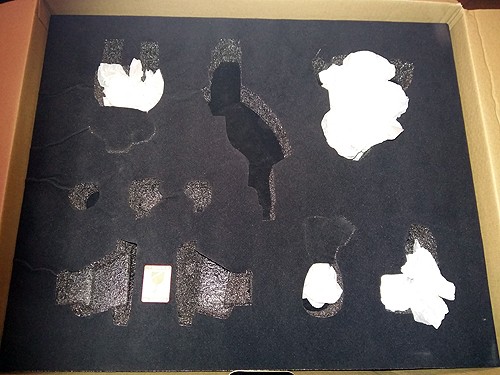 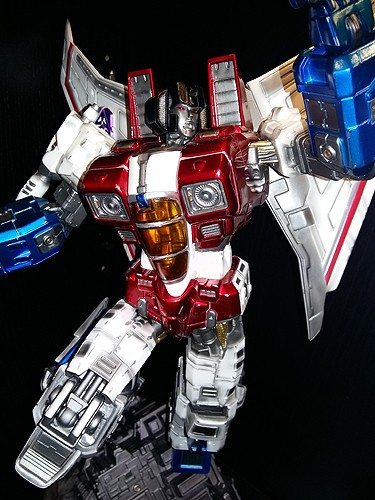 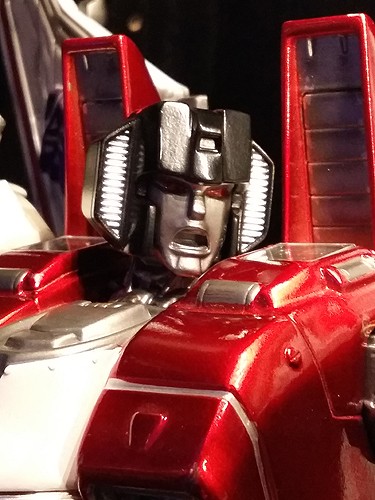 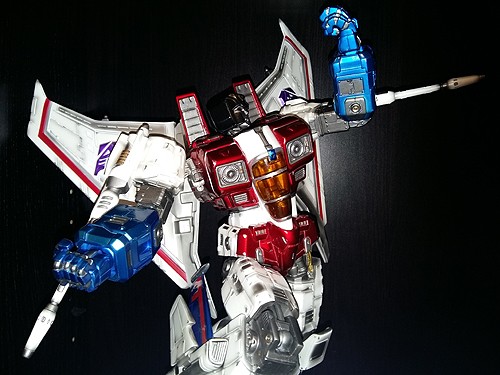 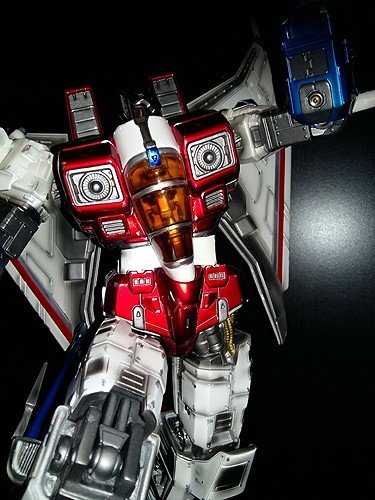 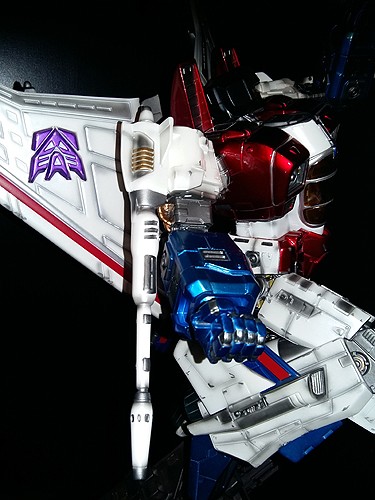 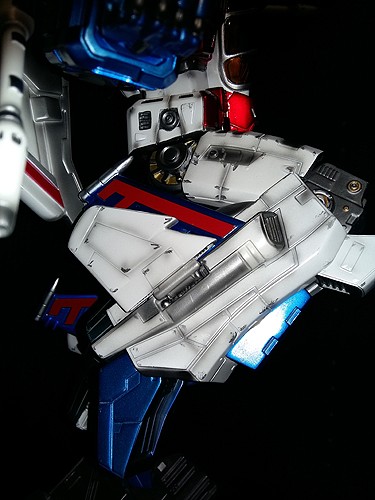 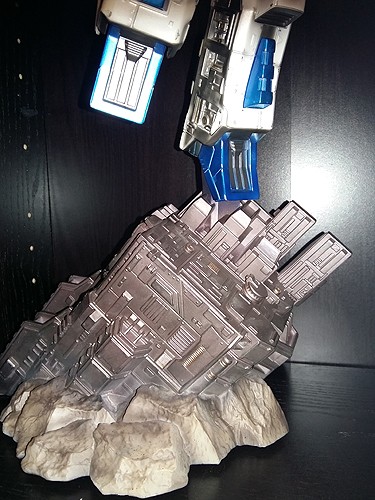 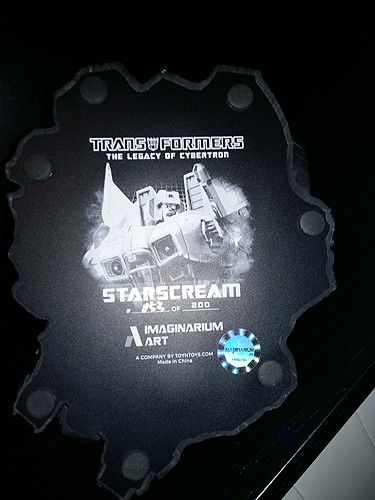 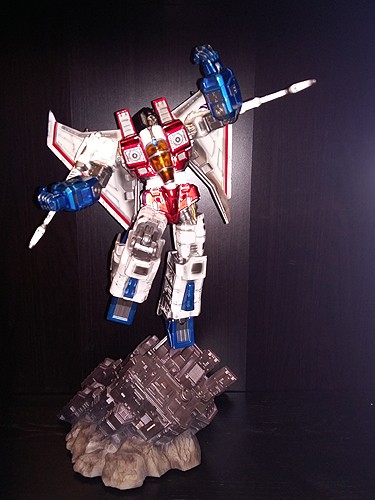 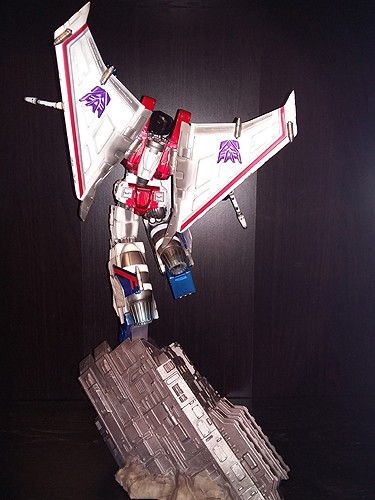